Comic Watch had the opportunity to talk with creator TJ Walker about Pandemic Punk, a trans-media comic book extension to the popular “Phoenix Run” franchise and among a few other things that he has coming down the pike. The Kickstarter campaign is currently running, you definitely don’t want to miss this extraordinary experience! Without further ado, we hope you enjoy our conversation with TJ Walker, creator of Pandemic Punk. 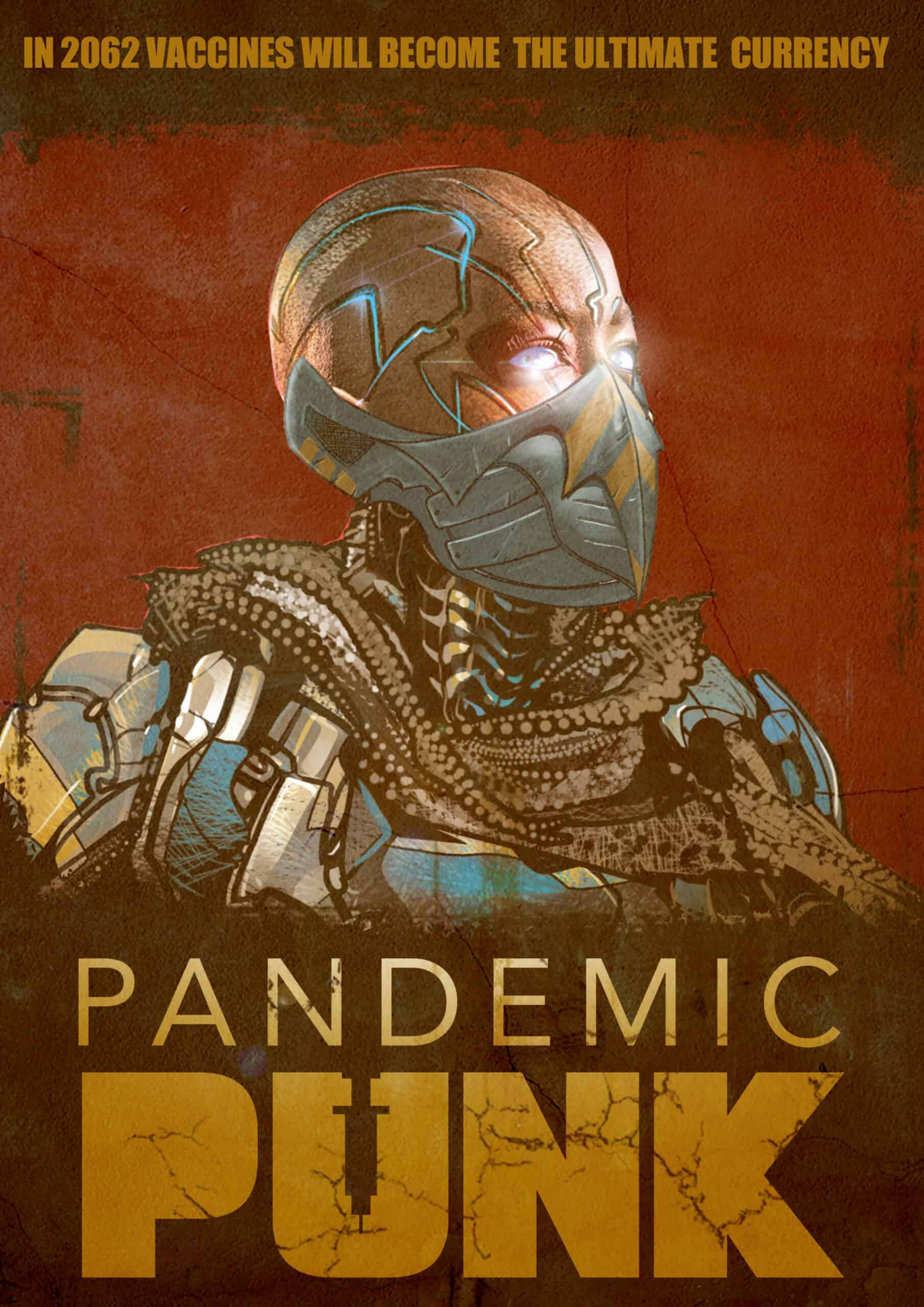 Comic Watch: Hi TJ, thank you for taking the time to talk with Comic Watch today. Pandemic Punk looks fabulous. For the people who may not know about Phoenix Run or JWalk Entertainment, can you give us a rundown on how Pandemic Punk came about?

TJ Walker: Phoenix Run started off as a trans-media web series. I filmed the 1st short film for it in my mom’s basement. The purpose was to create a series where we can tell the story over multiple platforms, in this case, film and comics, with short films acting as live-action opening chapters for the comic book stories. Phoenix Run Webseries went on to win over 20 film festival awards, including the GEEKFEST Best of Fest at Stan Lee’s L.A. Comic-Con and got a nomination from the web series portion of Raindance in London.

Phoenix Run now has a development deal for a full feature through Gunpowder & Sky.

Through all that, the comic book was put in an ever-changing mode of improvement and never released. The comic book has evolved into Pandemic Punk: Tales of the Phoenix Run, a trans-media interactive storytelling experience.

CW: How did the creative team for Pandemic Punk come together?

TJW: It started with me and writer Will Strode, there are some stories I wrote myself, like the Run from the night chapter, but Will created the foundation of the world based on my direction. I was on an extensive search for artists where each artist I contacted had to fit the style and tone of the story. I hired them for one artist, in particular, is Terry Boggan; he is the magnificent cover artist for the Run from the night chapter, and he is also a childhood friend of mine so getting him involved and working together on this was a special treat for Pandemic Punk.

CW: With the success of Phoenix Run, was a comic book the next evolution in telling the Phoenix Run story?

TJW: The comic book was always the plan from the start; we wanted to tell the Phoenix Run story over multiple platforms, it was created as a trans-media series. I’ve done research on new ways of storytelling using technology and multiple platforms, I’ve had meetings with successful convergent media storytellers like the guru himself Jeff Gomez. With the knowledge, I gathered over the years and the success of the Phoenix Run web series, now is the time to release the comic book.

CW: What is about solarpunk that sparked your interest to build a world within the genre?

TJW: This came about back when I filmed Phoenix Run: Home, which is now available to watch on Amazon Prime or the Dust Channel on YouTube. At the 2 minute mark, you can hear her talk about an omni processor.

The omni processor is a real-life technology that Bill Gates backed that uses steam to generate electricity and clean water in third-world countries. This would fall more into steamPunk, but I wanted to add all forms of clean energy into the dystopian near-future of Phoenix Run.

It’s a change from the usual cyberpunk smog-filled worlds we’ve seen over the years.

CW: When people read Pandemic Punk, what should they take away from the story?

TJW: The good in humanity will always find a way to shine, even though the darkest and most desperate times.

CW: What have been some of your favorite experiences with bringing Pandemic Punk to life?

TJW: Working with the creatives, being able to jam with the awesome artist involved, working with the letterer, colorist, animation, and writers, creating the interactive app to combine the collective talents work, it’s all golden to me.

CW: TJ, thanks again for talking with us today; it has been our pleasure. I do have one more question before we let you go. What’s on the horizon for you and JWalk Entertainment?

TJW: Thank you so much for having me!

Jwalk Entertainment has a few film projects that are set for release in 2022 that are Directed by me and power director Rick Walters.

Strange Dayz is a Sci-Fi horror anthology that features some Phoenix Run content as well as other short films we’ve filmed in the last couple of years.

We have Green Fiction, another trans-media project that consists of a comic book, soundtrack, and live-action web series starring Noel Gugliemi. You can check out the trailer here.

And a Phoenix Run full feature film is currently in development with Gunpowder & Sky.

Bringing People Together: An Interview with Christopher Carter of GlobalComix
December 3, 2021

Comic Watchers Show e0149: STEPHANIE PHILLIPS and PETER KRAUSE Talk WE ONLY KILL EACH OTHER!
November 25, 2021

A Champion Shall Voyage: An Interview with Andrew Kafoury of Battle Quest Comics
November 20, 2021