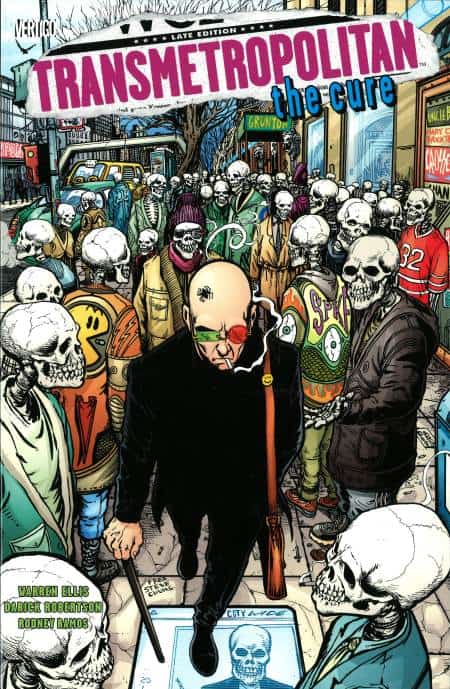 I think that quote, embedded in the artwork of Warren Ellis and Darick Robertson’s Transmetropolitan, was what made the name stick in my mind, but Steve Chung is a kind of spirit that all fans know on some personal level. Chung is open in a humble and awe-inspiring way about being a fan. His Facebook is a daily reminder to me of birthdays and other reasons to celebrate artists, actors, writers, editors and other talents who have given me a lot, with their work, but who I would otherwise, day to day, forget.

Chung makes me want to be cooler as a fan. His appreciation is heart-affirming. And, he’s a cool guy.

Travis Hedge Coke: What is it like to be seen as a superfan?

Steve Chung: It’s humbling to be seen as a superfan.

Hedge Coke: So many of us rely on you to remind us who is awesome and was born on a particular day. How far ahead to you prepare your birthday announcements for various celebrities and artists?

Chung: I plan the birthday posts the night before or the day of.

On Facebook, Tony Isabella, Peter Sanderson, and Dave Marchand also do birthday announcements.  What I don’t post first, they do, and then I do.

Hedge Coke: When was your first convention?

Chung: My first convention was the 1983 Creation Convention.

Hedge Coke: Do you feel you are a bigger fan than the average?

Chung: I feel that I am an average fan who is very interested in what he likes.

Hedge Coke: What comics do you read these days?

Chung: For me, good superhero TV includes good writing, good pacing, good acting, and actually having a plan for the entire season.

Hedge Coke: You were literally the first person online who made me feel un-alone in my love for the 1990’s Flash tv show, several years back.

Chung: What I love about Flash ’90: what would it be like for a guy in 1990 to be struck by lightning, thrown against a rack of chemicals, and wake up with powers?  Not being a comic book fan, John played it straight and realistically.  His Barry Allen wanted to be rid of his powers, then suffered a tragedy when his brother Jay died, and suddenly he saw what he could do.

Hedge Coke: I had a lot of surgeries back then, and my mom got me the tie-in comic while I was in for one, then a set of tapes someone had recorded the series from tv onto.

It felt modern. Superman started out with that “once upon a time” thing, and Batman had 40’s style clothes and stuff. The Flash really felt like it was right now.

Chung: For me, The Flash has both a modern and a timeless quality, with the art deco and Shirley Walker’s musical scores. 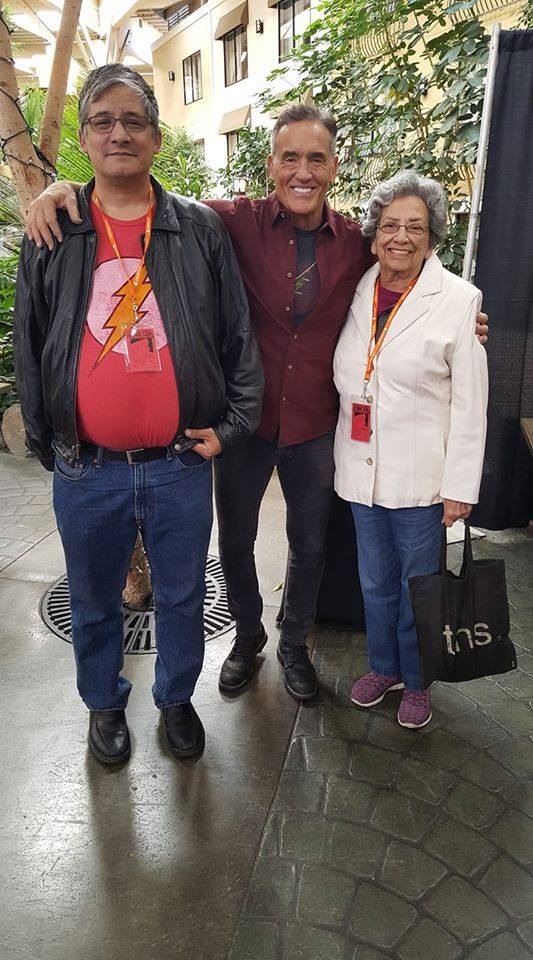 Hedge Coke: I love this picture of your mom, you, and John Wesley Shipp (who played the Flash on the 1990 series).

Chung: My mom got me started reading at age six with DC 100 Page Spectaculars, Marvel Treasury Editions, and Mad Magazine.  John told her I’m his comic book mentor and that he learned a lot about comics from my Facebook posts.

Hedge Coke: What advice do you have for fans meeting/dealing with professionals?

Chung: Be polite, be sincere,  and give the pro their space.

Hedge Coke: As a fan community, what can we do better?

Chung: Be polite, be sincere,  and give the pro their space.

ICYMI: An Interview with MATT LESNIEWSKI on his STATIC OGN from Dark Horse & More!
August 9, 2021