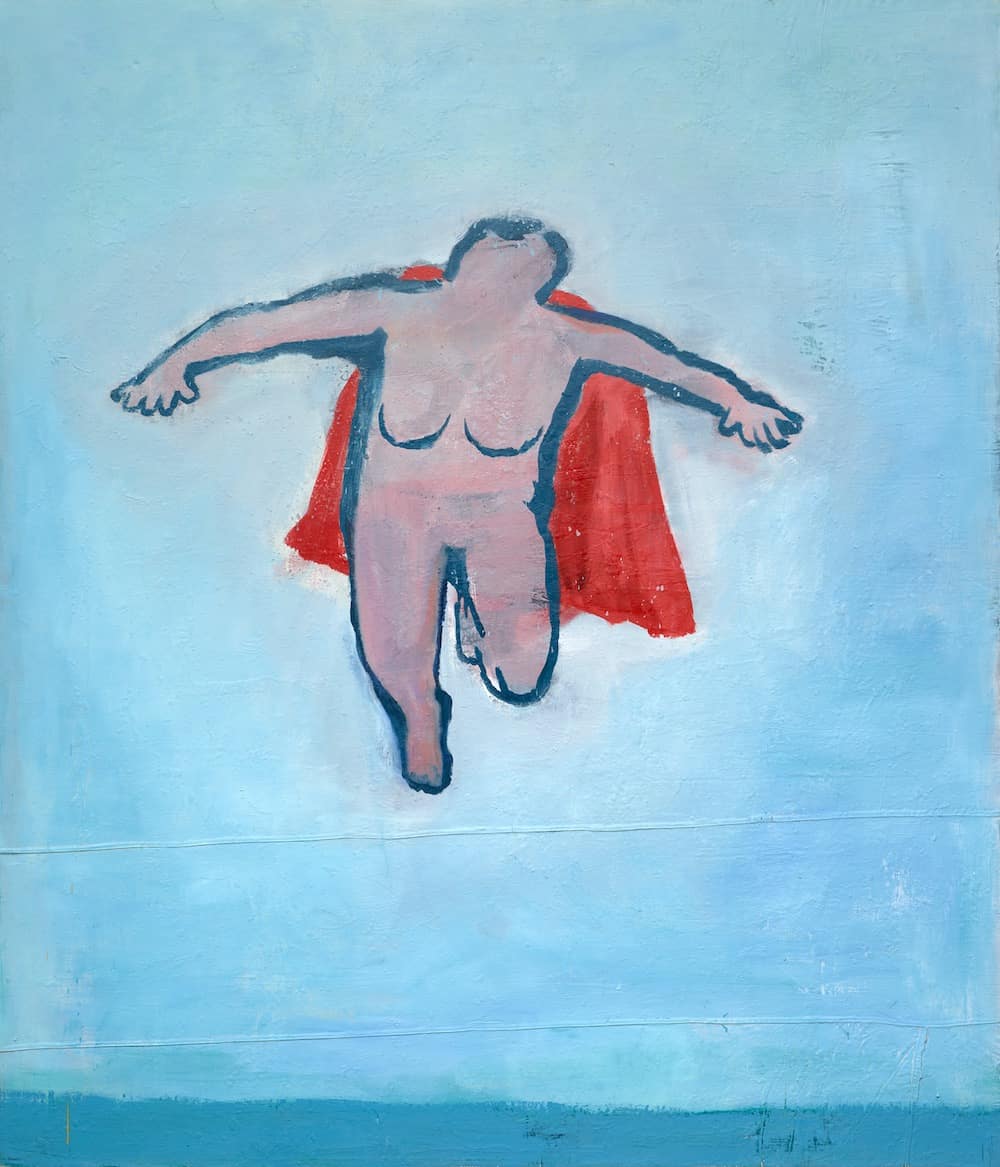 Katherine Bradford has distilled her representational figures to a set of abstracts. Swimmer, is one. Dancer. Superman. Superman is a role, a state, like ballet dancer or the crosswalk or slippy floor warning people. Her Superman transcends any owned and trademarked by a corporation, as does any of our own intimate Supermans. The Superman of Andy Warhol. The Superman in my head. The one a child draws tomorrow. 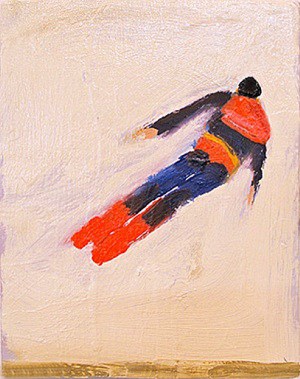 Bradford’s thick, clear, shaky figures inhabit blunt, flattened, well-lit worlds. She creates our world in paints that could be fat markers on cardboard. She makes signs and signs the world.

I am delighted by the stories about Katherine Bradford, that people accept some stories that make no sense, like the notion she began painting at eighty despite having painting for decades and being, in 2022, just now eighty years old. The idea that she has no arts education or that she is ignorant of the broader art world. It is nonsense. It can be checked in moments with an internet connection and most of her museum presence has the kindness of placards and write ups to tell you as much. 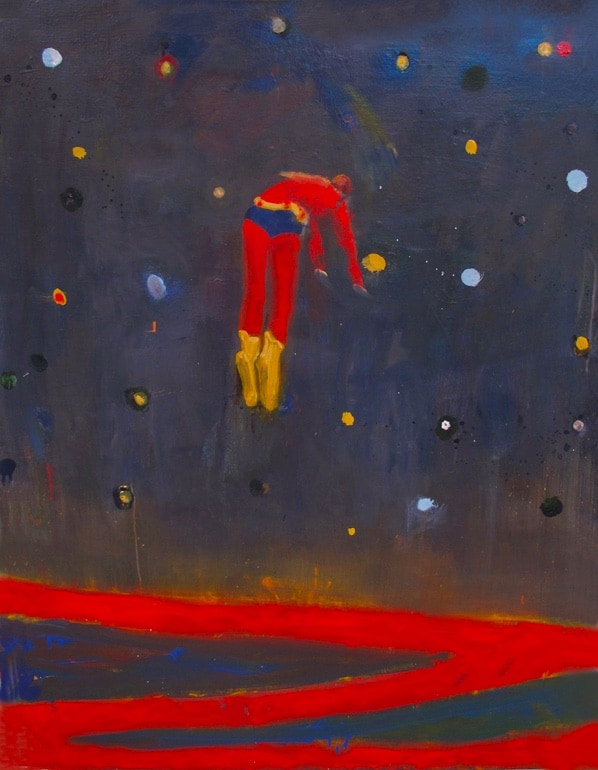 We accept absurd stories for the same reason, maybe, she gets to use Superman and do with Superman all the things DC Comics and Warner Bros will not. Bradford’s Superman is a pure streak of color in flight, a homoerotic twinned lover, has breasts, has no face. DC will give Superman an ant’s head, kill him, kill him again, even make a joke of him being swish after encountering pink kryptonite. But, breasts? Kissing himself?

Bradford makes Superman one and of us. 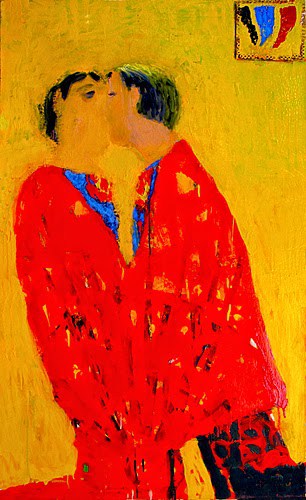 Why are we scared of it? 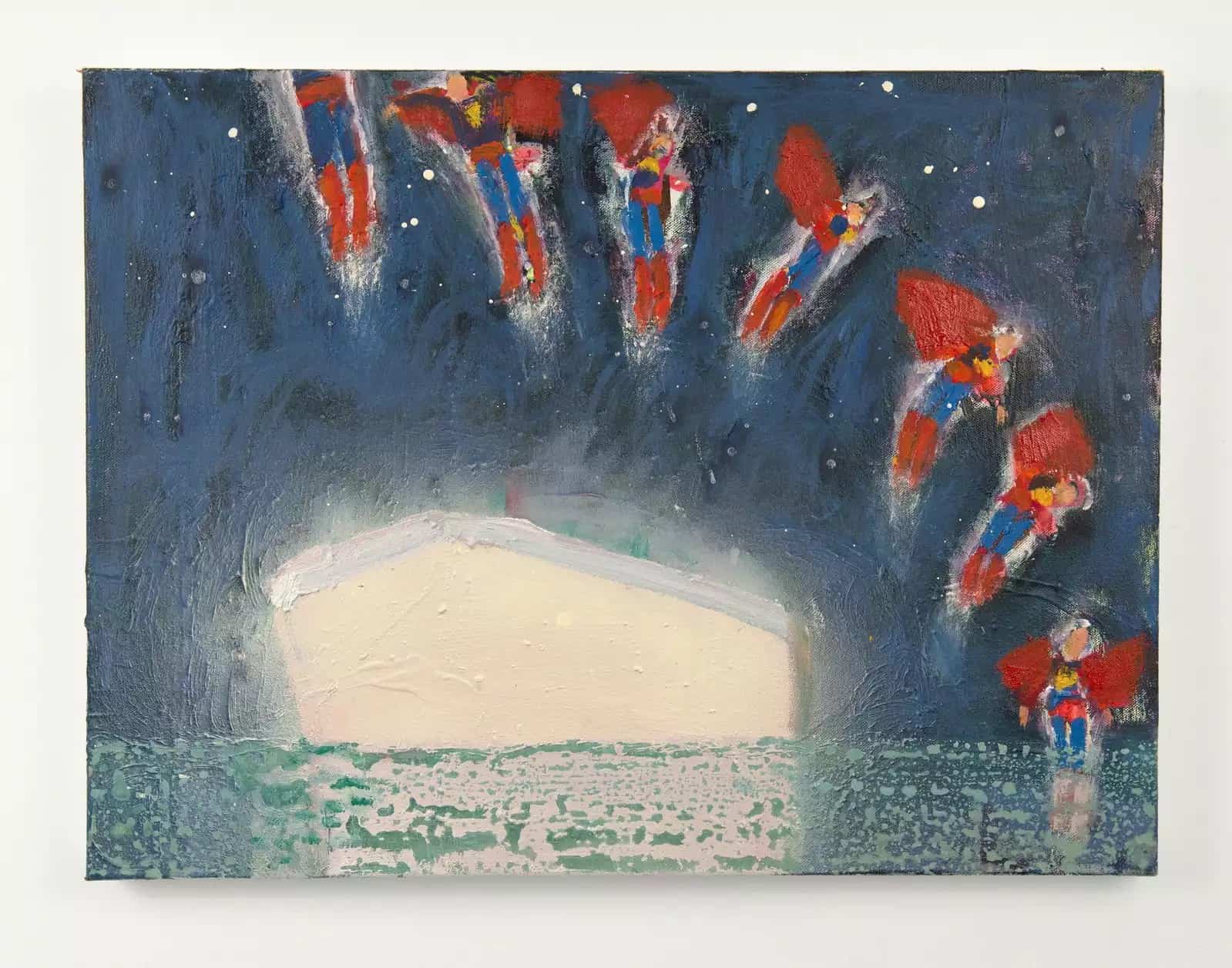 I am not giving Mark Waid a run for his money, but I know an absurd amount about Superman and I am afraid to ever say I am a Superman fan. Almost every editor in control of the Superman family of comics has been some kind of abusive ass. Decades of bad people directly in charge of Superman and steering his home narrative, the comics. He has a history of misogyny, gaslighting, a mix of sexist pranks and brutal condescension.

I think we all know more about Superman than we consciously attempted to learn. 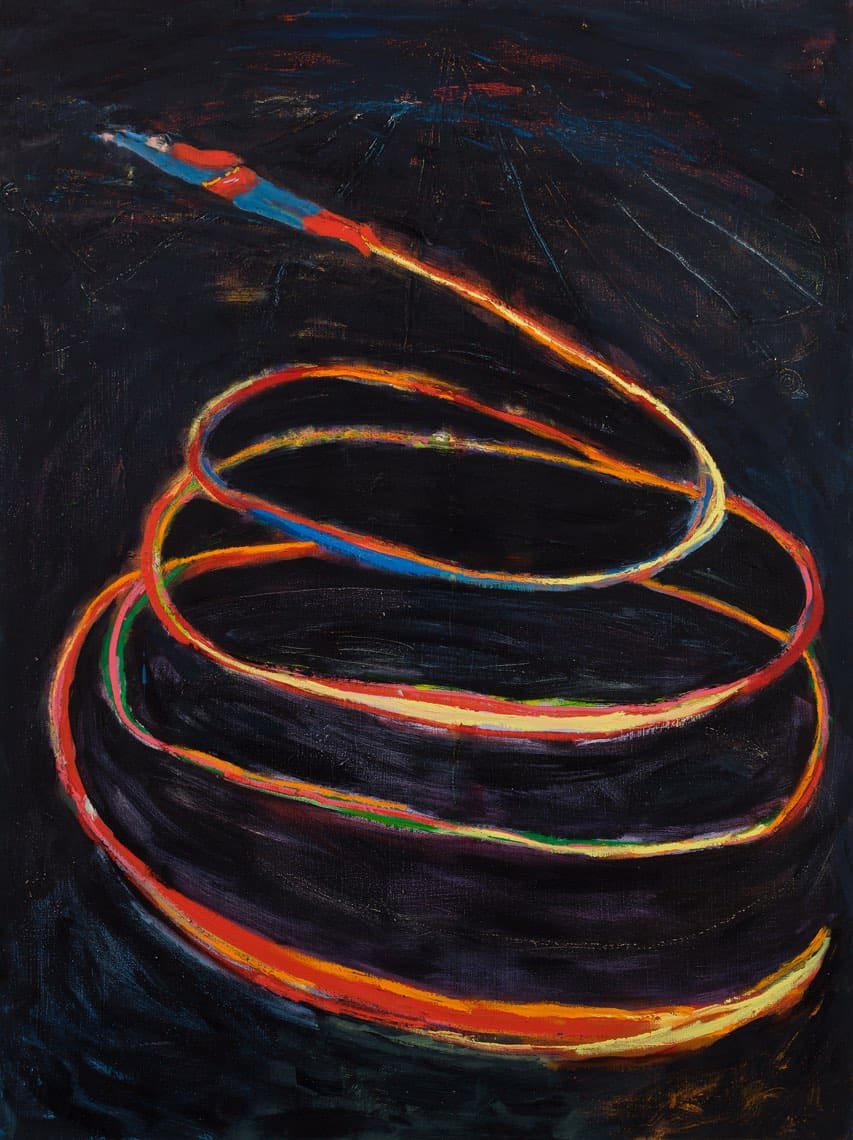