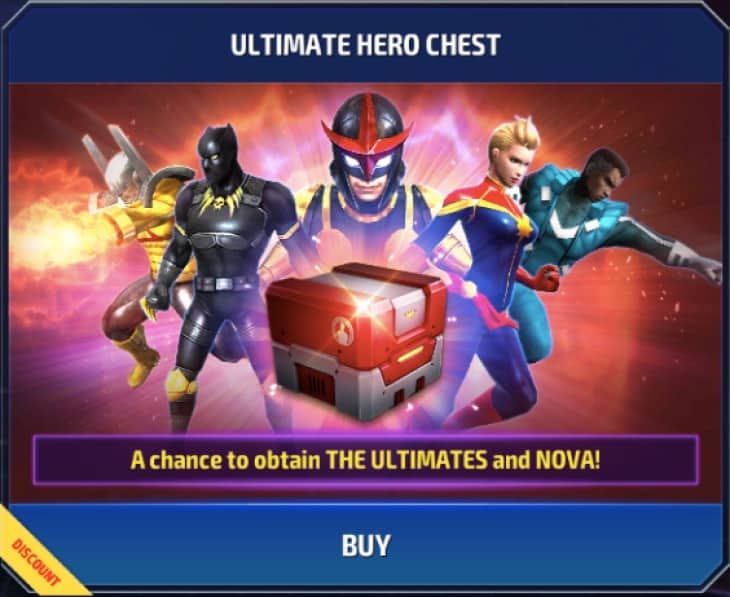 For those Mobile gamers who play Marvel Future Fight, there is some controversy over the most recent Update 3.6. This most recent Update has added several new characters including America Chavez, Blue Marvel, Quasar, Anti-Man, and Nova; however, this has been received with some harsh criticism from the fans of this game. The Update was premised as the Ultimate Costumes and Ultimate Hero Update, which would lead a Marvel Reader to believe that the Ultimate Universe versions of their favorite characters would be included, and to date, there is no such change in the app. The Characters were originally thought to be a Free add-on, yet the only way to receive them was through purchasing the Ultimate Hero Box, for a purchase of Crystals, which cost real currency.

After the news broke about the Update, the backlash caused an immediate call Boycott Marvel Future Fight. Twitter feeds erupted with the Hashtag #BoycottMFF.There was much contention that the characters would be free, yet now had to be purchased through the Hero Box.

I can report that as I am myself an avid user, I received the notice this morning about the update, and the one yesterday regarding the Scheduled maintenance, and was delighted to see that they had added rewards including enough Crystals to purchase the Ultimate Hero Box itself. So it would seem that the Administrators for the game did listen to the feedback, and try to make it right by the fans, at least with a gesture of good faith towards the users. The Update also adds on a 13th Chapter to the Story mode, which the prior Update had added a 12th to coincide with the release of the Thor Ragnarok film.

If you are looking forward to playing Marvel Future Fight, the Update is currently live, and you can download this as a free App on both Android and IOS. You can enjoy the new characters America Chavez, Blue Marvel, Quasar, Anti-Man, and Nova, as well as the 100+ existing characters.