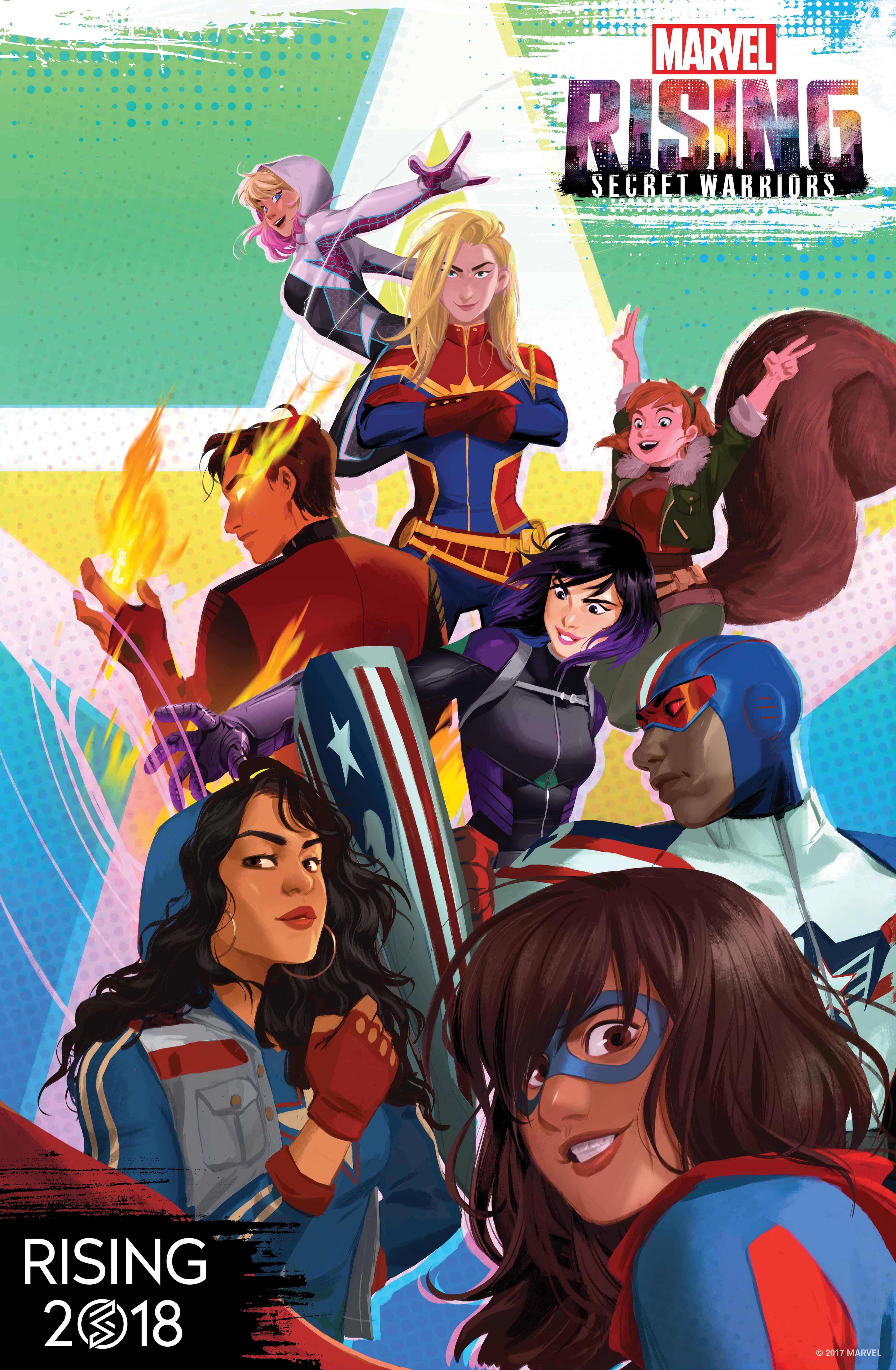 Today Marvel announced its newest franchise: “Marvel Rising.” A fresh new take on some of the most popular characters in recent years, Marvel Rising is intended to appeal to a younger audience and bring them into the Marvel universe. The project will begin with six, four-minute digital shorts that will lead into a full-length movie, “Marvel Rising: Secret Warriors,” which will premiere later in 2018. The Marvel Rising initiative will be similar to the MCU, and partnering platforms for the new universe will be announced at a later date. It can be assumed these will cross different media as the MCU previously has, and include movies, tv shows, and comics.

Sana Amanat, Marvel’s Director of Content & Character Development, stated “This project is unlike anything we’ve done before—from featuring the rising and fan-favorite stars of the Marvel Universe to a visually distinct animation style, this is a groundbreaking animated event. It’s an action-packed adventure, full of comedy, heart and powerful messages for every kind of Marvel fan.”
See more about the project here.