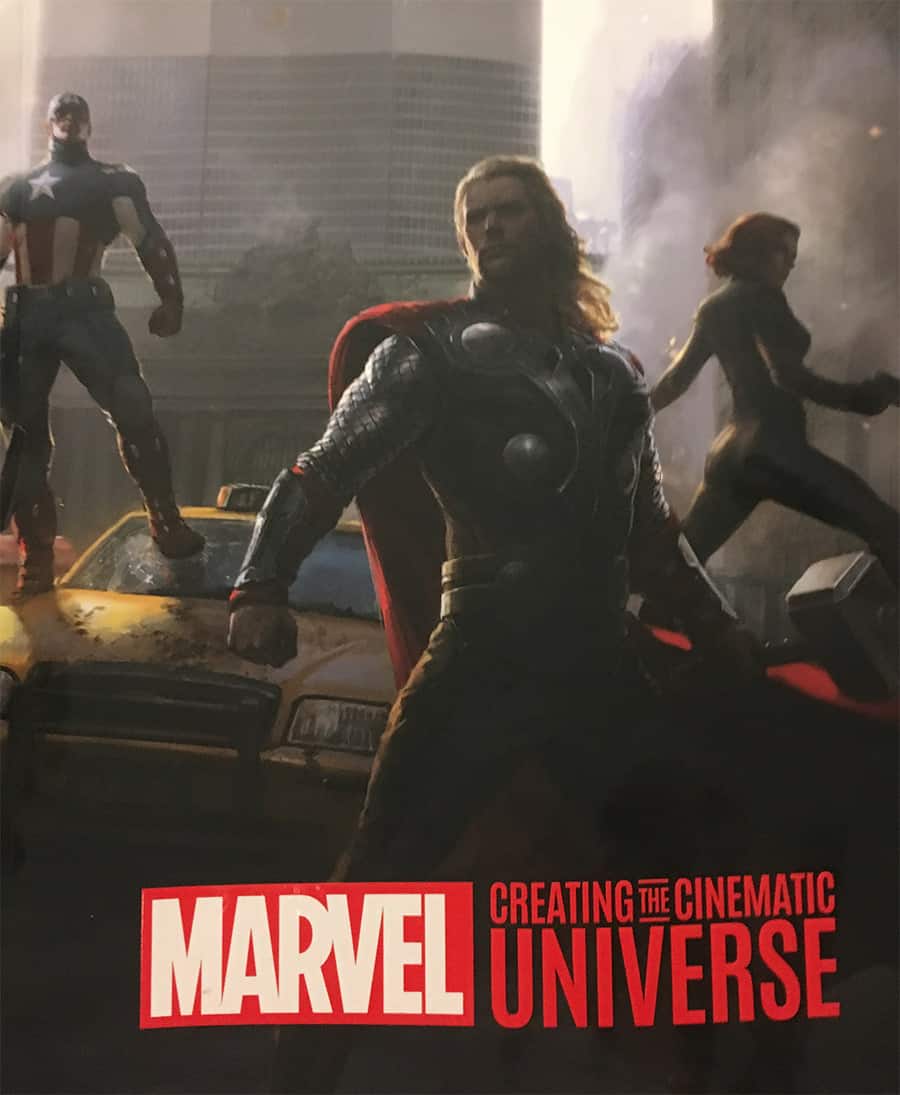 Being a local, I was ecstatic when the exhibit was announced, not to be shown anywhere else in the world. We were so lucky to have this amazing opportunity granted to us ‘Down Under’. Local Artist Wayne Nichols was commissioned to create artwork of Spider-Man for a giant size mural as the entry for the exhibit. 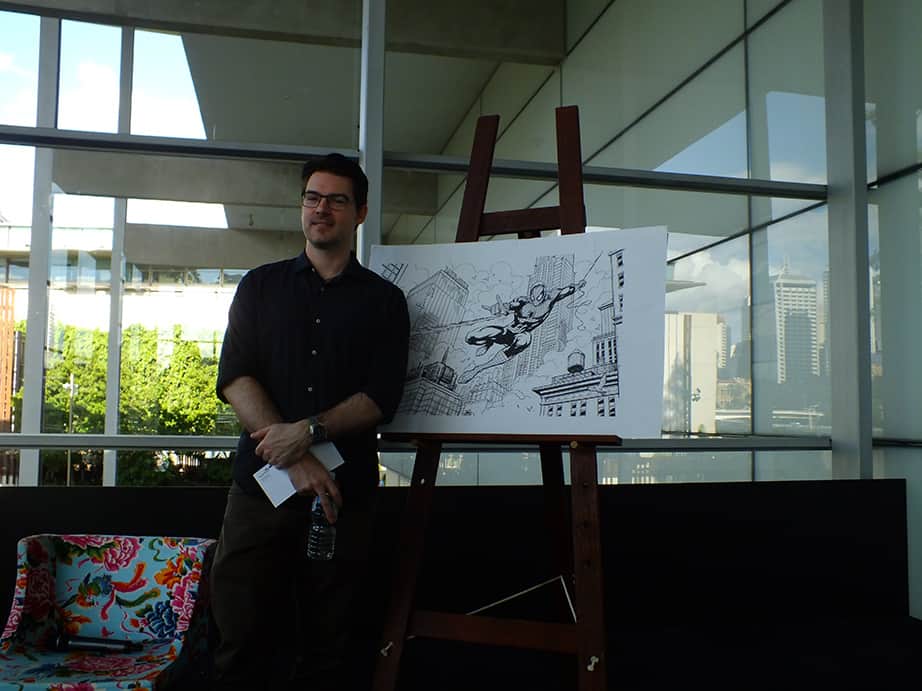 Wayne pictured with the original artwork. 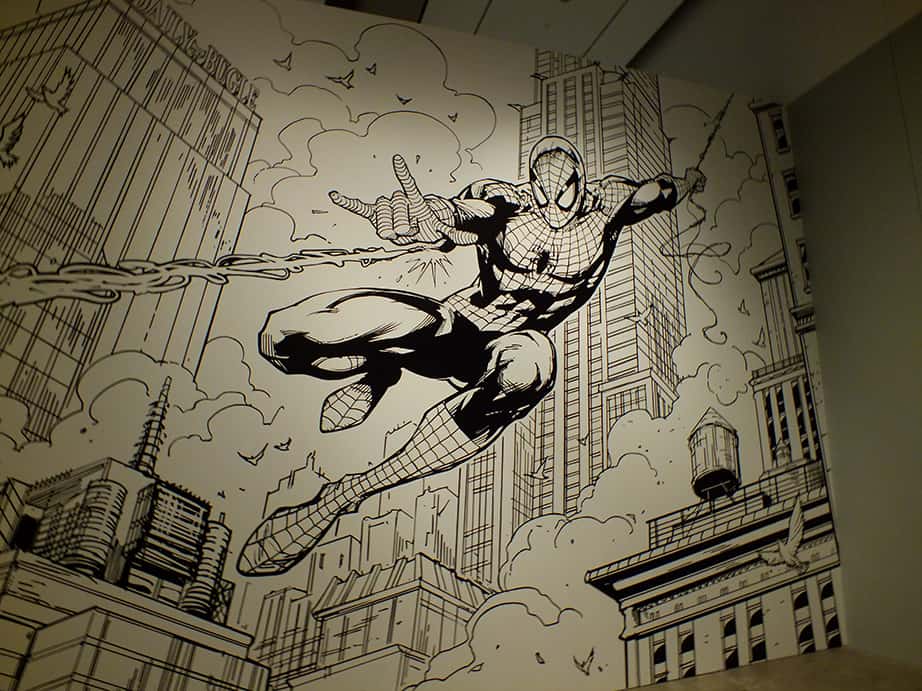 The entrance foyer also featured some special treats, including original paste-up work of Spider-Man by Stan Lee and Steve Ditko, as well as some original classic first issues on loan from a private collection. 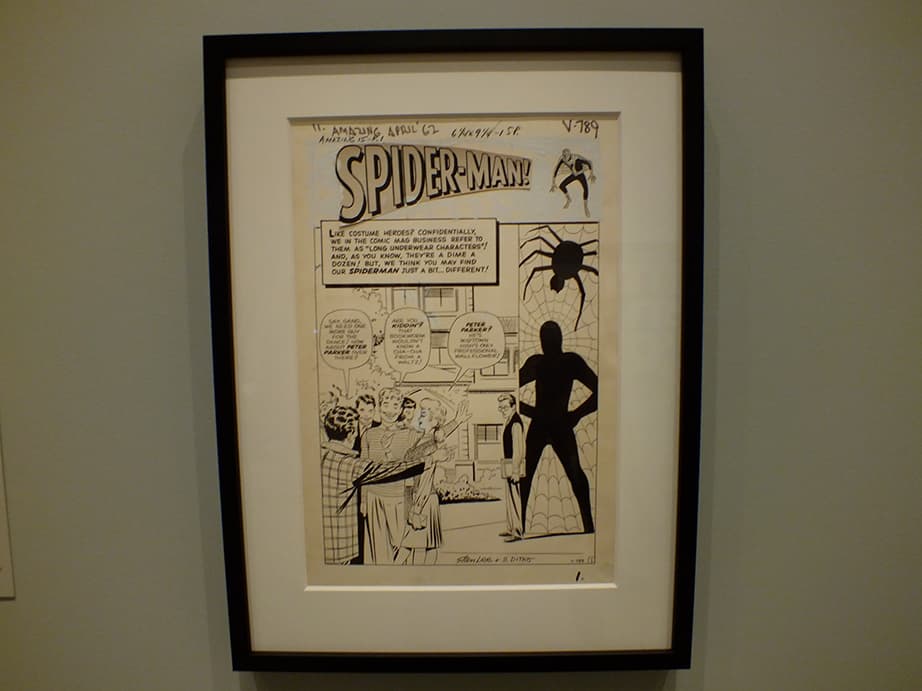 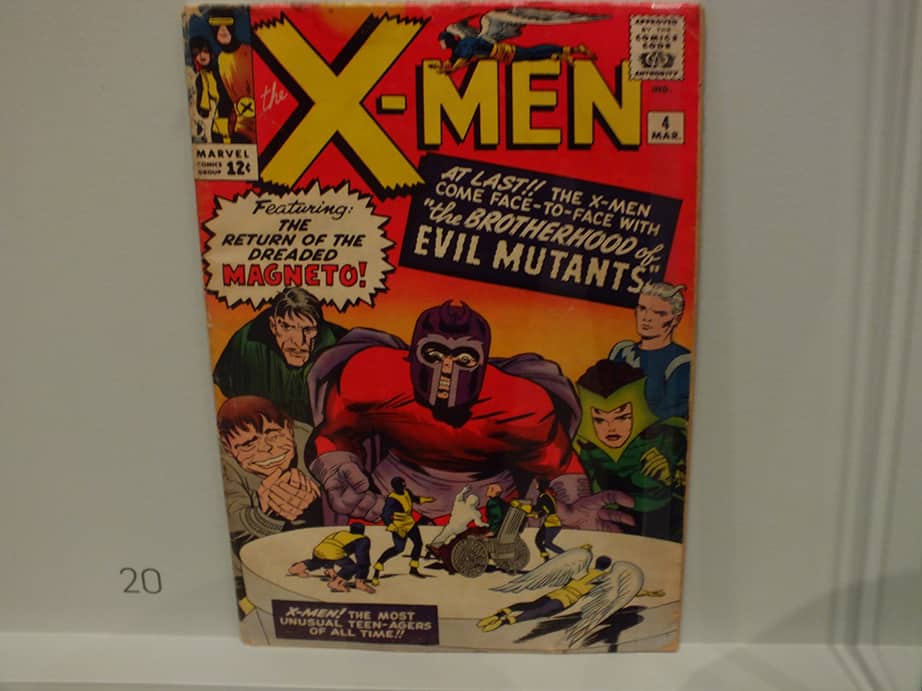 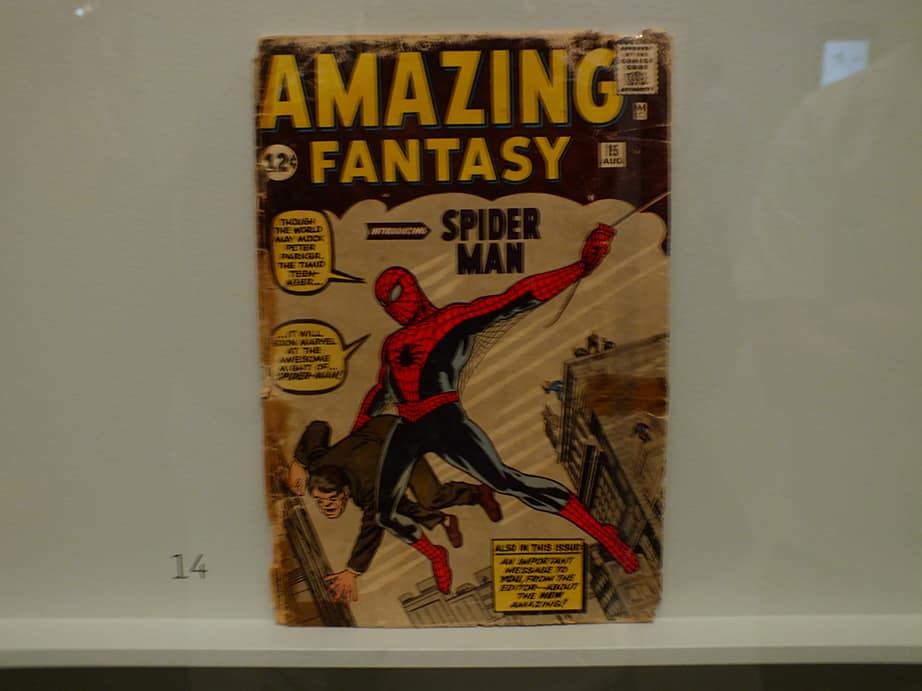 From here on in it was a fan’s dream of delights, with the rooms roughly broken up by the movies from which the pieces featured. Avengers, Asgard, Captain America, Guardians of the Galaxy, Dr. Strange, Hulk and Iron Man all had dedicated galleries.

While the life-size Hulk-Buster replica was amazing, one of my personal favorites was the Captain America museum exhibit as seen in CA2: Winter Soldier, having the audio exert just as in the film where Bucky learns about Steve was the perfect touch.

Without a doubt though, the two-star pieces had to be the Asgardian throne room set and Hulk’s gladiator bed from the new Thor: Ragnarok movie. The bed was made from the skull of the previous gladiator champion.

With so much on display, it was a magical experience to see the concept art displayed with the finished costume and character model to complete the process. One day I am sure there will be a dedicated museum for all this glorious history to be on permanent display. For now, it was an honor to witness just some of what goes into making the movies we love to come to life.