Multimedia Food for the Soul: An Interview with Ezra Claytan Daniels

Comic Watch’s Serina Gordon had an opportunity to catch up with revolutionary creator Ezra Claytan Daniels to talk about his critically acclaimed graphic novel, UPGRADE SOUL. UPGRADE SOUL, released in 2012 initially, is getting a massive multimedia upgrade, making now a great time to revisit this 2018 Dwayne McDuffie Award winner (for Diversity in Comics) and Eisner nominated work. You can take a look at all the recent news regarding UPGRADE SOUL here. 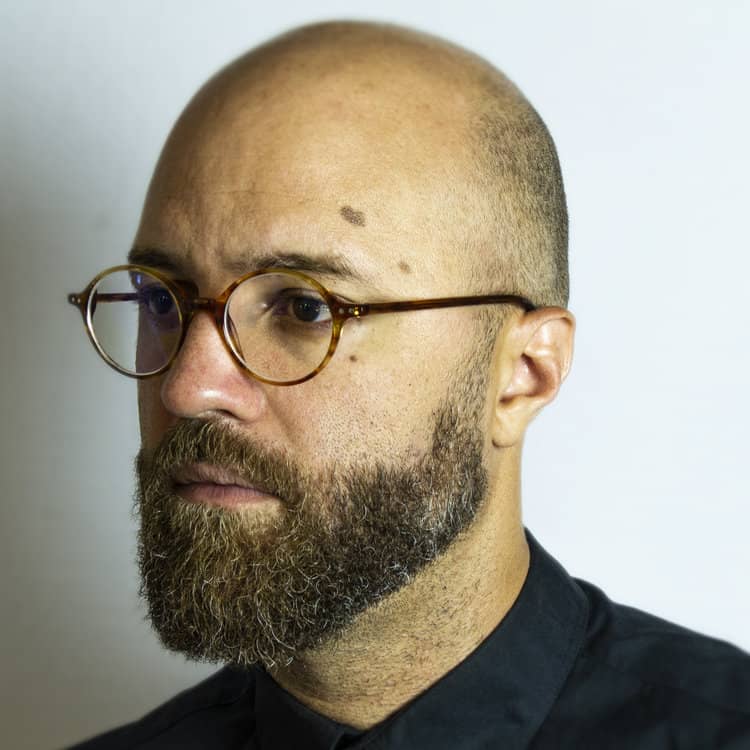 Comic Watch: How has your own concept of self-love changed since you first started in the comic industry and now that you have recognition for your work?

Ezra Claytan Daniels: Great question. I was 25 when I really started working on this book. I was incredibly insecure and painfully naive. I’m 40 now, and have grown so much not only as an artist, but as a person. I cringe at the first few drafts of Upgrade Soul because there were characters that lacked agency or were used only as plot devices. It wasn’t until I got older and more experienced that I could see those faults objectively. It’s a really fantastic feeling to feel that growth, and I’m actually pretty grateful for the years of rejection I faced before getting the accolades I’ve gotten recently, because I was never allowed to think I was better than I was. Getting recognition now feels great, but I’ve also been around long enough to know that it’s fleeting, and it isn’t always deserved, so I take it all with a smile and a grain of salt.

CW: The central characters Hank and Molly are elderly. Do you believe as we age it becomes easier to love ourselves as we are? What are some obstacles you see we face today that influence our ability to love ourselves?

ECD: Everybody is different. Upgrade Soul is a portrait of two people who feel less secure as they age, as they’re faced with apparent obsolescence in their fields. The lesson they have to learn by the end of the story is that they were worthy of love as they were. I think it’s incredibly easy for our self-love to falter in the onslaught of advertising, entertainment, and social media that’s algorithmically designed to make us feel insecure, angry, and scared. It takes a constant exertion of effort and self-awareness to keep from falling into a cycle of self-doubt and anxiety. I wish that as we got older we always became more confident in our identities, but I know that’s just not always the case. 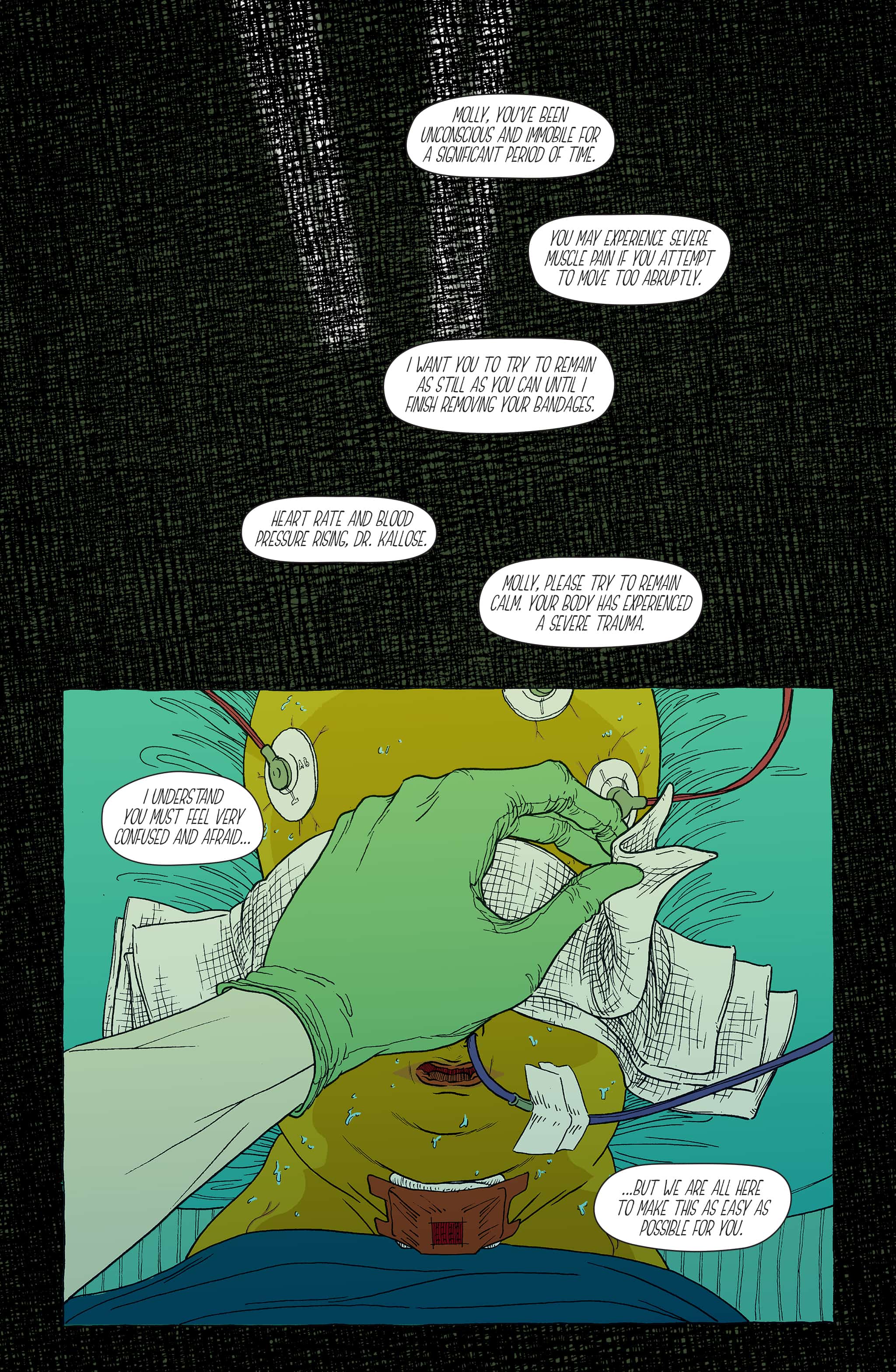 CW: What do you believe could impact how disabled and underrepresented members of society are able to improve their view of their own self-worth? People raise awareness but, as someone with a disability myself, I sometimes feel people do this to fuel their ego.

ECD: I recently had a conversation about representation, and specifically, Afrofuturism, that I thought was really interesting. There’s a lot of resistance to the term Afrofuturism being thrown around more and more as a marketing term by white-owned media companies. There are more and more movies, comics, and TV shows being greenlit in the wake of the success of things like Black Panther—a lot of which are being made cynically by white creators trying to cash in on what they perceive to be a trend. A lot of it is trash, and some of it is harmful and hurtful. But I think my position is that there was trash and hurtful representation of marginalized people long before it became profitable or trendy to include those representations. I think at the end of the day, if the trendiness of a term like Afrofuturism ultimately results in vastly more depictions of black people in our fantasy and future worlds, even if some of them are problematic or cynical, it’s a net gain. If it means we get things like “Random Acts of Flyness”, I’m willing to suffer the requisite “Ma”. And the more depictions there are, the higher our expectations for nuanced and realistic depictions will start to become. I don’t have a good prescriptive solution to this issue as a creator, other than to represent the world honestly, as you experience it. For almost everyone, that will include some diversity, even in the smallest towns in the middle of nowhere.

CW: Can you speak on how trauma can impact someone’s ability to love themselves? Do you think trauma makes it easier for people to allow their relations with others to boost or lower their self-worth?

ECD: Part of what I wanted to show in Upgrade Soul was that our traumas are inextricable from our identities. Trauma is so insidious because it’s so easy for us to irrationally blame ourselves. I’m not a psychologist, but as a writer I see an aspect of denial or an attempt at disassociation in that idea. Like, “if I’d only…”. But you can never take a trauma back. In Upgrade Soul, Molly had to learn that she was worthy of love, as she was, in order to accept that her trauma was a crucial part of her identity, for better or worse. Trauma makes it extra easy to fall into a pit of self-doubt or even self-hate, especially when there’s no one around you to help you climb out of it. I think if we fall into that pit, it’s also really easy to surround ourselves with people and media that aim to keep us there.

CW: Can you describe your opinion on the difference between egocentric self-love and the selfless variety?

ECD: The question is really, is egocentric love real love? I don’t know the answer to that. In Upgrade Soul, Kenton defines himself by his love for his little sister but it becomes clear by the end that he only ever saw her as a motivation and not as a person. His love is completely egocentric. That’s not to say he never did anything positive for her or never exhibited loving qualities, but selfless love would look a lot different. And would certainly be better for his sister.

CW: The central plot revolves around a strong marriage. Do you see a connection between codependency and egocentric self-love?

ECD: Honestly, I don’t have enough experience with codependency to give a good answer to this question.

CW: The soundtrack involves an additional of our five senses. How do you think this addition helps readers to relate to your message? What was your intention with this addition and what sparked the idea to add it?

ECD: The emotional power of synchronized story and music is undeniable. It’s a language that’s been honed in theater and opera for hundreds of years, and film and video games for decades. So when interactive artist Erik Loyer asked me if I wanted to collaborate on developing a music-centered digital comics app, of course I said, “yes”. When you put your headphones on and start swiping through the panels of the Upgrade Soul app, and the music keeps pace to perfectly punctuate every emotional cue, frankly, it’s a vastly more immersive experience than reading the book. There are moments of tension in the book that are amplified to almost unbearable levels when accompanied by Alexis Gideon’s score.

CW: Do you see more mixed media projects in your future as a comic writer?

ECD: Absolutely, if there’s a good opportunity. I’d love to get into video games at some point.

CW: When you are doubting your own proficiency or self-worth, what are some of your experiences that help you remember you are enough as you are?

ECD: For me the main thing is having realistic expectations for myself. I think I have a pretty objective opinion of my own abilities. I know I’m not the best writer in the world, or the best artist. I also know there are all kinds of factors that go into what people like and support that I can’t control, and have nothing to do with me, or the quality of my work. So when I don’t win an award I was nominated for, or don’t get an opportunity I really wanted, I’ve gotten pretty good at shrugging it off. I know what I’m good at, and what I want to do, and I’ve been at it long enough to know I’ll be happy doing that, even without any recognition or reward.

Stay tuned to www.comic-watch.com for more updates and projects from Ezra Claytan Daniels!

Multimedia Food for the Soul: An Interview with Ezra Claytan Daniels