Why does a meme that claims (in her own voice) that Sailor Moon creator, Naoko Takeuchi, created the cast of that comic because she was lonely and needed friends? Why would that story, constantly debunked, have such an appeal, such an easy hold on our collective minds? 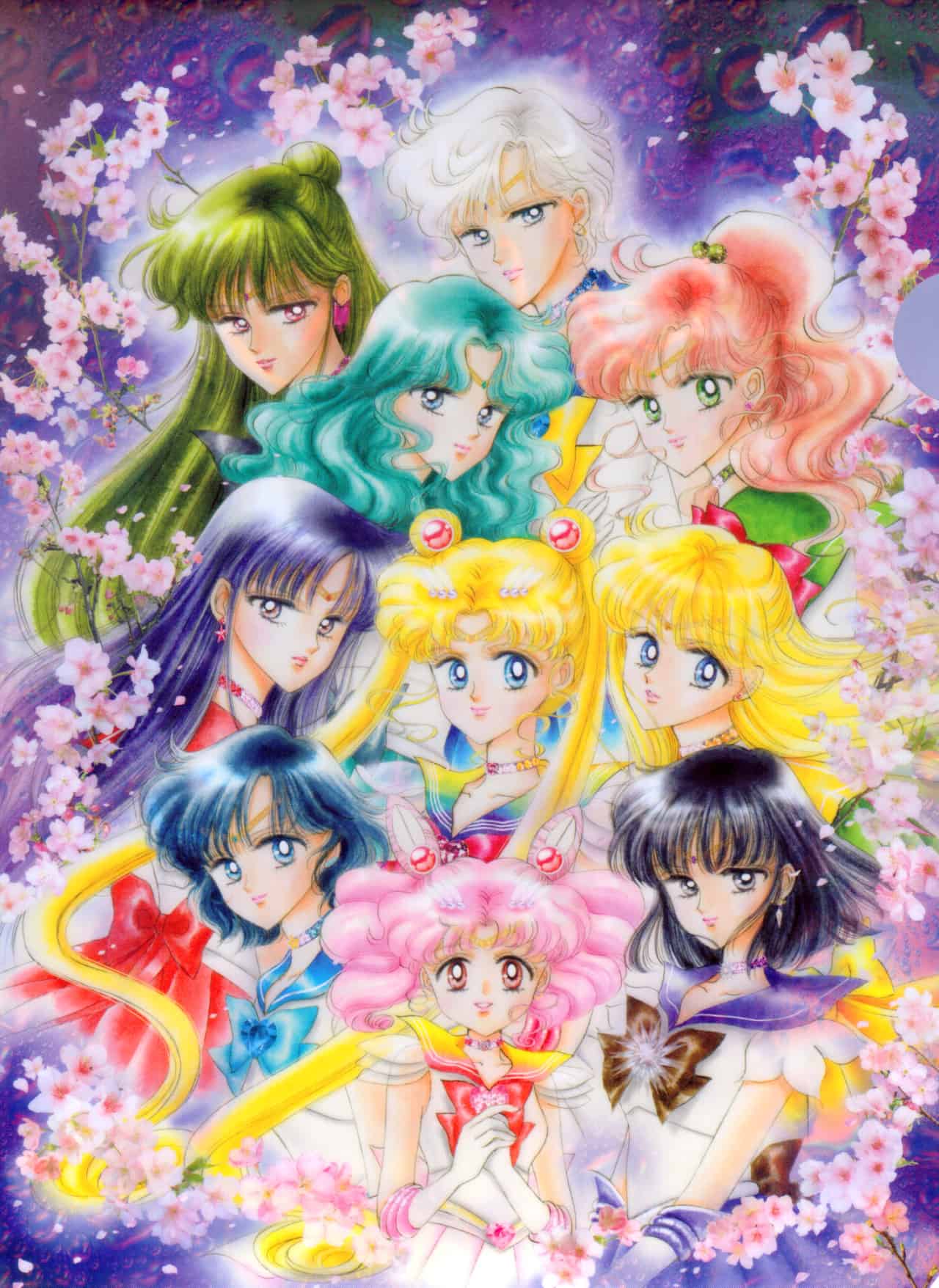 The cast of Sailor Moon are our friends. It is believable, it is desirable, because it appeals to a general, near-universal sense of wanting friends, wanting to belong, and wanting to be able to by will alone make a belonging occur, and because what she created reassured us, secured us.

Much of the anxiety which audiences feel when engaging with Sailor Moon content which came after their era is the same variety of anxieties felt by audiences about any young children’s programming which is not one that hit them at a formative moment. That age could be five, or seven, or fourteen, or twenty-three, but the similar entertainment, even from the same franchise, which is not that impacts differently, it sits with us differently and we are unable to ignore that it is aimed at children.

We see a similar development with the recent live action adaptation of Cowboy Bebop, whose Ed is a note for note copy of the original cartoon’s, but because of time and medium, the self-consciously wacky kids cartoon caricature Ed translates to live action as a bigger violation of the veracity of a live action world. Ed becomes, “like some Lazy Town thing,” as one person put it online. 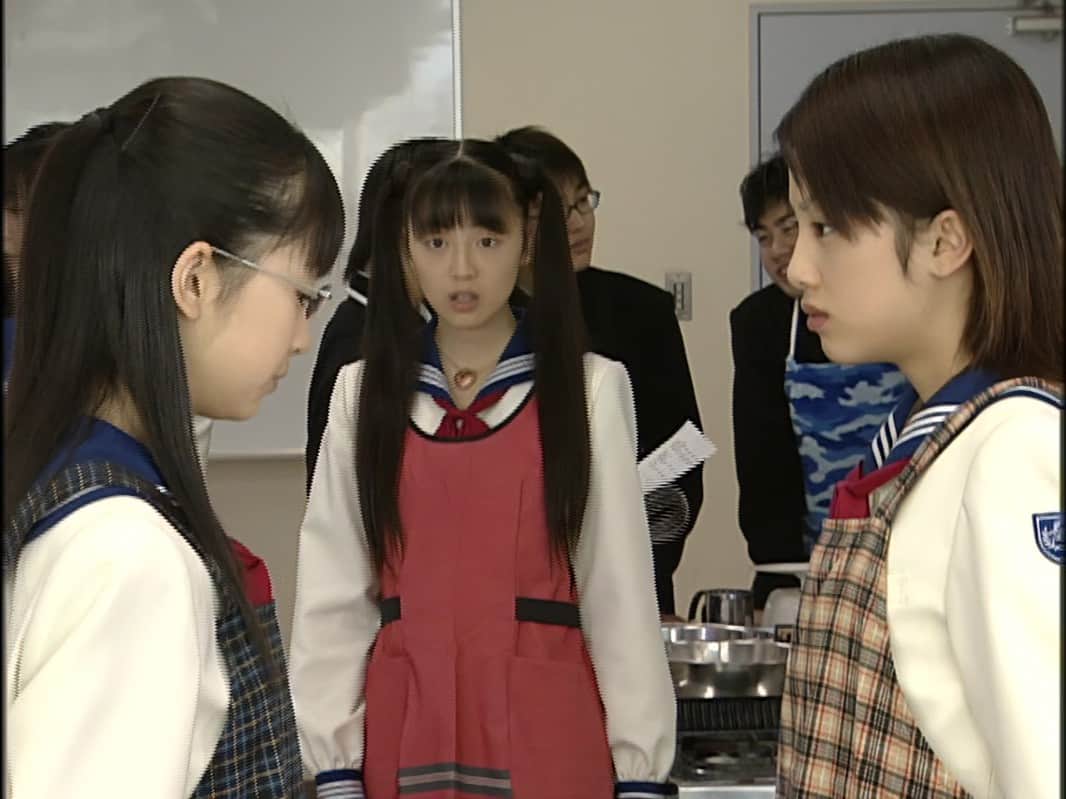 Our preferred versions have been watched and rewatched so much that we no longer see or hear them, but instead, we watch our memory as they play, and anything which violates or distracts from that memory causes us distress.

The 7 pm broadcast time for the first season of the original Sailor Moon television series, Pretty Soldier Sailor Moon, allowed the show to develop a fandom with overlap of children and adults who were off work. The show tested strong, during those first run broadcasts across genders and age groups. Nearly all episodes end with all problems solved and with morale boosted. Two hundred episodes of reassurance.

Every version outside the original five season tv series has been steered by Takeuchi away from male gaze and male-aimed emphasis on a fight of the week to solve everything, but even that version operates with a sensibility meant to appeal to more than only boys/men, while not privileging them as an audience.

Patterns and decorative motifs throughout that series, as well as the rest of the franchise tend towards girl-aimed types, with the first proper visual in a Sailor Moon tv episode, after the opening credits, being the title character’s purple cover decorated in bunnies, stars, and crescent moons.

Substantial portions of every page of the Sailor Moon manga are non-diegetic patterns and abstract or symbolic arrays. Their familiarity is not the familiarity of a physical scene or a specific instance, but an emotive familiarity, an aesthetic familiarity. The comfort of wallpapers and school murals. Of pillow cases and blankets and familiar light fixtures.

The second character introduced in the original anime adaptation is Sailor Moon’s mother, who has wrapped her lunch for her in a pink wrapper with yellow crescent moons, tied in a bow. Buildings and accoutrements are presented in pastels, pinks and greens with soft edges. It is Tsukino Usagi (who becomes the superhero, Sailor Moon),  who is our entry and buoys us through, her alarm clock, her mother, her worries and confusions, her stomach rumbling. It is an intimate enough entrance to her world, that the audience has to ally with her emotional, social, and even biological existence, in order to continue with the program. 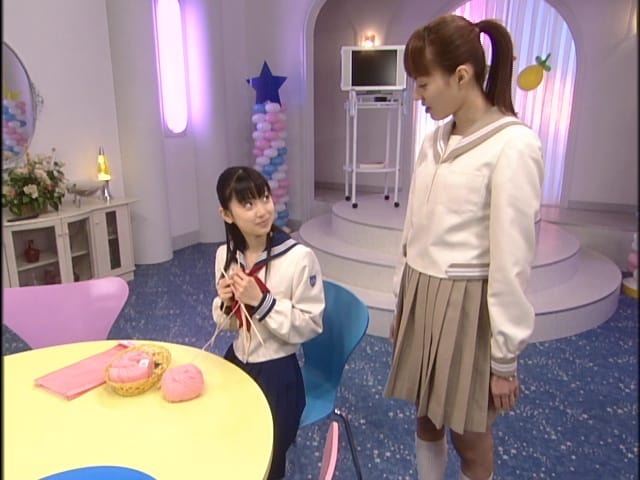 Outside of her realm, where the villains are, the color scheme turns dark with only blows of light and color, but the dark is soft, the colors, thought more garish, are soft. While many television serials make effort to restore peace by the end of each episode, make sure to never cross lines of emotional violence against the audience, Sailor Moon makes a stronger effort than most programs which read as wide and varied an audience as Sailor Moon has been able to.

Even by the two-hundredth and final episode, Pretty Guardian Sailor Moon still plays by the visualization and pacing rules of its first episode. The evil remains soft darks, almost black, but never a hard black, punctuated by bursts of rich-colored lights, gently overlapping, and soft green and pink and blue pastel city scenes, trees and buildings and familiar street signs. There is an embracing sense of home and vibrant, but never intense nostalgia and a sense that any violation of that is temporary, transitive, and can be defeated.

Sailor Moon is not the big hero of her universe, a fan of the already-franchised, already internationally famous superhero, Sailor V, later to be known as Sailor Venus. Rather than her averageness making her a lesson in how not to be or a detriment to her friends, family, society, or even in contrast to her superhero and magical princess identities, it is the nature of this universe that her averageness and her specialness are simultaneous and dependent on each other for a balance that is good.

What is best in Sailor Moon is replicable in all of us, by all of us. What is best in her world can be easily found in our own, individual, personal situations. The best of her world – friends, games, love, snacks, naps, acceptance – are emphasized with her magical powers to change her look or zap bad guys, but those are accompaniment to a much more important rhythm.

The live action television, theatrical film, and later animated series’ versions only soften and deepen this visual and pacing tone. The music can become richer, but never more intense. The emotional range skews towards charm and comfort, permitting a potential for emotional risk, for emotional violence, but never committing to it, even to the point where deaths are treated elegiacally not horrifically.

Sailor Moon and her world are one of empathy and miracles. Everyone is touched by miracles. Optimism is around every corner, in every dream, in every flower and every tear. 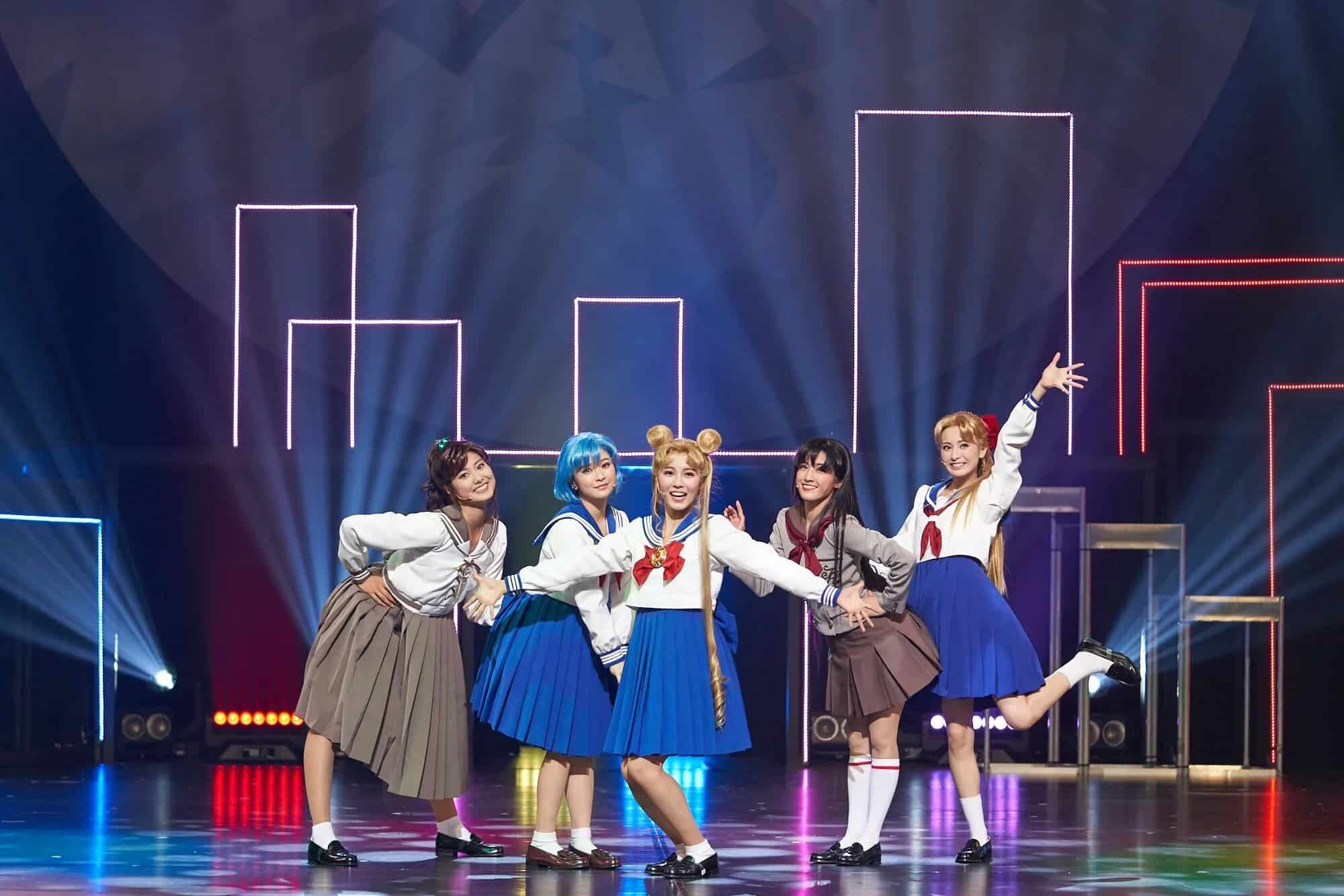 All of Sailor Moon’s friends are kind, supportive, strong and caring, but their strength, their ability to care, is often drawn out and anchored and bolstered by hers. She is the friend who holds together her friends. She is a reminder to be kind, to be empathetic, to hope. To worry, but that the root of the worrying is not fear but hope.

The stage shows may be the most pure expression of Sailor Moon in a narrative form, outside of the manga, and maybe even including the manga. The stage shows bring the world of Sailor Moon into ours in a physical, tactile, reachable way. They directly engage with and appeal to the youngest and most ready to pretend and interact audience, leaving other audiences to either adapt and adopt the approach of those youngest, or to defer the privileging of the program to them, to allow young children to have this experience and to be on the sidelines and gladly so.