This past Saturday at New York Comic Con, the 2021 Harvey Awards were held virtually and announced the 2021 winners in the following categories: Book of the Year, Digital Book of the Year, Best Children or Young Adult Book, Best Adaptation from Comic Book/Graphic Novel, Best Manga, and Best International Book.

The awards,  named after Harvey Kurtzman, the legendary creator who is best remembered for creating MAD, are one of the comic industry’s oldest and most prestigious awards. The Harvey’s have been a fixture in the industry, spotlighting the best in comic books, graphic novels, manga, and more, as selected by a full body of comic and publishing professionals since 1988.

Nominees for this year’s awards were selected by a committee of diverse industry voices, including creators, publishing professionals, retailers, educators, and librarians. The Harvey Awards Steering Committee is co-chaired by Nellie Kurtzman, John Lind, and Chip Mosher. Chris D’Lando and Camilla Di Persia of ReedPop and Eden Miller are coordinating this year’s awards.

This year’s nominees and winners are as follows:

Book Of The Year:

Digital Book of the Year

WINNER: WandaVision by Disney+, based on The Avengers (Marvel Comics)

This year the following creators were inducted into the Harvey Hall of Fame for their respective storied careers:

“Each year, the Harveys afford creators the opportunity to be recognized by their peers for their tremendous contributions to the comic book industry.

On behalf of the Kurtzman family and of our team involved in the awards, I would like to congratulate all the winners for this year’s Harvey Awards.” 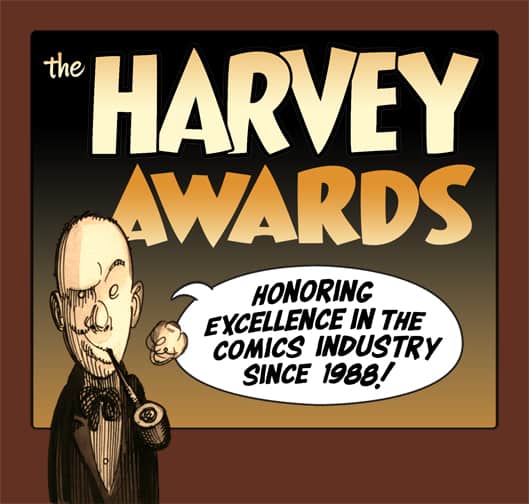