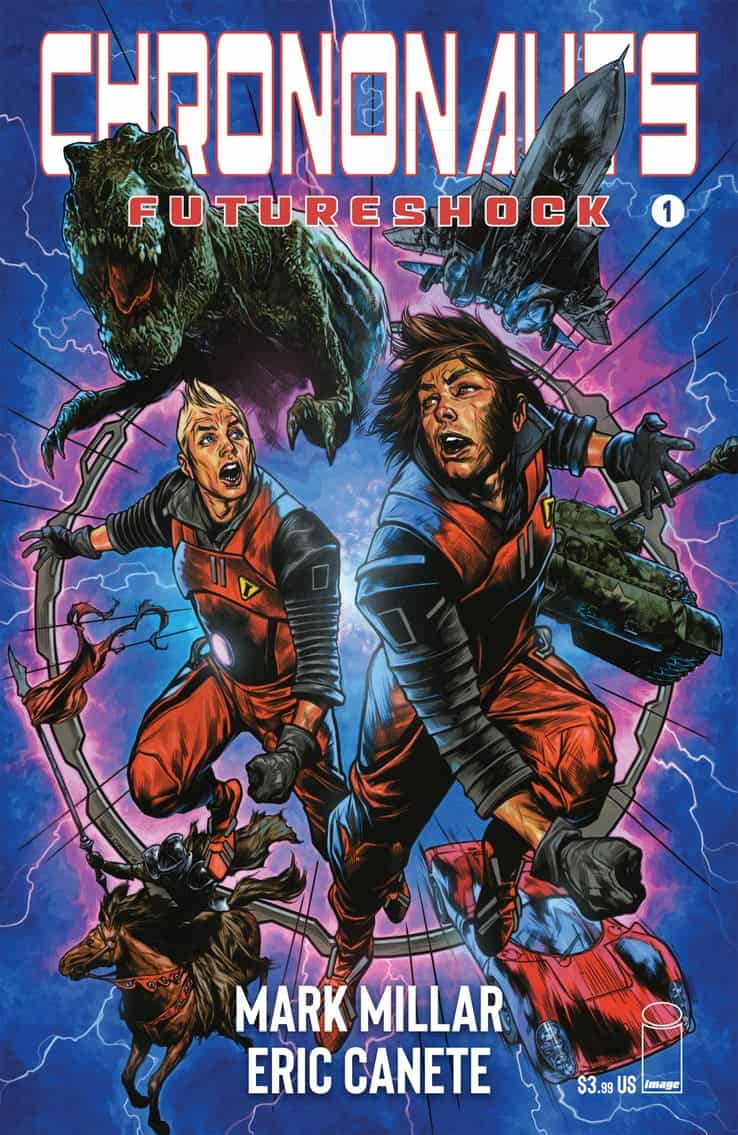 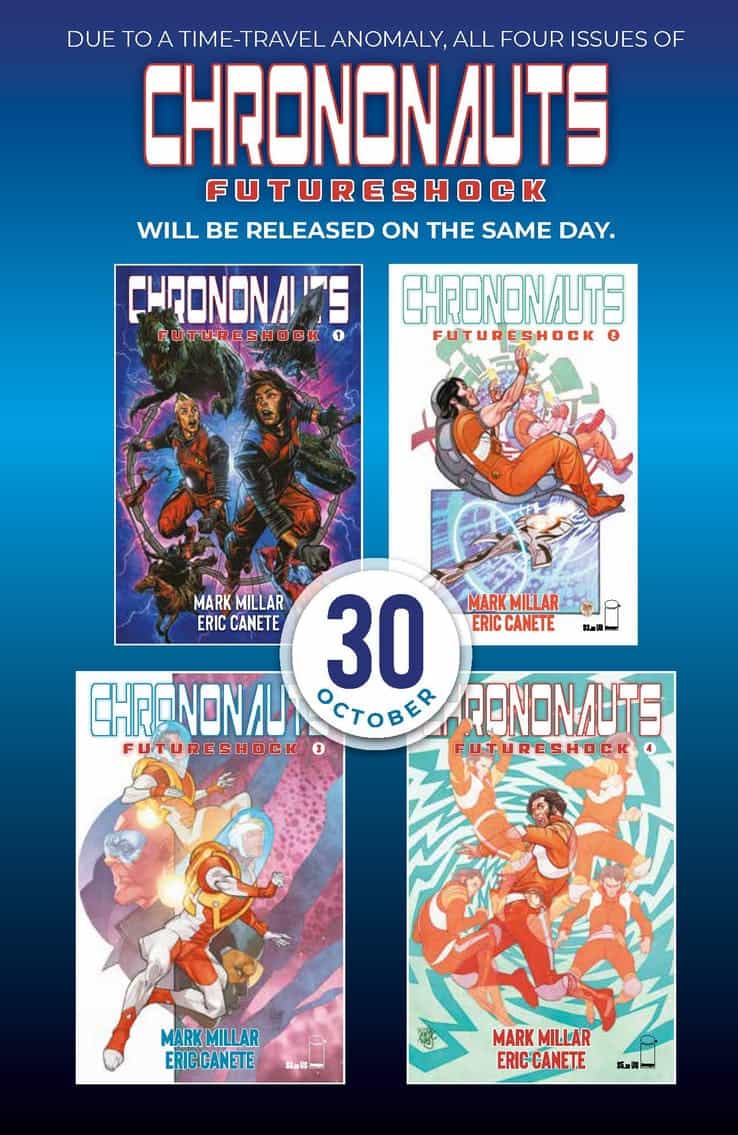 Thanks to some problems in the space/time continuum all four issues of Mark Millar and Eric Canete “Chrononauts: Futureshock” will be released on October 30. This time around the Chrononauts will be drawn by Eric Canete (Teen Titans Go, RUNLOVEKILL) with covers by Pasqual Ferry (Seven Soldiers). The Image published comic will have variant covers by Canete, Ferry, Kev Nowlan (Tomorrow Stories), Travis Charest (Darkstars), and Rey Macutay (Ravage).

Chrononauts: Futureshock is the sequel to the 2015 hit Chrononauts by Mark Millar and artist Sean Gordon Murphy. After man’s first televised step into the past, Corbin Quinn and Danny Reilly now go in the opposite direction and try to reach the future. But something is stopping them and they have to find out why. Why does the Earth not seem to have a future? The answer lies with the man who taught them everything.

The first Chrononauts series was a 2015 four-issue mini by Millar and Murphy from Image comics that follows Corbin Quinn and Danny Reilly two red-blooded American guys who also happen to be scientific geniuses. With the whole world watching, they embark on the world’s first time-travel experiment. But when their planned routine goes off-course, they’re left to fend for themselves – leading to an era-hopping adventure.

Chrononauts: Futureshock 1-4 will be released on October 30!