NEWS WATCH: A Desperate Chase to Save the World in EVE #4 from BOOM! Studios

BOOM! Studios revealed a first look at EVE #4, the penultimate issue in the five-issue original series from award-winning author Victor LaValle (Victor LaValle’s Destroyer) and rising star artist Jo Mi-Gyeong (Jim Henson’s The Dark Crystal: Age of Resistance), with colorist Brittany Peer and letterer AndWorld Design, about a dangerous journey across a future dystopian America to save the world, available in August 2021.

Even humanity’s last hope needs a little help sometimes. The Vault is in sight and Eve’s come farther than any before her, but the last leg of her journey will test her to her core. Thankfully, she isn’t alone… with her newly discovered sister by her side. Wexler has dodged the bullet, literally, and is in hot pursuit of the pair. Will he catch up to them and dash humanity’s last chance? 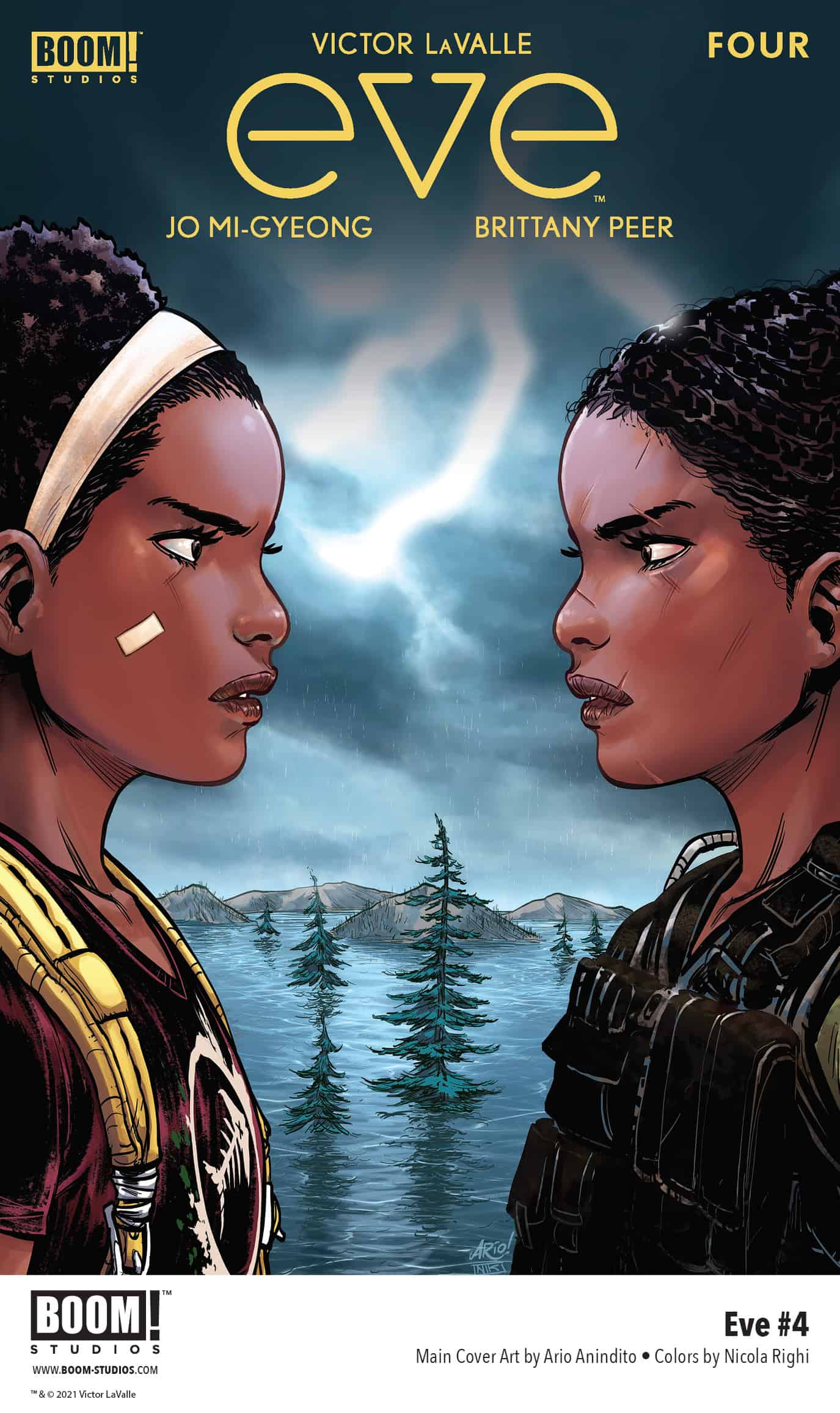 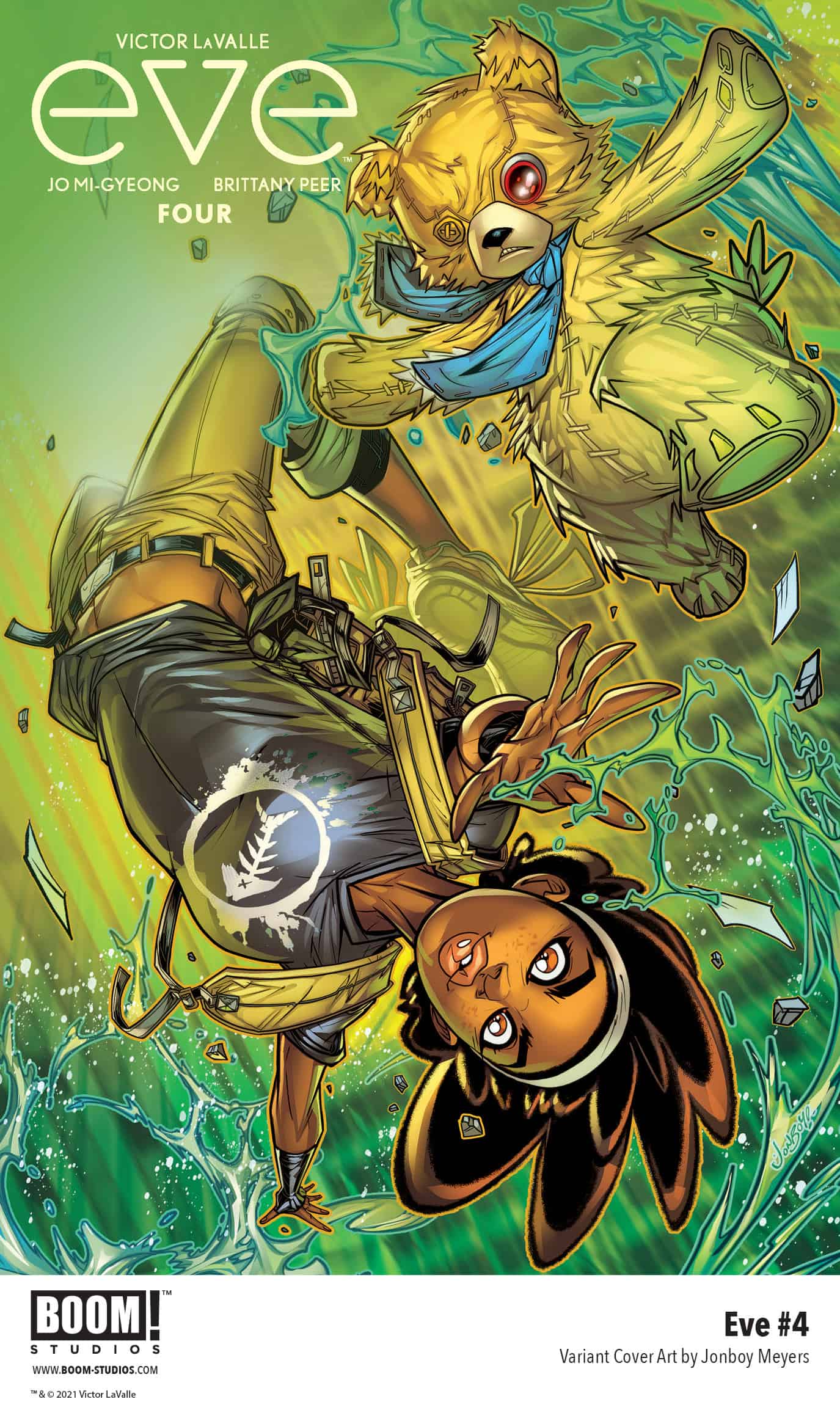 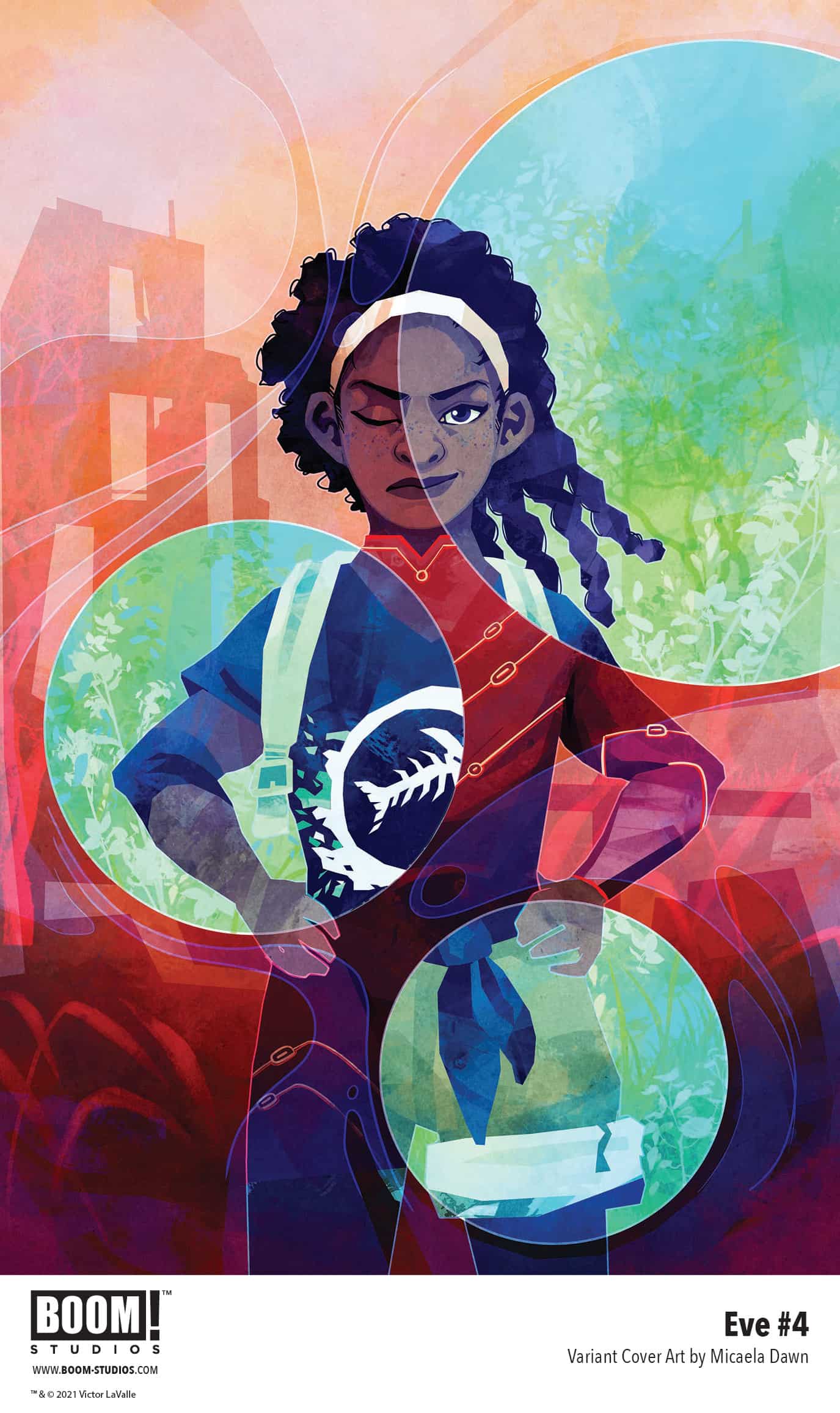 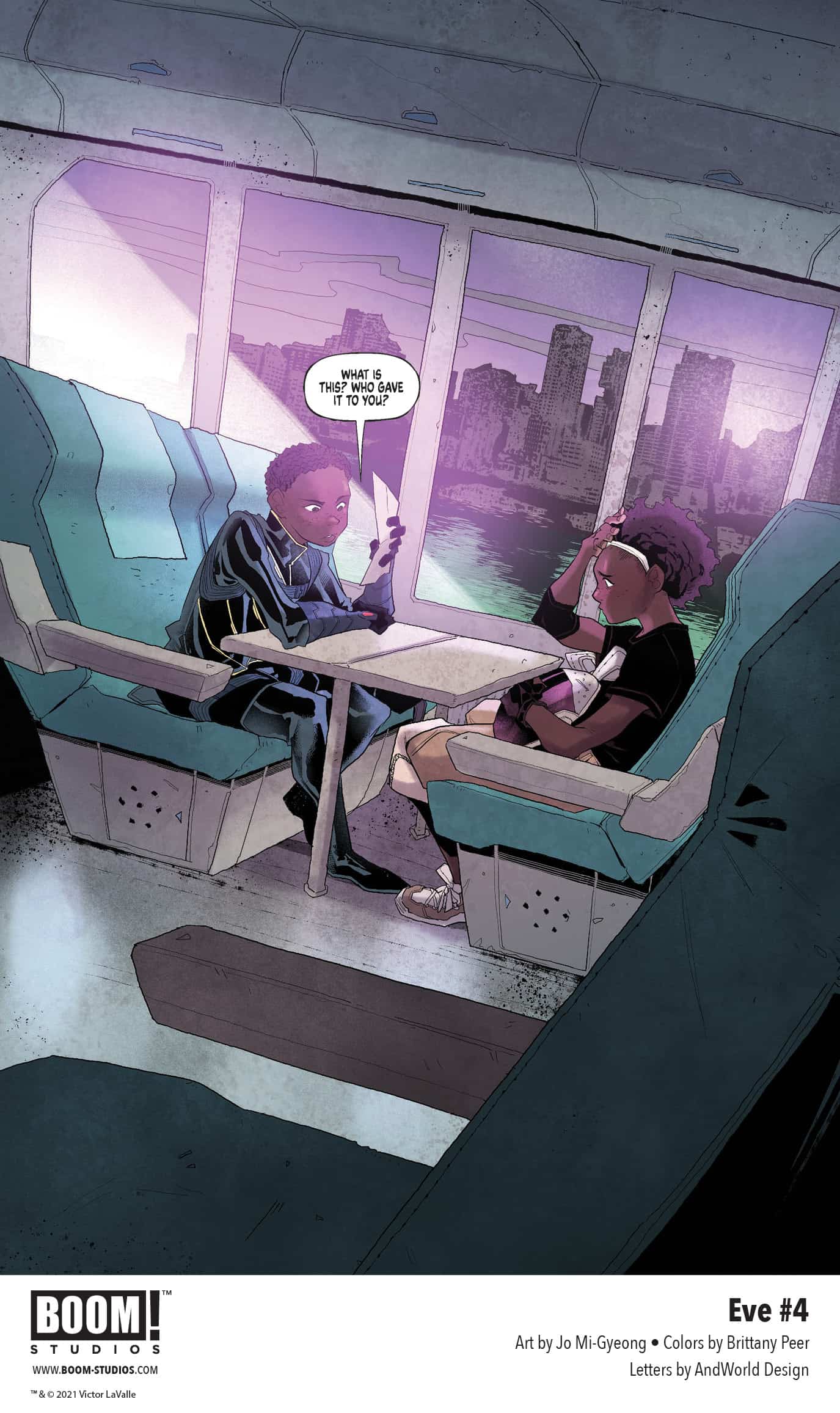 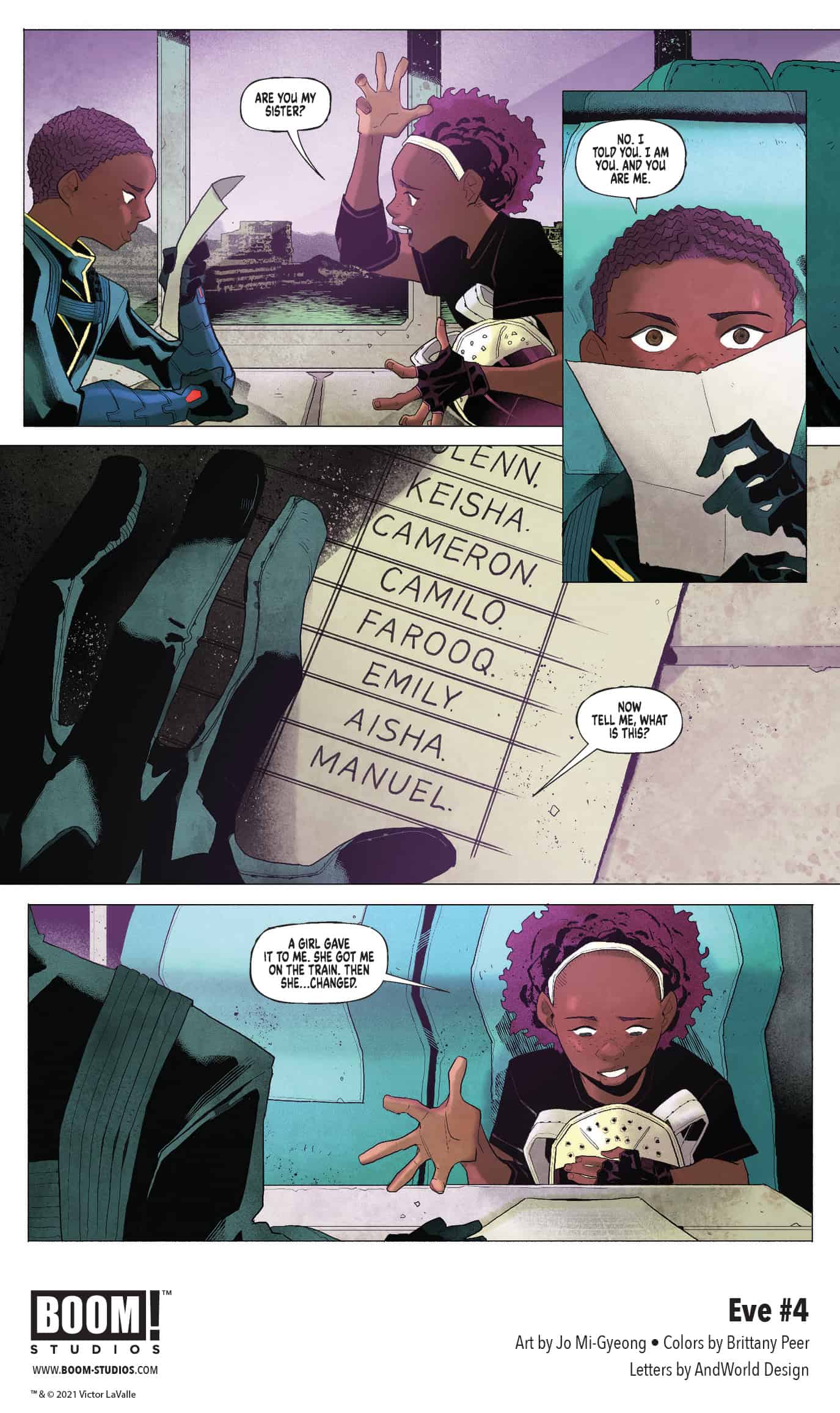 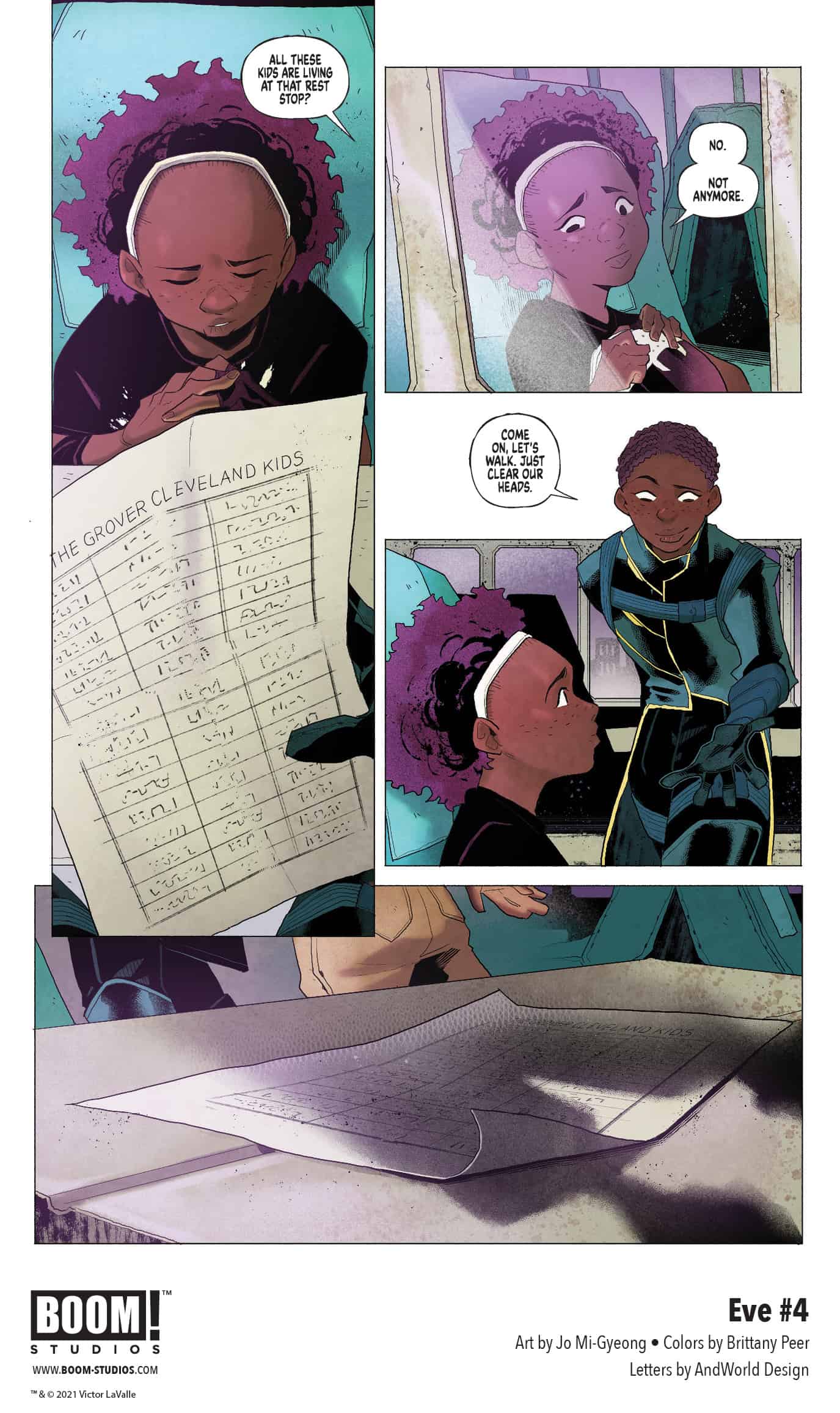 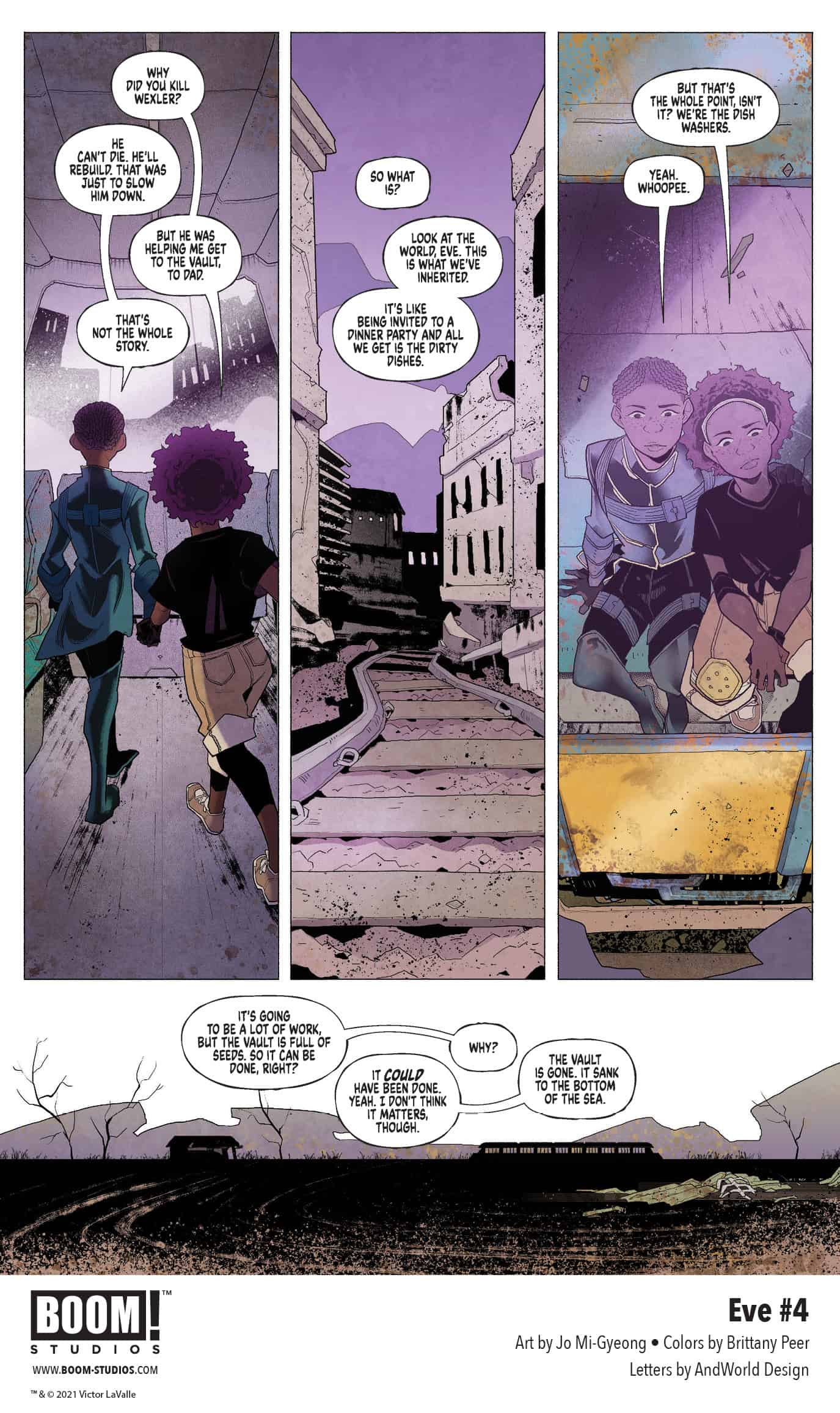 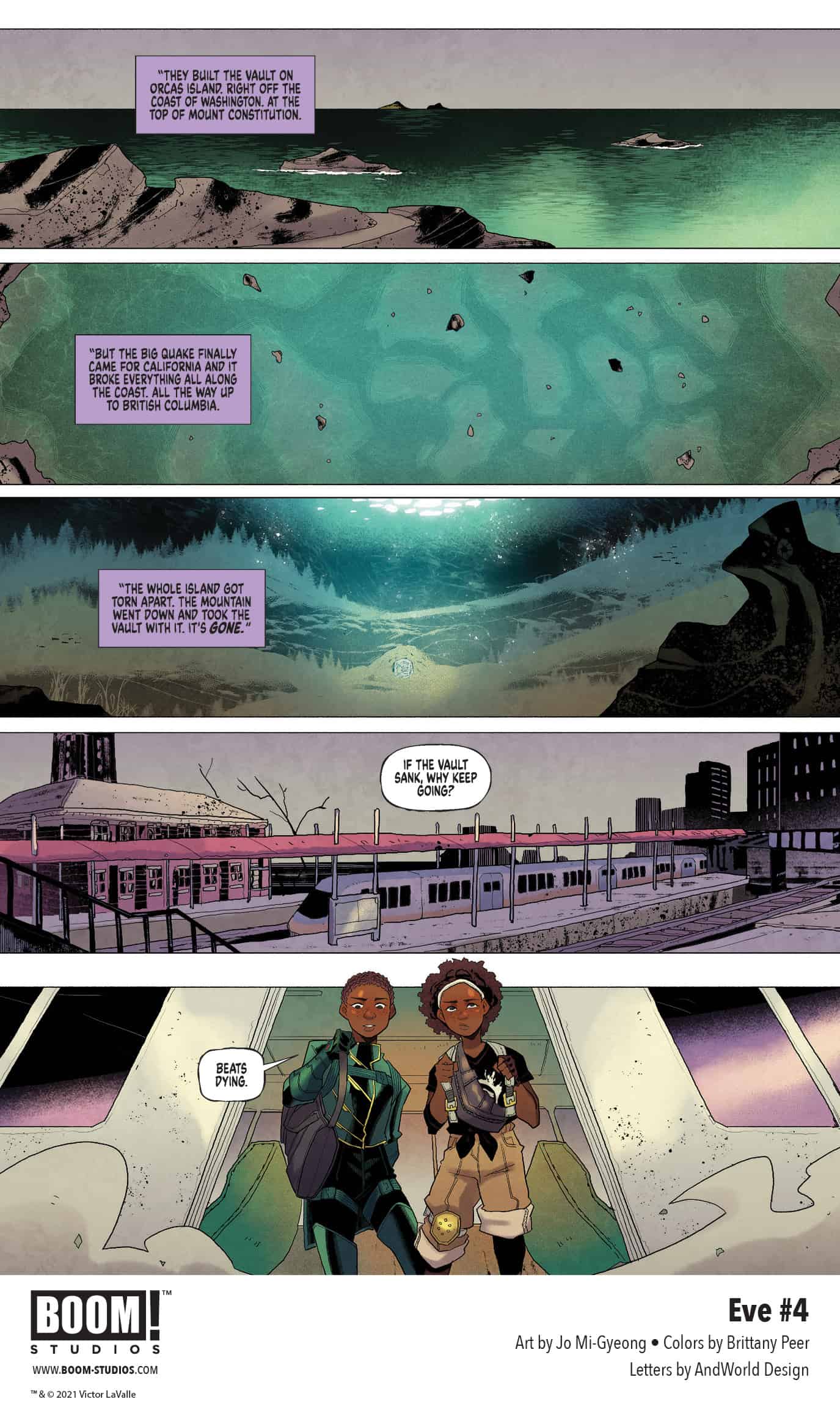 Print copies of EVE #4 will be available for sale on August 11, 2021, exclusively at local comic book shops (use comicshoplocator.com to find the nearest one) or at the BOOM! Studios webstore. Digital copies can be purchased from content providers, including ComiXology, iBooks, Google Play, and Kindle.

NEWS WATCH: A Desperate Chase to Save the World in EVE #4 from BOOM! Studios