NEWS WATCH: A Marvel Prize In Every Serial Box

A new relationship has formed between Marvel Entertainment and Serial Box, the digital-book platform. Together the duel plan on creating all-new original tales for Thor, Black Widow, Jessica Jones, and the phenomenal Black Panther that will be produced by TV-style writers’ rooms, serialized in both the audio and written media, and become available each week as episodes that span the every day American commute time.

Serial Box’s is the creation of Molly Barton, the former global digital director for Penguin Random House. She and Julian Yap co-founded and launched Serial Box in 2015 with the idea that stories are told in “seasons” (usually about a dozen episodes) that will be sold in advance for $18 or week-by-week for $1.59 per episode. 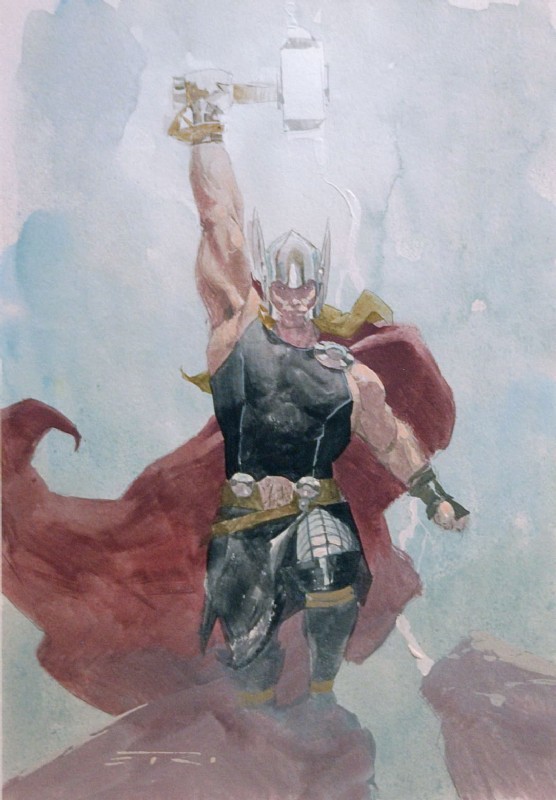 The first series and season go to The Mighty Thor and the thunderer will usher in the other four Marvel properties. Serial Box also revealed that Aaron Stewart-Ahn, who co-wrote the movie Mandy, will helm the Thor writing squad consisting of Brian Keene, Jay Edidin, and Yoon Ha Lee.

John Nee, Publisher of Marvel said, “Over the last 80 years, Marvel has grown to become a lifestyle for every kind of fan around the world – but it all started from serialized storytelling,” and continued to say “We were impressed by the quality and creativity of Serial Box’s content, and we are excited for both Marvel and Serial Box fans to experience these new stories together each week.”

The “publishing studio” style of Serial Box has given them the right perspective to succeed in today’s ever-quickening lifestyle and stay in step with the consumers growing appetite for entertainment ranging from podcasts, audiobooks, brand-driven mobile content and now micro-storytelling. Serial Box simple yet ingenious approach is tailor-made for the current average American worker’s commute time which often clocks in at around 26 minutes. With their episodic content that can usually run between a 30-minute read or an hour-long listen the company has packaged both the written and audio versions of episodes together to give the purchaser the ability to flip between formats mid-story with ease.

CEO and co-founder of Serial Box Molly Barton said, “We are thrilled that Marvel is entrusting us to extend and expand the story worlds for these beloved characters,”

NEWS WATCH: A Marvel Prize In Every Serial Box