NEWS WATCH: A New Era Begins in Darkhawk #1 in August

Coming hot on the heels of the critically acclaimed one-shot, DARKHAWK: HEART OF THE HAWK #1, the 30th anniversary of Darkhawk continues with a new series announced today over at IGN.  DARKHAWK #1, coming in August 2021, will feature RISE OF ULTRAMAN writer Kyle Higgins teaming up with artist Juanan Ramírez, with a cover by Stormbreakers artist Iban Coello.

DARKHAWK #1 introduces a new heir to the mantle of Darkhawk in Connor Young, a seventeen-year-old star basketball player who, like Chris Powell before him, discovers the mysterious amulet and unlocks powers of Darkhawk. It’s a new era for the classic Marvel hero and Kyle Higgins couldn’t be more excited as he told IGN today, “my approach to the mantle and the book, in general, comes from the same place that some of my other recent superhero work comes from building something new and contemporary while staying respectful to what’s come before.”

Higgins continued to share some previews of what Darkhawk fans can expect with the new series, “we’ll be taking the body-swapping-with-an-android-but-still-controlling-it-with-your-consciousness-despite-not-being-genetically-compatible, in some pretty different new directions. And at the core of that, is Connor Young. And the sudden medical diagnosis that upends his entire life.”

To further celebrate the return of a new Darkhawk, we’ll see a new approach to the look of the character, thanks to character design by artist Pepe Larraz and brought to life in the comic by Juanan Ramírez. Kyle Higgins weighed in on the design: “The Darkhawk design is bold and striking. There’s a reason why the character has really lasted over the last 30 years, despite appearing infrequently. And I think a big part of it is how memorable his look is. In my opinion, the look of a new superhero is 90% of the battle to creating a character that has the potential to stand the test of time.”

Check out a preview of some in-progress pages from DARKHAWK #1 below. 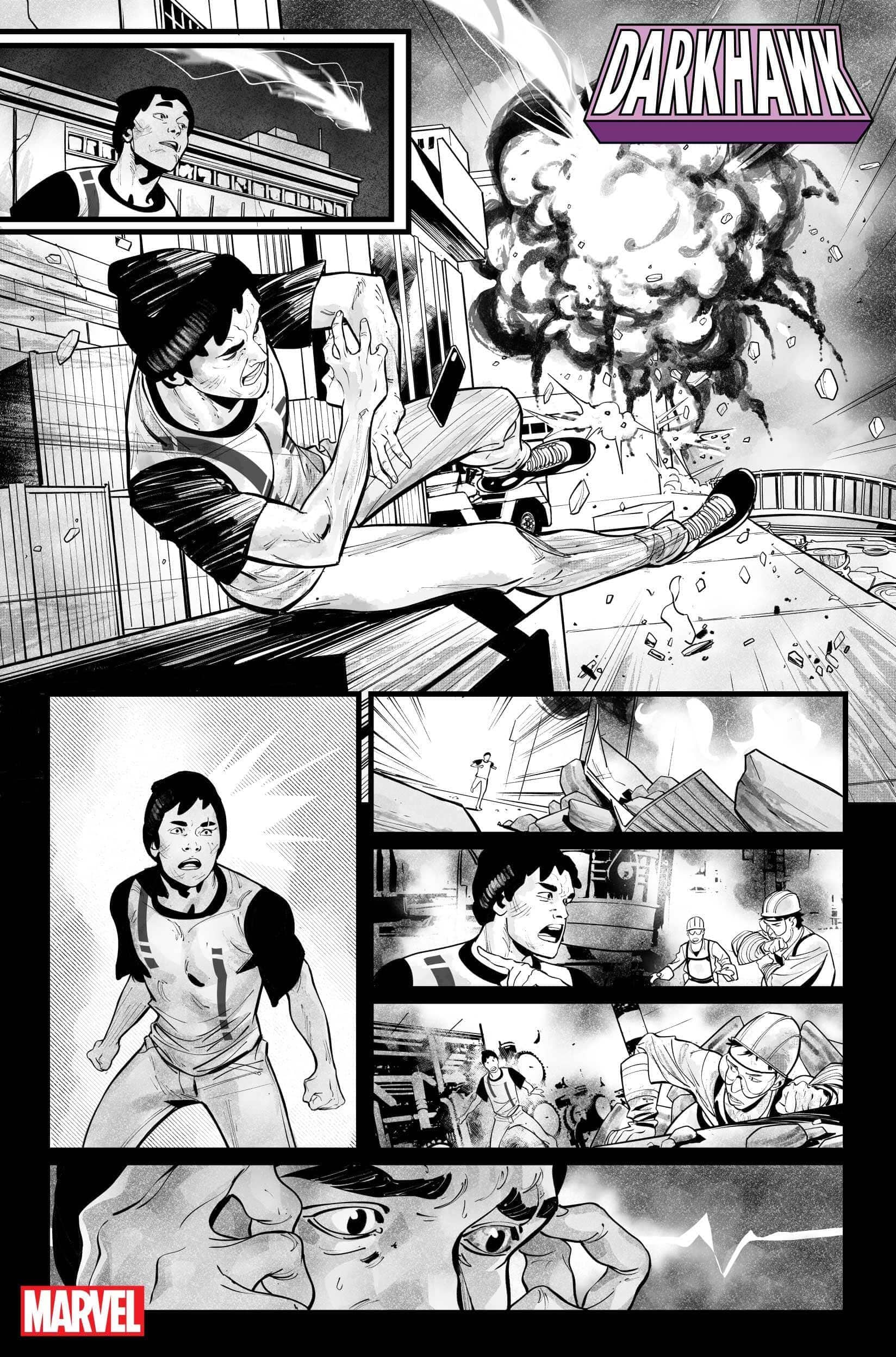 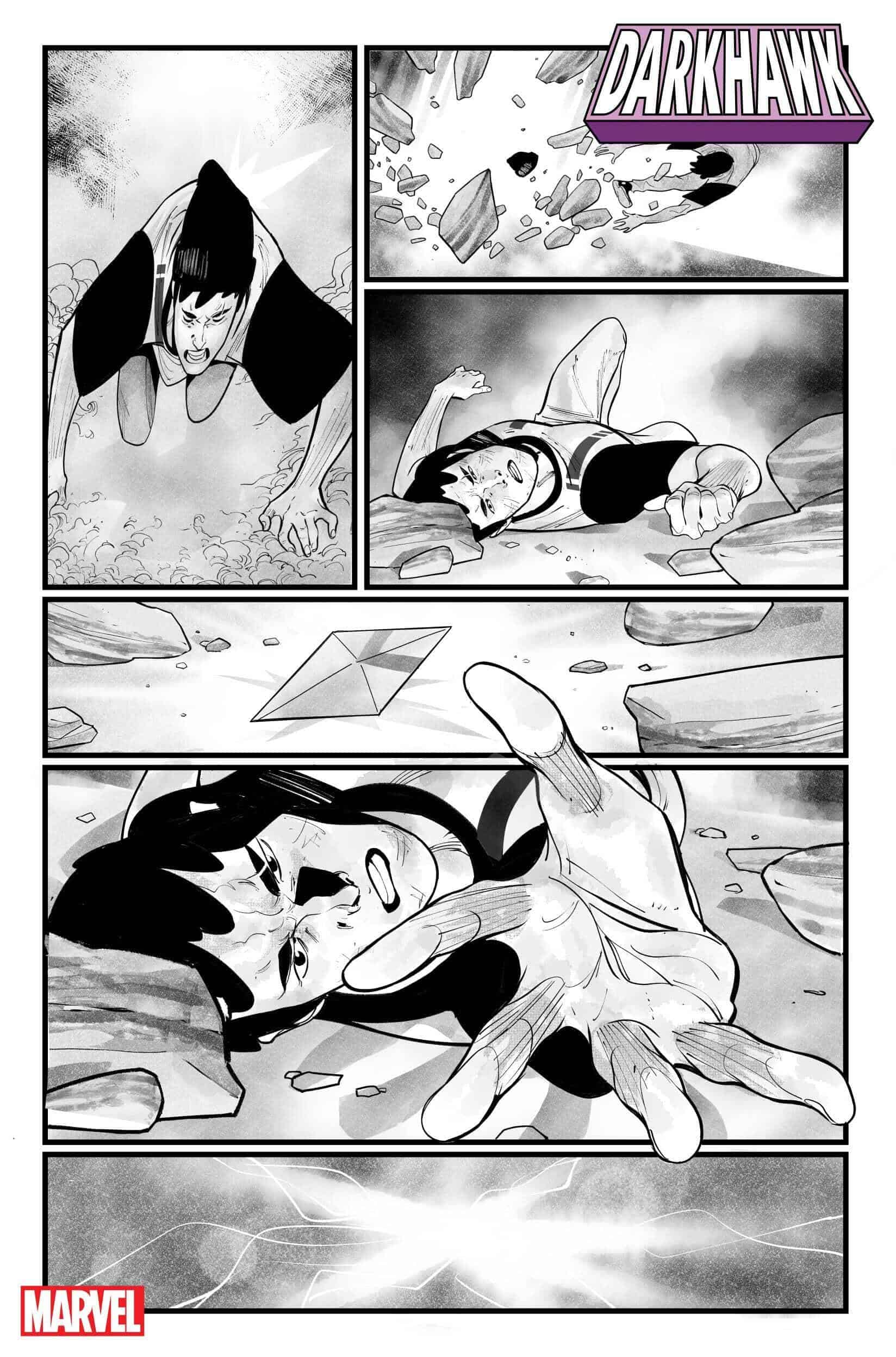 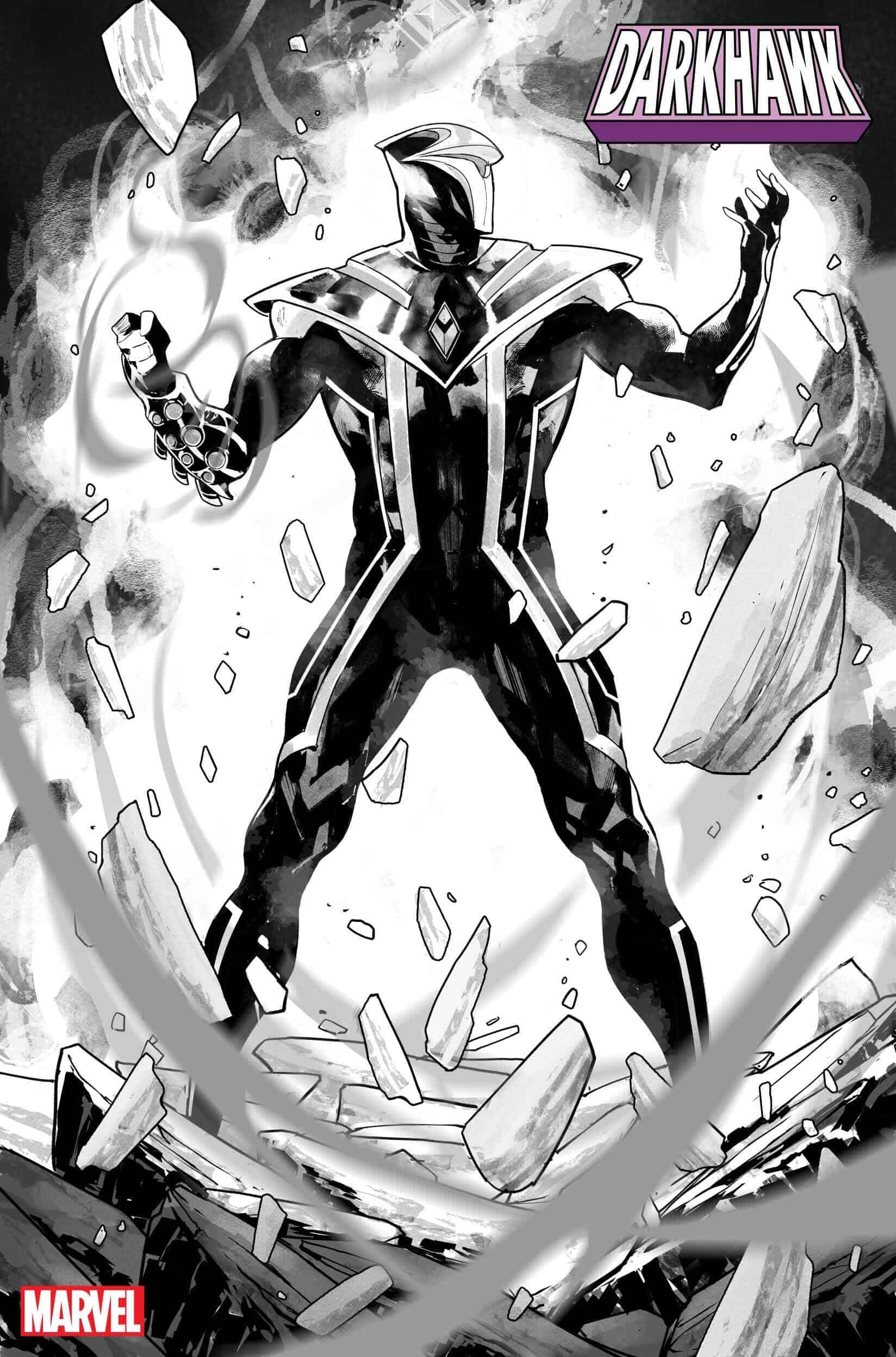 Don’t miss out on the next great chapter in Darkhawk’s history and join us as we celebrate 30 years of Darkhawk this August with DARKHAWK #1! Pre-order your copy with your local comic shop today!

NEWS WATCH: A New Era Begins in Darkhawk #1 in August!