NEWS WATCH: A New Look at BOOM! Studios AN EMBER IN THE ASHES Graphic Novel from Sabaa Tahir

A SPARK WITHIN THE FORGE: AN EMBER IN THE ASHES GRAPHIC NOVEL, the official prequel to the New York Times bestselling series of novels from creator Sabaa Tahir, writer Nicole Andelfinger (Dragon Prince: Bloodmoon Huntress), artist Sonia Liao  (The Curie Society), colorist Kieran Quigley, and letterer Mike Fiorentino is the second graphic novel in a three volume prequel series that will explore the pasts of beloved An Ember in the Ashes series characters.

Before they were torn asunder, Laia lived happily and quietly with her Nan, Pop, and brother Darin within the Scholar district of Martial-ruled Serra. Although Laia is afraid to venture outside her home due to the heavy Martial presence, Darin loves to explore all parts of their home city… even those that are forbidden.

As a dangerous illness spreads throughout Serra, Laia must confront her deepest fears in order to save a community besieged by disease. Meanwhile, Darin has a chance encounter with famed swordsmith Spiro Teluman that leads him down a precarious path away from his family — but towards hope for his people. 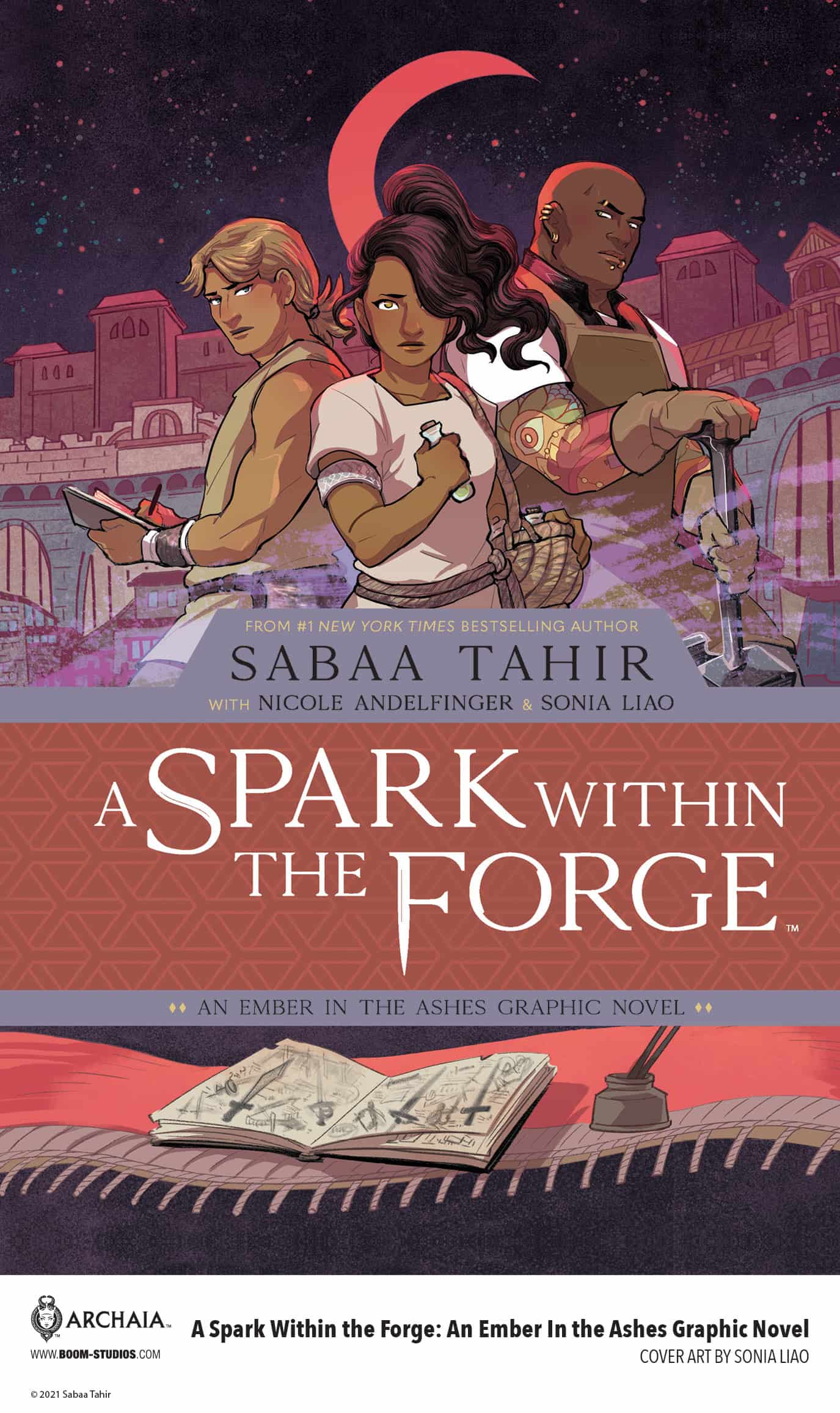 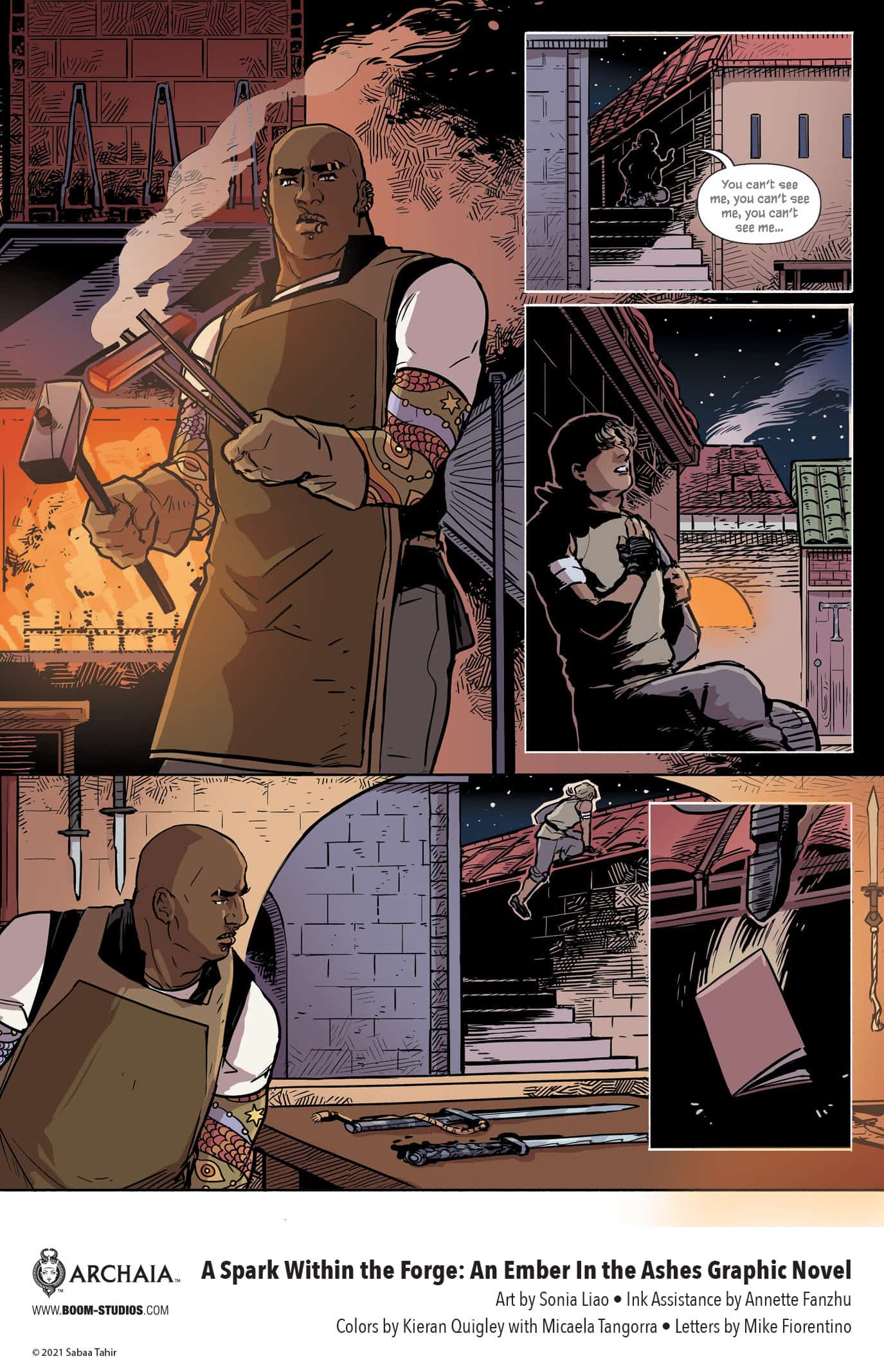 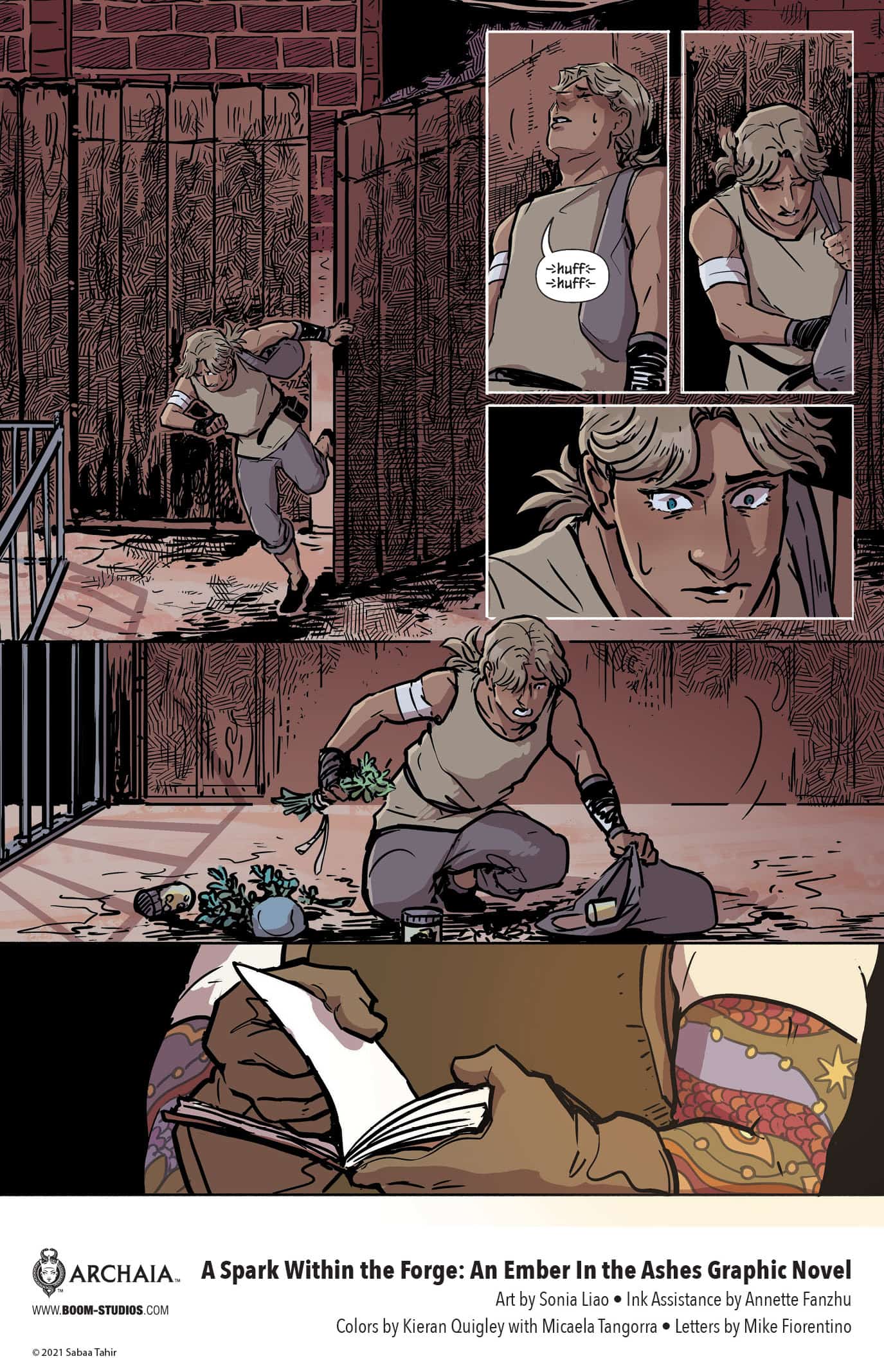 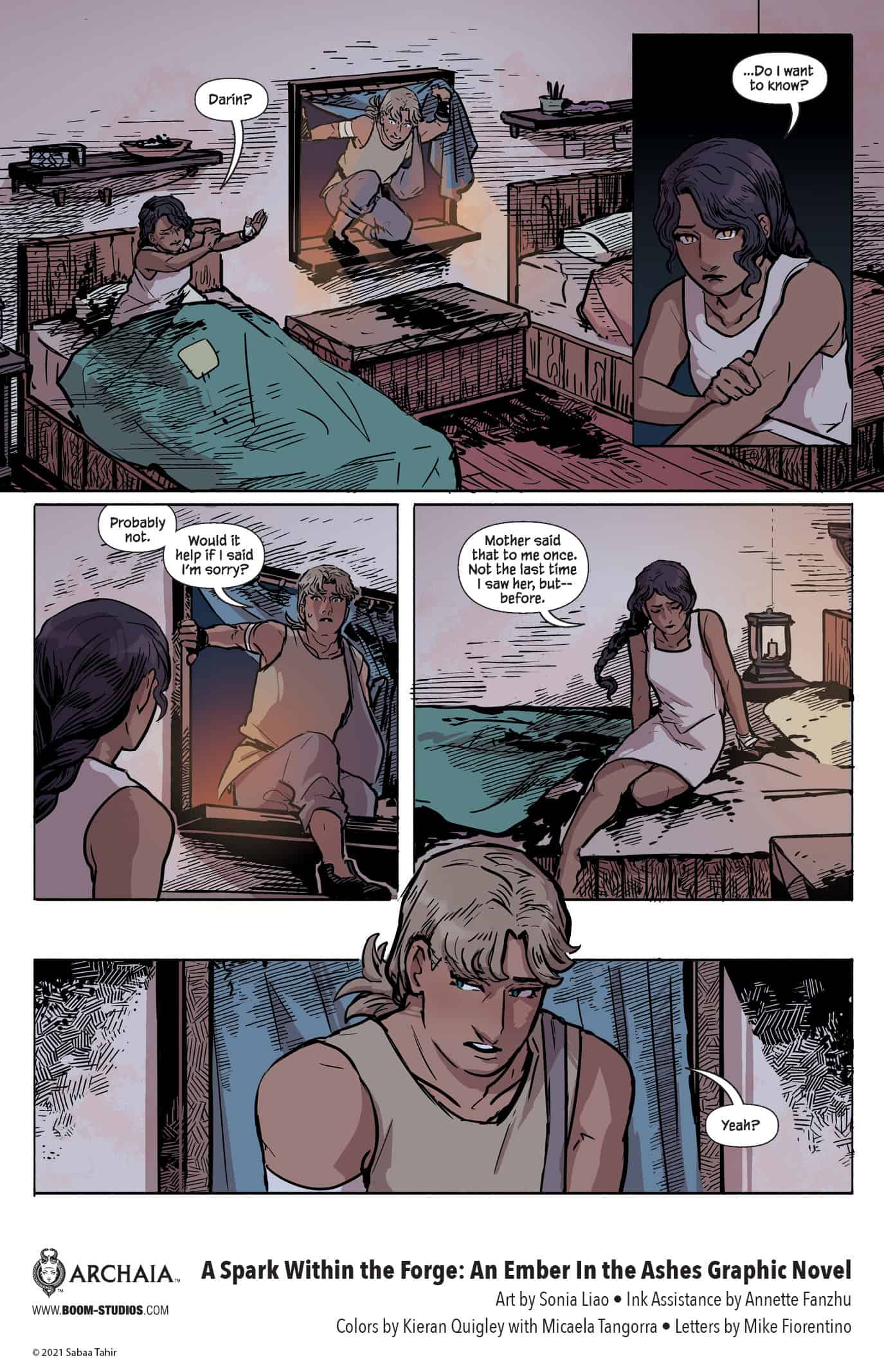 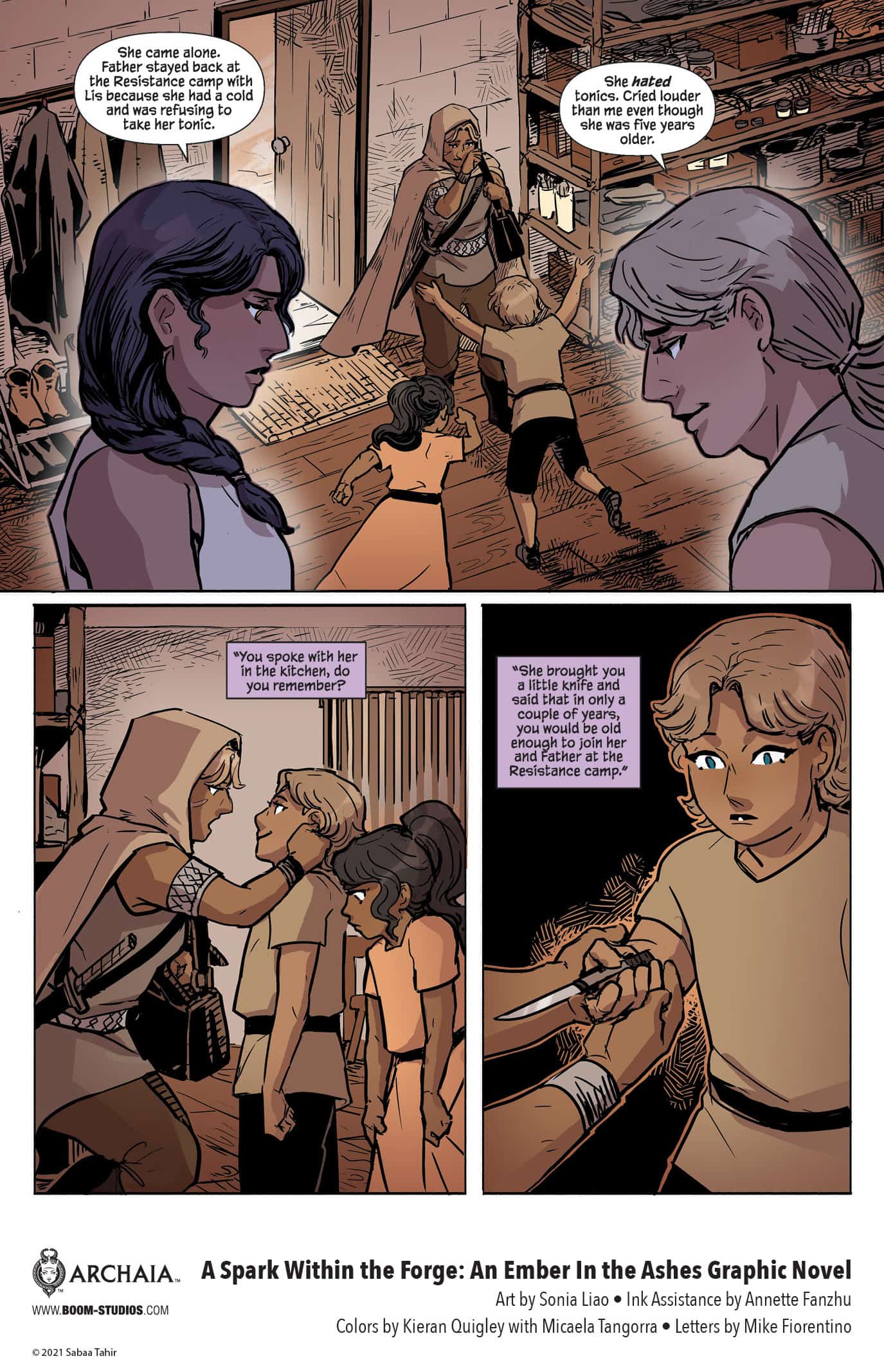 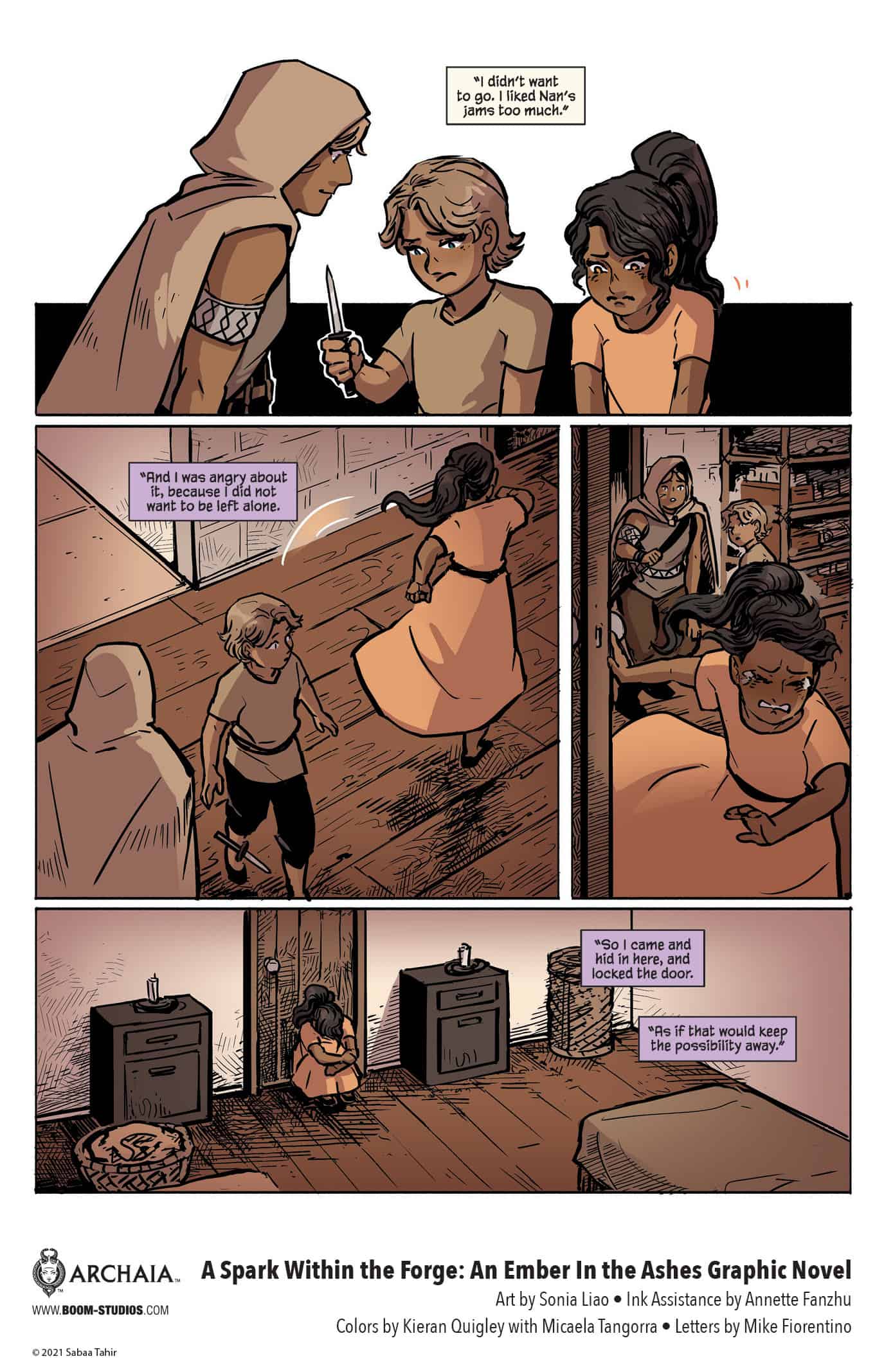 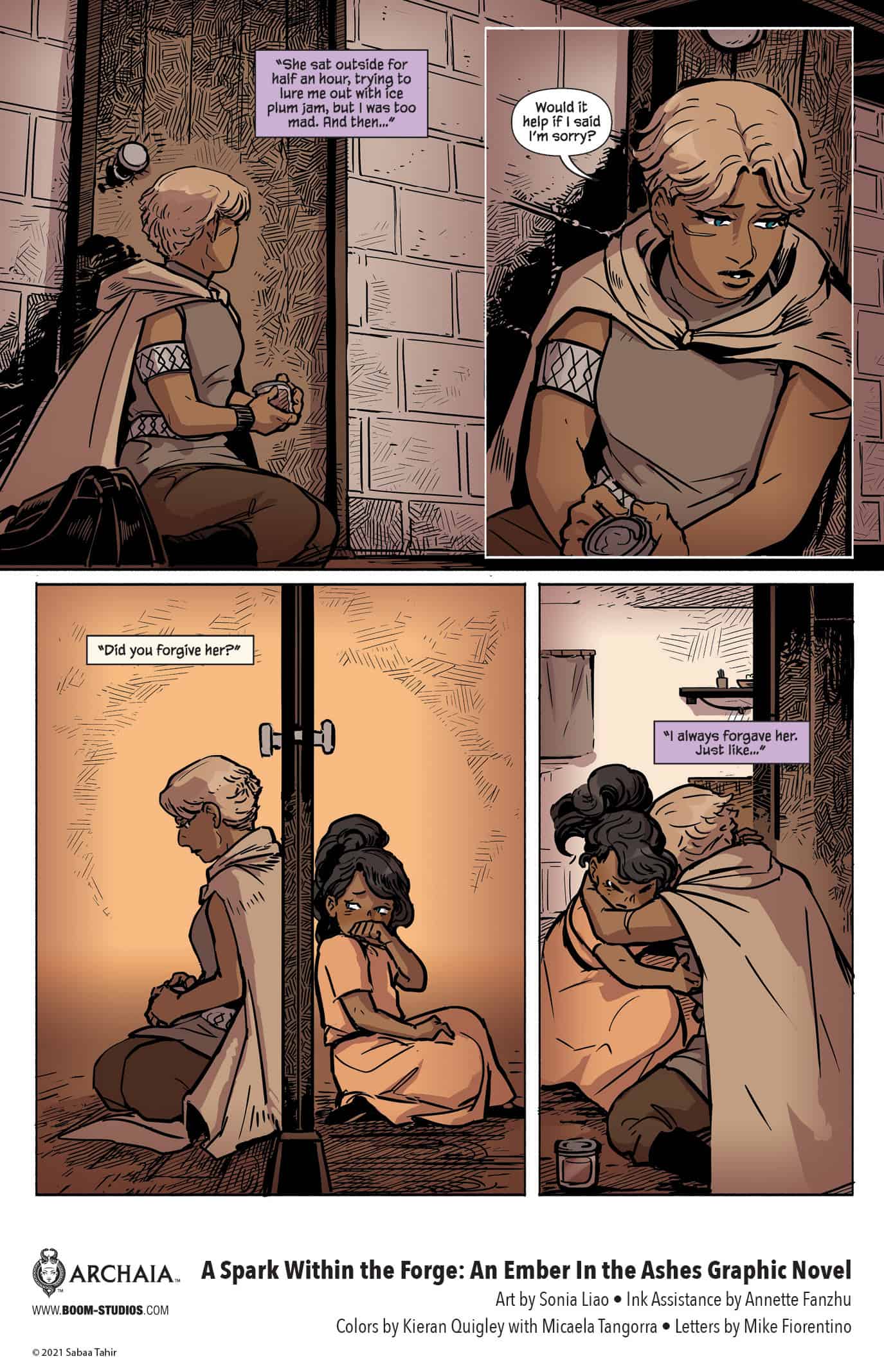 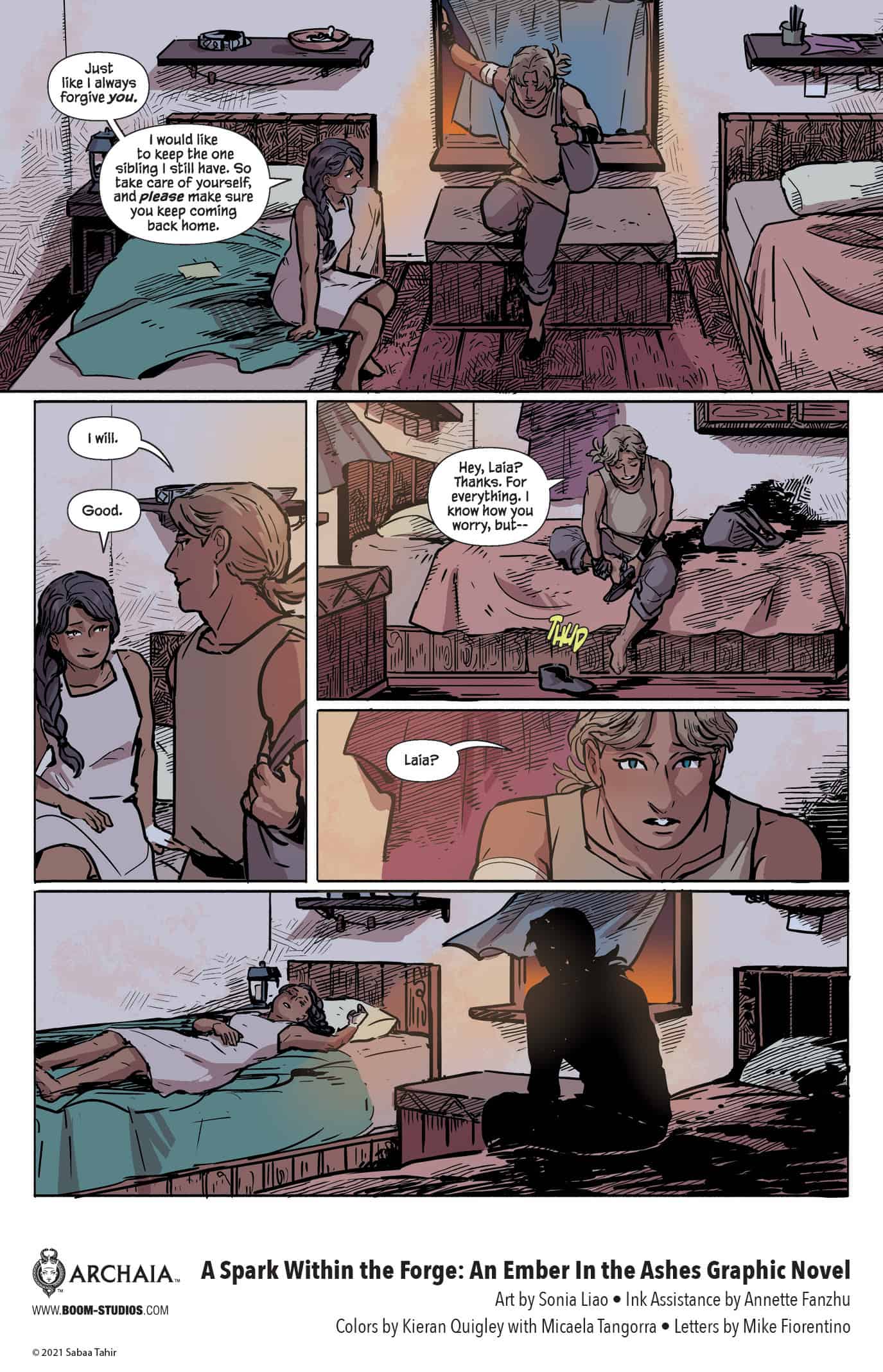 Print copies of A SPARK WITHIN THE FORGE: AN EMBER IN THE ASHES GRAPHIC NOVEL will be available at local comic shops on February 9, 2022 (use comicshoplocator.com to find the nearest one) and bookstores everywhere on February 15, 2022. Digital copies can be purchased from content providers, including comiXology, iBooks, Google Play, and Kindle.

NEWS WATCH: A New Look at BOOM! Studios AN EMBER IN THE ASHES Graphic Novel from Sabaa Tahir