NEWS WATCH: A NEW TEAM OF MUTANT SUPER HEROES CHART THE COURSE FOR THE REIGN OF X IN X-MEN #1

After months of speculation, Marvel Comics is proud to unveil the new team of X-MEN! Cyclops, Marvel Girl, Sunfire, Rogue, Wolverine, Synch and Polaris will be the lineup in X-MEN, the new ongoing X-series launching in July. Brought to you by a team of X-Men all-stars—writer Gerry Duggan, artist Pepe Larraz, and colorist Marte Gracia—this new flagship X-Men title will showcase the incredible adventures of the first X-Men team since the mutant nation of Krakoa was formed in Jonathan Hickman’s revolutionary House of X and Powers of X.

The current era of X-Men has evolved mutant storytelling like never before. No longer protecting a world that hates and fears them, the X-Men said goodbye to their dream of coexistence and founded a thriving mutant homeland. But in the aftermath of X of Swords, original X-Men Cyclops and Marvel Girl realized that the world needed its premiere team of mutant super heroes. Things might be complicated between the nation of Krakoa and the rest of the Marvel Universe, but to the X-Men, things are simple—you do what’s right, you protect those who need protecting and you save the world we all share. This new team are the chosen champions of mutantkind, and they’re up for any battle to protect their people and their home planet.

“It’s my privilege and honor to be reteamed with Pepe Larraz as we throw beautiful and deadly threats at the X-Men beginning in July,” Duggan said. “Mutants have saved themselves, and are now going to save the world. Krakoa will grow roots in the capitol of the world, New York City, and the inaugural year will star Cyclops, Marvel Girl, Rogue, Wolverine, Synch, Sunfire and Polaris. The threats to Earth will come fast and hit hard, and every page from Pepe and Marte will blow your hair back. See you in July.”

See the new team in all their glory on the main cover by Pepe Larraz as well as a special series of variant covers by Marvel’s Stormbreaker artists! Over four connecting covers, this phenomenal jam-piece stands as an homage to Chris Claremont and Jim Lee’s X-Men #1, the all-time best-selling comic book that ushered in the franchise’s nineties blockbuster era. Each elite artist turned out a stunning depiction of the following characters: 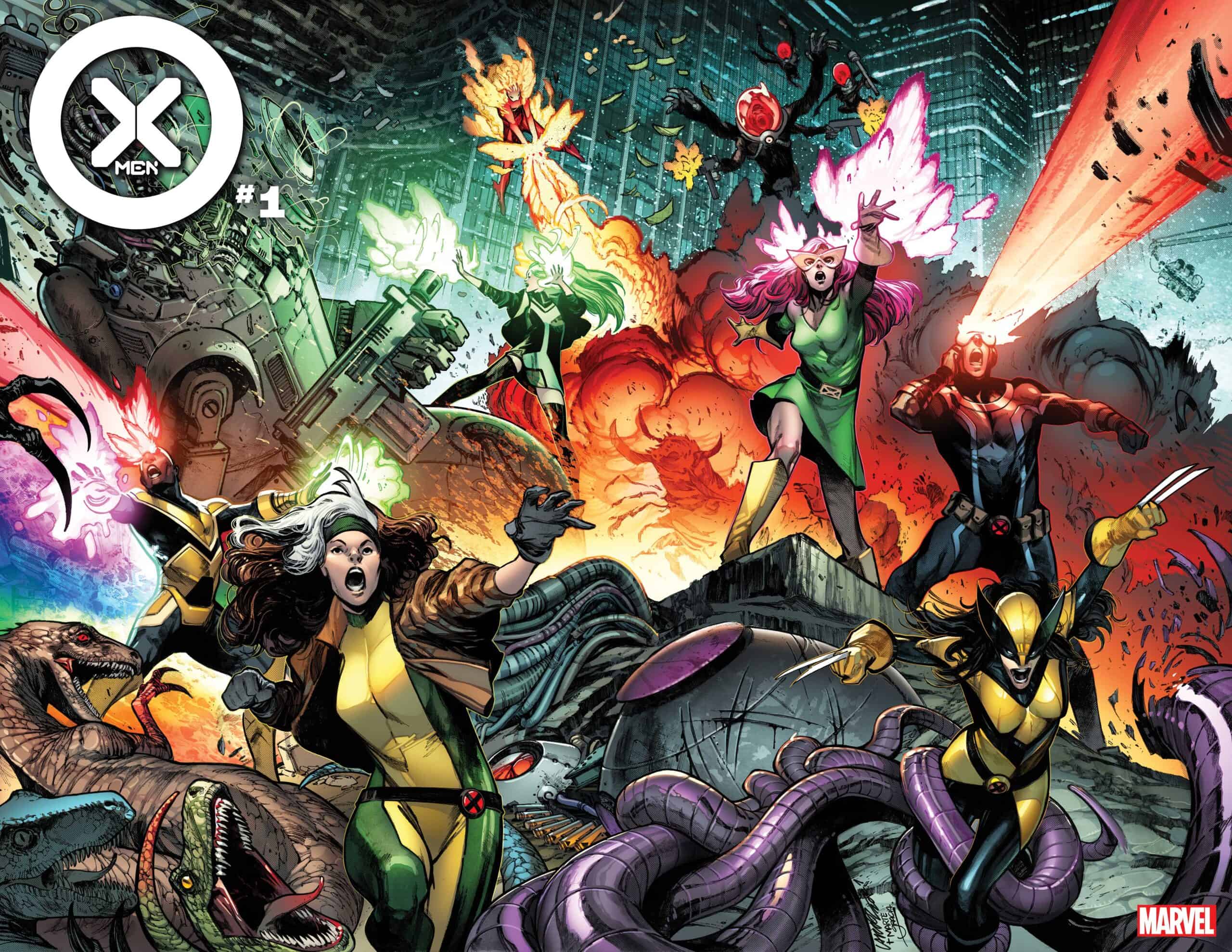 Don’t miss the team’s official debut during June’s HELLFIRE GALA, the highly anticipated event that will tie in to all your favorite X-Men titles. And be there for mutant history in the making when X-MEN #1 hits stands on July 7th. For more information, visit Marvel.com.

NEWS WATCH: A NEW TEAM OF MUTANT SUPER HEROES CHART THE COURSE FOR THE REIGN OF X IN X-MEN #1