NEWS WATCH: A Shocking Alliance Will Take Place Between Sworn Enemies in ONCE & FUTURE #23

BOOM! Studios has released the first look at ONCE & FUTURE #23, the latest issue in the critically acclaimed series from New York Times bestselling writer Kieron Gillen (The Wicked + The Divine, Star Wars), Russ Manning Award-winning artist Dan Mora (Buffy the Vampire Slayer, Klaus), colorist Tamra Bonvillain (Captain Marvel), and letterer Ed Dukeshire (The Red Mother), about retired monster hunter Bridgette McGuire, her unsuspecting grandson Duncan, and their intrepid ally Rose who protect their nation from legends and myths risen from the grave to battle for dominion over the land, available in December 2021.

What must Nimue do to save her son? Strike up a deal with the last person she’d ever team up with… her mother, Bridgette. Meanwhile, Duncan must find another living legend. But are they an ally…or another monster to defeat? 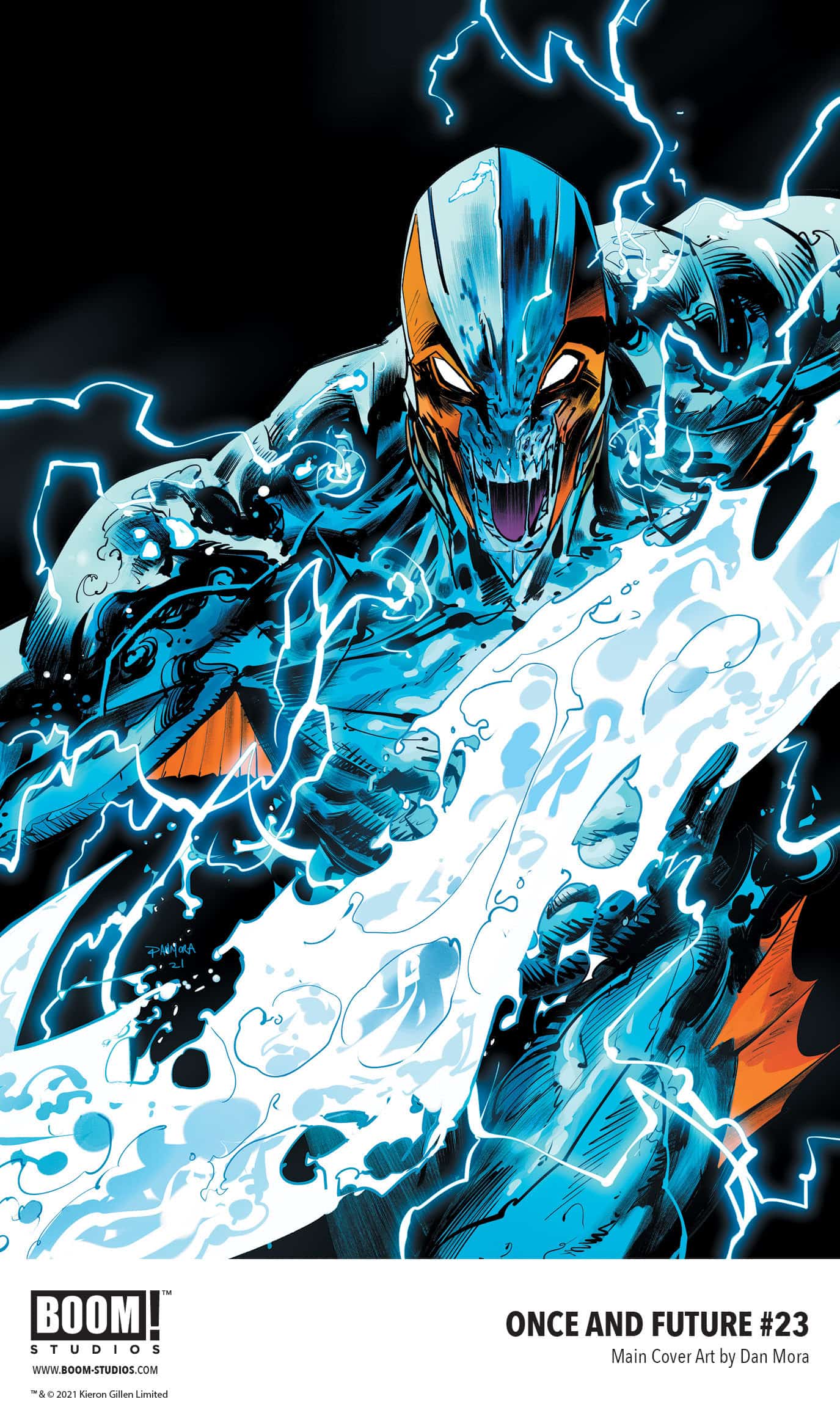 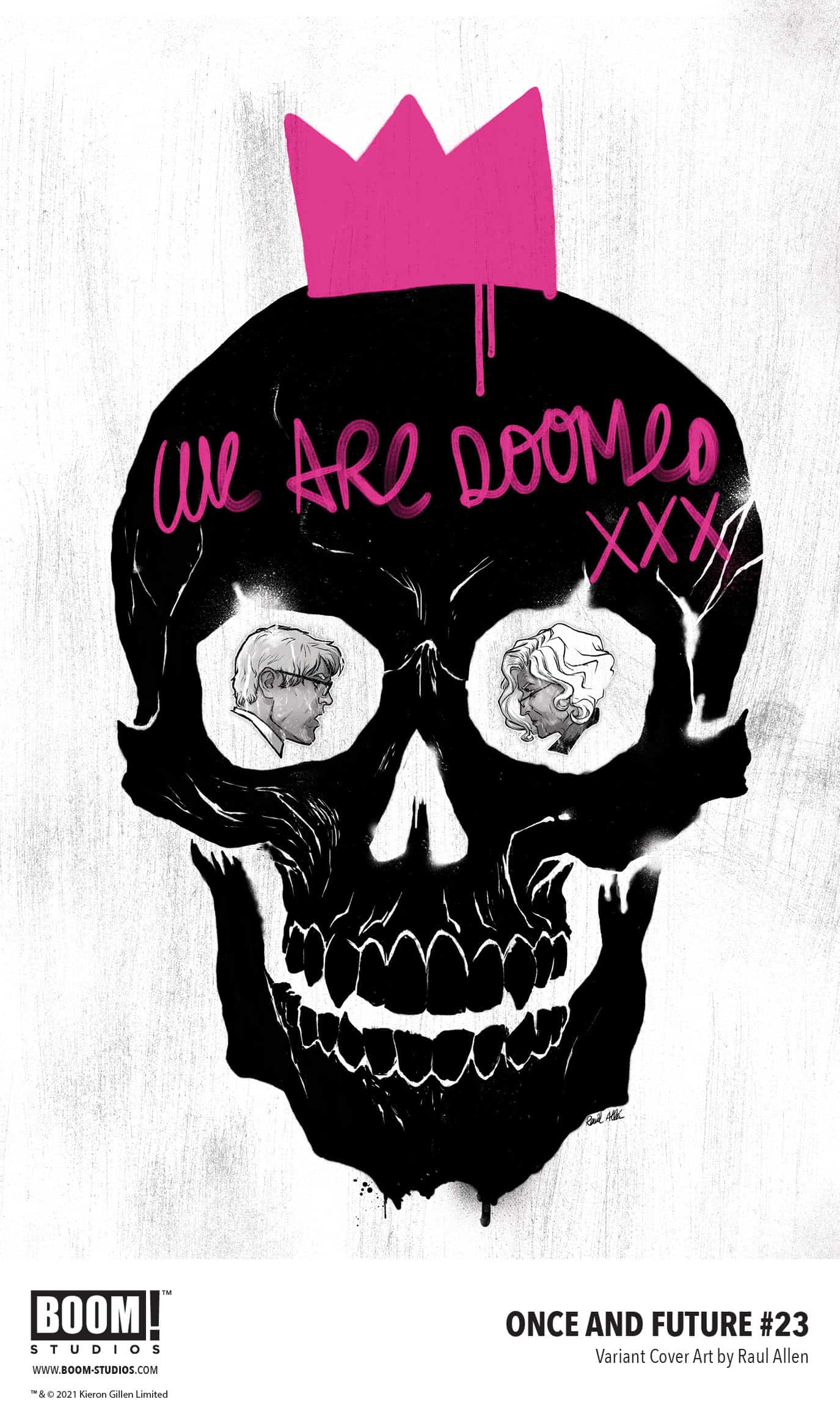 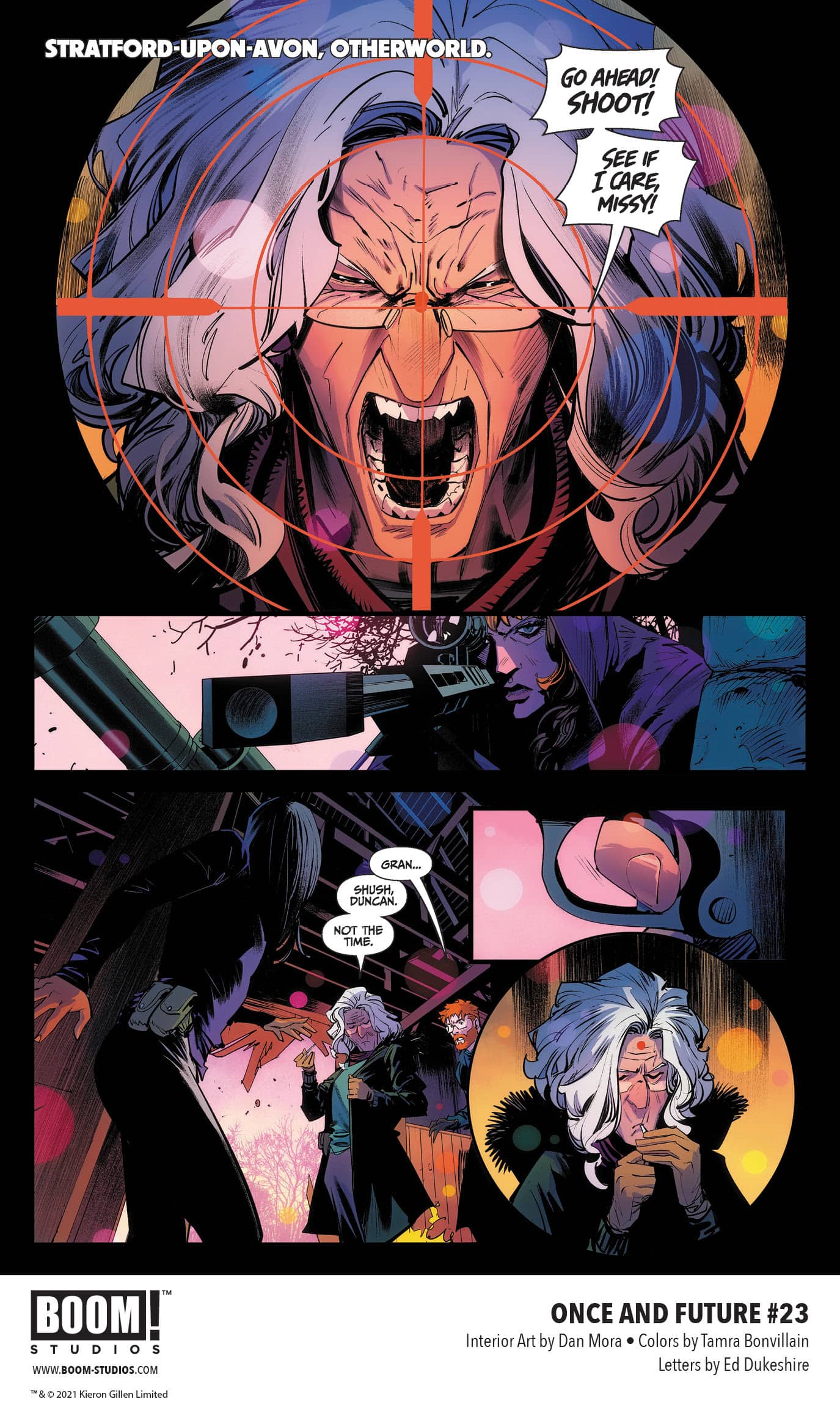 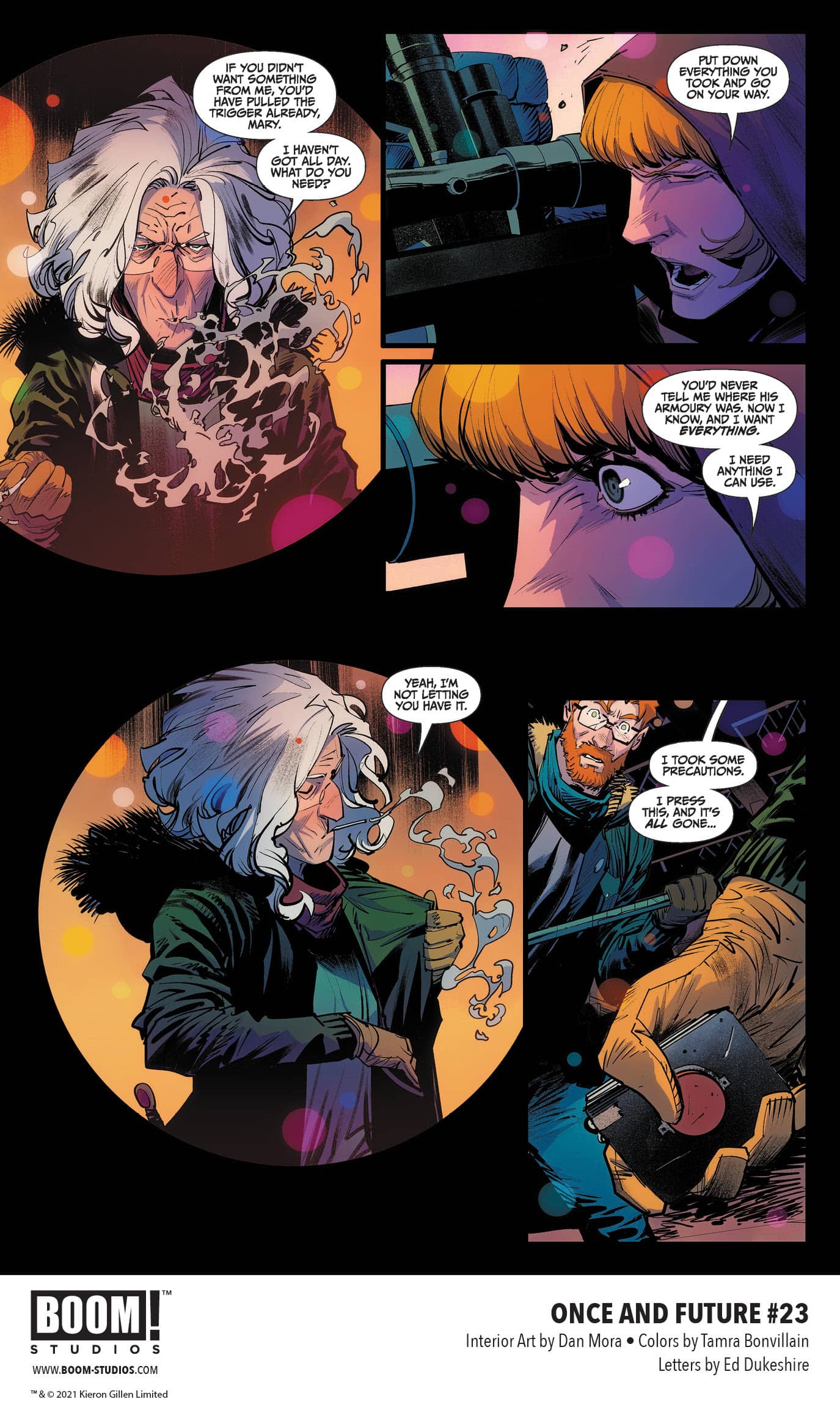 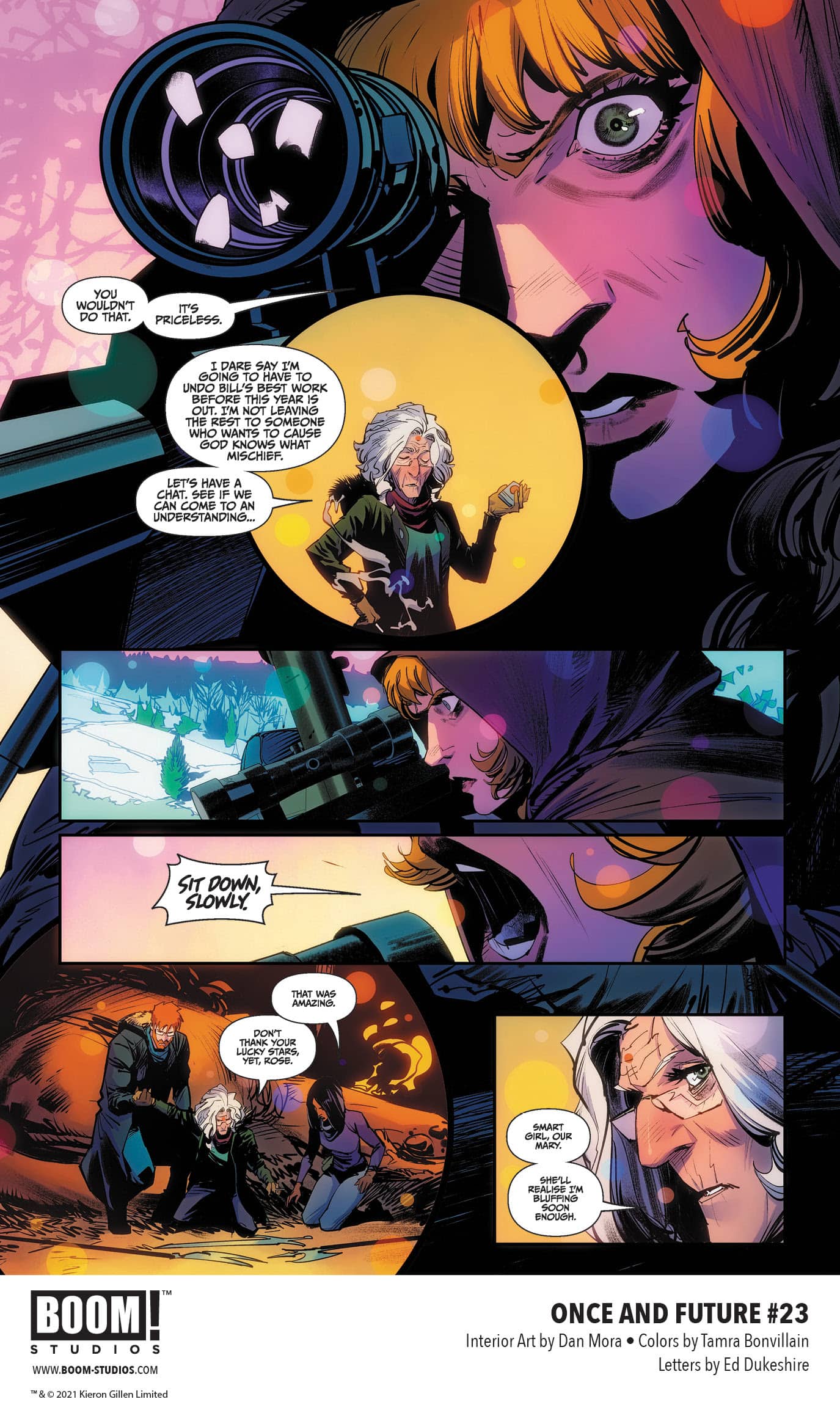 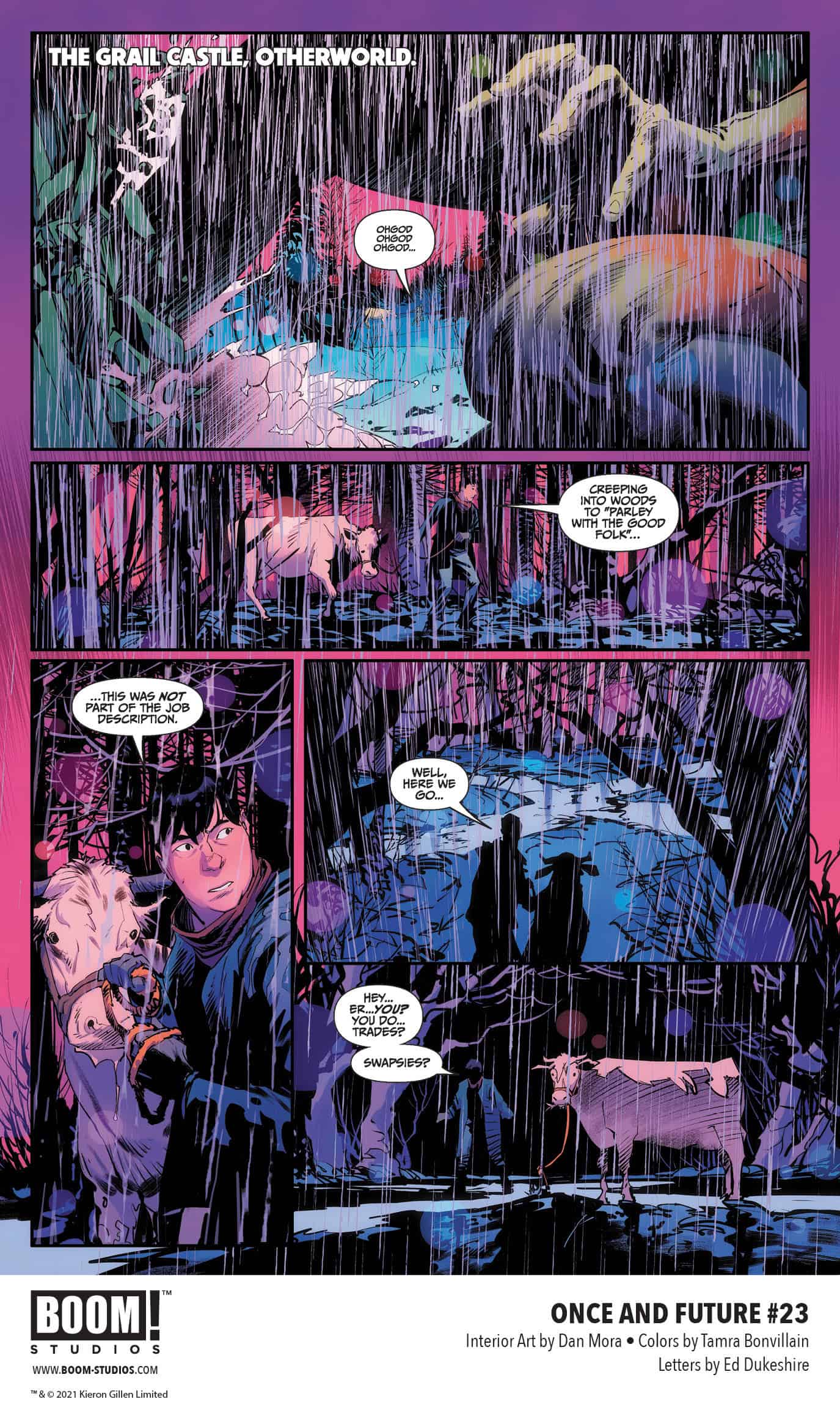 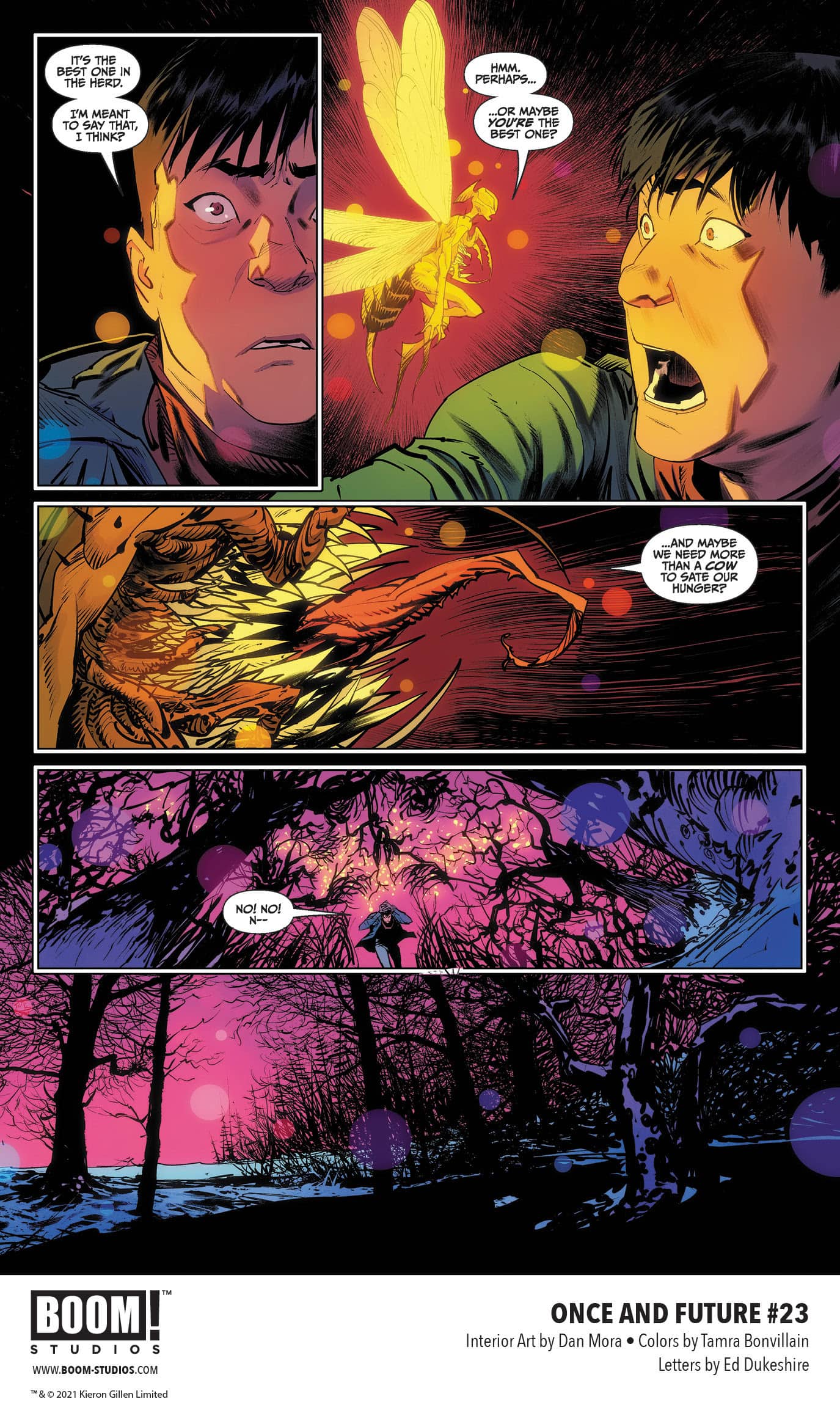 Print copies of ONCE & FUTURE #23 go on sale December 29, 2021, exclusively at local comic book shops (use comicshoplocator.com to find the nearest one) or at the BOOM! Studios webstore. Digital copies can be purchased from content providers, including comiXology, iBooks, Google Play, and Kindle.

NEWS WATCH: A Shocking Alliance Will Take Place Between Sworn Enemies in ONCE & FUTURE #23