AUK Studios has announced that their all-new audio production, the ‘Voices of Dracula’ a new audio adventure set in the world of Dracula, will feature a stunning global voice cast, recorded by an all-star cast from stage, film, TV is coming from Stoker McAuley Productions.

The Voices of Dracula is written by the StokerVerse team, and much of it directed, and produced for AUK Studios by Barnaby Eaton-Jones. AUK is also the exclusive distributor of this (fully funded by AUK) audio drama event, as part of its growing audio development roster.

Writer Chris McAuley, in a press release, explained ‘Voices of Dracula’ as:

“The Voices of Dracula is a unique take on the characters of Bram Stoker’s original, classic novel. Featuring iconic actors, this tale is a snapshot of the character’s journey through the horror masterpiece. The audio answers questions such as ‘How Renfield entered the Asylum’ and brings listeners further into the mystery of Dracula’s motives. Crafted by Dr Chris McAuley and aided by Bram Stoker’s Great-Grand Nephew, Dacre Stoker. This is a thrilling and chilling tale of Darkness.”

“Dacre Stoker is the great-grandson of Bram Stoker and Chris McAuley has pedigree in the creative world, so they’ve combined to create the Stokerverse. Alongside ‘The Virgin’s Embrace’ graphic novel, this is the beginning of their world building and I look forward to seeing what’s to come from them. To be able to work with the voices on show here was a delight and they didn’t really need direction. I’m happy to have produced it, though!”

This exciting audio series takes listeners through an exclusive new take on Bram Stoker’s original novel, as the brilliant actor Simon Templeman sinks his teeth into the legendary Dracula role. Simon Templeman whose voice work includes the popular videogame series, Legacy of Kain, as Tenaval, and as Cryptkeeper Kassir in World of Warcraft: Shadowlands, and earlier roles such as, Star Trek: The Next Generation, The Professionals, Modern Family, House of Lies and so much more, headlines the cast.

You will also find the supremely talented Claudia Christina ( Babylon 5,Fox’s 9-1-1, the voice of Hera on the Netflix series Blood of Zeus, and Helga Sinclair in Atlantis: The Lost Empire), joins Templeman amongst the fantastic cast, voicing the mystery character ‘The Victorian Thief’, whose role will be revealed in time! 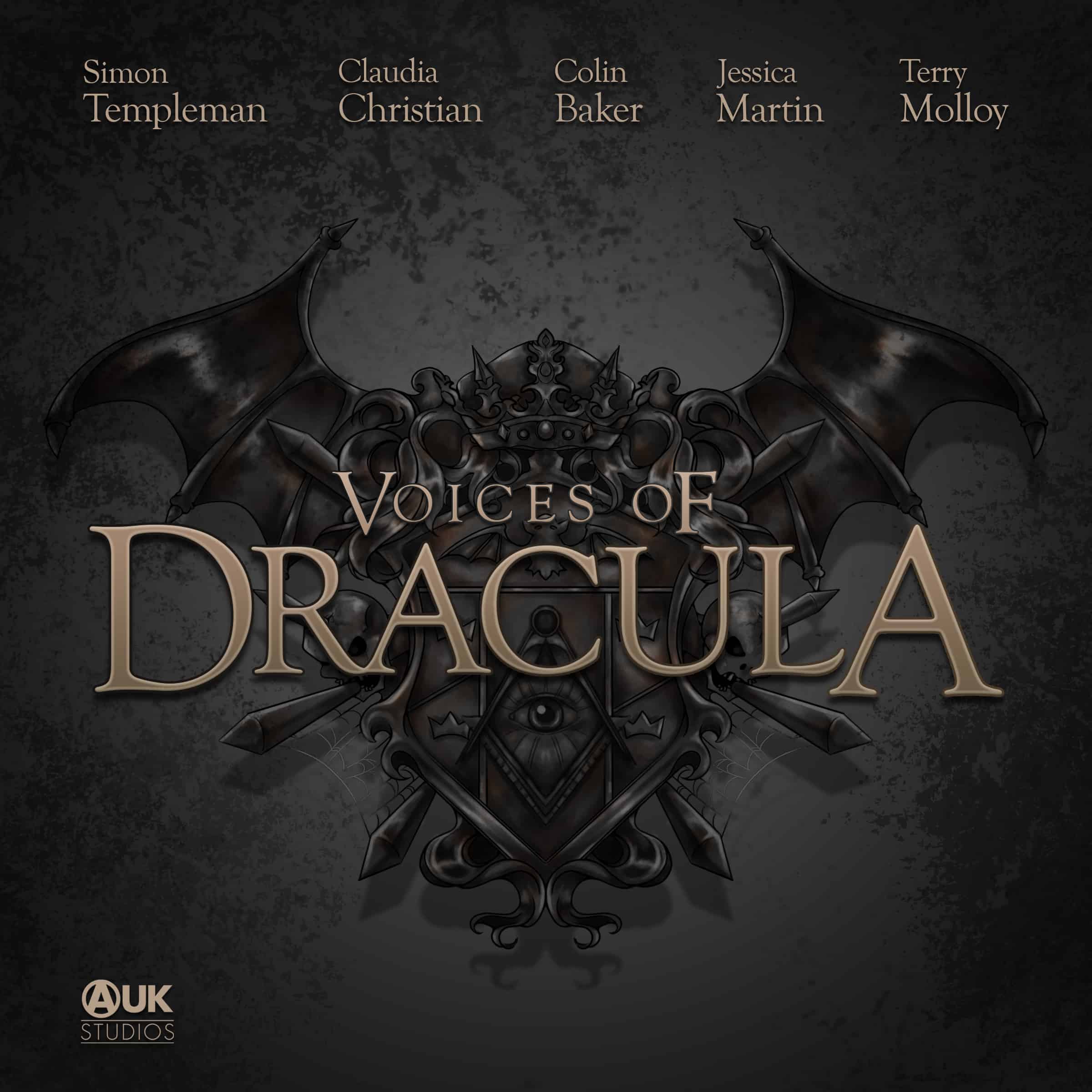 No release date of the production has been announced at this time.

NEWS WATCH: A Star-Studded Cast for the Voices of Dracula