NEWS WATCH: A SUPER VILLAIN WEDDING, THE FUTURE OF ELEKTRA, AND MORE IN DAREDEVIL’S LAST ISSUE!

Over the last two years, superstar writer Chip Zdarsky has teamed up with artists such as Marco Checchetto, Manuel Garcia, and more to make DAREDEVIL one of the hottest books on the stands! Throughout his groundbreaking work on the character, Zdarsky has delivered the most surprising era of Daredevil yet, including fascinating developments like Matt Murdock’s imprisonment, Kingpin and Typhoid Mary’s dangerous new relationship, and of course, Elektra taking over the mantle of Daredevil. And after 36 hard-hitting issues, Daredevil’s legacy as the protector of Hell’s Kitchen will never be the same. This November, Zdarsky’s legendary run will reach its climax in an explosive final issue, but his acclaimed Daredevil saga is far from over…

After a romance that’s blossomed over the last two years in DAREDEVIL, Mayor Wilson Fisk and Typhoid Mary are prepared to tie the knot! But in a fashion truly befitting The House of Ideas, calamity is right around the corner for the happy couple! Also discover who will be left standing as Daredevil: Matt Murdock or Electra Natchios?

“I know writers like to say things like “it’s all been building toward this!!” but, really, it has,” Zdarsky said. “When I sat down to write issue one, I knew that this issue was waiting and that it was going to drastically alter the lives of the Daredevil cast. Issue 36 is NOT an ending, it’s a beginning.”

This must-have special issue of DAREDEVIL will have all the revelations fans have been waiting for! Make sure to keep your eyes on Marvel’s social channels on Tuesday, August 31st as we celebrate Marvel’s Birthday by revealing the next chapter of Chip Zdarsky & Marco Checchetto’s run on DAREDEVIL along with additional new projects from your favorite creators that will shape the past, present and future of Marvel Comics! For more information, visit Marvel.com. 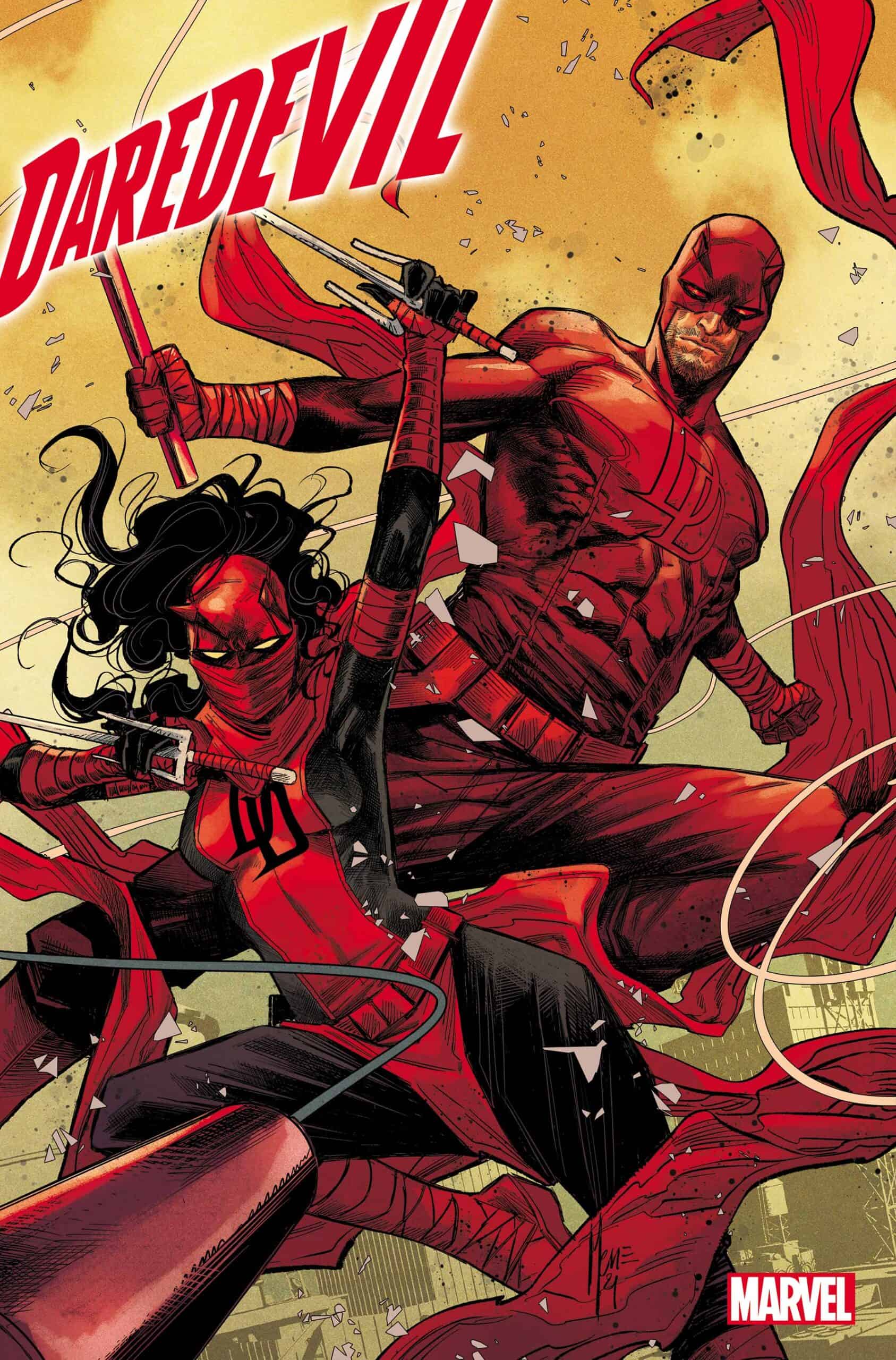 NEWS WATCH: A SUPER VILLAIN WEDDING, THE FUTURE OF ELEKTRA, AND MORE IN DAREDEVIL’S LAST ISSUE!