NEWS WATCH: A Wave Blue World Is Changing How We Buy Comics

In The Premiere #1 Program from A Wave Blue World, two new titles are on the way

A Wave Blue World is aiming to change the way comic readers buy and read titles. With reinventing the way comic books are serialized comes the idea of The Premiere #1 Program which is slated to launch two new series coming in October. The new series will have a new single issue or graphic novel release plan that readers can choose from.

Once the print edition of A Wave Blue World series debuts, readers can choose to continue with a serialized version of the story digitally which will bring subsequent issues released on a biweekly schedule. Or they can wait for a completed print edition collection of the entire series, (graphic novel) released within two months of the initial single issue. The #1s will include the first full issue, as well as extra material such as concept art.

Lisa Y. Wu, vice president of sales and marketing said in a statement that the new publishing program is part of AWBW’s ambition to “reinvent a modern approach to enjoying comics.” and continued to say “We are redefining comics for our retailers and readers for the 21st century in that we are placing their values into the designs of how we publish the stories of today and tomorrow.” 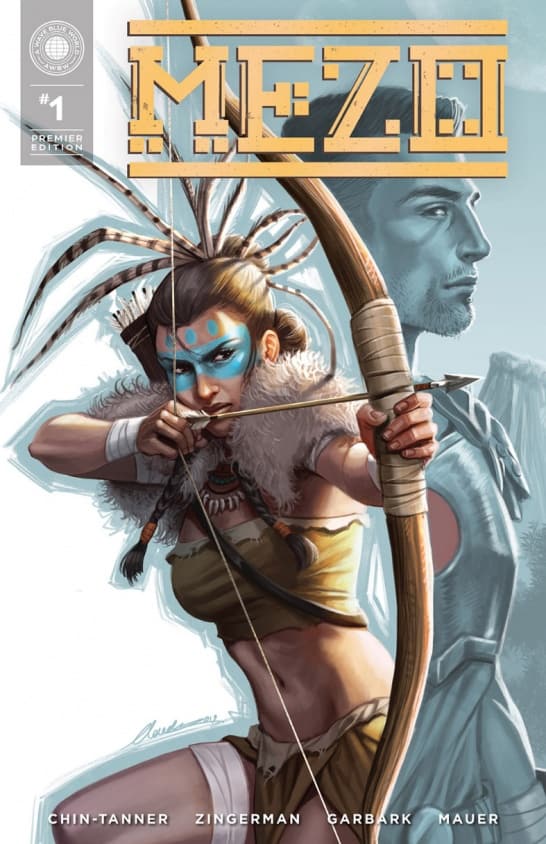 MEZO is a daring Mesoamerican-inspired Game of Thrones-type epic that can only be found at A Wave Blue World. The rise of the Tzalekuhl Empire threatens to disrupt the peace that has lasted for generations across the land of Mezo. When the conquest begins, a young girl named Kyma witnesses the death of her father, Hegol, a tribal leader who refused to yield.
As the solar eclipse nears, Kyma must unite the various tribes against an emperor determined to make them all kneel before his god or be sacrificed in his name. 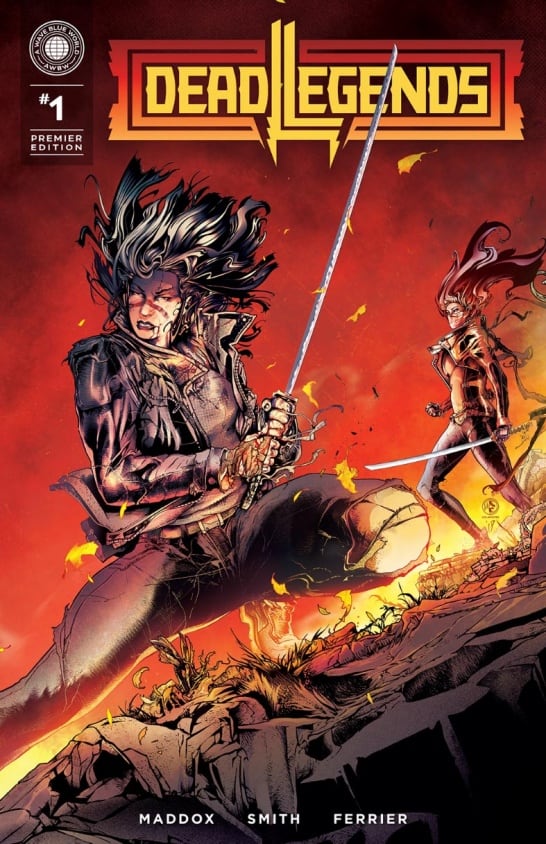 DEAD LEGENDS is Kill Bill meets Enter the Dragon. A widow seeking revenge. A champion is hellbent on losing. A world-class assassin second-guessing her contract. The Dead Legends tournament contains a long history of pitting the best fighters in the world against one another, but this year, these combatants bend the rules and place the future of the tournament in jeopardy. This is the martial arts throwback series that hits harder than a kick to the skull, where alliances are made, bonds are broken, and fighters lose their lives.

A Wave Blue World new initiative marks the second time a publisher has made a push to revitalize the way the comic book industry serializes their merchandise, TKO Studios also made the same play last year and is still going strong. AWBW plans to offer the print single issues and collections by way of Diamond Comic Distributors for comic book stores and other comic outlets.

AWBW president and co-publisher Tyler Chin-Tanner said in a statement. “Two of the challenges that prevent fans from reading indie comics are the difficulty in finding all the issues and waiting long periods of time for them to come out,” and went on to say “We’ve addressed both of those problems by having the full series completed in advance and ready to deliver in whatever format the reader prefers.”

NEWS WATCH: A Wave Blue World Is Changing How We Buy Comics