NEWS WATCH: ACTION LAB’S GOING TO THE CHAPEL #2 HEATS UP THE WEDDING HEIST OF THE CENTURY THIS OCTOBER! 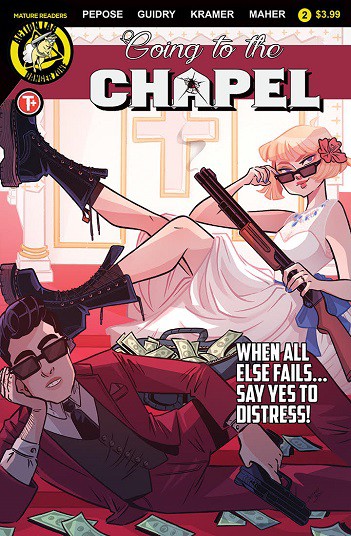 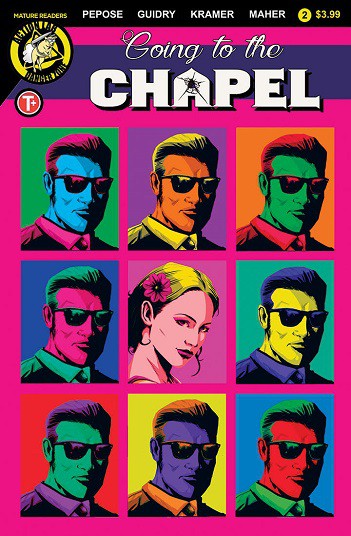 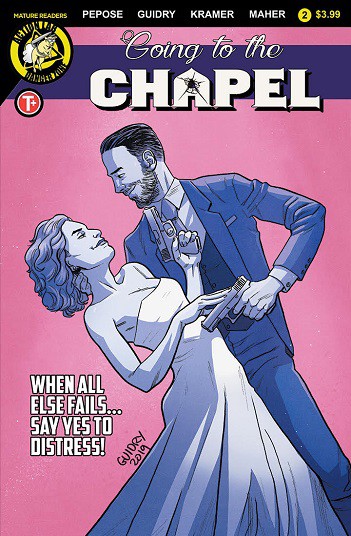 When cops crash the Bad Elvis Gang’s plot,
Will conflicted bride Emily walk down
The aisle as a bonafide bank robber?

GOING TO THE CHAPEL #2,
Due In Stores and Digital October 2018
from Action Lab: Danger Zone

Action Lab’s outrageous new crime comedy revs up in GOING TO THE CHAPEL #2! As the police swarm the chapel, conflicted bride Emily must make a fateful choice — go through with her wedding, or team up with the Bad Elvis Gang to evade the bonds of holy matrimony. What could possibly go wrong? Unfortunately, playing both sides isn’t as easy as it looks… Fans of Sex Criminals, Hawkeye and Crowded should not miss Ringo Award-nominated writer David Pepose (Spencer & Locke) and superstar artist Gavin Guidry (The Death Defying)’s off-the-wall heist thriller, due in stores and digital October 2018, featuring a sensational main cover from Marvel Action: Captain Marvel artist Sweeney Boo! 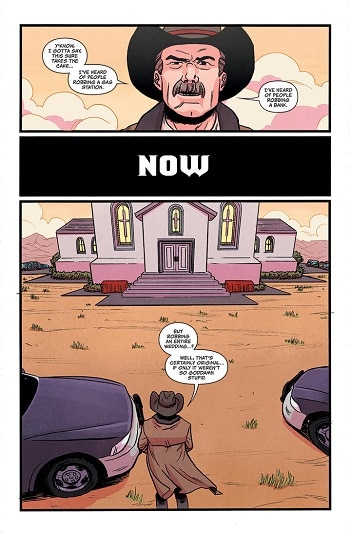 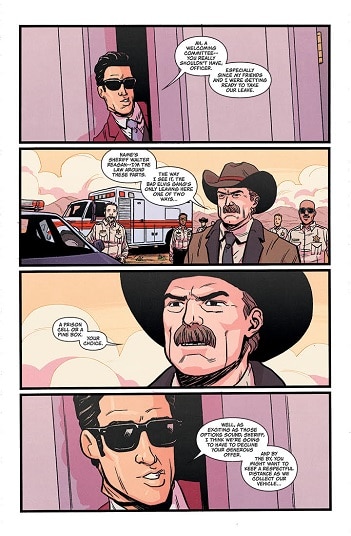 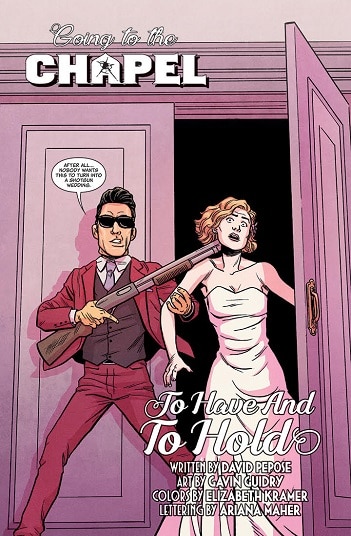 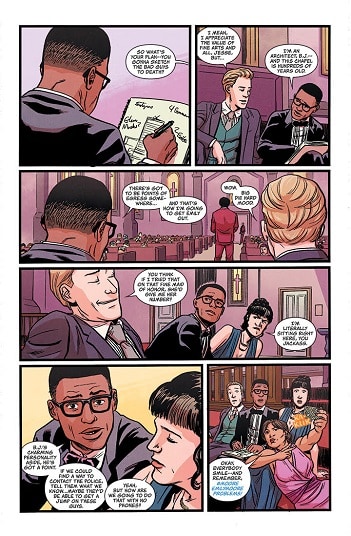 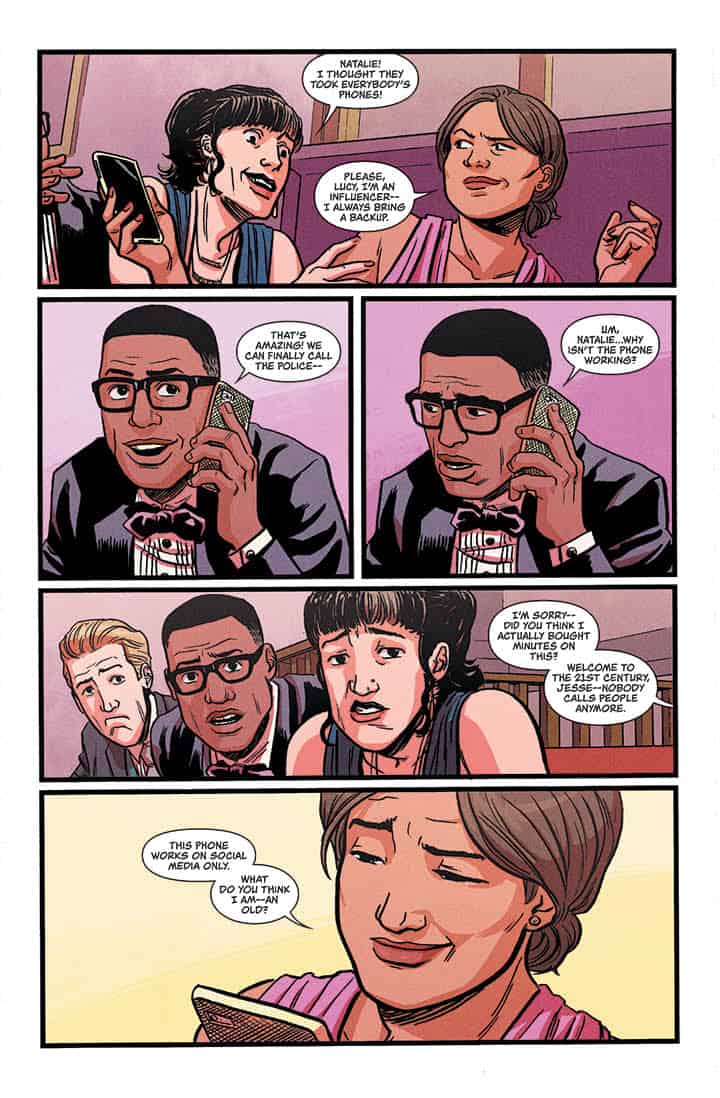 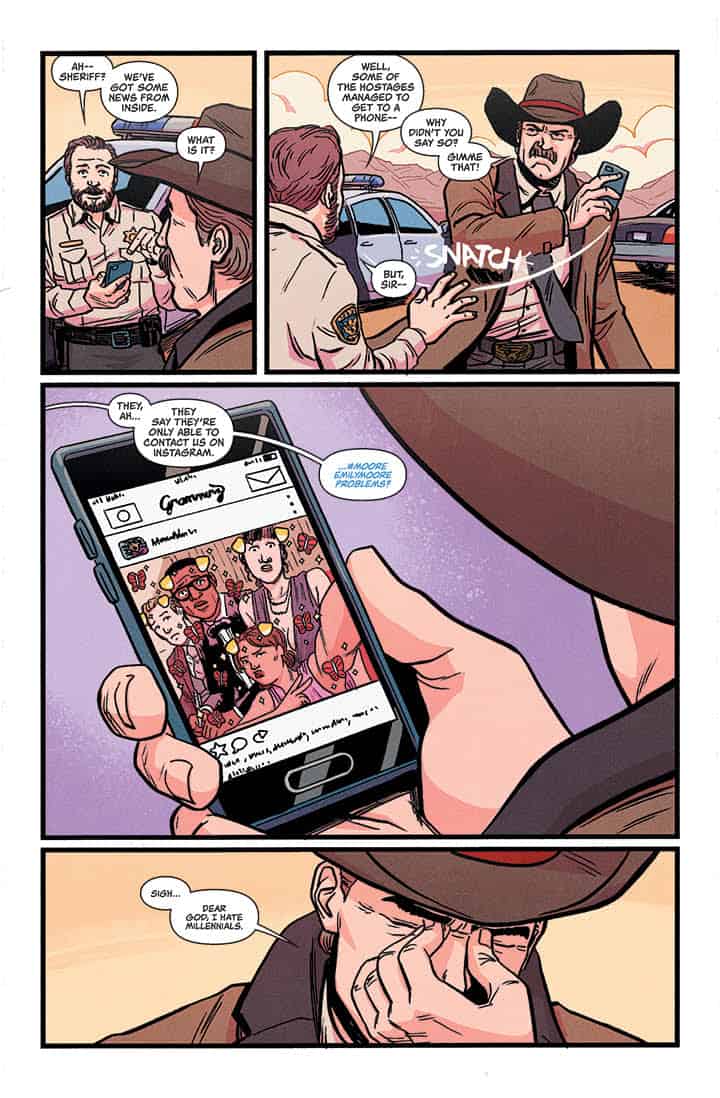 Find out what fans are saying about GOING TO THE CHAPEL:

“Think Wedding Crashers, The Runaway Bride and Die Hard, with a smidgen of Pulp Fiction, and you kind of get the idea of what SPENCER & LOCKE creator/writer David Pepose is aiming for in this new series from Action Lab.” – Comic Crusaders

“GOING TO THE CHAPEL is one part romcom, one part action heist, with a host of interesting characters, one-liners and twists along the way.” – Smash Pages

“One of the year’s funniest comics… stay for the duration of this killer new romantic thriller.” – DoomRocket

“GOING TO THE CHAPEL is a lot of fun and doesn’t hold anything back… what starts as a typical romantic comedy scenario quickly turns into something completely different and unique. ” – Pastrami Nation

“Exceptionally well done… you will be surprised at who you love, who you don’t, and who you end up rooting for in this surprising, laugh-filled shocker!” – Reading With A Flight Ring

NEWS WATCH: ACTION LAB’S GOING TO THE CHAPEL #2 HEATS UP THE WEDDING HEIST OF THE CENTURY THIS OCTOBER!