AFTERSHOCK COMICS has announced thier latest release along with those upcoming on their release schedule:

It’s the question that was left on everyone’s lips when Maniac Harry shambled off into the mists of the urban jungle at the end of the last issue of the first story arc of Elliott Kalan and Andrea Mutti’s MANIAC OF NEW YORK. Well, looks like he took the 2 train up to The Bronx! And that’s where we pick up his trail as the second story arc begins in MANIAC OF NEW YORK: THE BRONX IS BURNING #1, slicing its way into shops TOMORROW, December 1st!

The new series offers more of a look at a New York City that has fully accepted the mass murderer as an inevitable price of doing business. “The new arc…will give us more glimpses of how Maniac Harry has really insinuated himself into the fabric of New York life: copycat criminals, school Maniac drills, rap lyrics,” Kalan said when the second arc was announced in August. “We’ll also be following the Maniac into parts of the city we haven’t seen before, culminating in a huge scene at a public event that I’ve been wanting to include ever since the first series and which I can’t wait to see Andrea draw.”

While the first series took inspiration from Friday the 13th Part VIII: Jason Takes Manhattan and The Taking of Pelham 123, Kalan says the new arc has fewer overt movie influences. “With ‘Maniac’ Vol. 2,” he said, “a lot of my thinking was in trying to broaden the landscape of the series. Vol. 1 spent so much time in the subway, but New York is a whole world, with lots of spaces we don’t get to see in movies too often: schools, bodegas, stadiums. The places New Yorkers go, and where the Maniac is bound to follow.”

HERE’S WHAT’S SHAKING THIS WEEK AT YOUR COMIC SHOP

MANIAC OF NEW YORK: THE BRONX IS BURNING #1

After the tragedy of The Death Train, Detective Zelda Pettibone and mayoral aide Gina Greene have lost the trail of the Maniac – and the support of the city. Copycats are springing up, tensions are high and traffic is a nightmare. So, what happens when your favorite unstoppable, mindless killer resurfaces in a Bronx high school? Can Zelda and Gina get there before Maniac Harry adds to his body count? Will the students tear their attention away from their phones long enough to even notice there’s a monster in the halls?

Writer Elliott Kalan and artist Andrea Mutti return for the next chapter of the hit horror-satire that’s somehow even scarier than the world we actually live in! 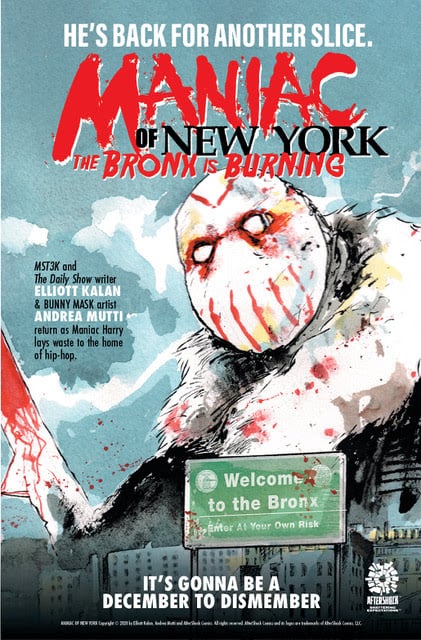 Edgar swore he was done with The Order. He was done with the secrecy, the monsters and, most importantly, the killing. But now the murderer known as Jack the Ripper has hit close to home, and Edgar has no choice but to do what he promised he never would…return to The Order, and his brother along with it, to enact his plan of terrible revenge. Aaron Tse’s path of revenge has already taken him from America to China to avenge an attack on his parents perpetrated by his own family. After a disastrous shootout between the Hu and Margolis sides of said family, Aaron questions everything. Is this a war he can’t win? Just when Aaron thinks the stakes can’t get any higher, tragedy strikes again, and this time, it might finally push him past the point of no return. 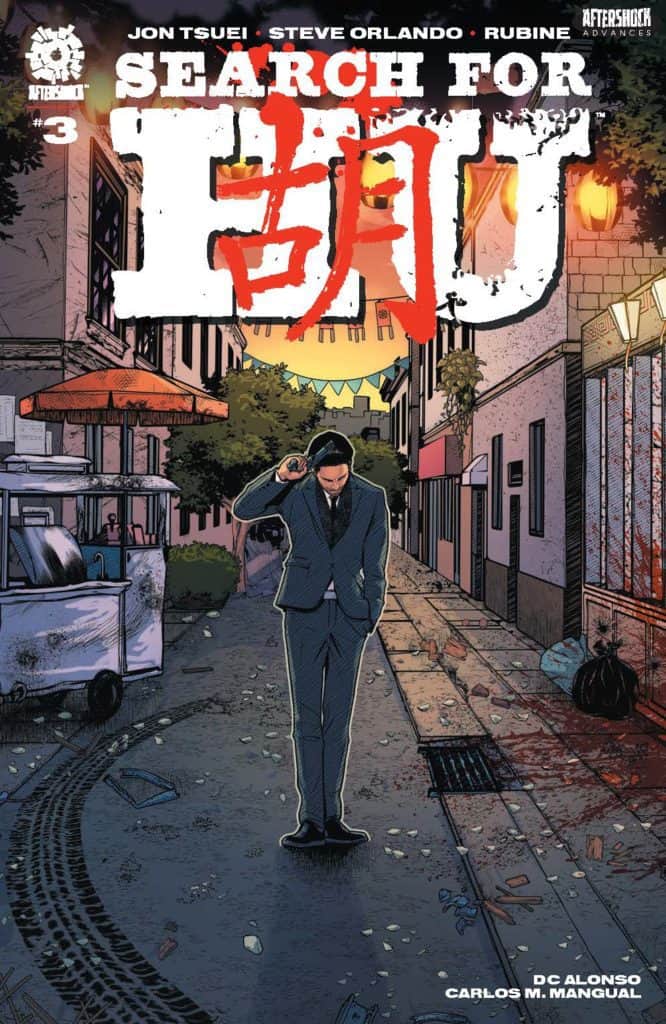 The dragon $% has hit the fan. It’s all but certain that the dragon is going to destroy Green Village, and the people who couldn’t or wouldn’t leave the neighborhood are going to die. Sonny Campisi has one last desperate chance to save his home, but he’s going to need help from the most unlikely source. JOIN US LIVE FROM THIS THURSDAY 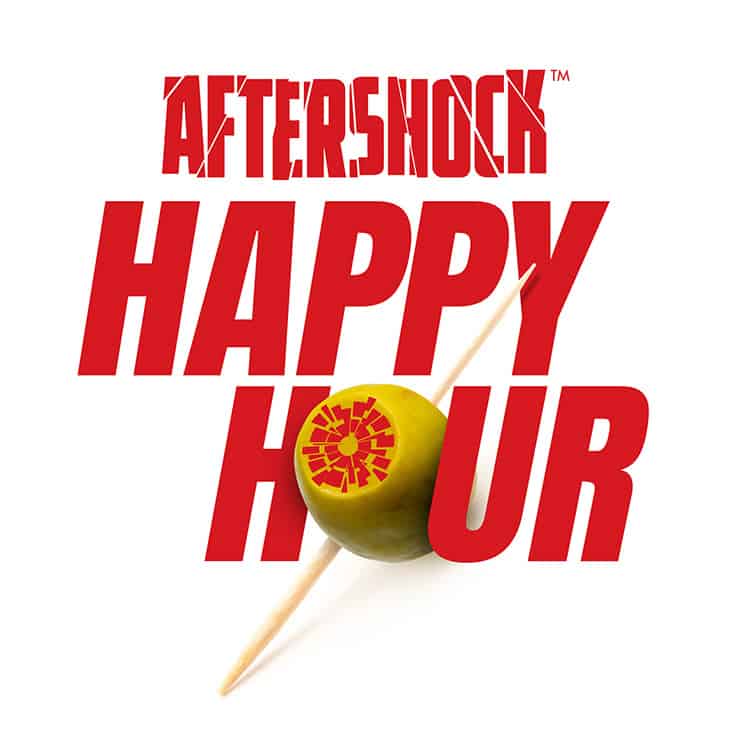 PLUS THE WORLD-FAMOUS AFTERSHOCK LIVE SALE!

PHANTOM ON THE SCAN: THE COMPLETE SERIES

The comet brought Matt a gift. He’d like to give it back.

Twenty years ago, a comet fell to earth. Since that night, Matthew has been haunted by a spirit that gives him incredible psychic abilities.

Every time Matthew uses his gifts, he draws closer to death, and other psychics – all of whom gained their powers on the night the comet fell – are dying in horrible ways. To save himself, Matthew gathers a group of psychics to solve the mystery of their powers before it’s too late.

“Cullen Bunn and Mark Torres team up to kick you good and hard, right in the gut. It’s a whole twisted ball of heavy, ominous and bloody.” – Brendan M. Allen, COMICON.com In a city of lies, she fights for truth. 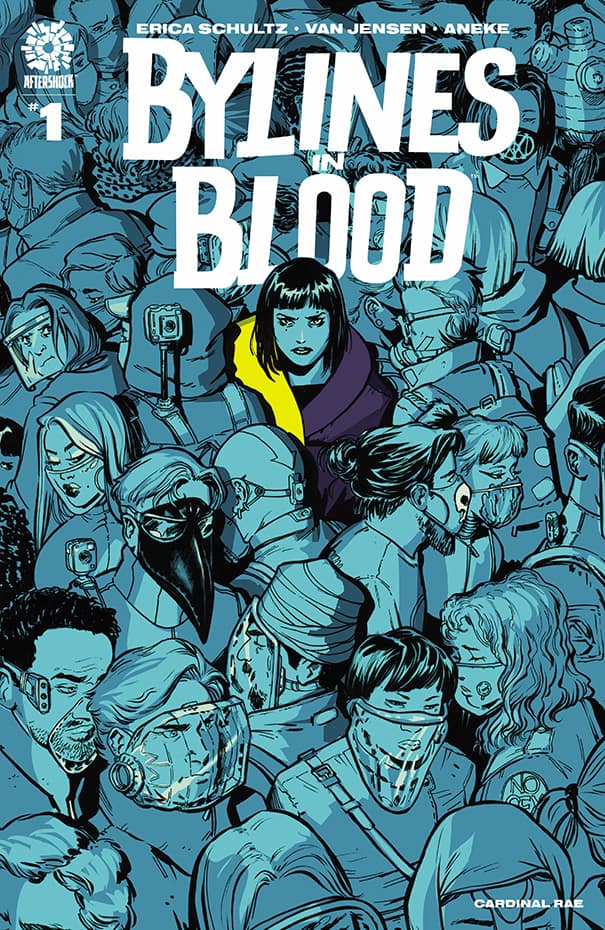 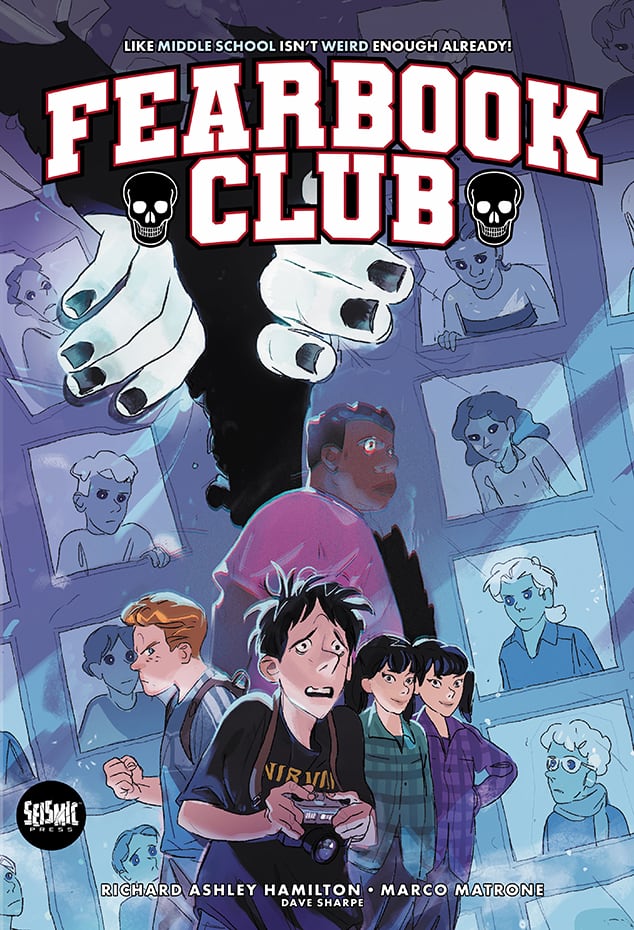 Check out these titles from AFTERSHOCK COMICS releasing this week and the months ahead at your local comic shop.