Featuring The Misadventures of An Over-The-Hill Stand Up Comic

Melville Snelson was killing it. He was the talk of the stand up circuit. He had a TV sitcom in development! He even had a date with Janeane Garofalo (although, to be fair, she denies it). But that was the 1990’s — and that was a long time ago.

Welcome to SNELSON: COMEDY IS DYING, an all-new series from AHOY COMICS, written by Paul Constant, featuring art by Fred Harper, colors by Lee Loughridge and lettering by Rob Steen. This 5-issue series chronicles the misadventures of a washed-up comedian whose career peaked when Dawson’s Creek was still on the air. Bitter because he missed his big break in the ‘90s, Snelson is struggling with the idea that he’s a victim of cancel culture or, even worse, forgotten altogether. The debut issue, featuring a collectible variant cover by legendary cartoonist Peter Bagge (Hate), will be published by AHOY Comics on August 4, 2021.

SNELSON: COMEDY IS DYING is written by Paul Constant, whose acclaimed comic with Alan Robinson, PLANET OF THE NERDS, was optioned by Paramount Players. “SNELSON: COMEDY IS DYING is the rare satirical comic that keeps getting more and more relevant as it gets closer to publication,” says Constant. “If you’ve ever stared in slack-jawed fascination at the shameless grifters who love to whine about being silenced by cancel culture in books, on podcasts, and on YouTube, you’ll absolutely love to hate Melville Snelson.”

Fred Harper does interior art for SNELSON: COMEDY IS DYING, with colors by Felipe Sobreiro, as well as full art and colors for the series’ main covers. “Melville Snelson is an ass,” said Harper. “I hope there aren’t any new laws about creative team character abuse, or if there were, we should read them to make sure we didn’t miss any.” 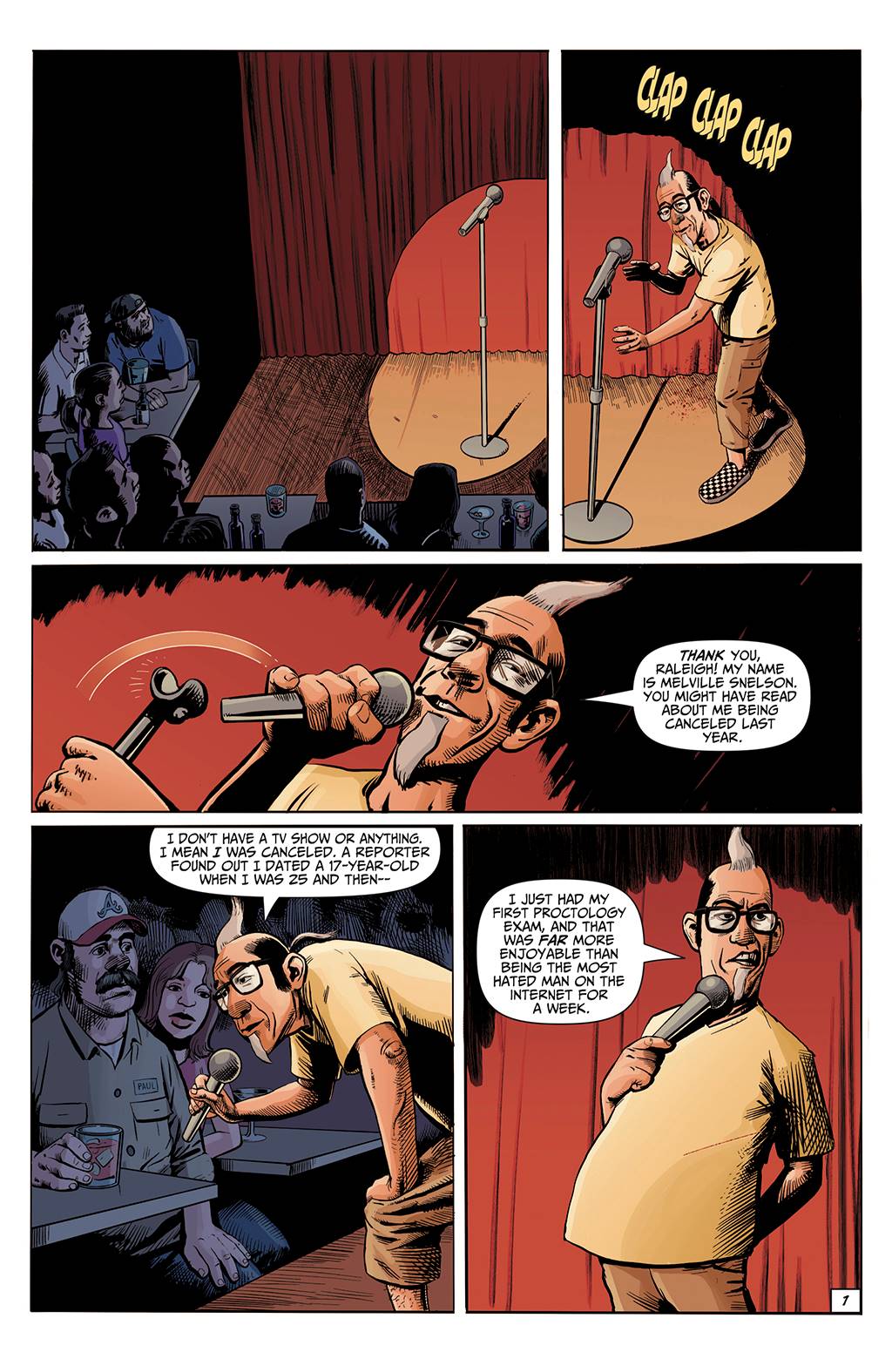 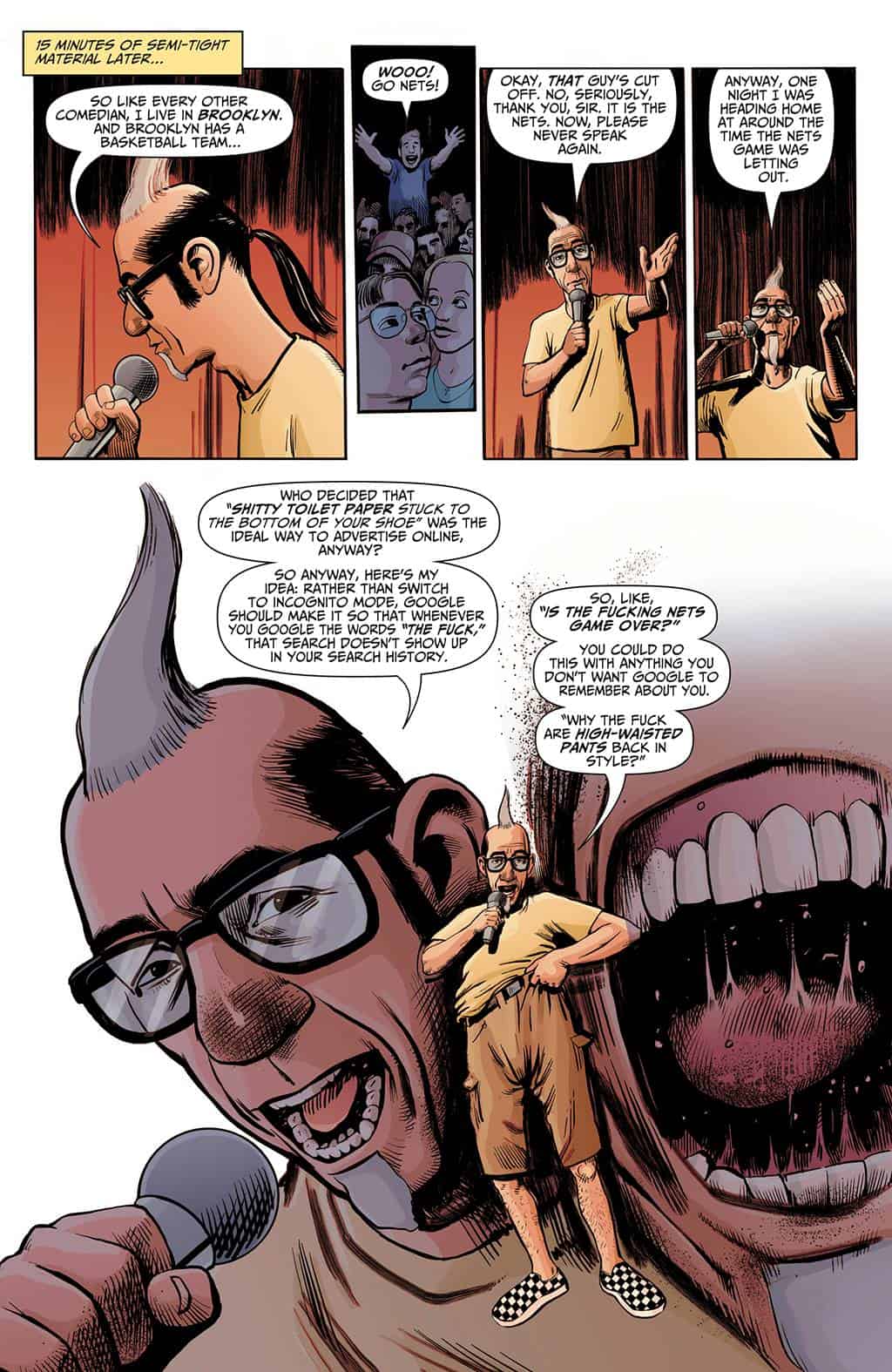 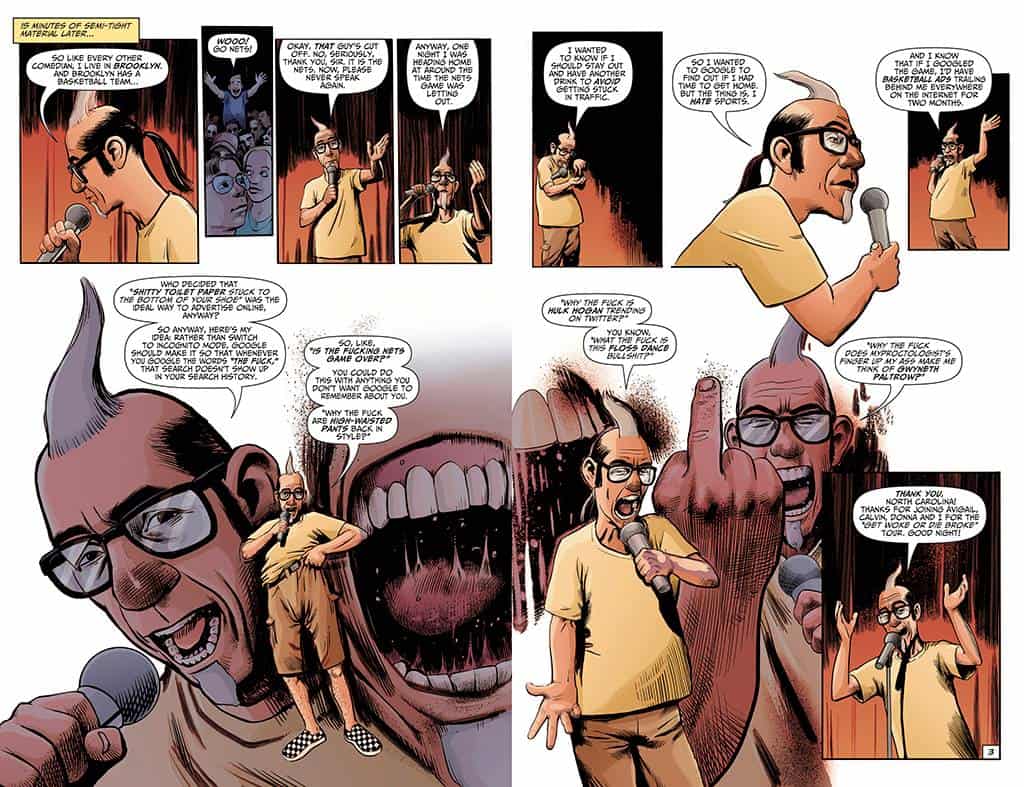 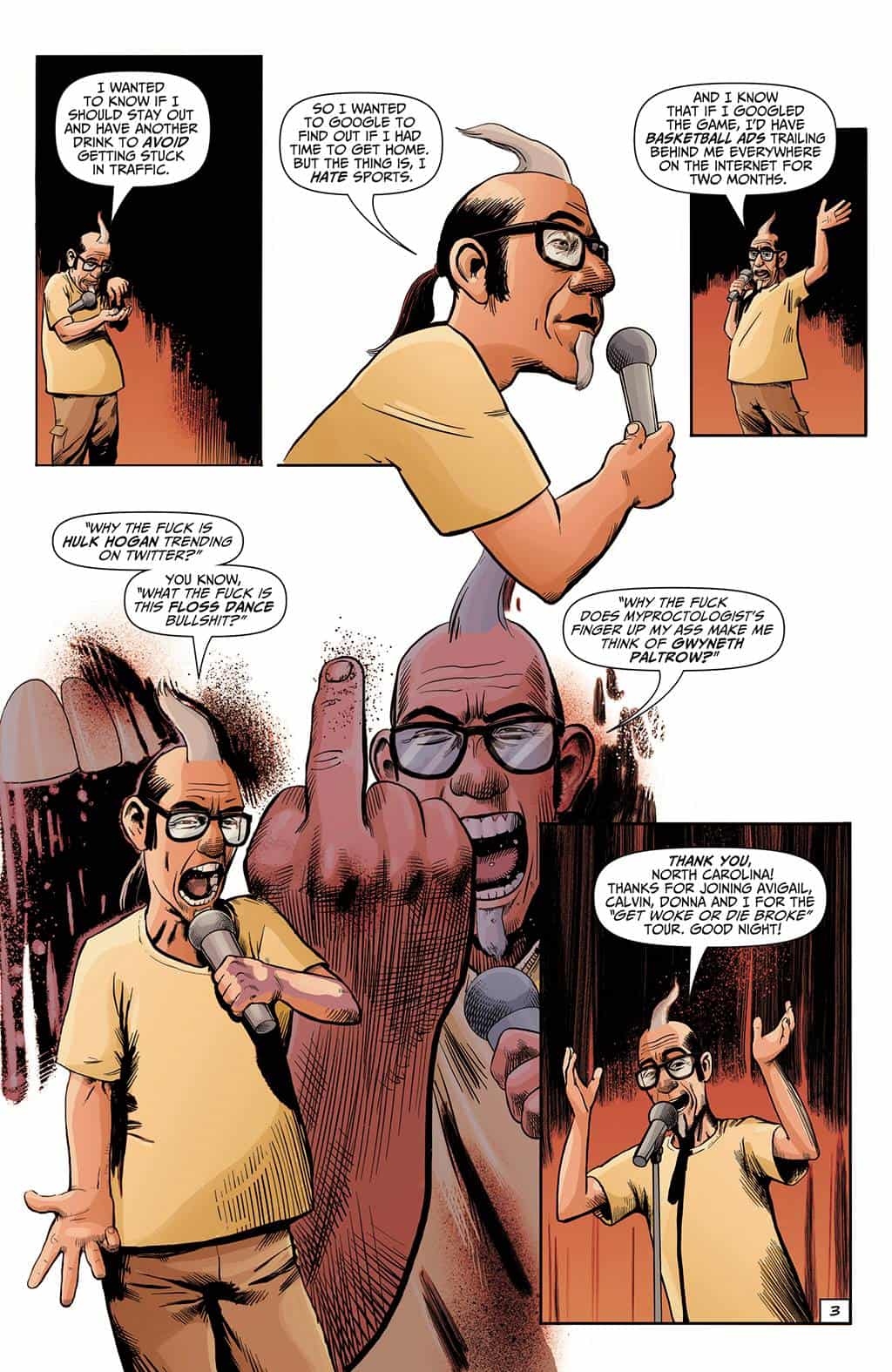 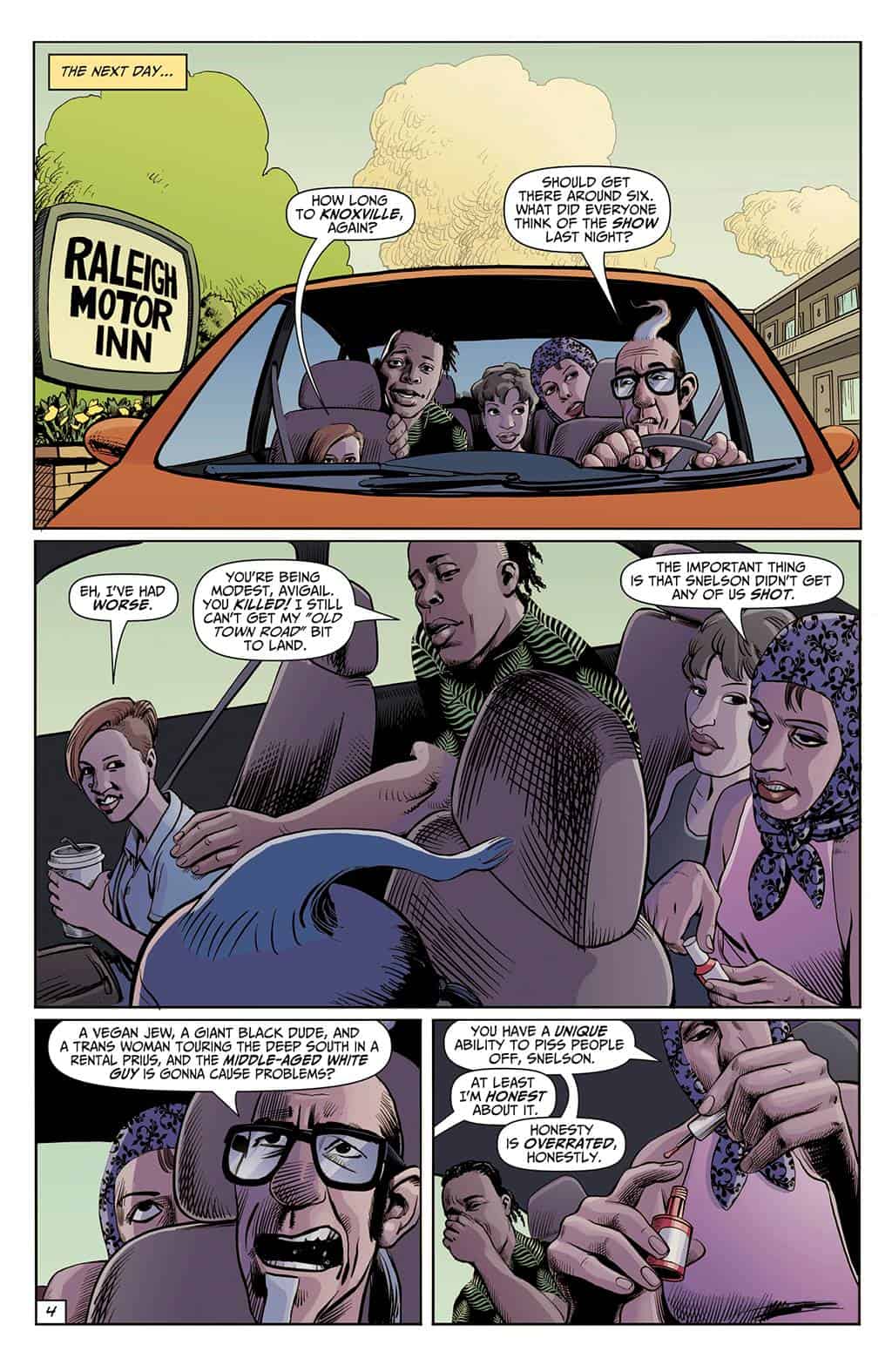 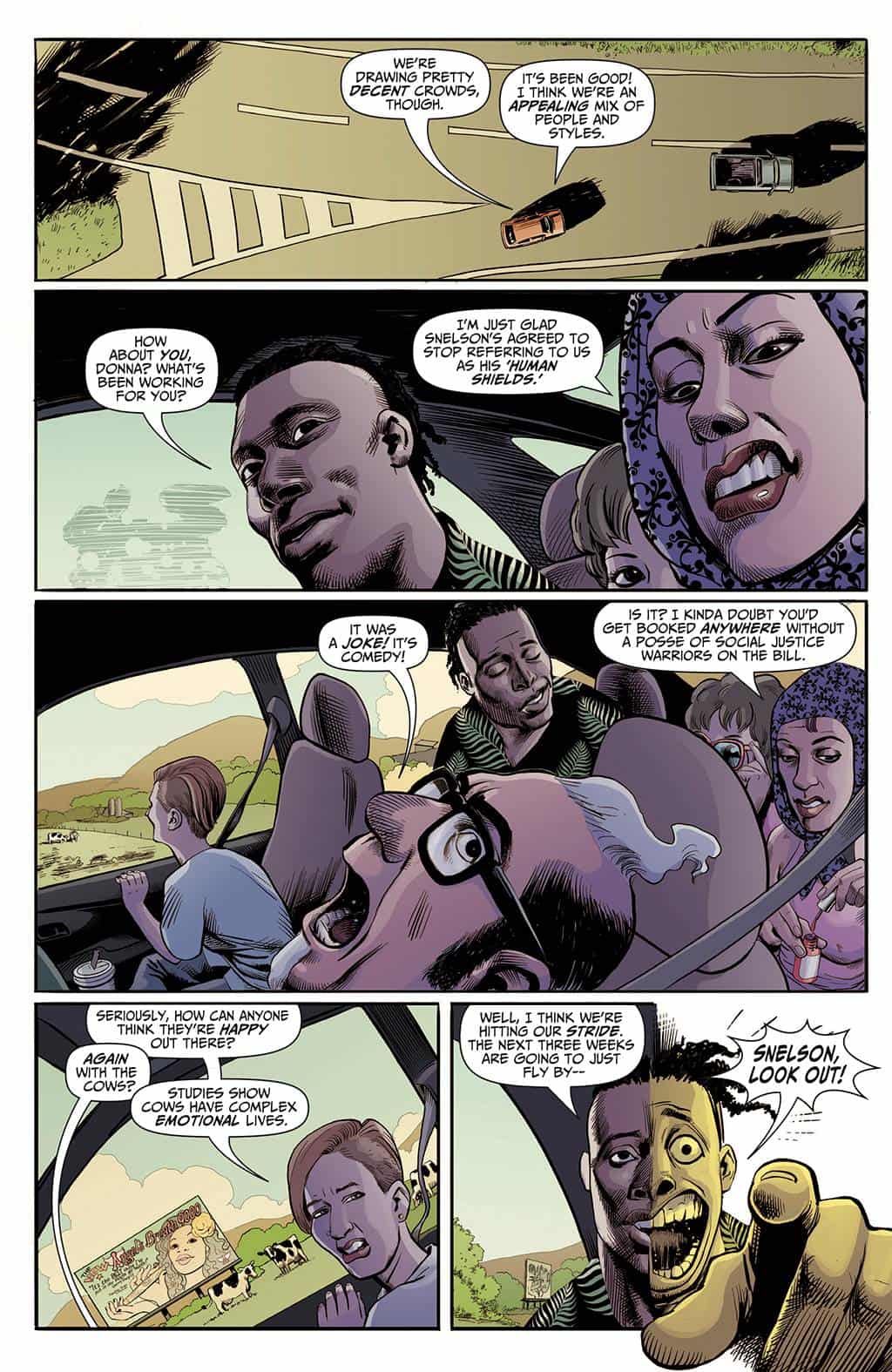 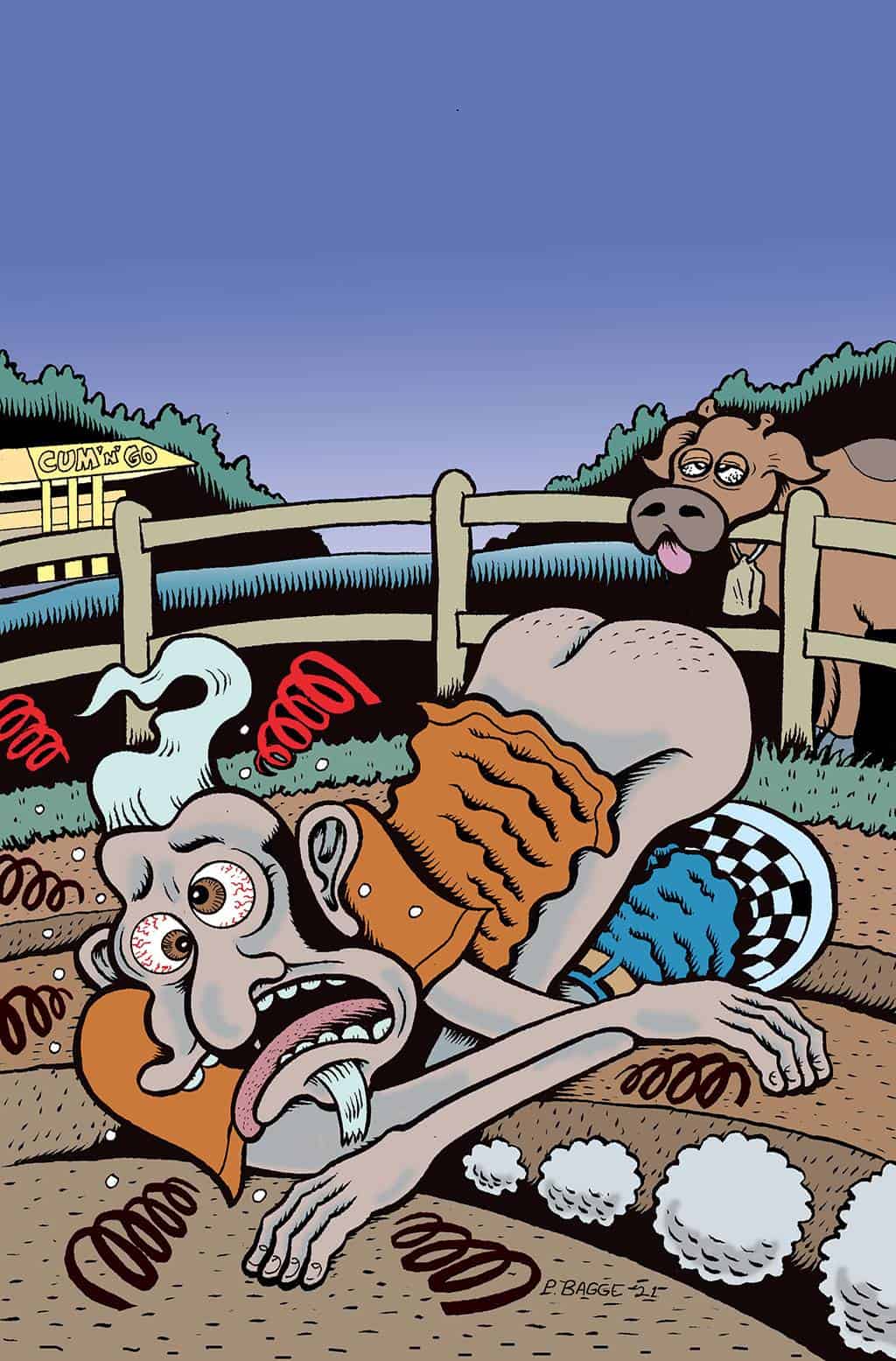 “SNELSON: COMEDY IS DYING is more than just a surprisingly violent, unfortunately sexual, thoroughly filthy comedy about an irrelevant older comedian who refuses to give up his ‘edgy’ material from the 1990s,” says Constant. “It’s also a janky-ass carnival ride through the weird griftopia that’s built up around cancel culture, and a skewering of all the money-grubbing controversy seekers who can’t seem to shut up about how silenced they are.”