Donny Cates and Ryan Stegman’s transformative work on VENOM will be in the hands of a new superstar creative team of Ram V, Al Ewing, and artist Bryan Hitch when they take the reins starting next month. The mastermind writers are set to take the symbiote mythos to the next level with thrilling new developments for father-son pair Eddie and Dylan Brock. Each writer will lend their talents to a different character, with Ewing taking us beyond the stars with Eddie in his new role as the “King in Black” and Ram V bringing us back to earth, penning Dylan’s beginnings as a superhero. Together, the two writer’s sagas will intertwine and impact one another to create a singular and epic new vision.

In December’s VENOM #3, Ram V will spotlight the early struggles of Dylan’s burgeoning career as a Marvel superhero. As everything Dylan Brock has come to know and love unravels around him, he is beginning to realize a terrible truth: The Venom symbiote is not a harmless pet, no matter how much it pretends to be one. It’s an alien. A dangerous, violent, often bloodthirsty alien. Whatever bond it had with Dylan’s father, Eddie Brock, special as it may have been…is gone. And Dylan might be soon too.

In a Marvel press release, Ram V said about the series:

“When I knew I was going to be writing Dylan’s story about his time as Venom, I pitched it as a story told through the eyes of a boy on a road trip wearing his father’s jacket learning a thing or two about where his father picked up his scars and scuff-marks along the way,”  “I think the story interactions between Venom the symbiote, Venom– his father’s symbiote, Dylan’s own history and his attempt at finding a new equilibrium are all fascinating things to delve into as we tell this drama through an action-packed tense thriller with a hint of sci-fi, horror.”

“How me and Ram are working together – we’re a band, essentially. Every issue is a new single, every trade is an album, and Eddie and Dylan are our instruments.  They’re similar, but they make different notes, produce different sounds, build different stories. And for a while – so you should get used to it now – we’re going to be taking turns in the spotlight, playing Dylan songs or Eddie songs, while the other band member stays in the background. As each new single comes out, you’ll see how it fits together, forms one big concept album – or maybe a symphony. And then, when we’re ready, we bring all the instruments in for the crescendo – and that’s going to be something to hear.”

Check out the cover for December’s VENOM #3 below: 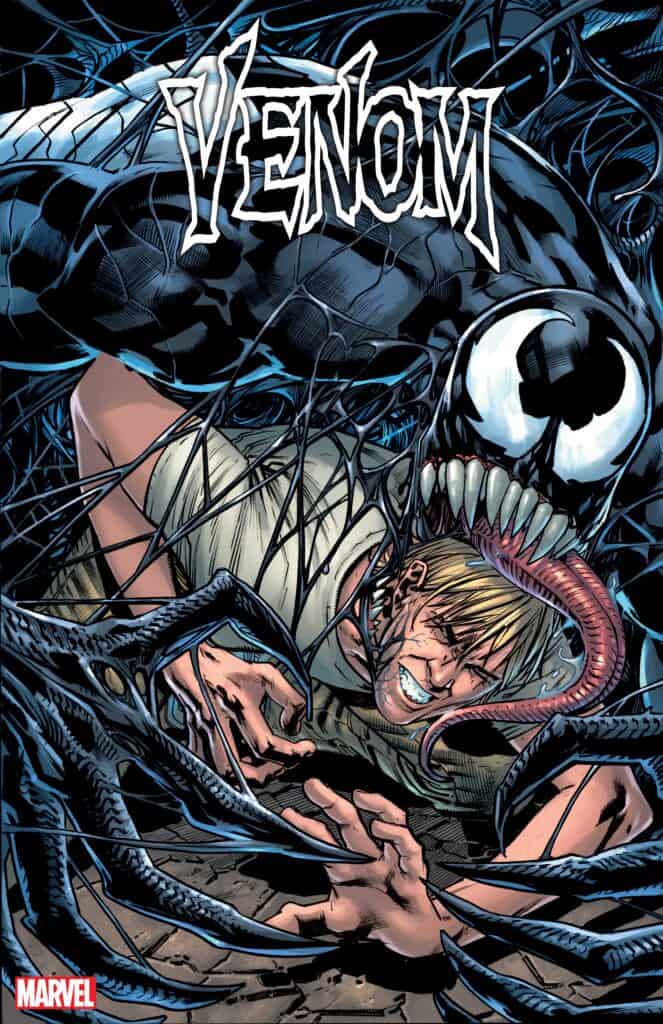 Art and Cover by BRYAN HITCH

Be there for the beginning of a new age of symbiotes when Ram V, Al Ewing, and Bryan Hitch take over in VENOM #1 on October 13, 2021, from MARVEL COMICS.