…with the possible return of a key character in the ongoing Batman and Robin conflict! 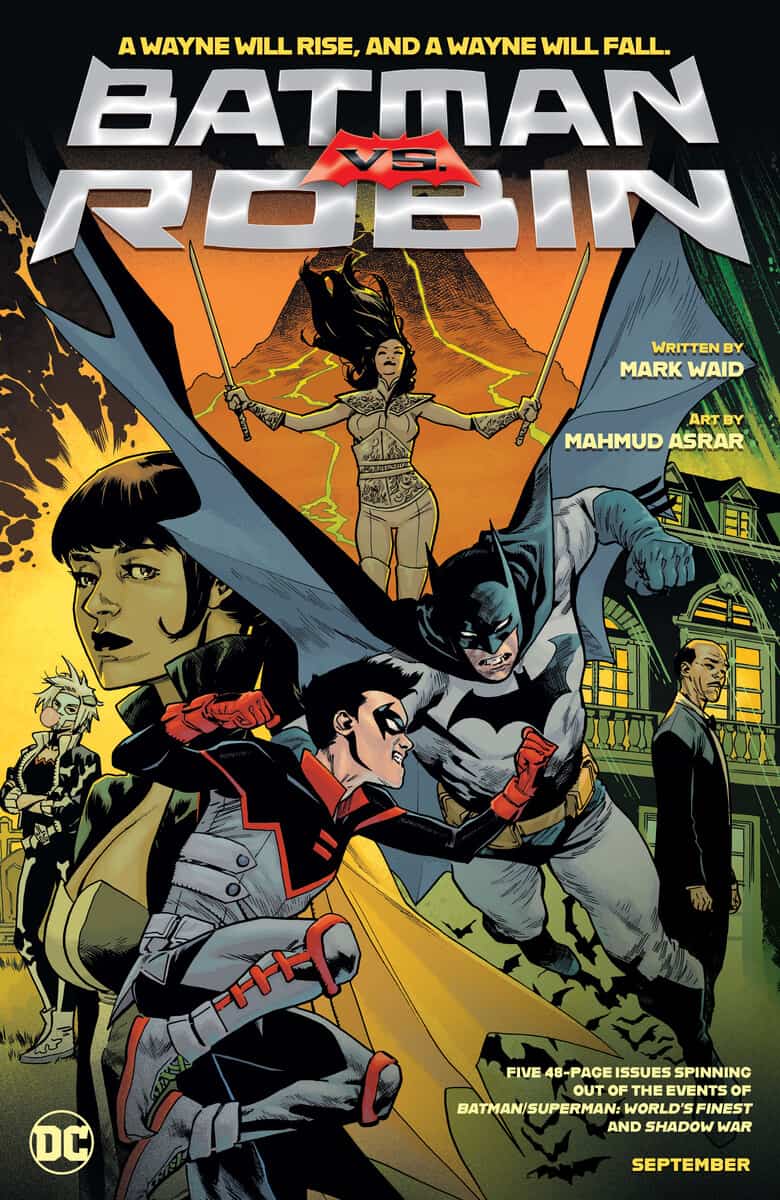 Spinning out of the events of both Batman/Superman: World’s Finest and Shadow War, father and son will do battle in one of the single most earth-shattering tales ever told! DC’s new comic book series Batman vs. Robin by Mark Waid and Mahmud Asrar launches September 13!

Deep in the heart of Lazarus Island, the demonic legacy of the al Ghul family line has at last been freed, and the Devil Nezha is out for blood. To reclaim his total domination over planet Earth, Nezha has supercharged magic—anyone who dares use it is overcome by a demonic evil that supercharges their abilities to dangerous, unpredictable, and in some cases deadly levels! With Damian in Nezha’s clutches and Bruce haunted by the return of an old friend, the Dark Knight and the Boy Wonder are pitted against one another in the battle of the century! Legendary writer Mark Waid helms the next epic saga in Batman history, while superstar artist Mahmud Asrar makes his triumphant return to DC! 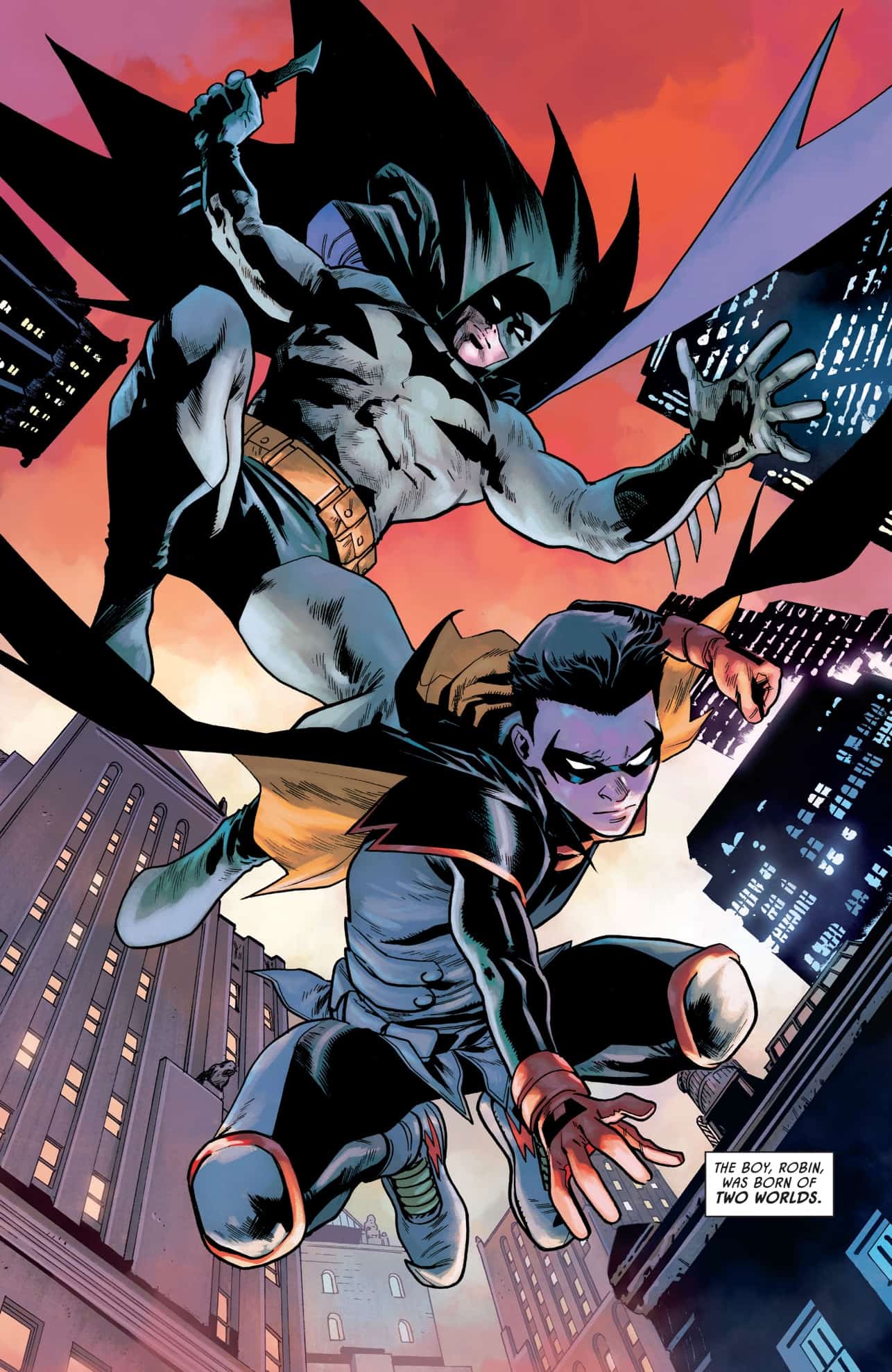 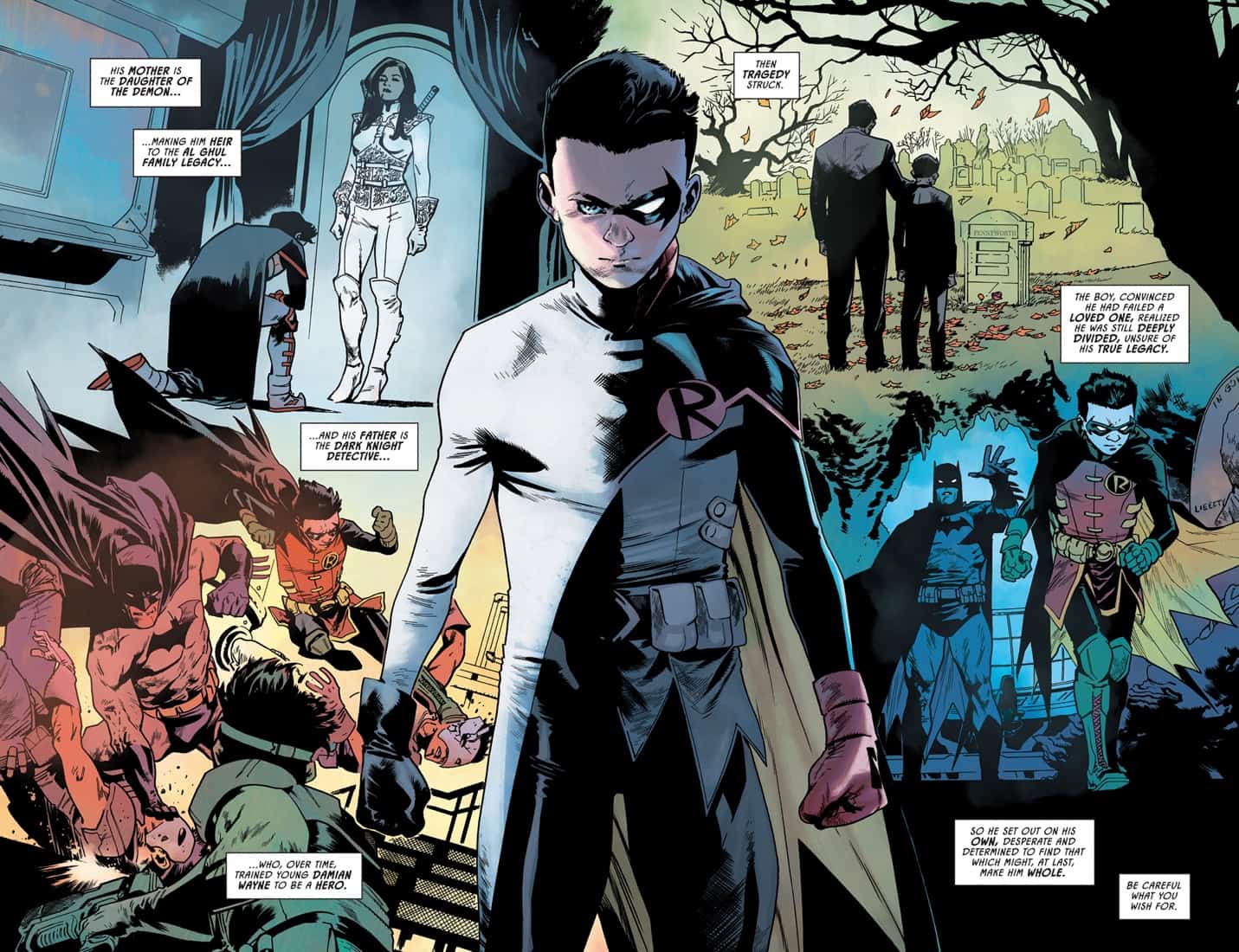 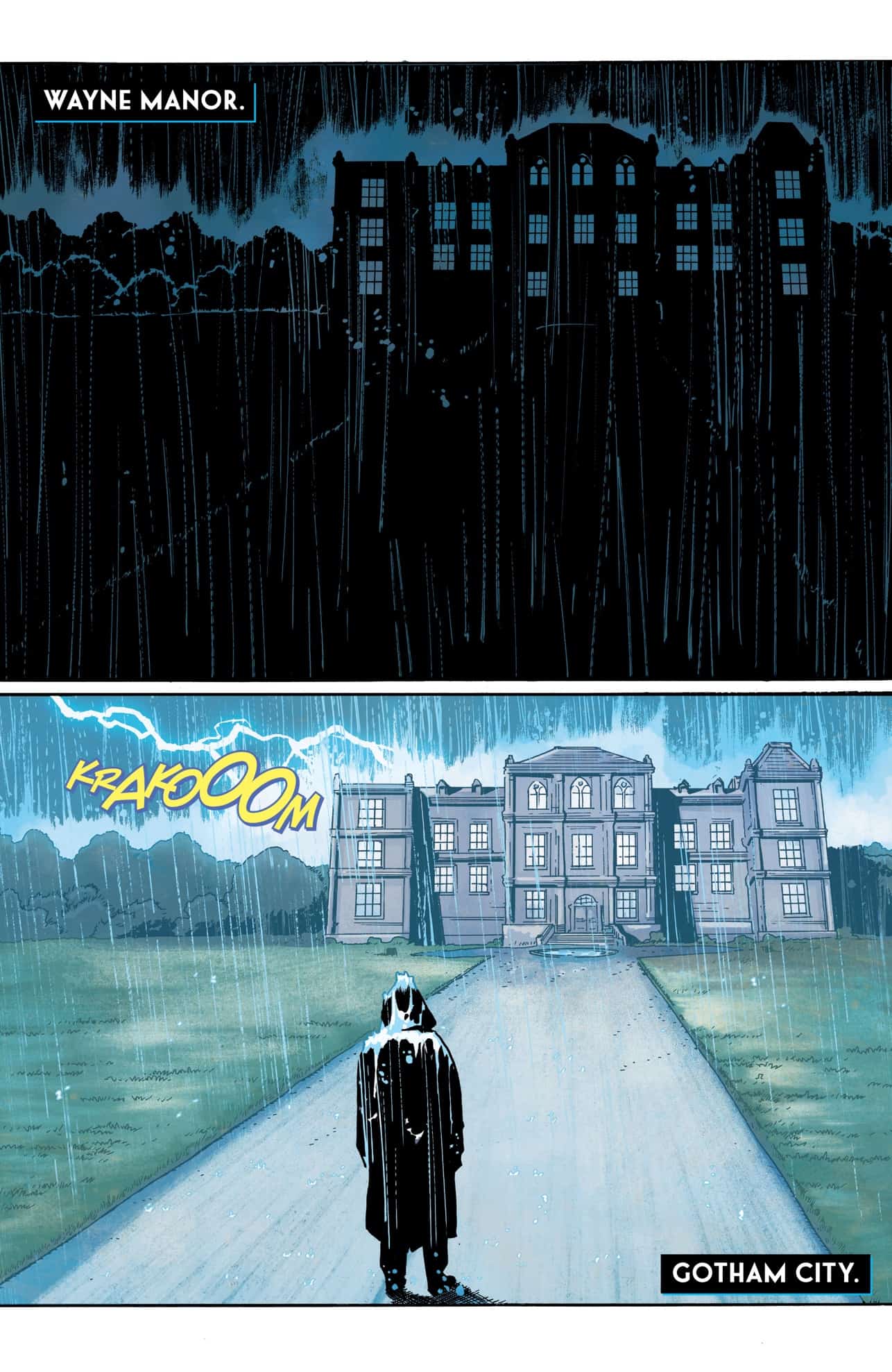 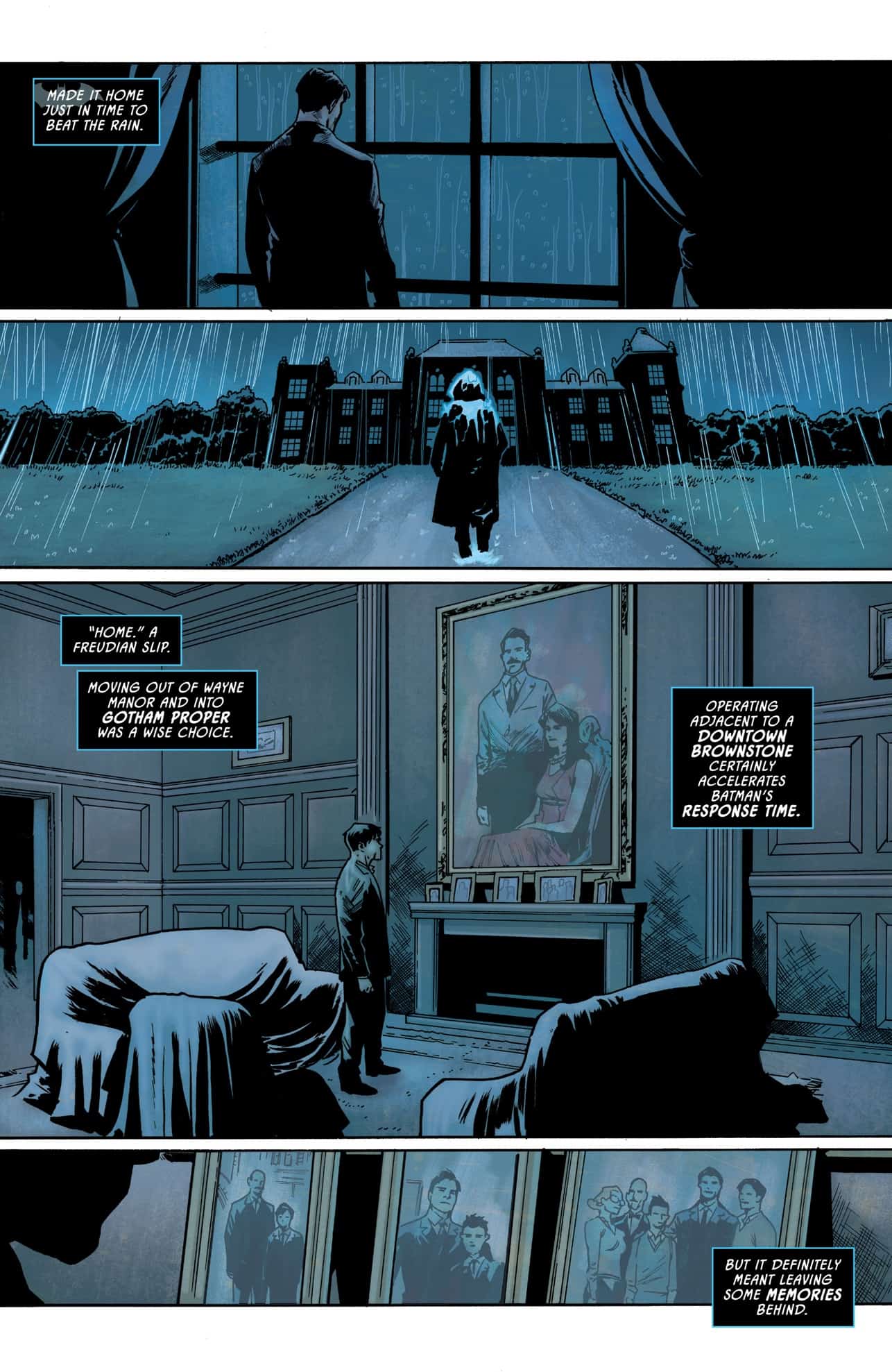 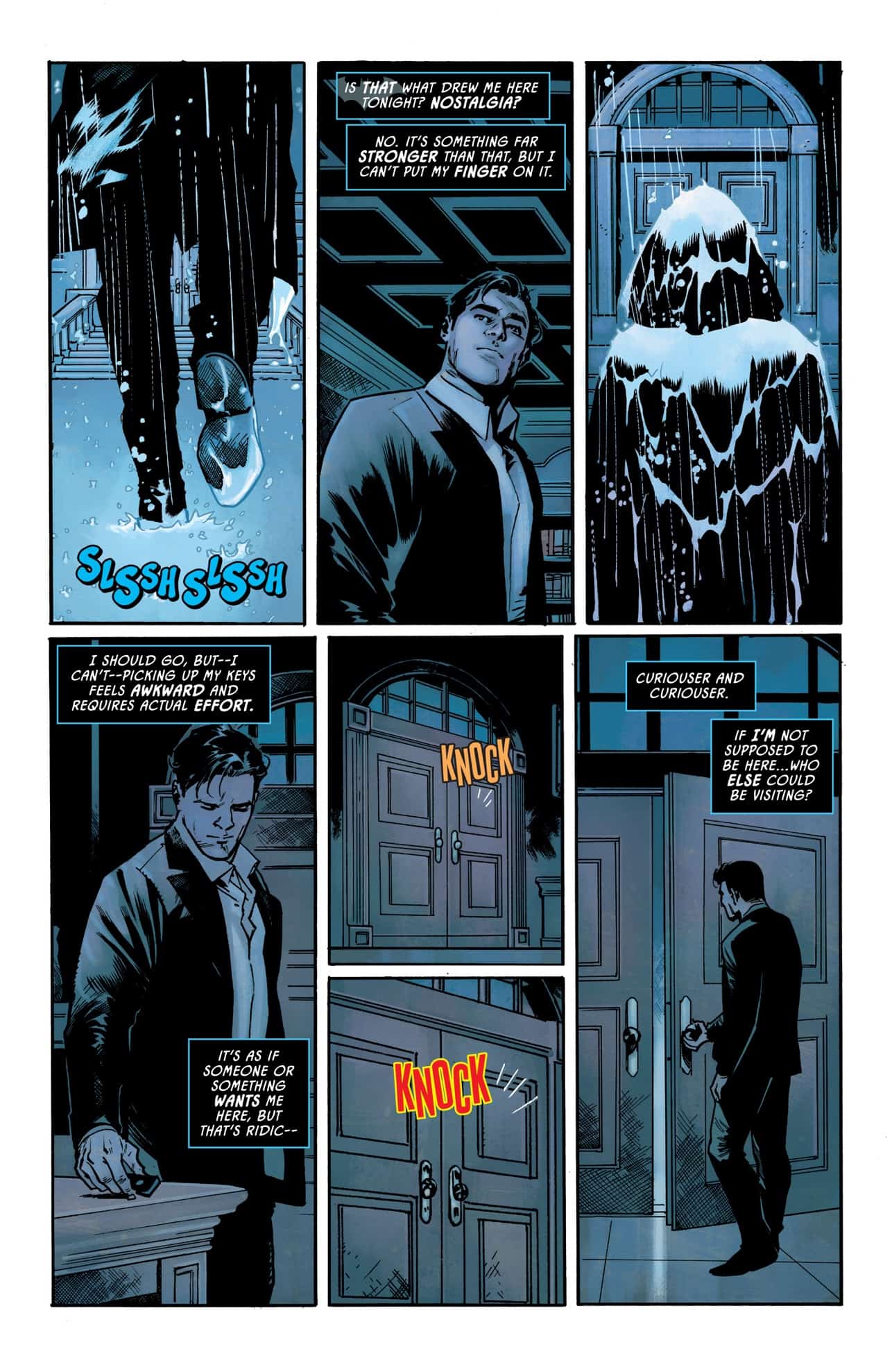 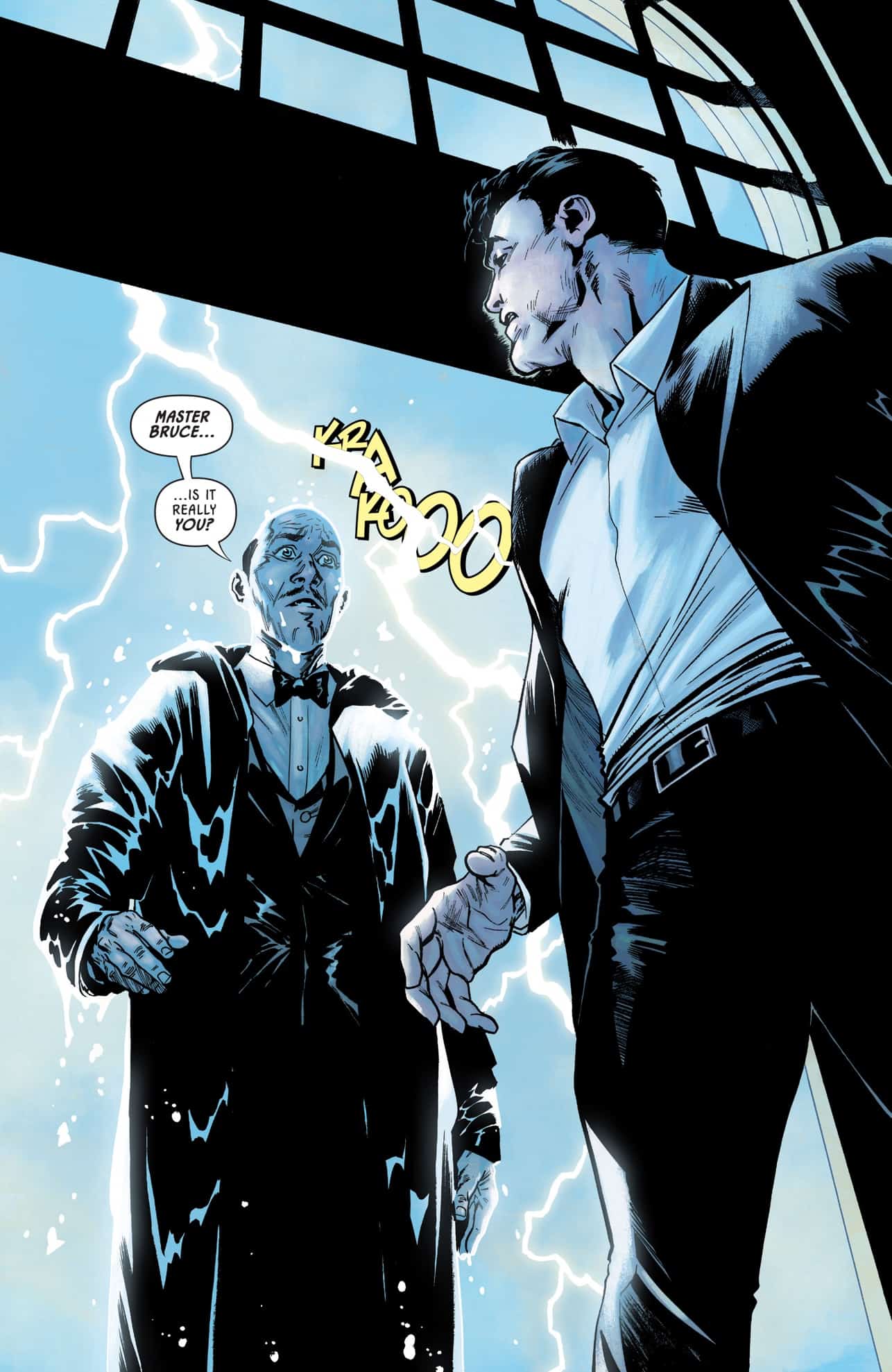 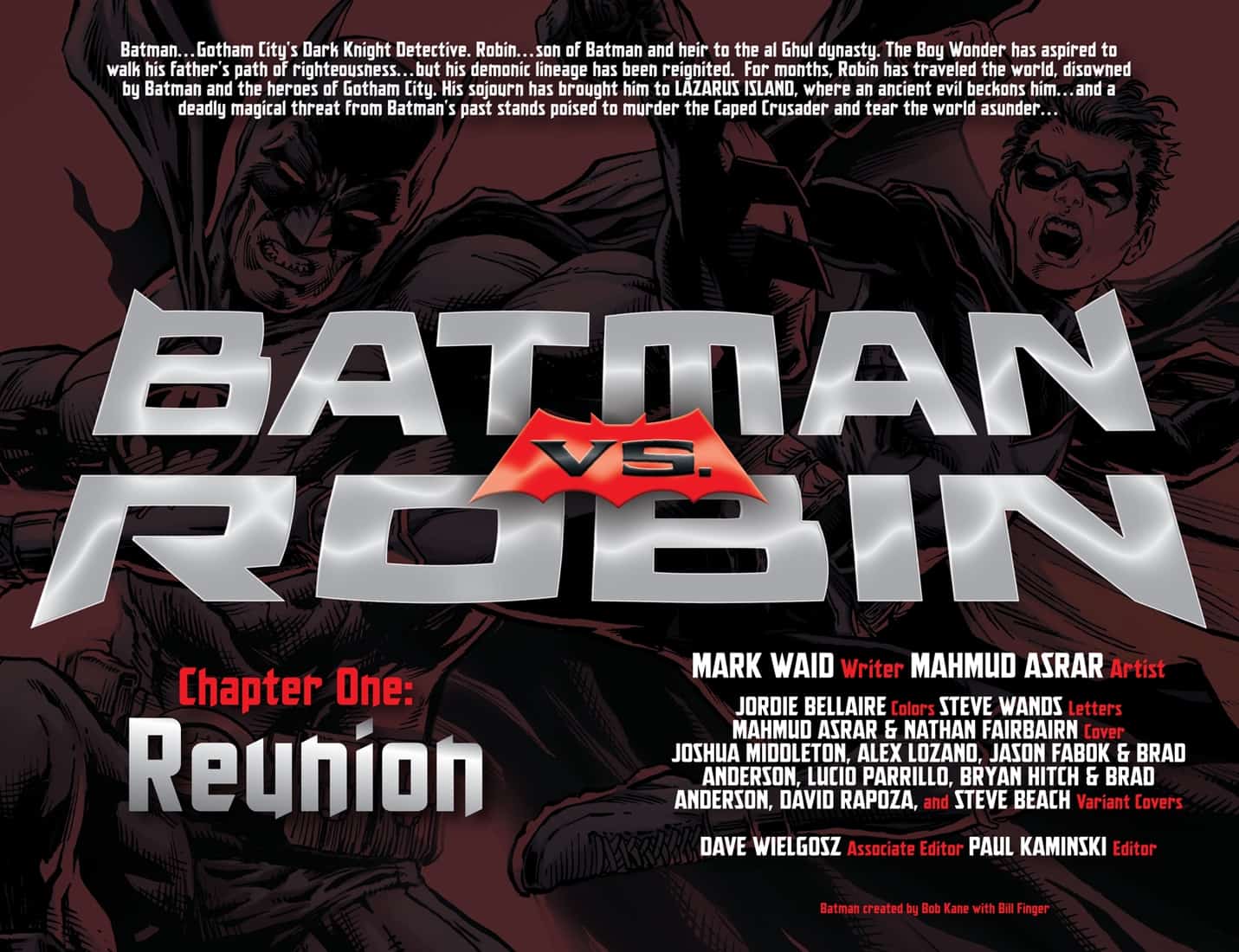 In the all-new preview pages for Batman vs. Robin #1, see where this story picks up from both Batman/Superman: World’s Finest and DCs Shadow War even…and witness the possible return of a key character in the ongoing Batman and Robin conflict!

Batman vs. Robin, a new five-issue (48 pages each) series by Mark Waid, Mahmud Asrar, Jordie Bellaire and Steve Wands, launches on September 13. Main cover for Batman vs. Robin #1 is by Asrar and Nathan Fairbairn.