NEWS WATCH: BEN REILLY’S TIME AS SPIDER-MAN COMES TO AN END… AND HIS FUTURE AS CHASM BEGINS

Over the last few months, a surprising saga has played out in the pages of AMAZING SPIDER-MAN. Hit creators including Zeb Wells, Saladin Ahmed, Cody Ziglar, Kelly Thompson, and Patrick Gleason have brought readers the BEYOND ERA which saw Peter Parker out of commission after a disastrous battle and his clone, the fan-favorite Ben Reilly, taking over as Spider-Man under the control of the mysterious Beyond Corporation. The BEYOND ERA reached its climactic ending in yesterday’s AMAZING SPIDER-MAN #93 which saw Ben Reilly perish after a devastating battle with Peter Parker. But all is not as it seems… Enter CHASM, Ben Reilly’s new identity and Peter Parker’s latest archenemy.

After 19 issues of hard truths and soul searching, Ben is more aware than ever that something within is missing. Consumed with the idea that Peter is the source for all that’s gone wrong in his life, Ben will now swing through the Marvel Universe as CHASM–a fierce and deeply personal new Spidey foe just in time for Spider-Man’s new era, kicking off next month in Zeb Wells and John Romita Jr.’s AMAZING SPIDER-MAN #1!

“AMAZING SPIDER-MAN #93 brings us to the end of the mega-arc the Beyond Board worked so hard on. And though this story is coming to an end, Ben Reilly’s journey is just beginning,” Wells promised. “Keep reading Amazing Spider-Man to find out if Peter can pull Ben back from the Chasm.”

“Get ready to get to know the most terrifying new member of Spidey’s Rogues Gallery,” Editor Nick Lowe said. “Part of the point of ‘Beyond’ was the creation of Chasm and we have HUGE plans for the artist formerly known as Scarlet Spider, so keep your eyes peeled Web-Heads.”

Check out artwork from the issue now as well as a design sheet by Patrick Gleason and pick up this must-have issue today! 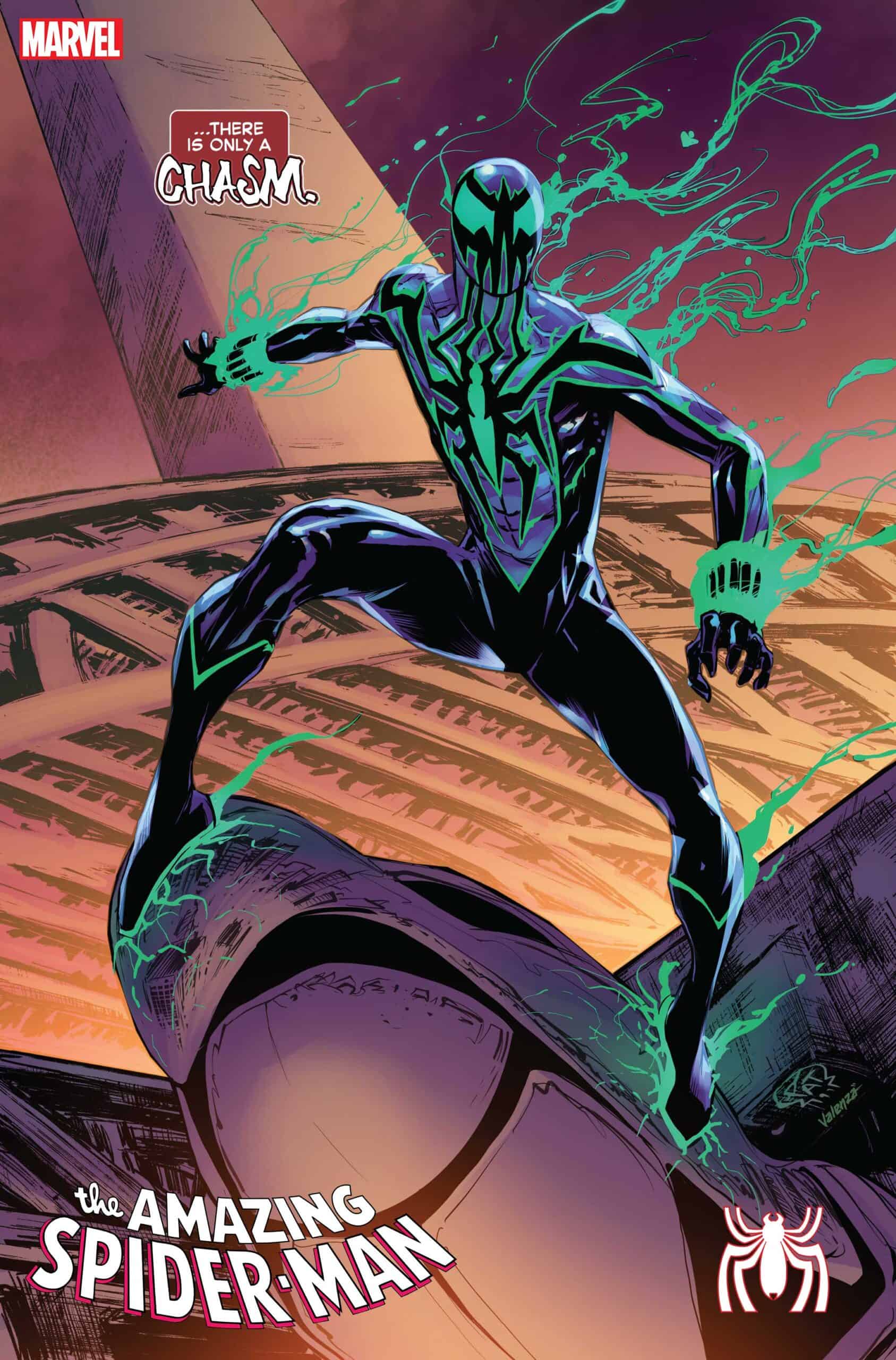 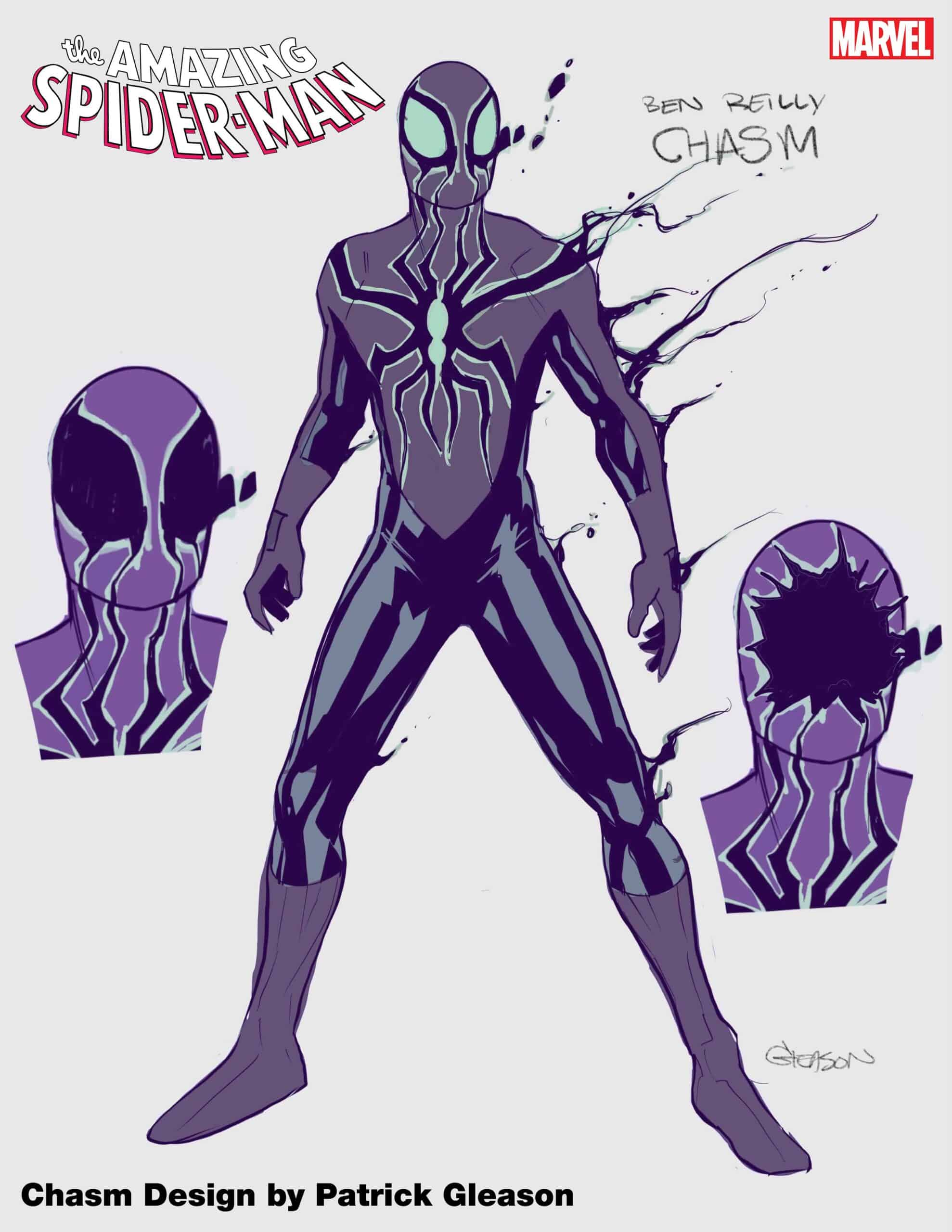 NEWS WATCH: BEN REILLY’S TIME AS SPIDER-MAN COMES TO AN END… AND HIS FUTURE AS CHASM BEGINS