At the same time, Black Mask is surprise-publishing GODKILLER: WALK AMONG US #8, a standalone story written as an epilogue to the original series. Never before released as a single issue, this story introduces the character Bonecrusher who plays a pivotal role in the ongoing Godkiller saga.

Black Mask rushed both of these secret releases to shops to coincide with today’s launch of GODKILLER: TOMORROW’S ASHES #1.

GODKILLER: TOMORROW’S ASHES marks the return of the Godkiller saga created by Matteo Pizzolo and Anna Muckcracker as an underground comic in 2008, adapted into an animated film directed by Pizzolo and distributed by Warner Bros in 2011, then released to the direct market by Black Mask Studios starting in 2014.

In fact, GODKILLER was the project that laid the groundwork for Brett Gurewitz and Steve Niles to collaborate with Pizzolo on what would become Black Mask Studios.

As Gurewitz said when Black Mask re-issued GODKILLER: WALK AMONG US, “Godkiller is smart, transgressive, and innovative, it’s great to finally have these characters join Black Mask’s pantheon.”

And Niles added, “A lot of people claim to be on the cutting edge. Pizzolo actually is.”

“Godkiller is that early display of genius,” said Tim Seeley (Hack/Slash, Nightwing, Batman & Robin Eternal). “A nascent voice ready to make a lot of fucking noise. It showed Pizzolo’s skills, his tastes, his balls, and it set the stage for what would come from Black Mask and Pizzolo.”

This newest series provides a fresh jumping-on point for new readers while continuing the saga for Godkiller’s devoted fans.

In GODKILLER: TOMORROW’S ASHES, orphan Tommy continues his quest to find a new heart for his dying sister, but he’s been captured by The Republic. Anti-heroine Halfpipe wants to rescue Tommy, but she’ll need help from mysterious bounty hunter Soledad, who’s not exactly in the helping-people business. From Matteo Pizzolo (CALEXIT) and Anna Muckcracker, the comic that Zac Thompson said “pushed me further than I’ve ever been pushed” returns to ratchet up the chaos and roar through the comic market, spitting punk rock fury, thundering into your eyeballs and running roughshod across your brains with its often mindbending, sometimes horrifying, always clever & devious tale of sci-fi magic, apocalyptic sex, and subversive mindbombs. 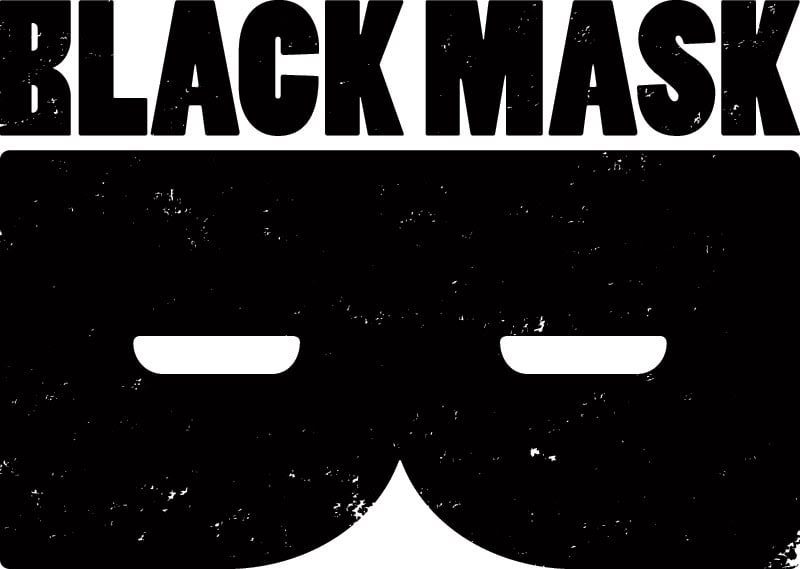 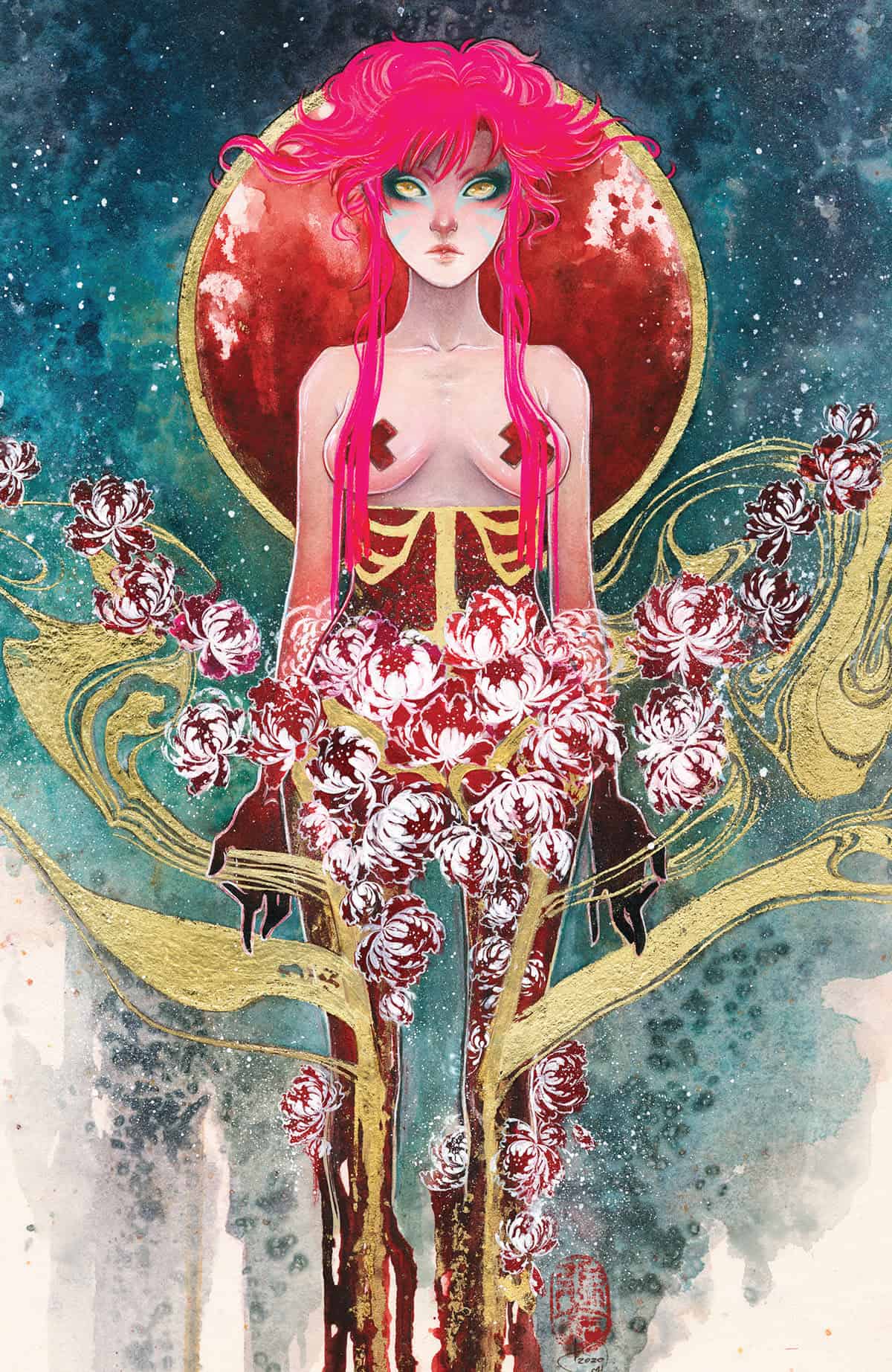 “Thank You” Variant by NEN CHANG 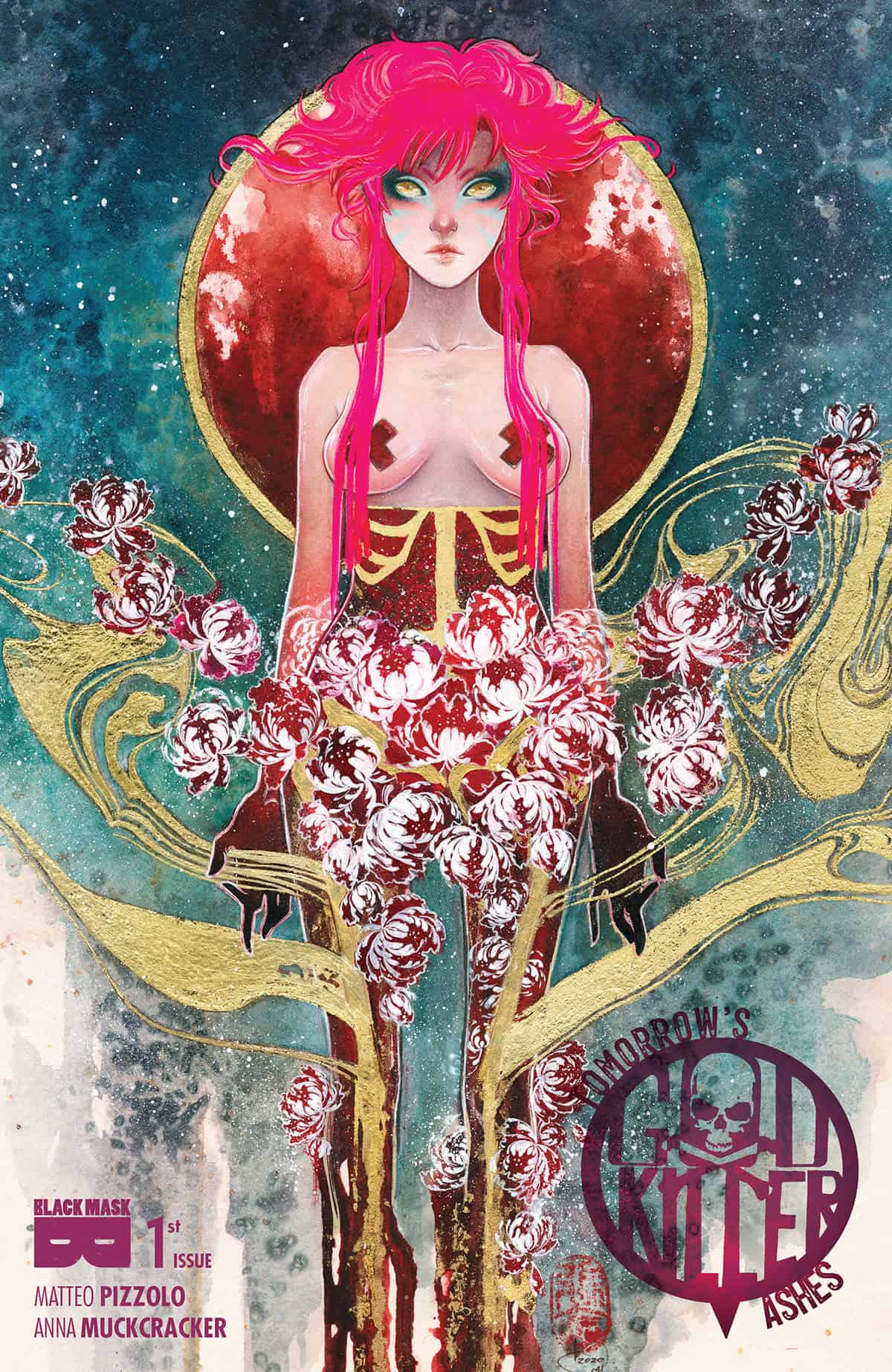 Cover A by NEN CHANG 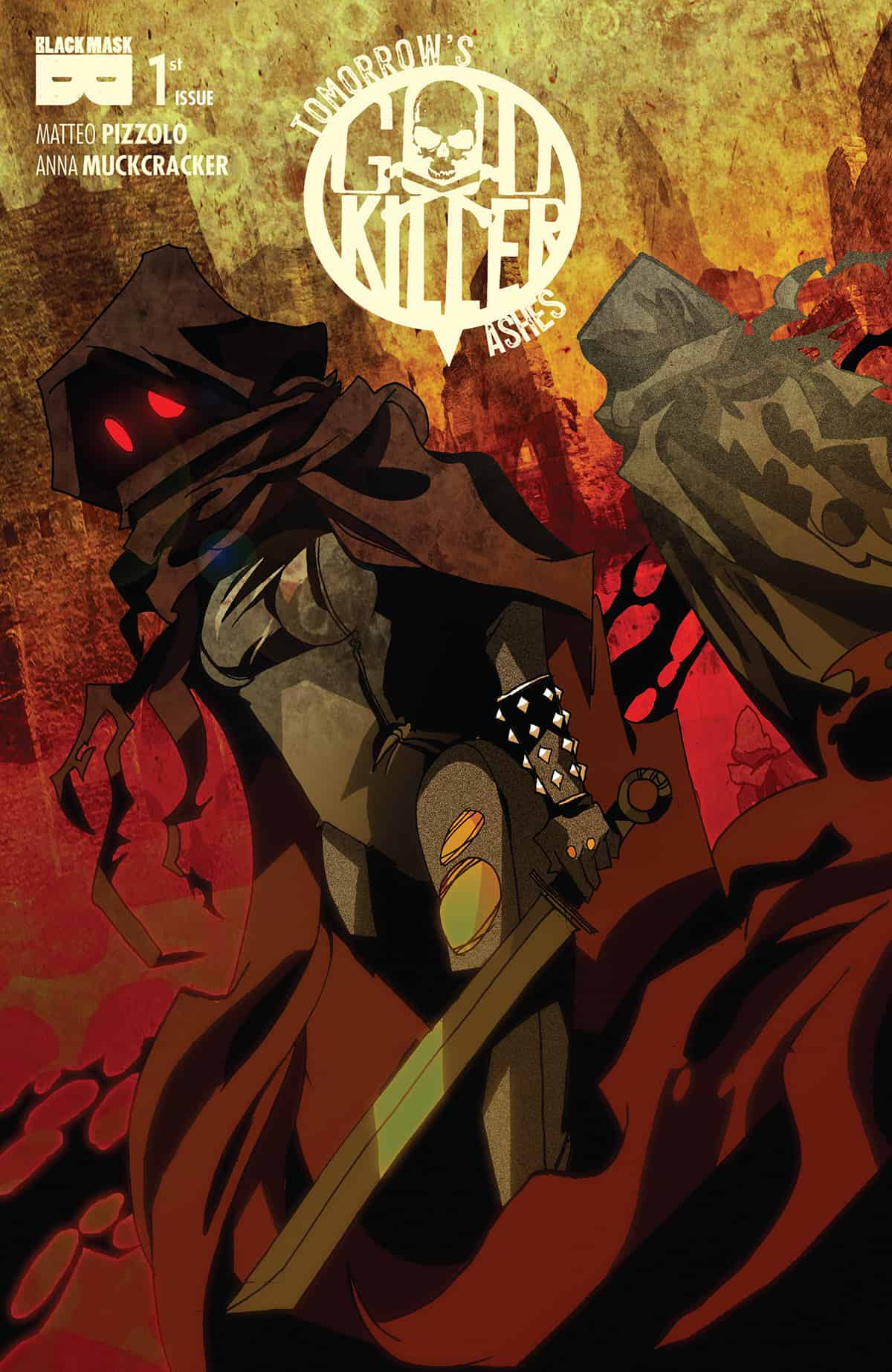 Cover B by ANNA MUCKCRACKER 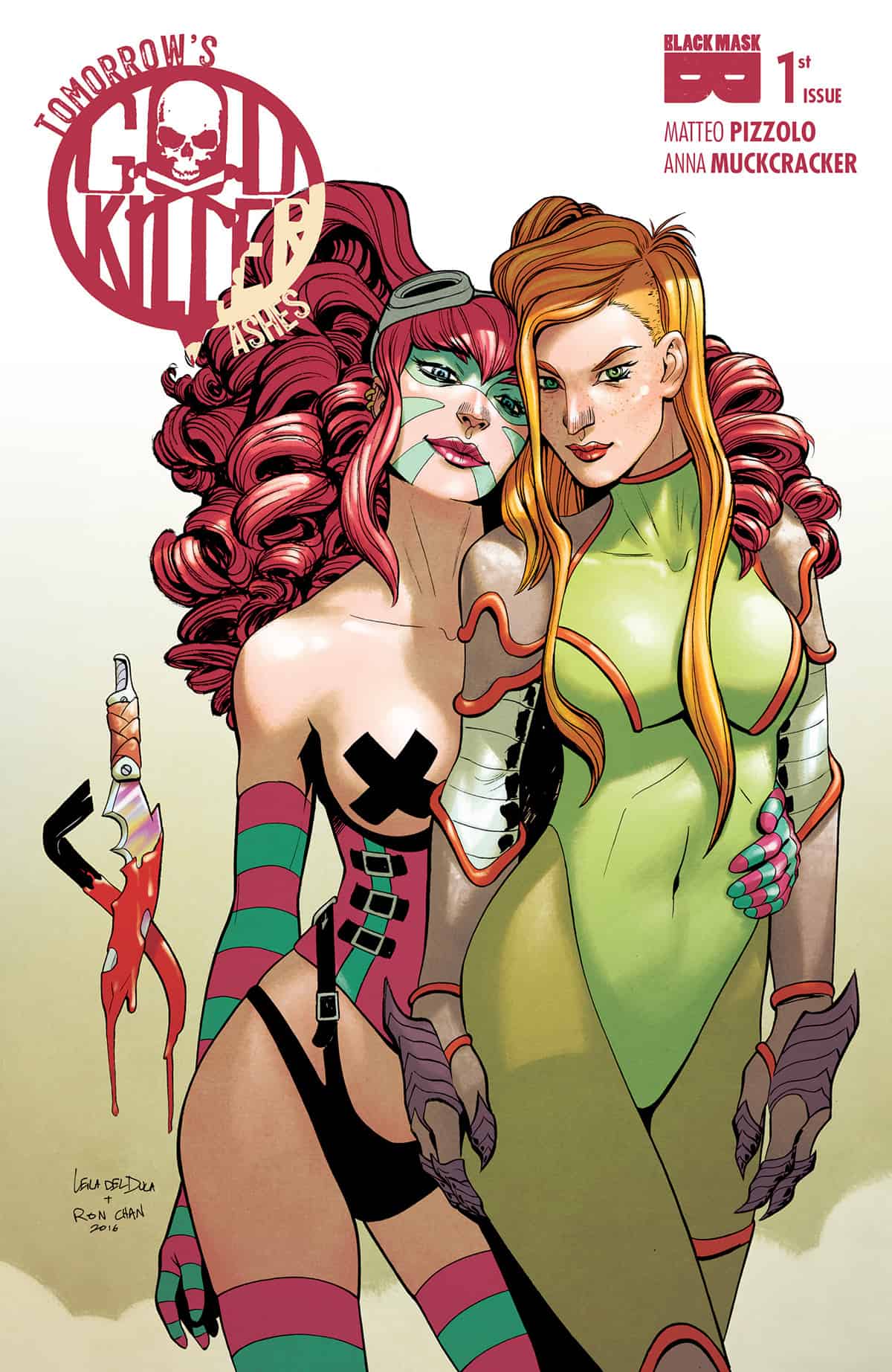 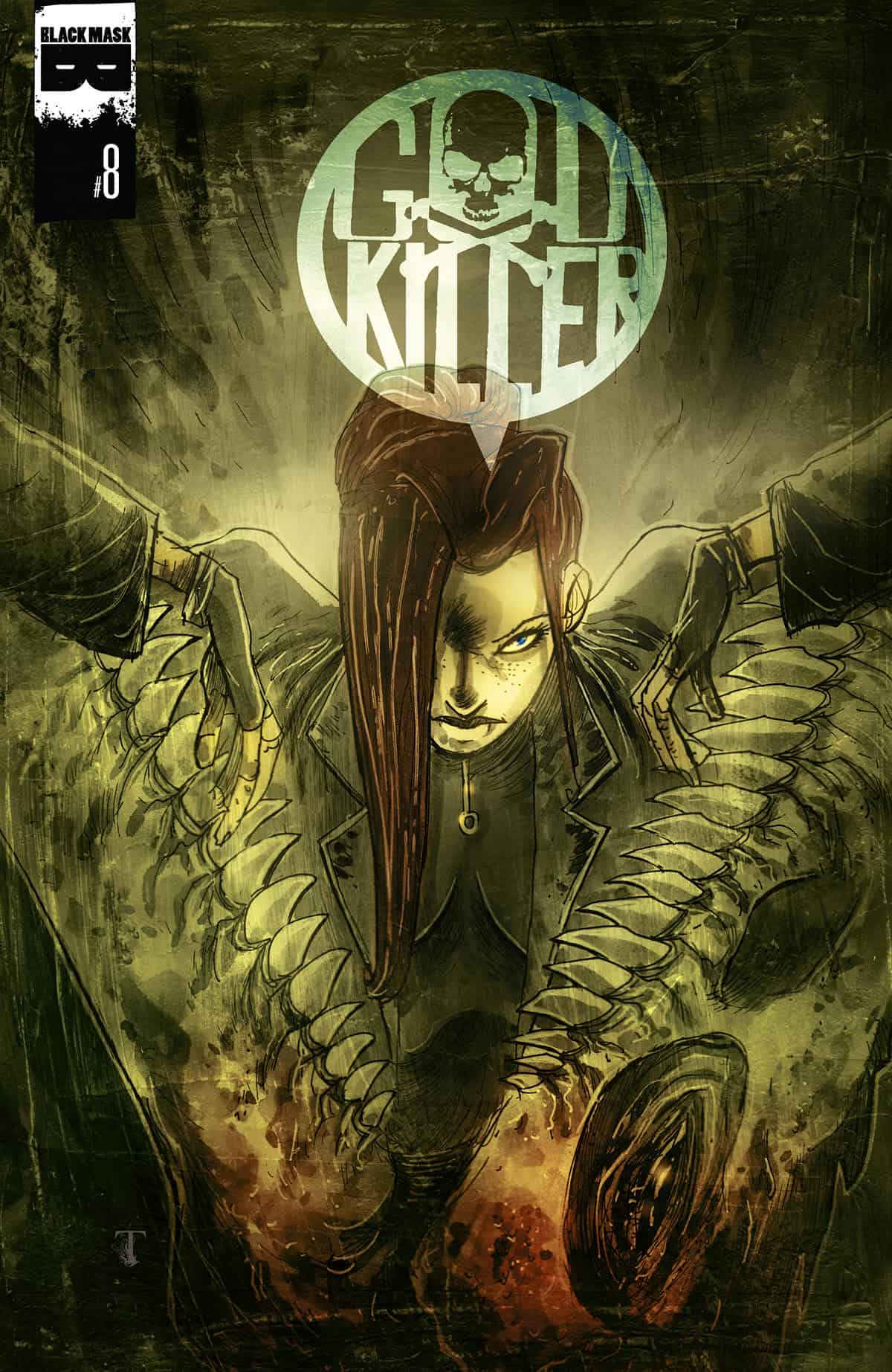 Surprise-Published GODKILLER: WALK AMONG US #8