Diamond Book Distributors is pleased to announce that it has signed a worldwide distribution agreement with Black Panel Press to exclusively distribute their products to North American and international book markets. Distribution to the comic book specialty market is handled exclusively by Diamond Comic Distributors.

Black Panel Press is an indie comic book and graphic novel publisher founded by Andrew Benteau in 2017 with the goal of bringing exceptional foreign language graphic novels to North American readers.  In 2016, Benteau met José Jover, editor of French publication Tartamudo Editions. The two quickly established a partnership to import European graphic novel titles to the United States and Canada. Black Panel Press is committed to a “stories first” approach, allowing creators to craft the narratives they want to tell and retain complete control of their stories.

“There’s nobody who understands the comics medium better than Diamond,” said Andrew Benteau, founder of Black Panel Press. “We’re excited to expand our partnership and learn from the best as we bring our brand of alternative graphic novels to the book trade market.”

Black Panel Press boasts an ever-growing library of works, with comic books and graphic novels ranging from anthologies and nonfiction, to science fiction, slice of life, action/adventure, and everything in between. A slice of life drama, Queer in Asia is portrait of a Chinese youth in search of love and meaning. Inhuman Trials is a science fiction graphic novel that explores the fallout of a third world war, focusing on the human experience through the eyes of a Swedish scientist desperate to reconstruct the human genome. The Man in the Painter’s Room is a nonfiction graphic novel about the life and art of Vincent Van Gogh following his release from the Saint-Paul asylum in 1890, as told through the eyes of Adeline Ravoux, an innkeeper’s daughter with whom Vincent shared a special bond. In a case of mistaken identity, The Mad Tsar followers a ruler who is mistaken as a peasant with a resemblance to the ruler, and ultimately used a leverage to carryout sinister acts against the Tsar. Hanging on By a Thread is a graphic autobiography of Noémie, an 18 year-old art student who is diagnosed with cancer against the backdrop of multicultural Beirut. My First Pandemic is a collection of drawings, thoughts, poems, and comics reflecting on a difficult period in history. 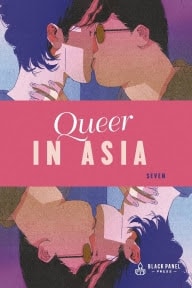 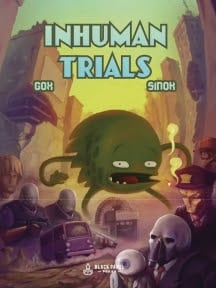 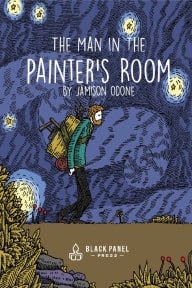 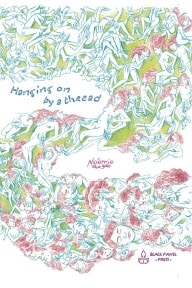 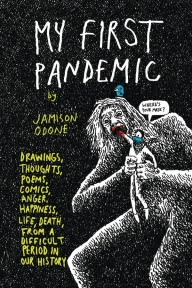