BOOM! Studios has announced that the first four issues of the highly acclaimed comic book series DUNE: HOUSE ATREIDES, will return with all new printings in June 2021. The series is adapted & scripted by Brian Herbert and Kevin J. Anderson, who co-wrote the eponymous prequel novel based on Frank Herbert’s notes and illustrated by artist Dev Pramanik (Paradiso) with ink assistance by Raffaele Semeraro, colorist Alex Guimarães (Buffy: Every Generation) and letterer Ed Dukeshire (Once & Future), in partnership with Herbert Properties LLC and in full coordination with Abrams ComicArts, who published the first of three graphic novel adaptations of Herbert’s original classic novel DUNE in Fall 2020. 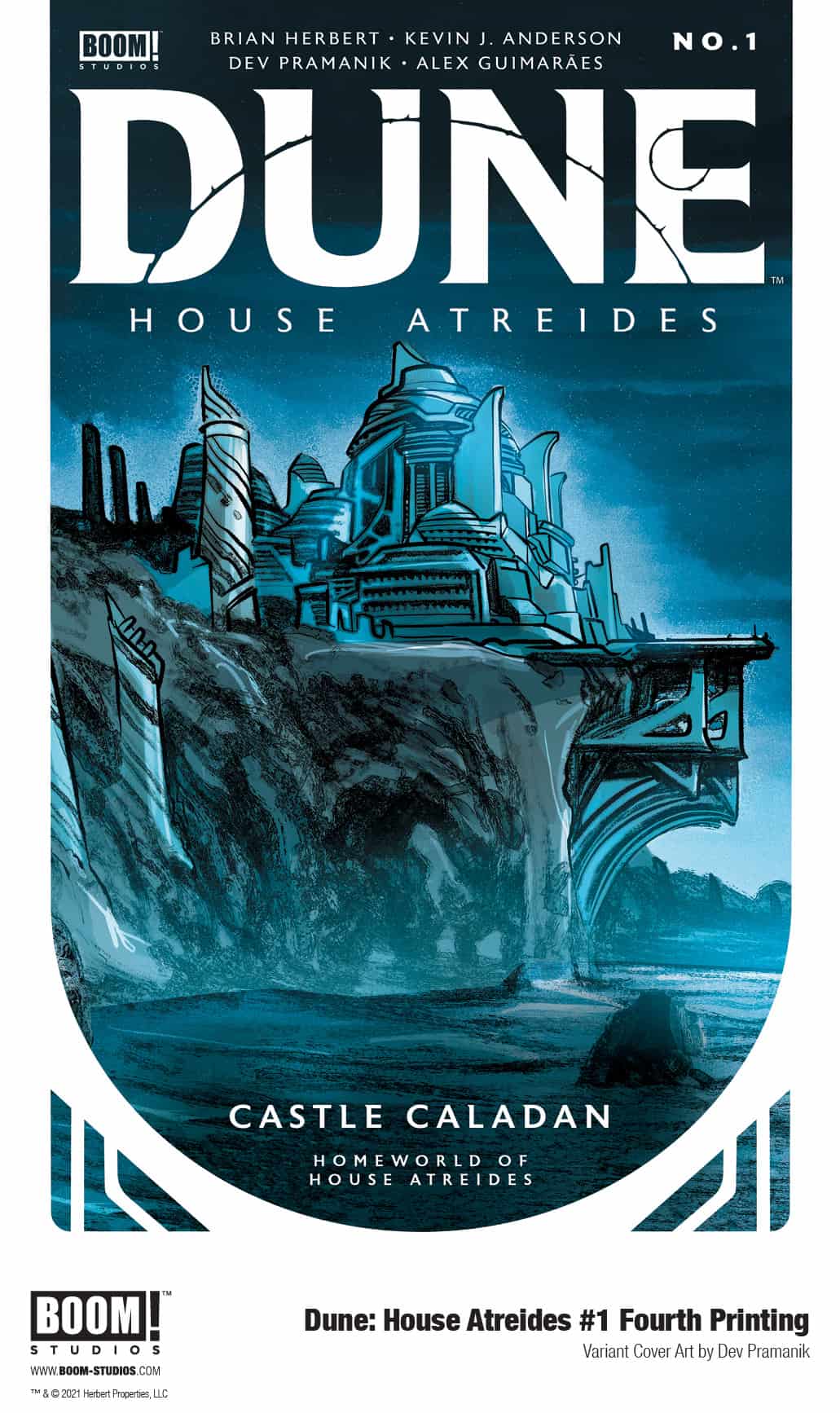 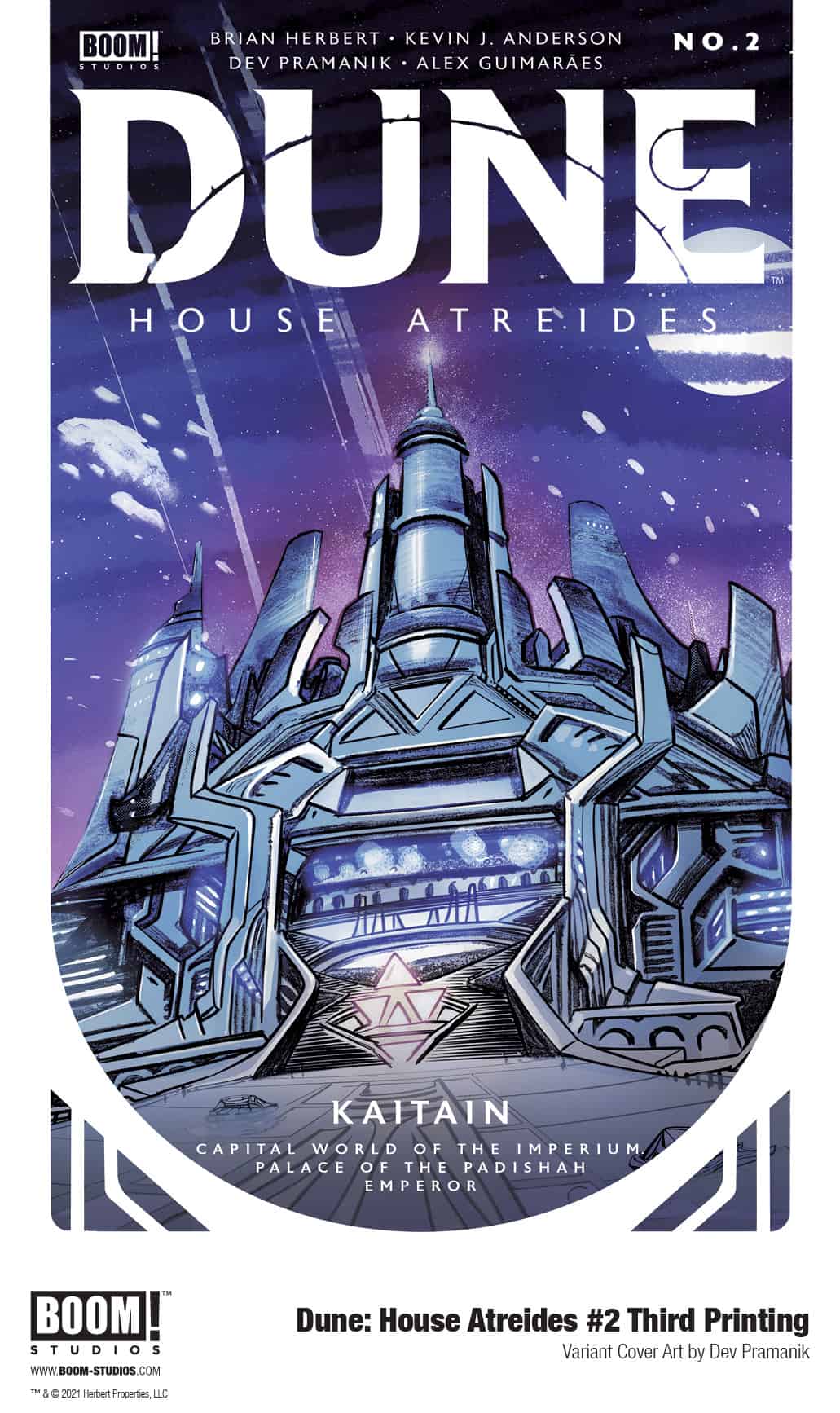 “It’s been a dream to work with Brian, Kevin, Dev, and the entire creative team to bring the world of Dune to the comic book page, and the response has been overwhelming from fans everywhere,” said Filip Sablik, President, Publishing & Sales, BOOM! Studios. “For everyone who’s a fan of the incredible world created by Frank Herbert, BOOM! Studios is proud to present a collectible set of brand new printings, with cover art taking you to the most important locations within the Dune universe and bringing everyone a chance to discover House Atreides like they’ve never seen before.” 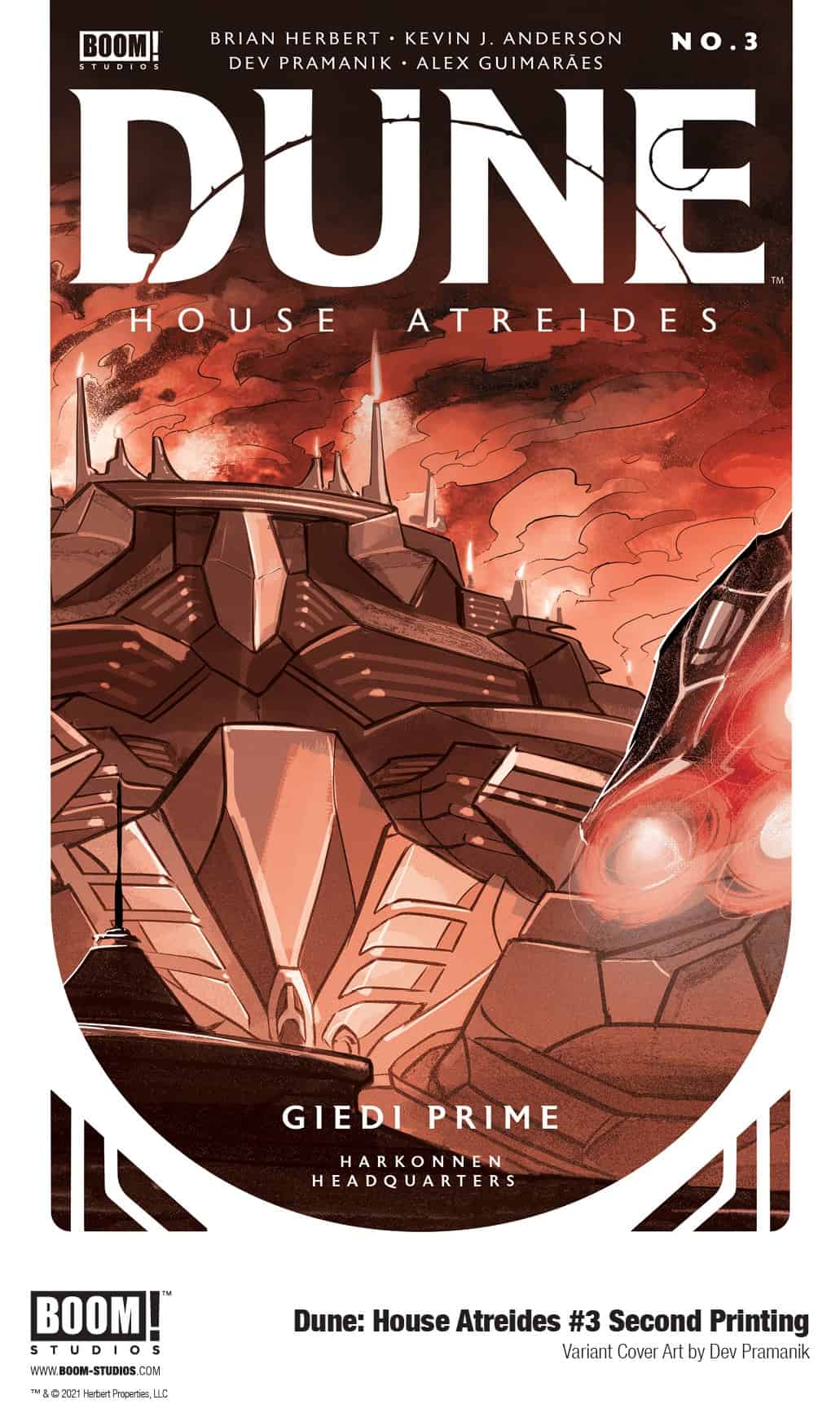 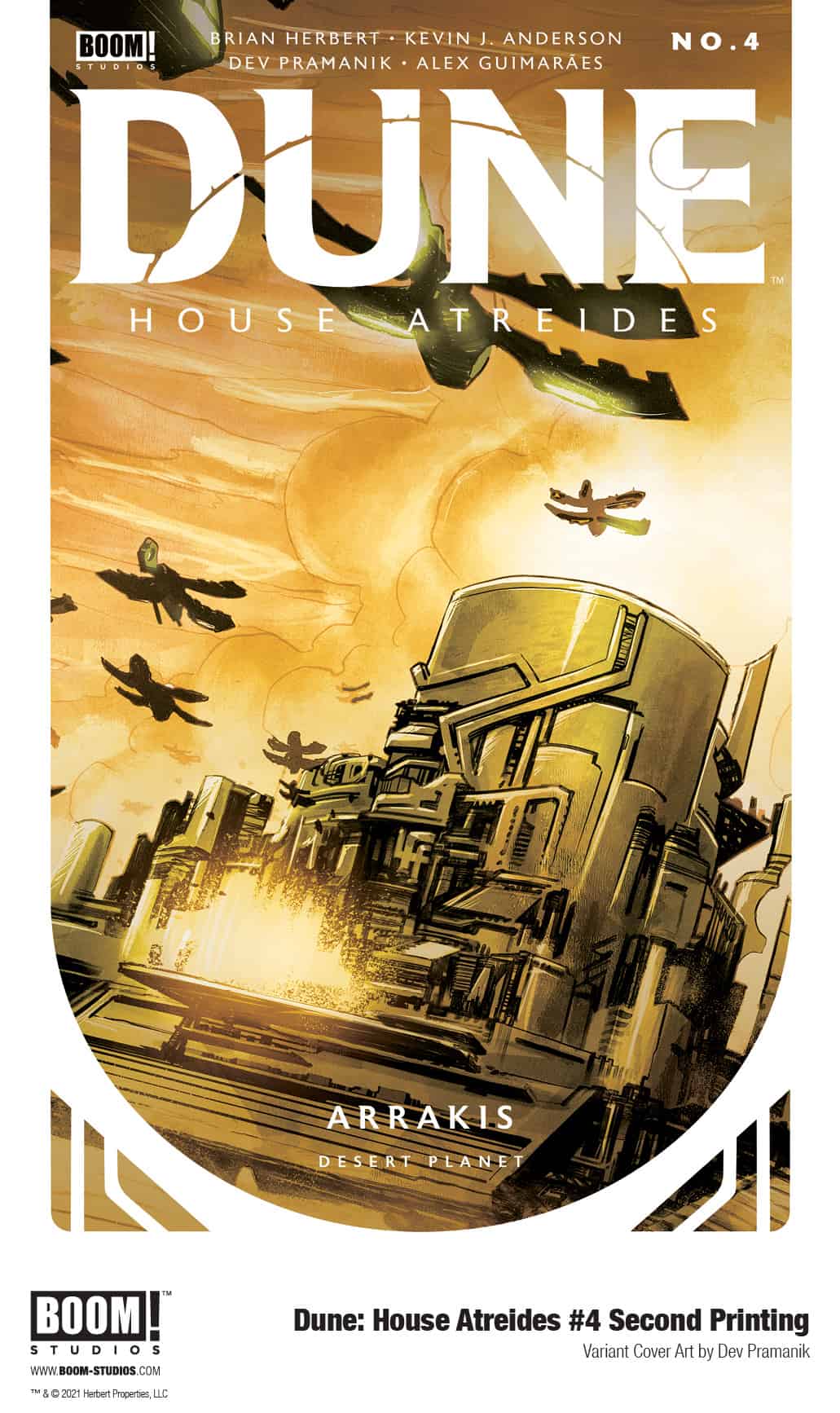 Print copies of DUNE: HOUSE ATREIDES #1-4 may be available exclusively at local comic book shops now (use comicshoplocator.com to find the nearest one). Digital copies can be purchased from content providers like comiXology, iBooks, Google Play, and Kindle.

For continuing news on the DUNE comic book series and more from BOOM! Studios, stay tuned to www.boom-studios.com and follow @boomstudios on Twitter.