During the chaos of the legendary Battle of Arrakeen, a group of Atreides soldiers gets caved in. So while Paul Atreides meets his destiny in battle, Sgt. Vitt must use his family’s gift of storytelling as a Jongleur to transport his men from their tomb to their homeworld of Caladan. Can Vitt mentally transport them back to the lushness and vast oceans of Caladan and give them the gift of hope in the darkness? 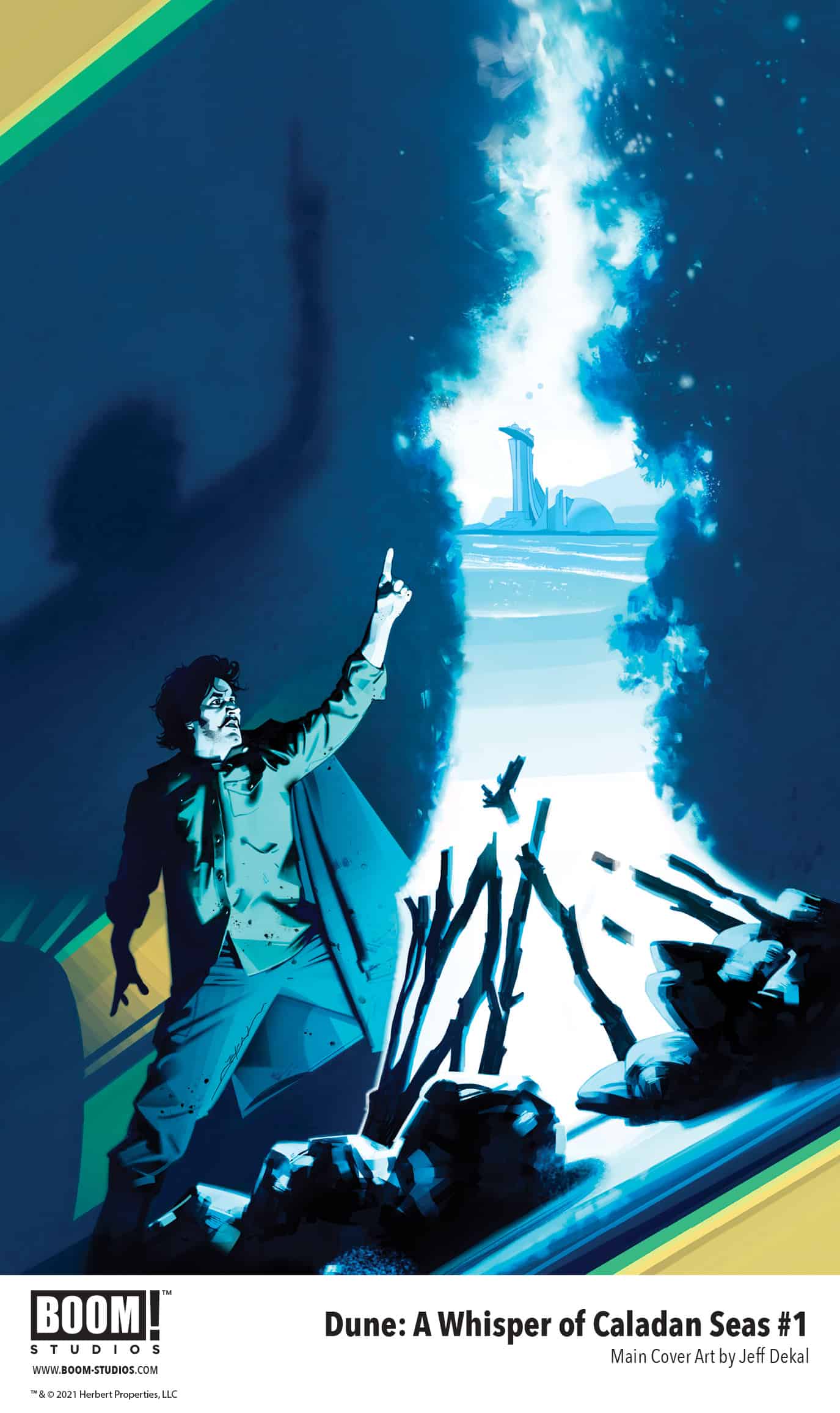 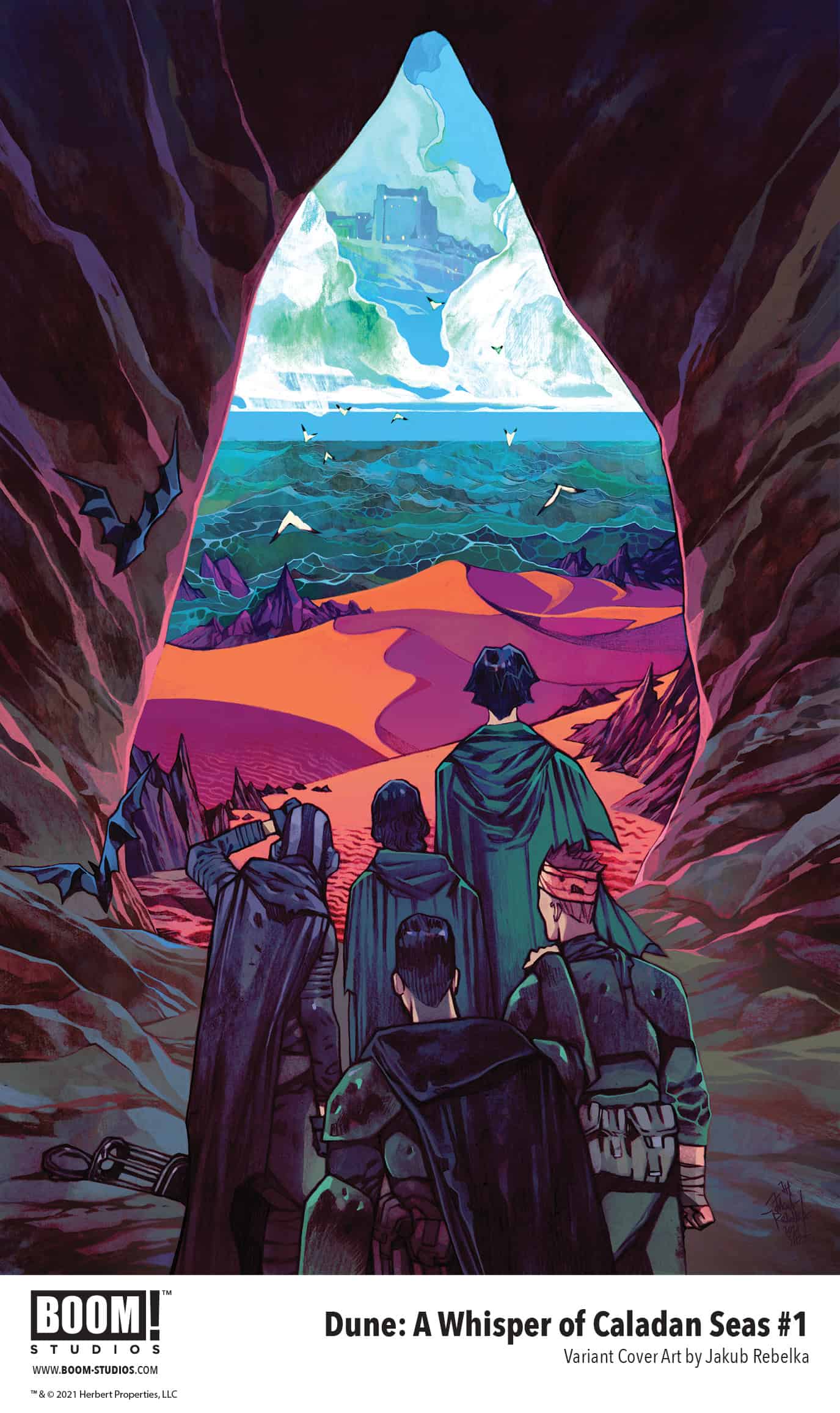 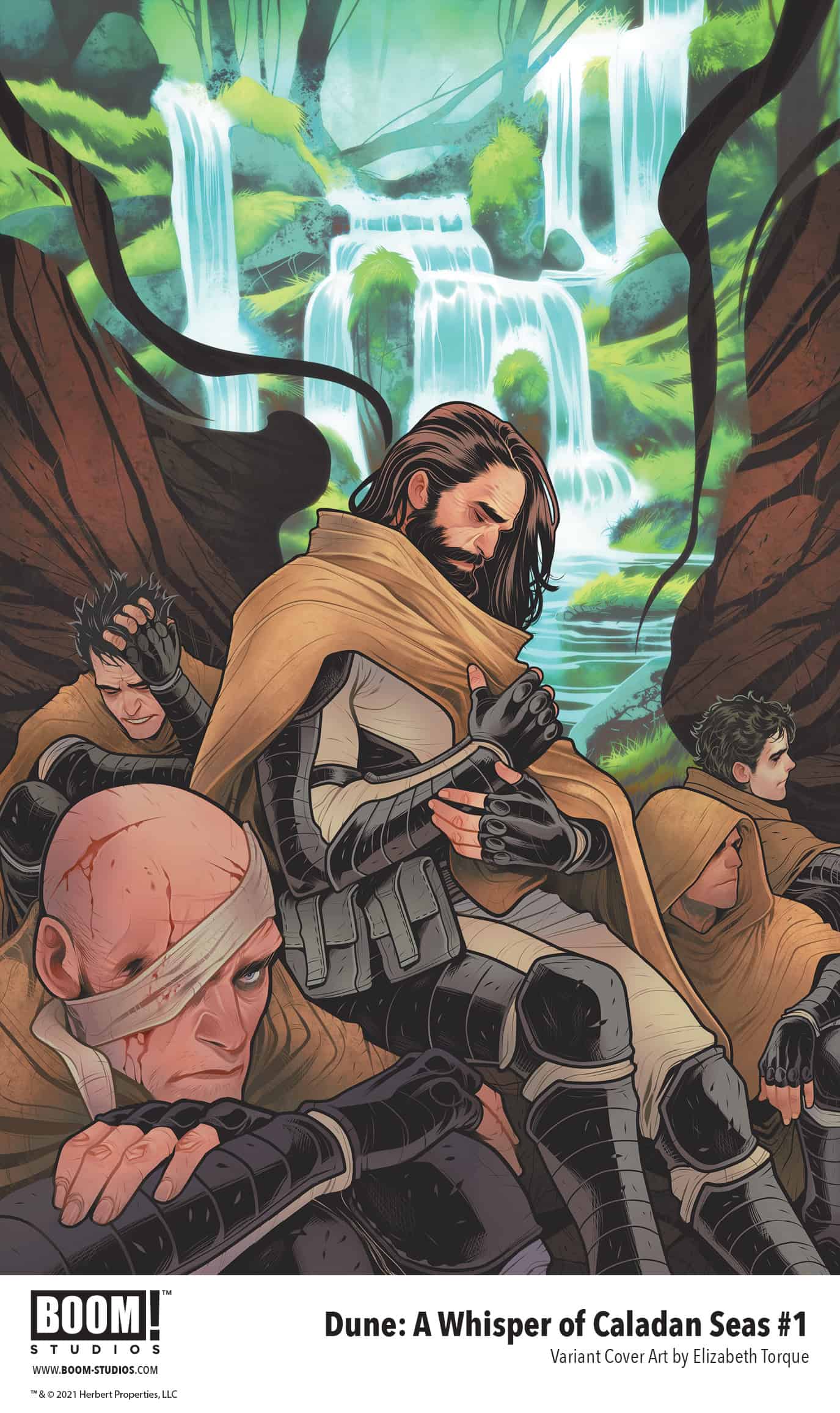 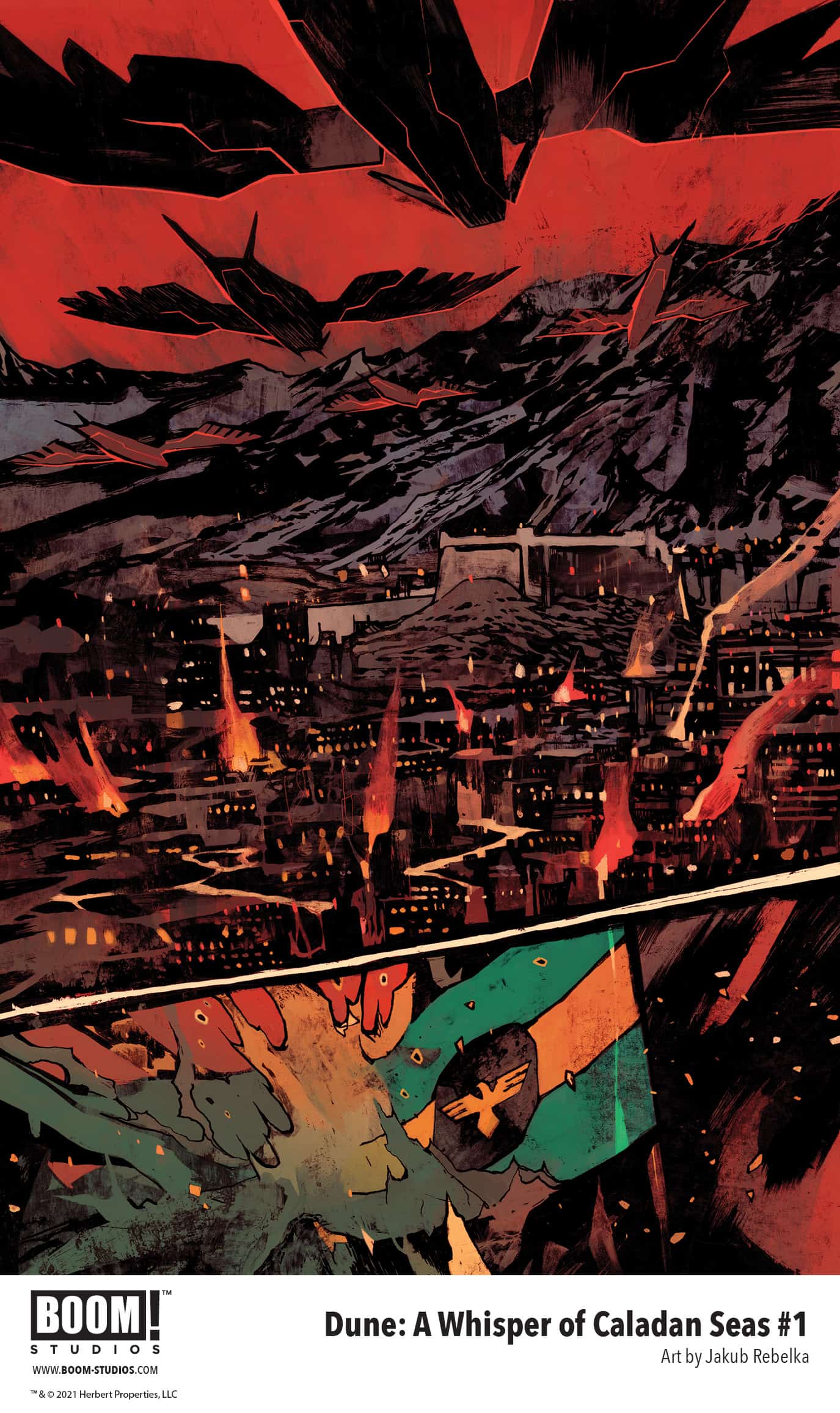 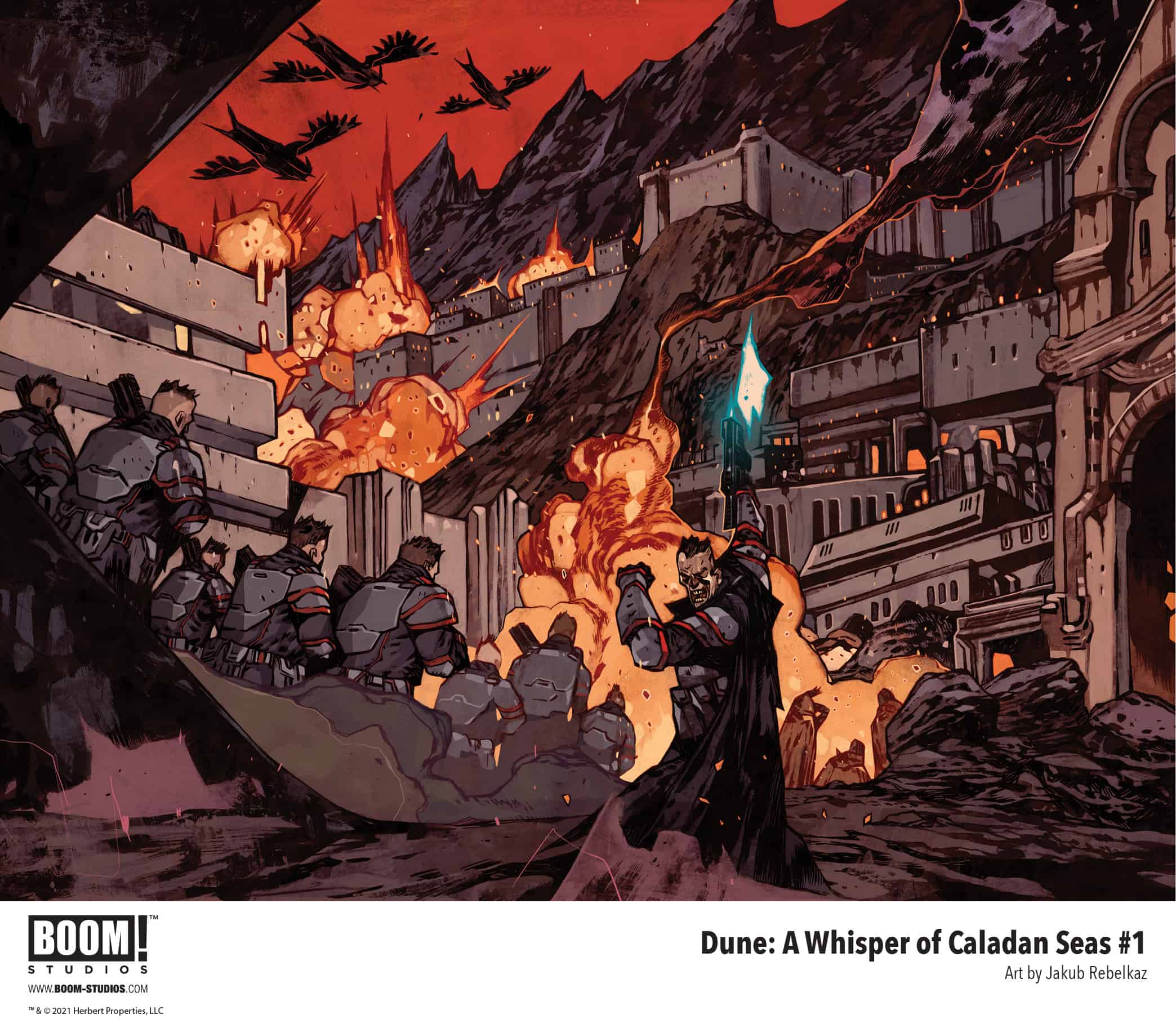 “When we were writing A WHISPER OF CALADAN SEAS, we had no idea that our Dune-series novels and short stories would eventually add up to millions of words,” said Brian Herbert. “Now we’re still adding on to that total, and continue to enjoy the writing process as much as we did when we were just getting going.  Our enthusiasm for these stories has never waned.”

“A WHISPER OF CALADAN SEAS was the very first piece of Dune fiction Brian and I wrote together, a short story introduction as we got our legs under us for writing House Atreides,” said Kevin J. Anderson. “It certainly launched something great for both of us.”

Print copies of DUNE: A WHISPER OF CALADAN SEAS #1 will be available in December 2021 at local comic book shops (use comicshoplocator.com to find the nearest one), or at the BOOM! Studios webstore. Digital copies can be purchased from content providers like comiXology, iBooks, Google Play, and Kindle.