Kingston, Woods and Big E have collectively won 11 Tag Team Championships in WWE, including the longest reign in WWE history! This new series will allow fans to discover the origins and struggles of the three WWE Superstars before that fateful day when they realized they were together than apart. Narcisse, in a press release from Boom said about the project,

“Collaborating with my colleague Austin Walker so we could tap into the personalities of The New Day to tell the origin story of this history-making trio has been an incredibly enriching experience, We tried to write a love letter to an unseen side of WWE history, and I’m so excited that WWE fans everywhere will finally be able to read how Kofi, Xavier, and Big E came together to form sports entertainment’s most electrifying tag team.”

“When Evan Narcisse and I started planning WWE The New Day: The Power of Positivity, we realized right away that it was a perfect fit. Kofi, Big E, and Xavier are as extraordinary as the very best comic book heroes, and their journey from up-and-coming underdogs to de facto superstars is one of struggle, identity, and perseverance. All of that, plus bright and vivid art from Daniel Bayliss? That’s a dream match if ever there was one.” 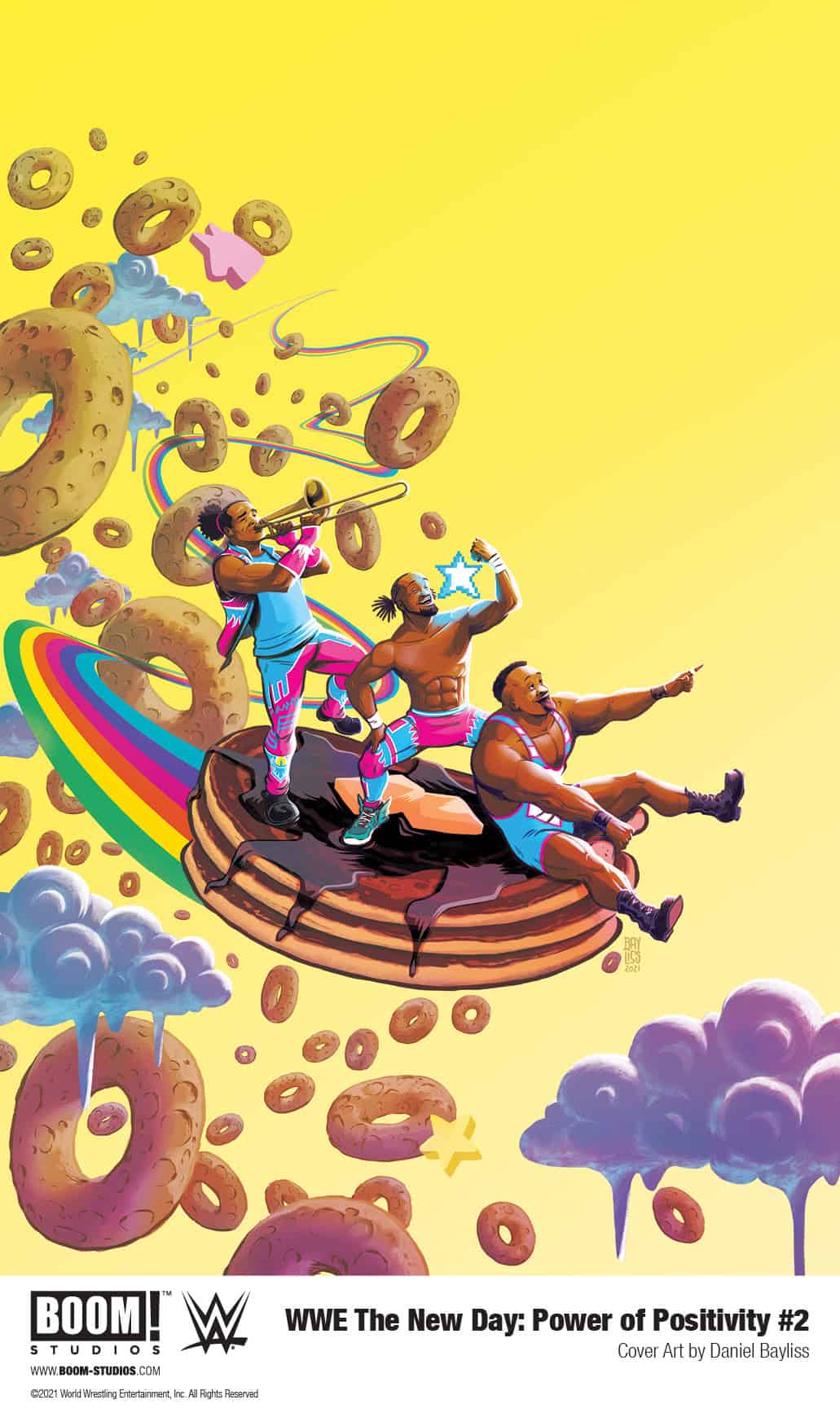 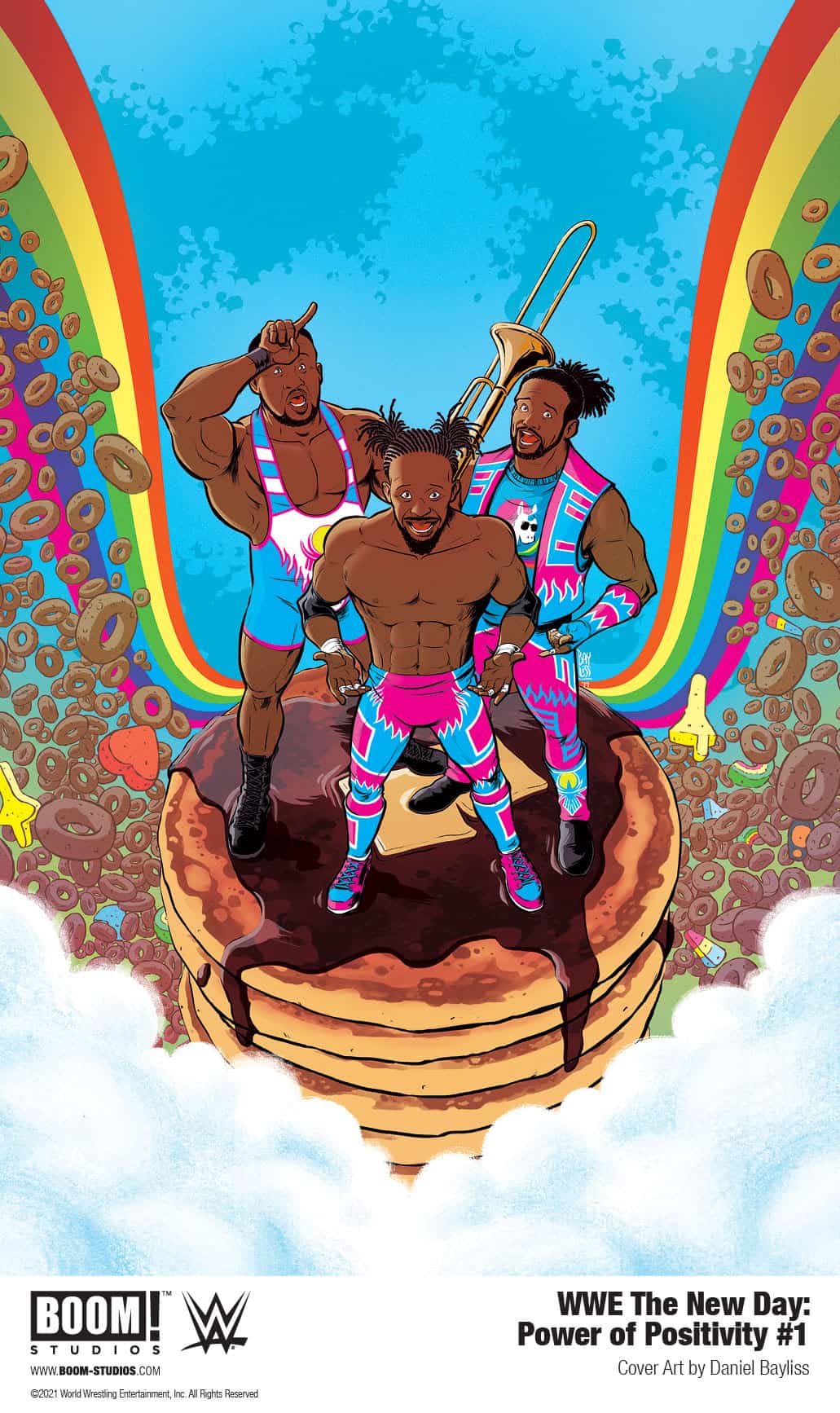 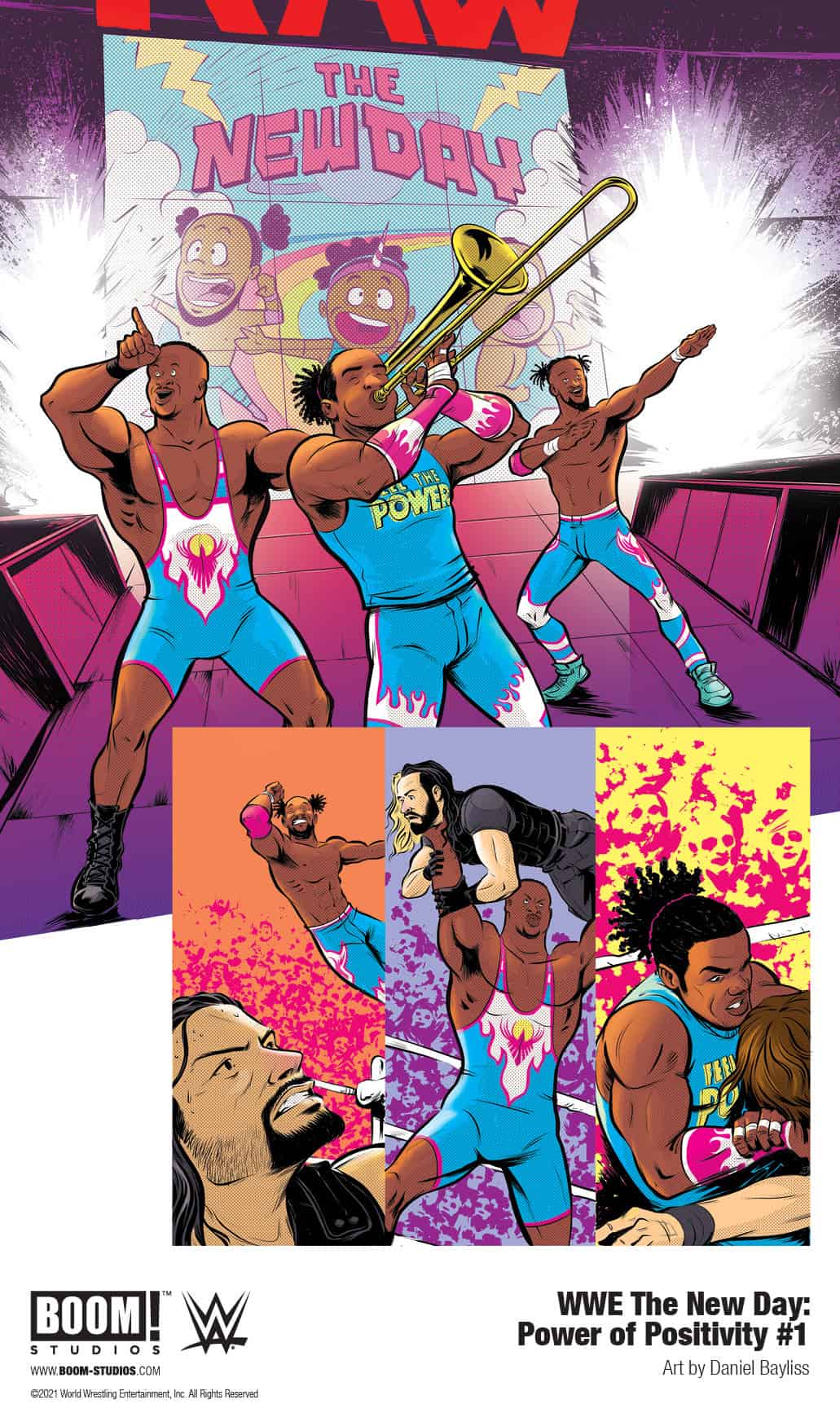 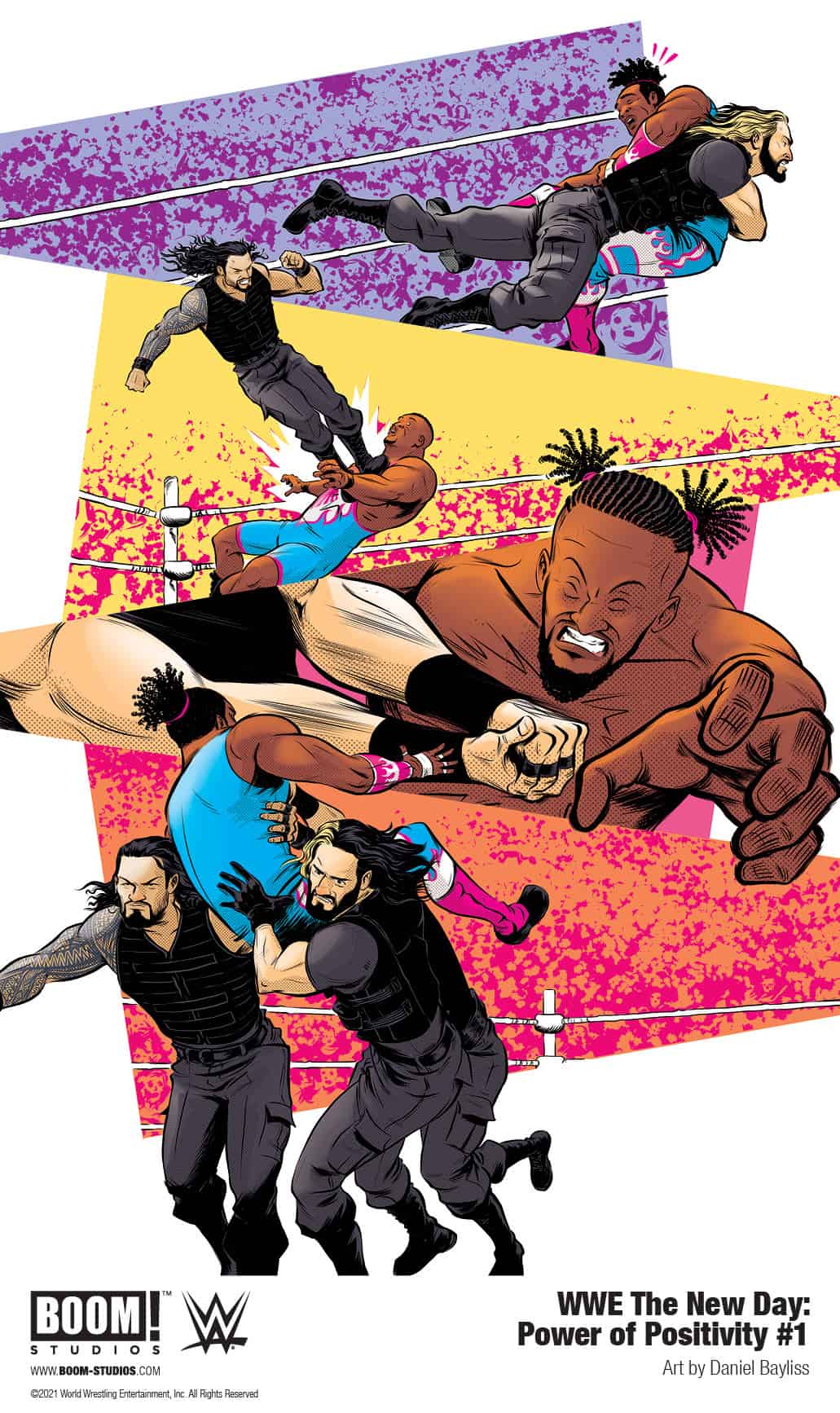 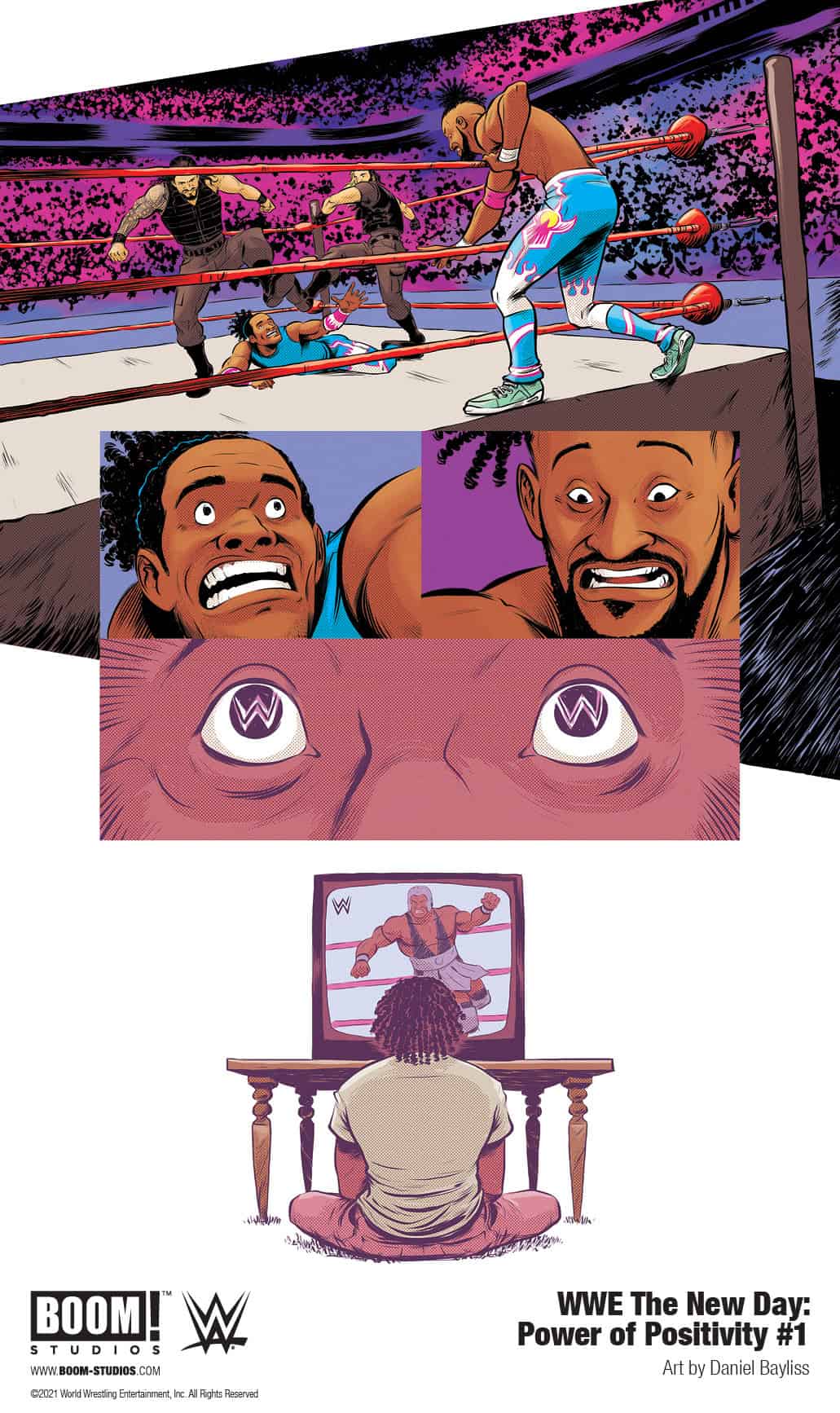 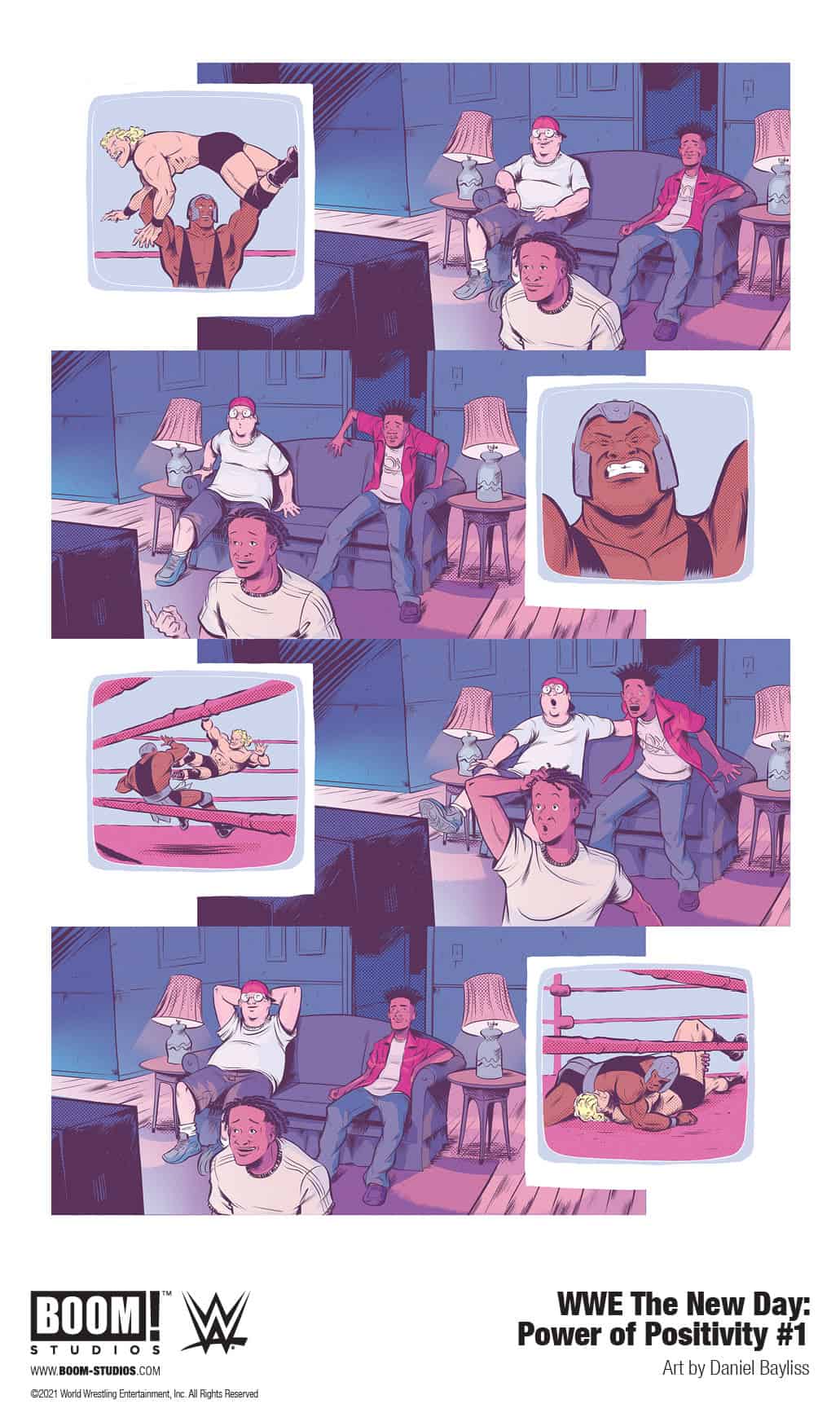 Print copies of WWE THE NEW DAY: POWER OF POSITIVITY #1 will be available for sale in July 2021 exclusively at local comic book shops (use comicshoplocator.com to find the nearest one) or at the BOOM! Studios webstore. Digital copies can be purchased from content providers, including comiXology, iBooks, Google Play, and Madefire.

For continuing news on WWE THE NEW DAY and more from BOOM! Studios, stay tuned to www.boom-studios.com and follow @boomstudios on Twitter.