NEWS WATCH: BOOM! STUDIOS Gives First Look at SOMETHING IS KILLING THE CHILDREN #18

A first look at the next issue of SOMETHING IS KILLING THE CHILDREN, the Eisner Award-nominated horror series from GLAAD Award-winning author James Tynion IV (The Woods, Batman), artist Werther Dell’Edera (Briggs Land), colorist Miquel Muerto (Bury the Lede), and letterer AndWorld Design (We Only Find Them When They’re Dead) has been released by BOOM! Studios.

Issue #18 is set to tell Erica’s early experiences with the House of Slaughter and the start of her monster-hunting career… before the horrifying events that brought her to Archer’s Peak. What secrets lie at the heart of the House of Slaughter? Erica, and her rival Aaron, will soon learn as they are pulled deeper and deeper into the Order of St. George… but the truth may destroy them. 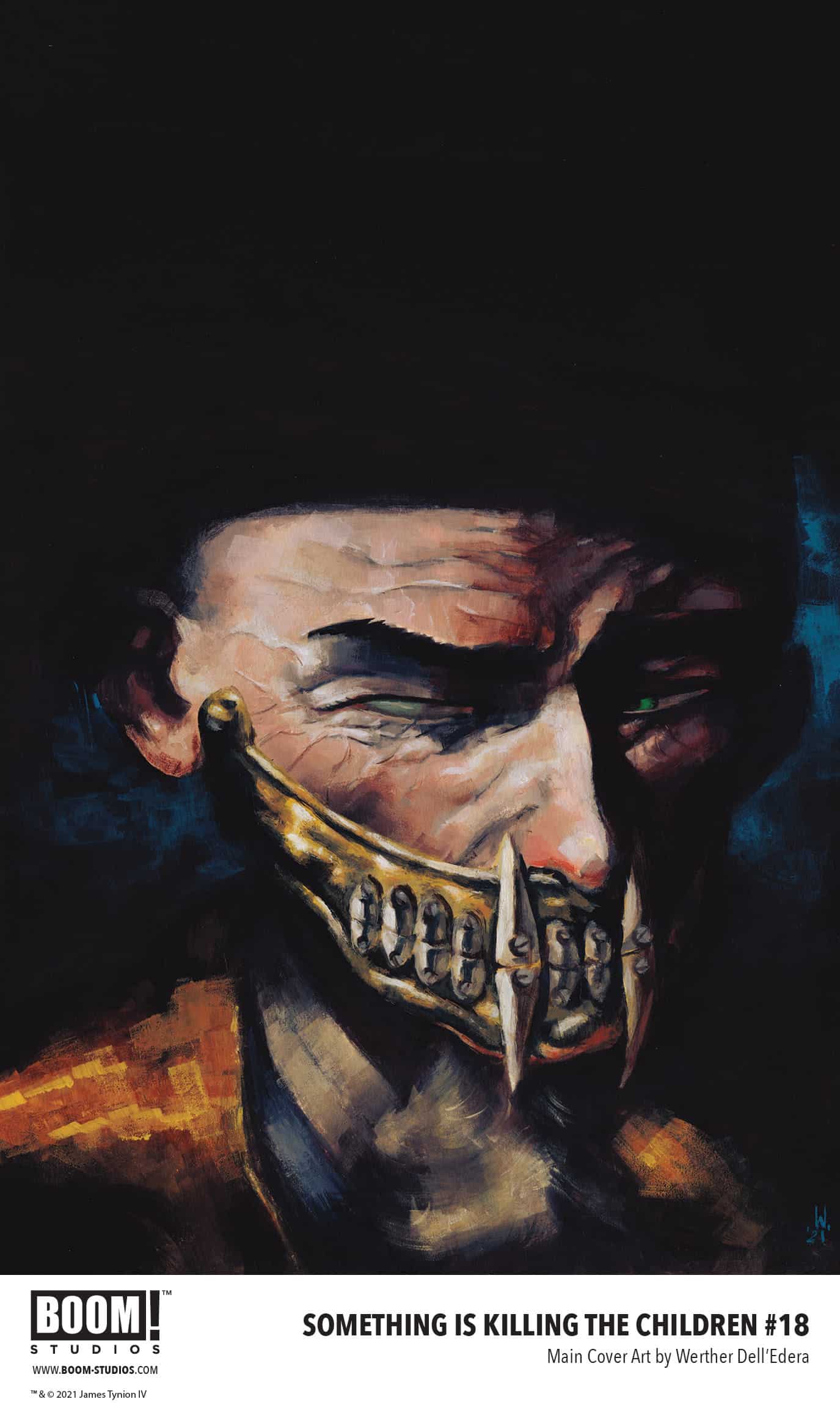 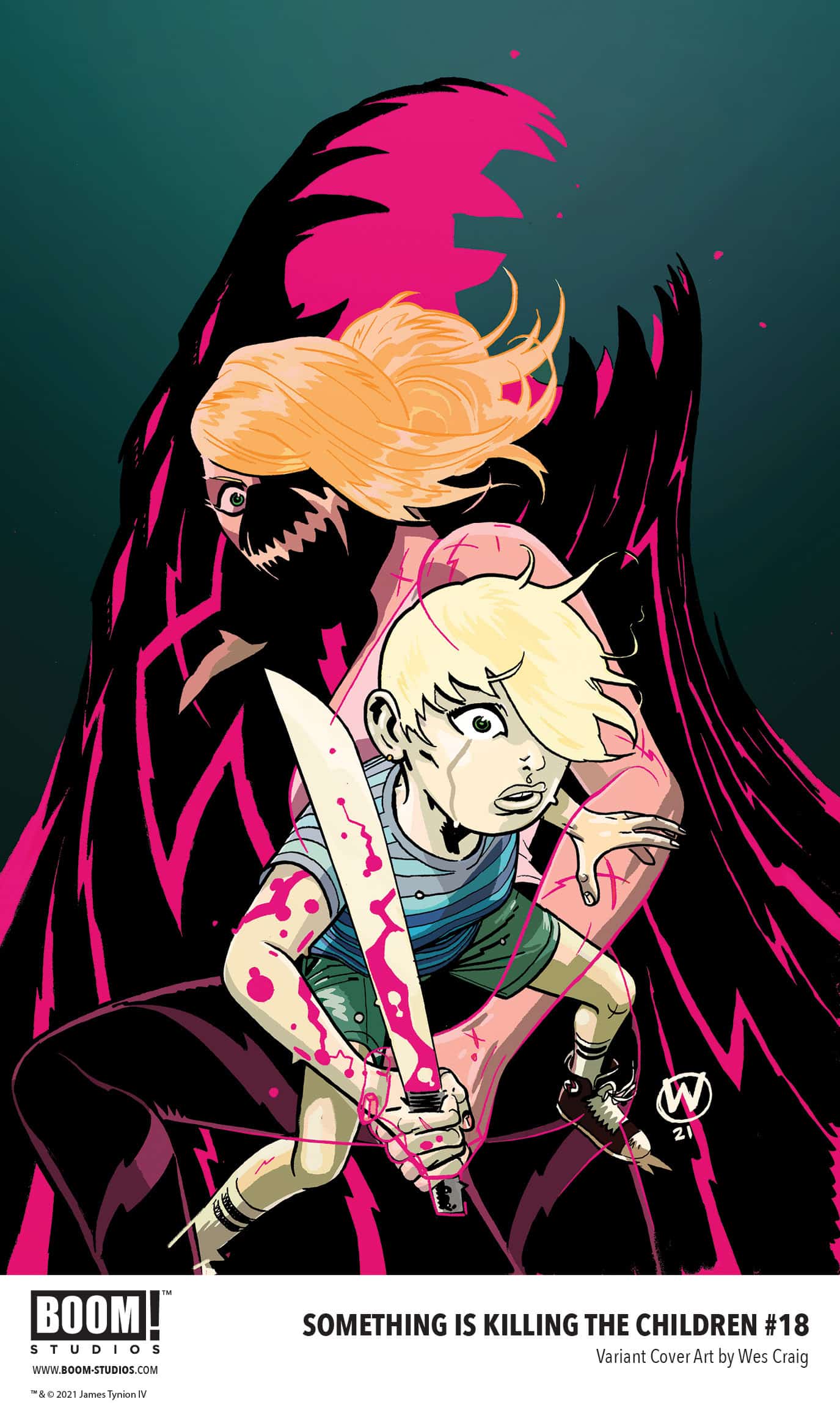 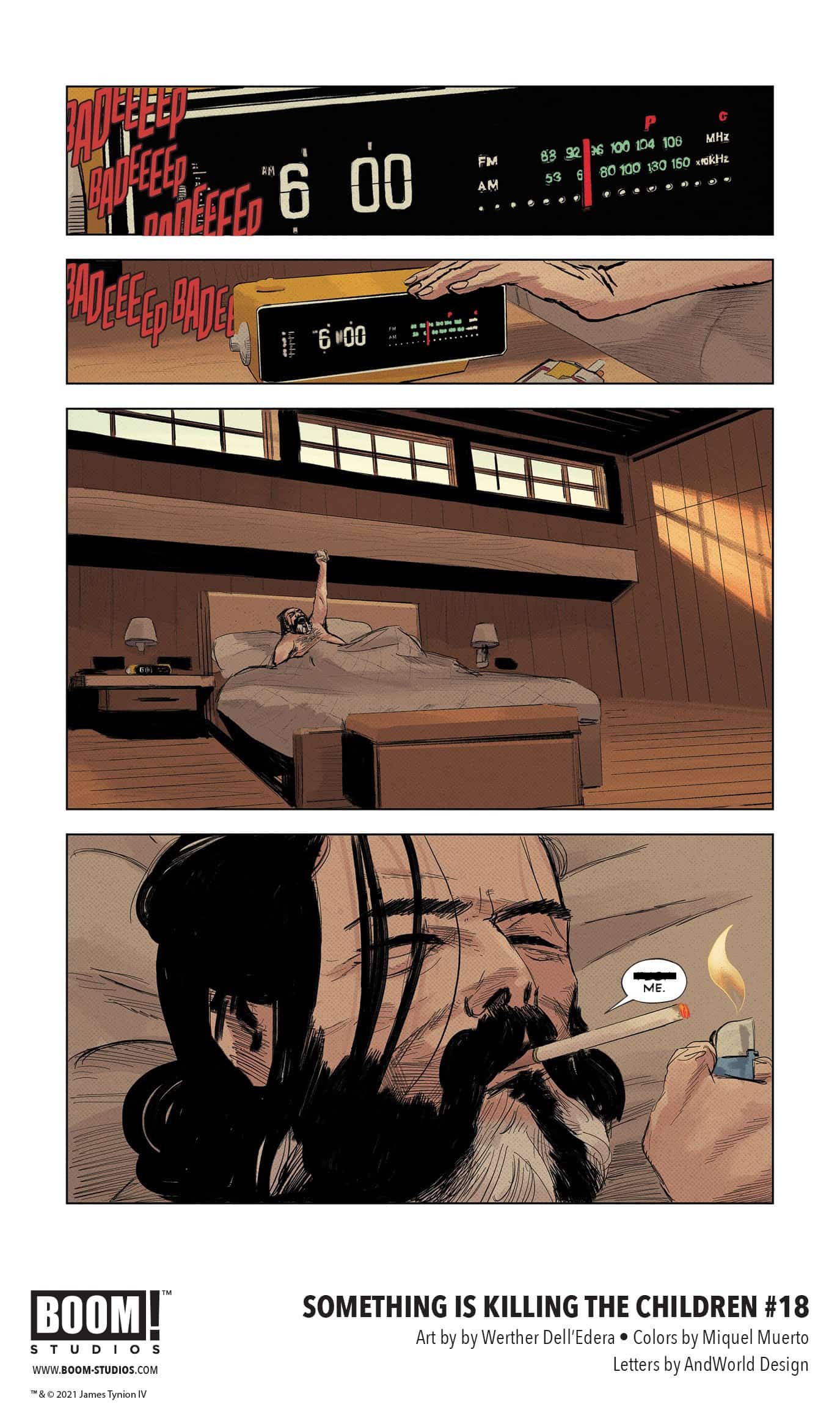 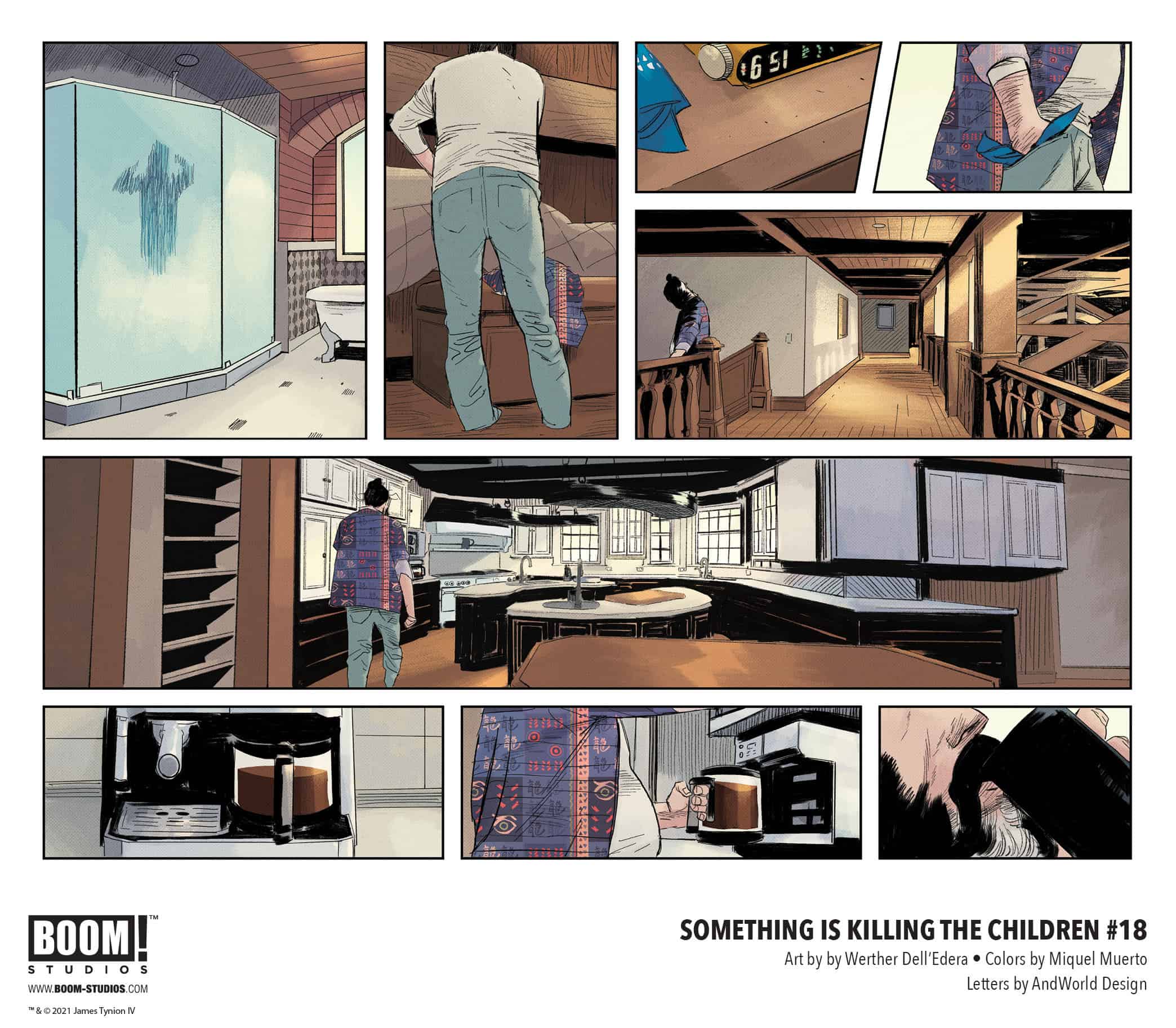 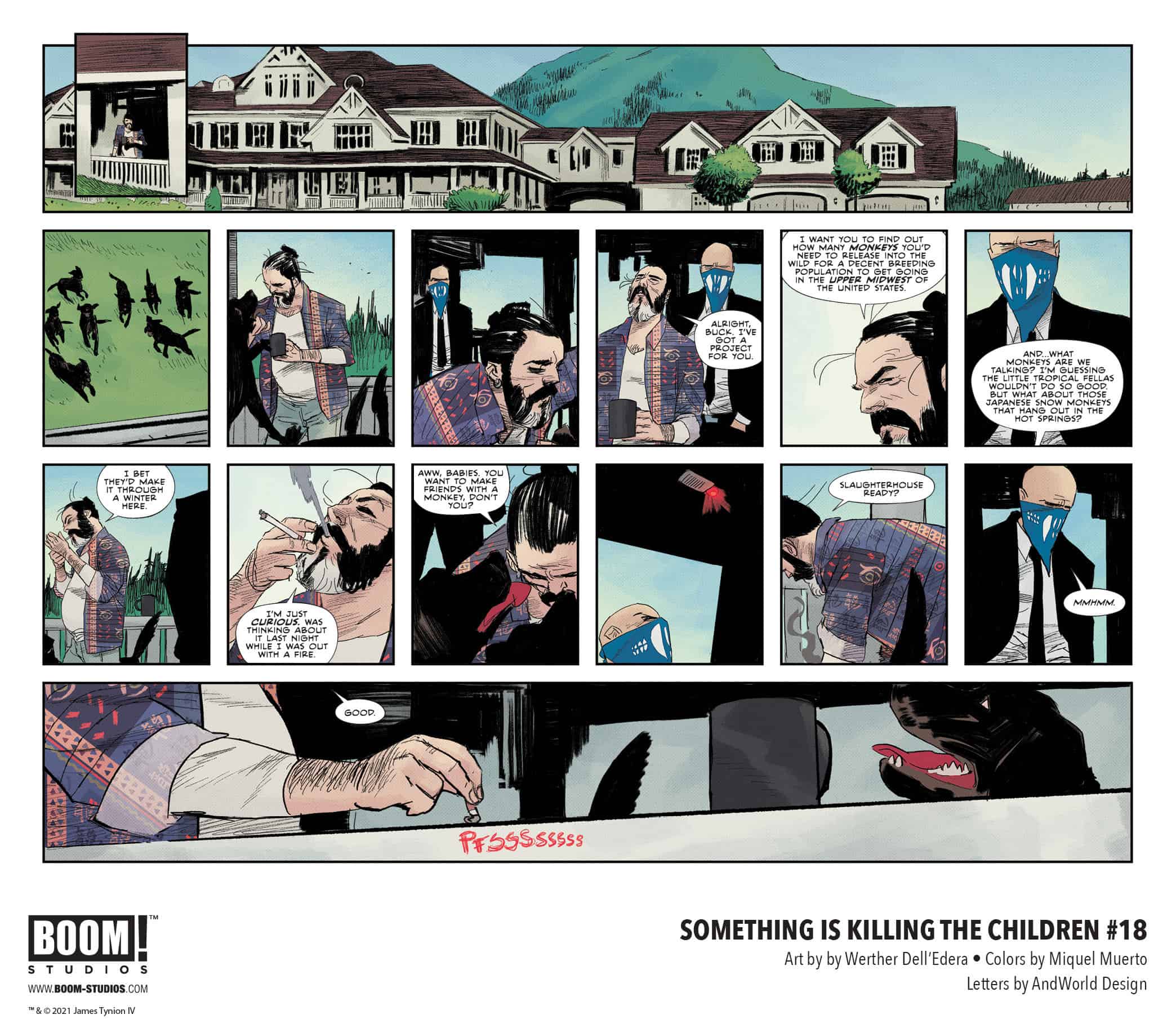 Print copies of SOMETHING IS KILLING THE CHILDREN #18 arrive July 28, 2021, exclusively at local comic book shops and the BOOM! Studios webstore. Digital copies can be purchased from content providers, including ComiXology, iBooks, Google Play, and Kindle.

NEWS WATCH: BOOM! STUDIOS Gives First Look at SOMETHING IS KILLING THE CHILDREN #18