BOOM! Studios announces a new 3 issue limited series from writer Mattson Tomlin and superstar artist Lee Bermejo. A Vicious Circle tells the story of a time traveling assassin locked in a vicious cycle of revenge and violence spanning the course of history. The series will be presented in a prestige, oversized format. The first issue is slated for a release in December 2022.

Tomlin may be best known as the screenwriter behind films such as Project Powers and the upcoming sequel to The Batman. Tomlin also made his comic debut with Batman: The Imposter.

“Lee Bermejo is an artist of the highest caliber and getting to partner with him as we push each other into the vortex of involuntary time travel has been a uniquely satisfying experience,” said Tomlin. “I’m very excited for you to join us on this journey that unpacks the good, the evil, and the vicious meaning of life”

Not straying far from the world of Batman, Bermejo is one of the definitive artists to draw Gotham City in recent years. Between Batman: Damned, Joker, and more, Bermejo’s style has definitely aligned with the Dark Knight and his brand of violence.

“A VICIOUS CIRCLE is a passion project and the most deliciously challenging thing I’ve done in my career thus far. This is thanks to the collaboration with Mattson, whose gift of being able to bring intimacy and subtle nuance to epic genre concepts helps make them feel personal as much as bombastic,” said Bermejo. “It’s also an opportunity for us to embrace and play with what makes the medium of sequential art so unique and give readers a tailored, stylistic experience to every sequence.”

BOOM! Also provided a synopsis for the series, along with a sneak peek at Bermejo’s art, both of which can be seen below:

Shawn Thacker is a trained assassin from the future who seeks revenge on the only other man with his affliction—each life they take forces them both to involuntarily travel between vastly different past and future eras. Spanning from 22nd century Tokyo to 1950s New Orleans to the Cretaceous Era and beyond, the two mortal rivals are locked in a battle of wills that spans millions of years, all to alter the course of history. 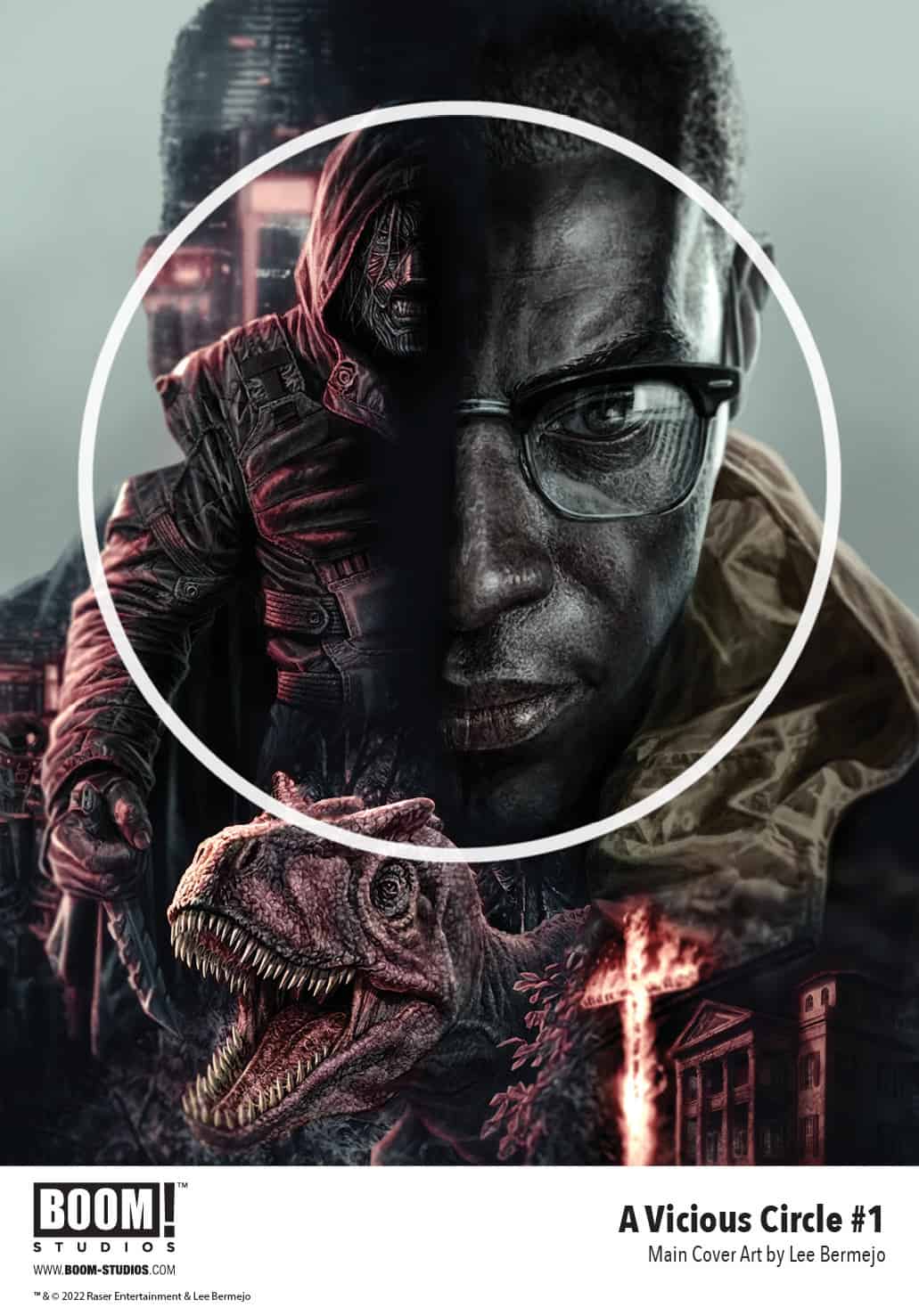 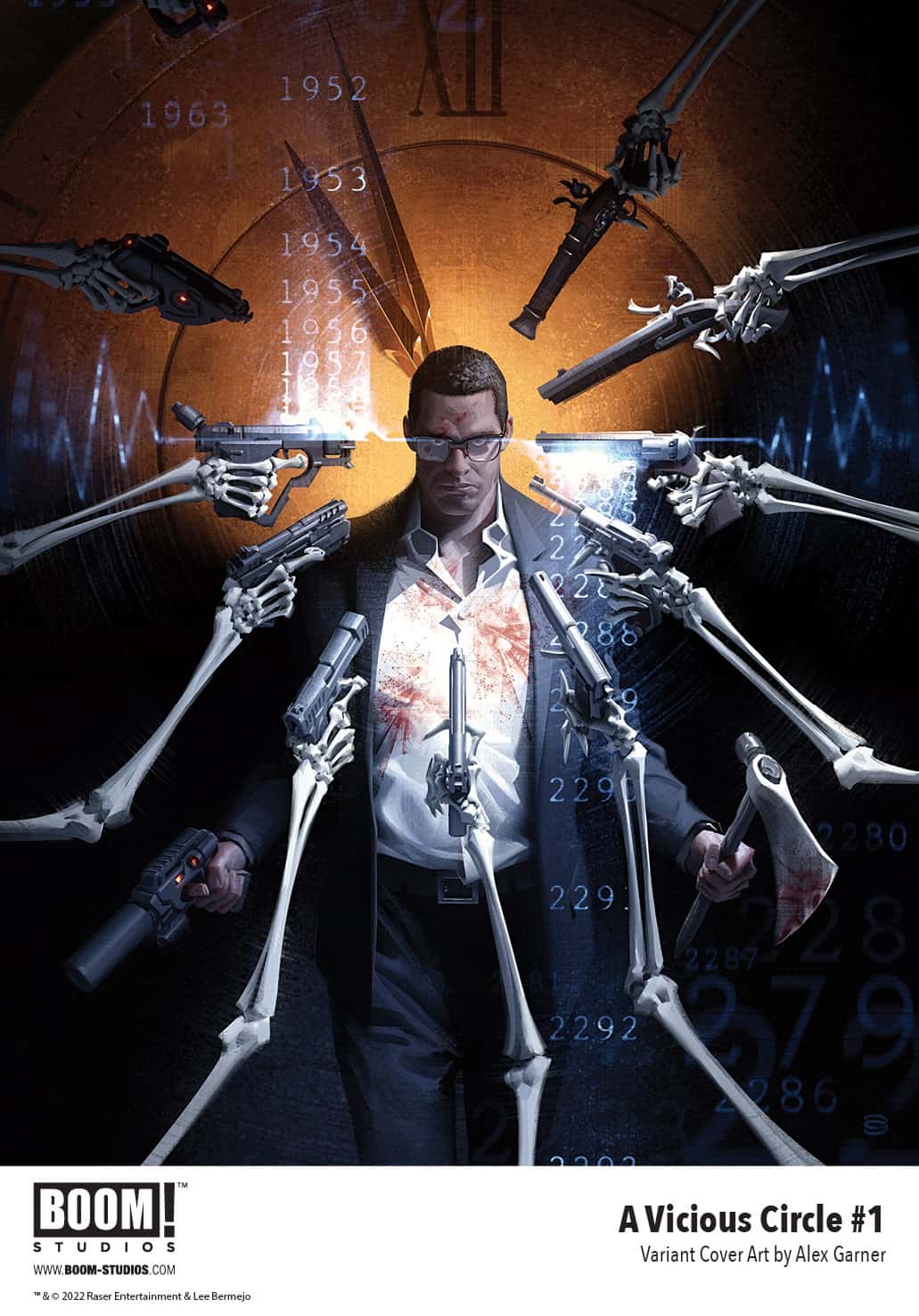 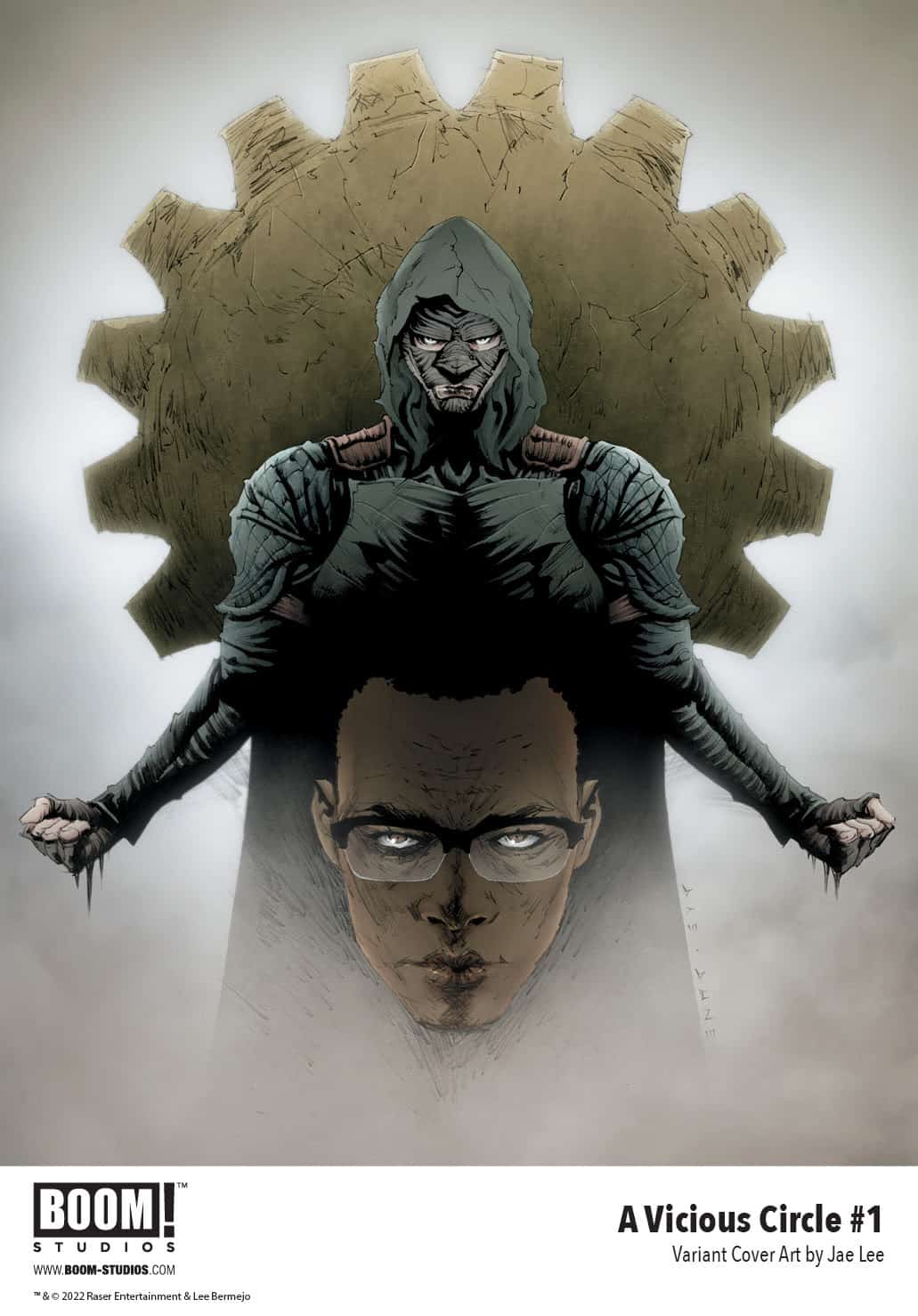 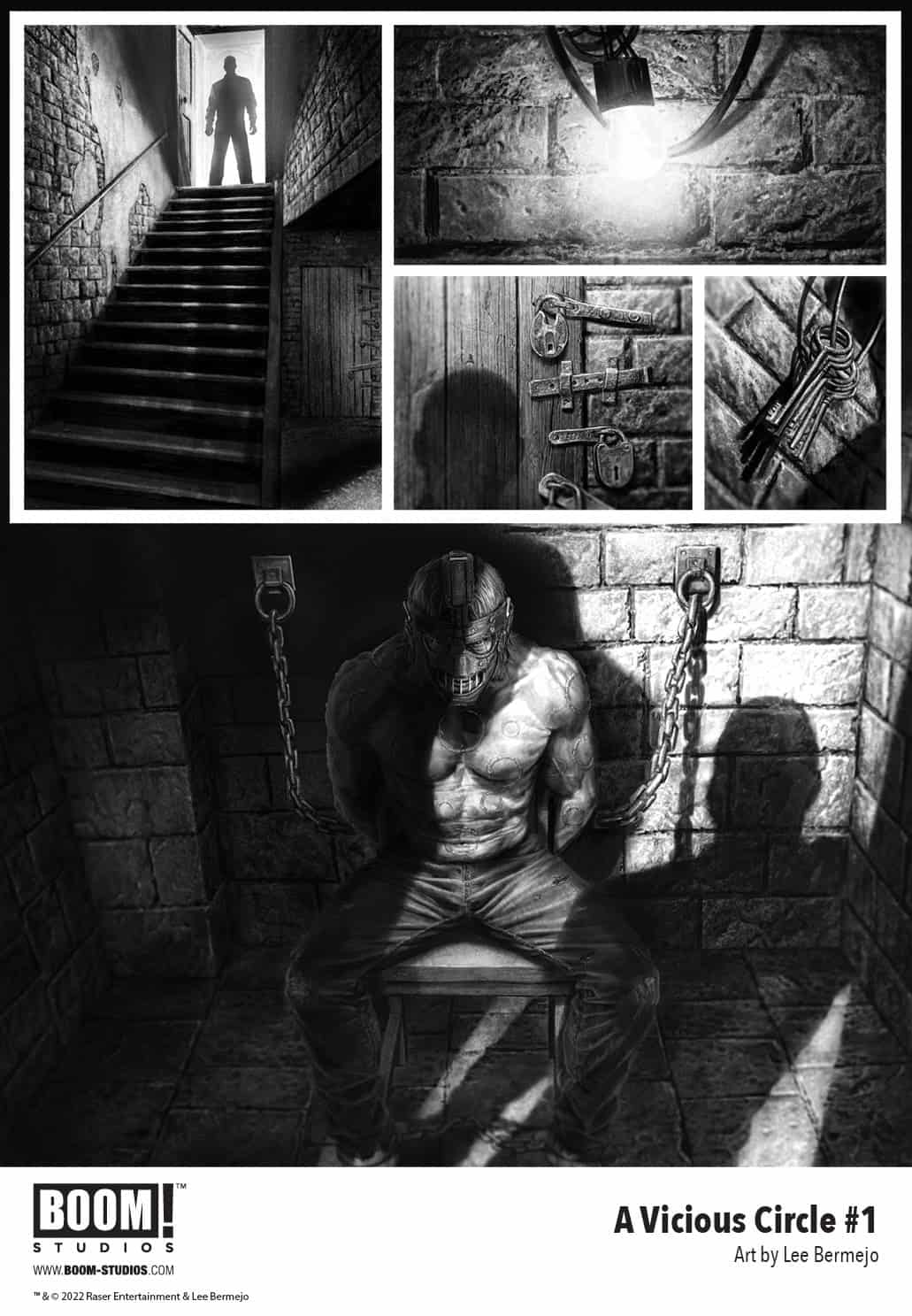 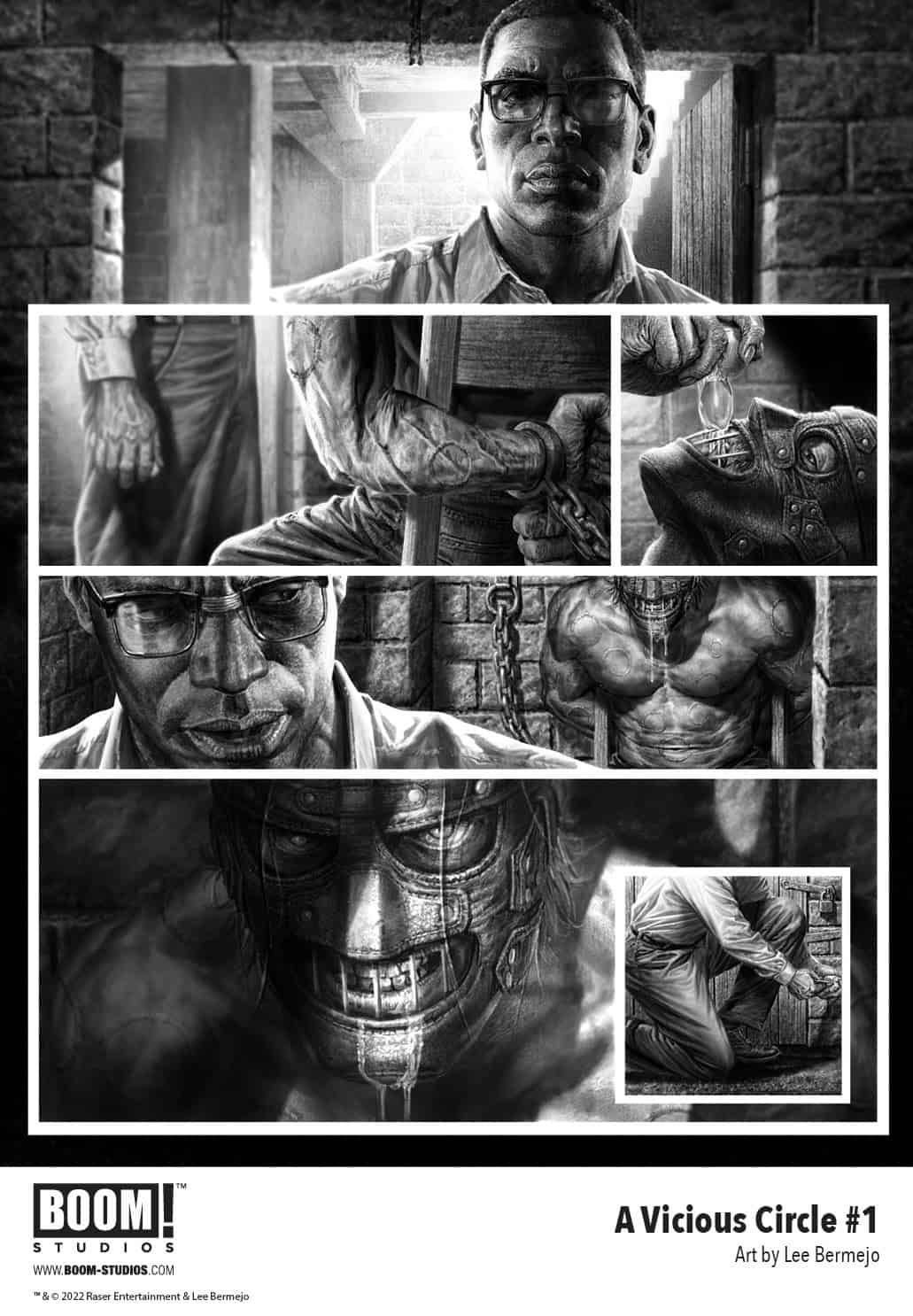 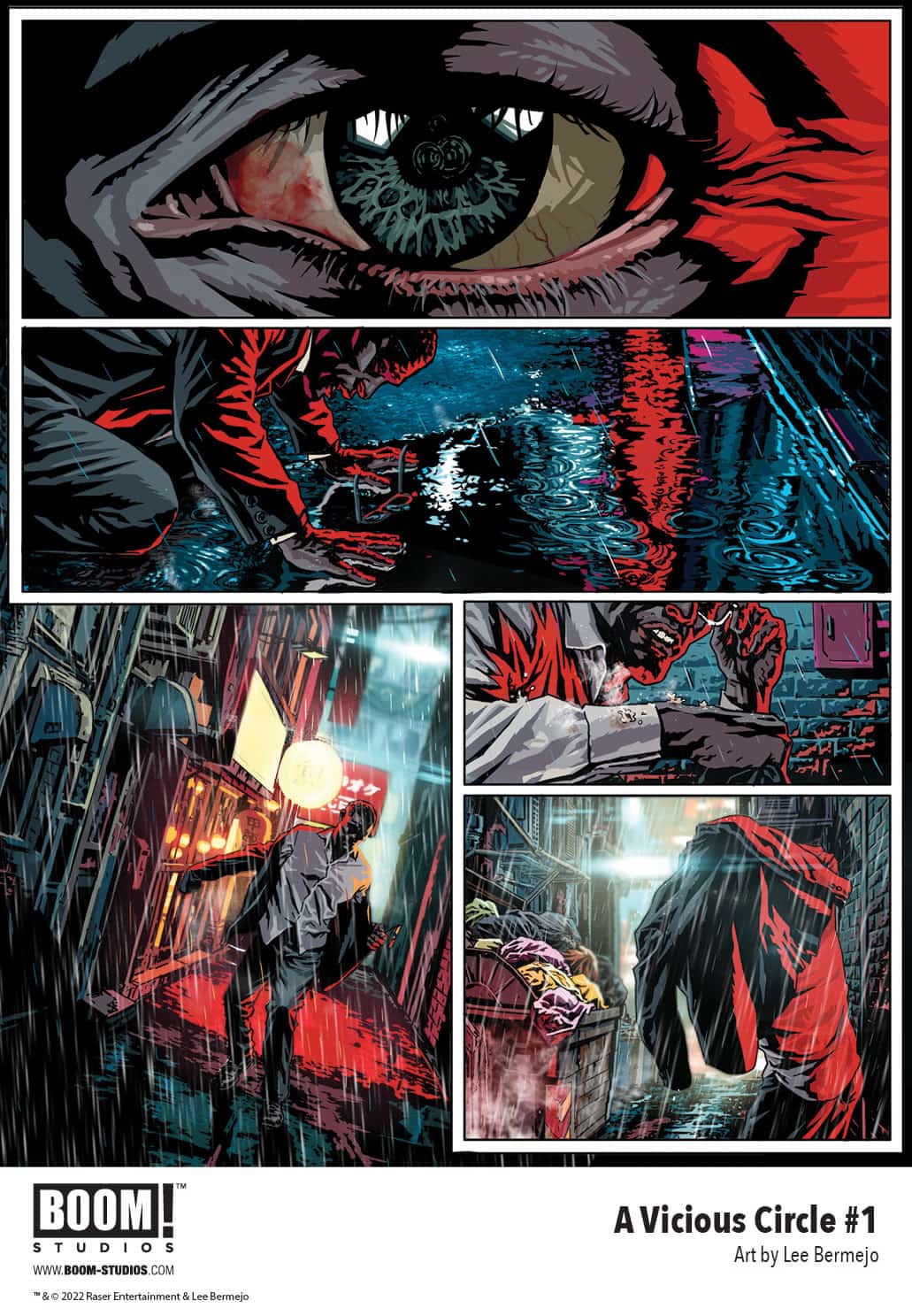 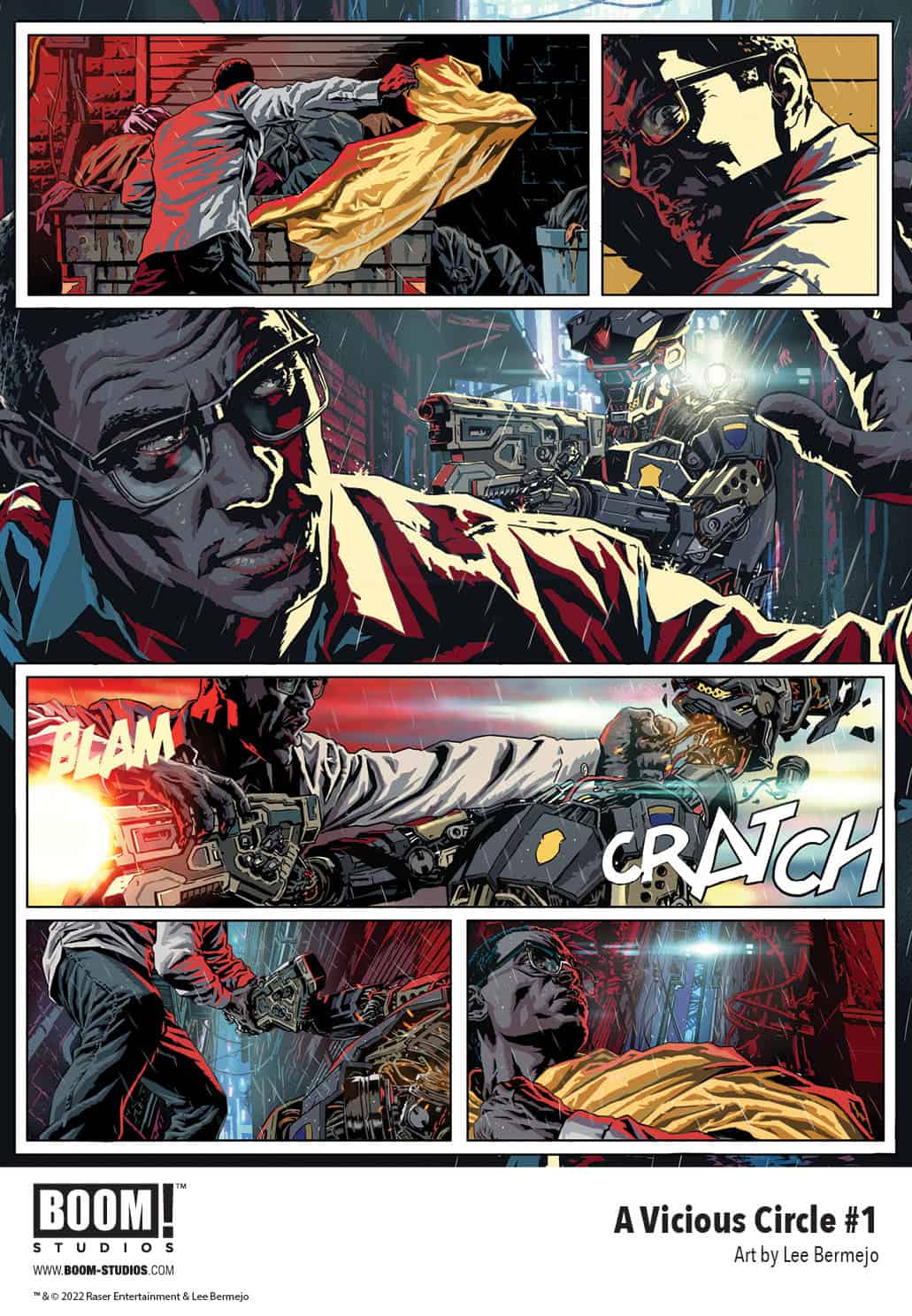 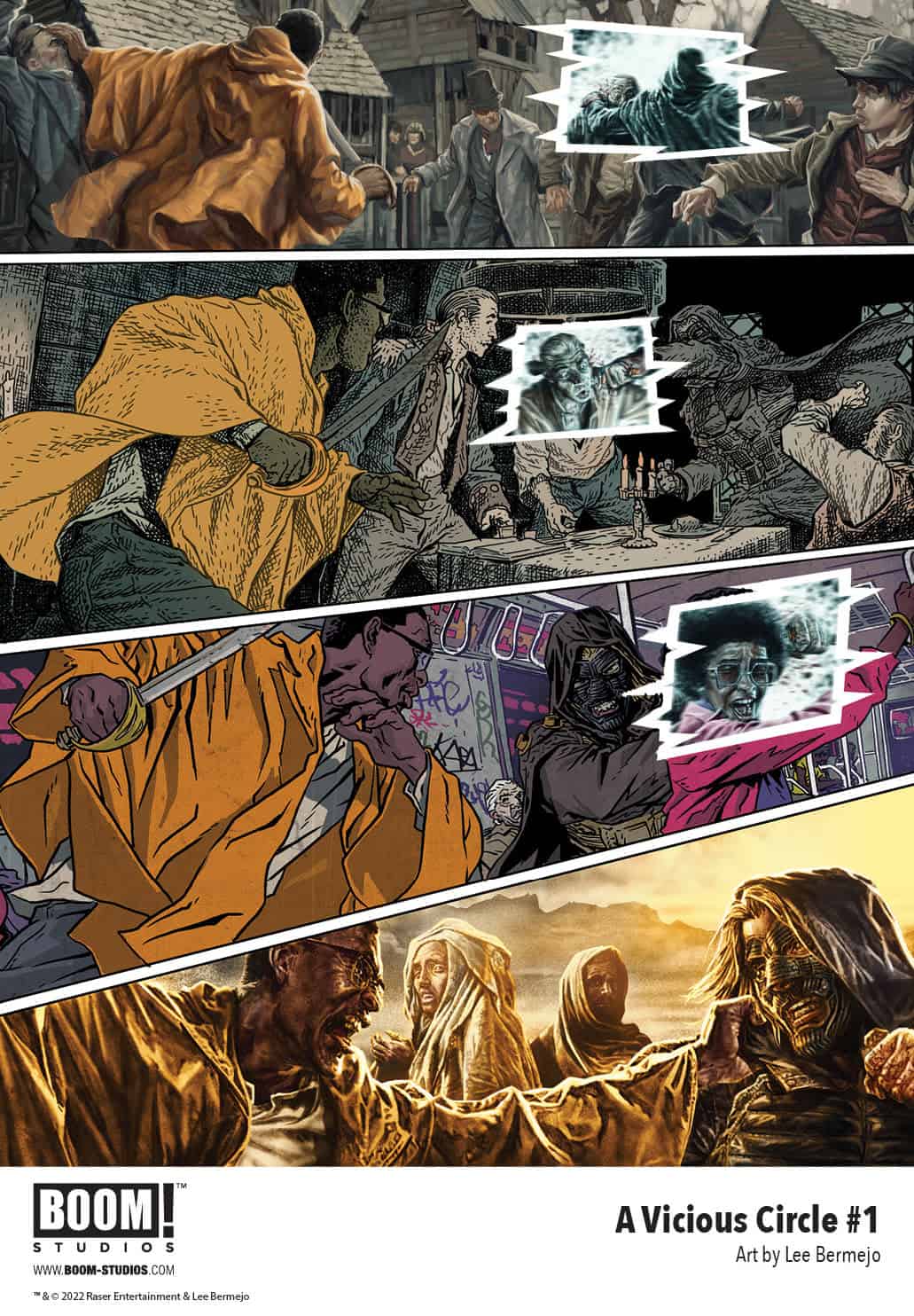 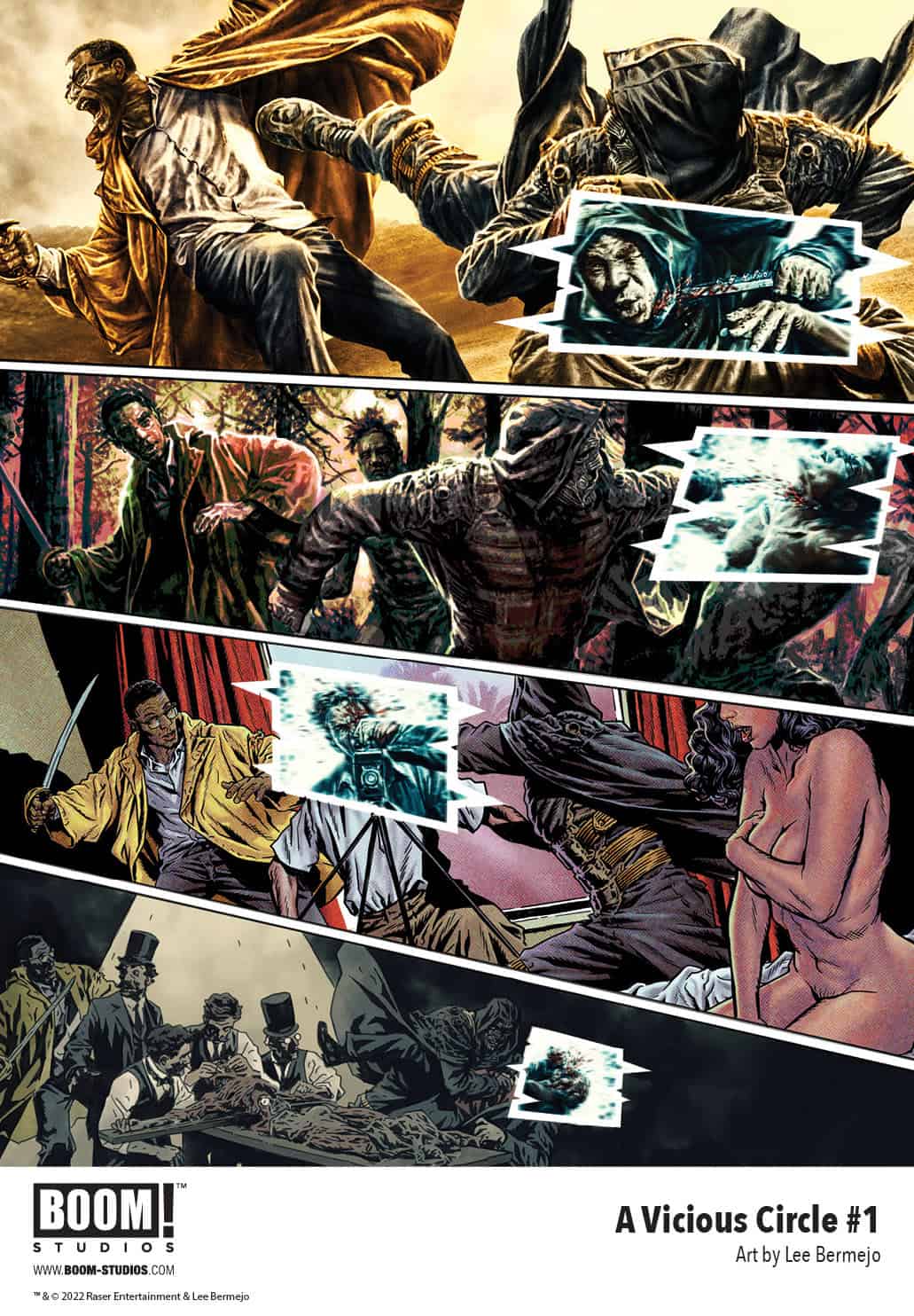 Print copies of A Vicious Circle #1 will be available for sale in December 2022 exclusively at local comic book shops (use comicshoplocator.com to find the nearest one) or at the BOOM! Studios webstore. Digital copies can be purchased from content providers, including comiXology, iBooks, Google Play, and Kindle.