BOOM! Studios has revealed a first look at THE MANY DEATHS OF LAILA STARR #3 from the new original series from acclaimed comics creators Ram V (Swamp Thing, Blue in Green) and Filipe Andrade (Captain Marvel), with letterer AndWorld Design. that explores the fine line between living and dying in Mumbai through the lens of magical realism, available in June 2021.

The series explores the fine line between living and dying in Mumbai through the lens of magical realism as issue #3 finds that years have passed when Laila Starr, the now-mortal reincarnation of the avatar of Death, once again crosses paths with the future creator of immortality — this time at a party where the young man will have a life-altering experience that will shape him for years to come.

Will Laila change his path in this one night or the other way around? 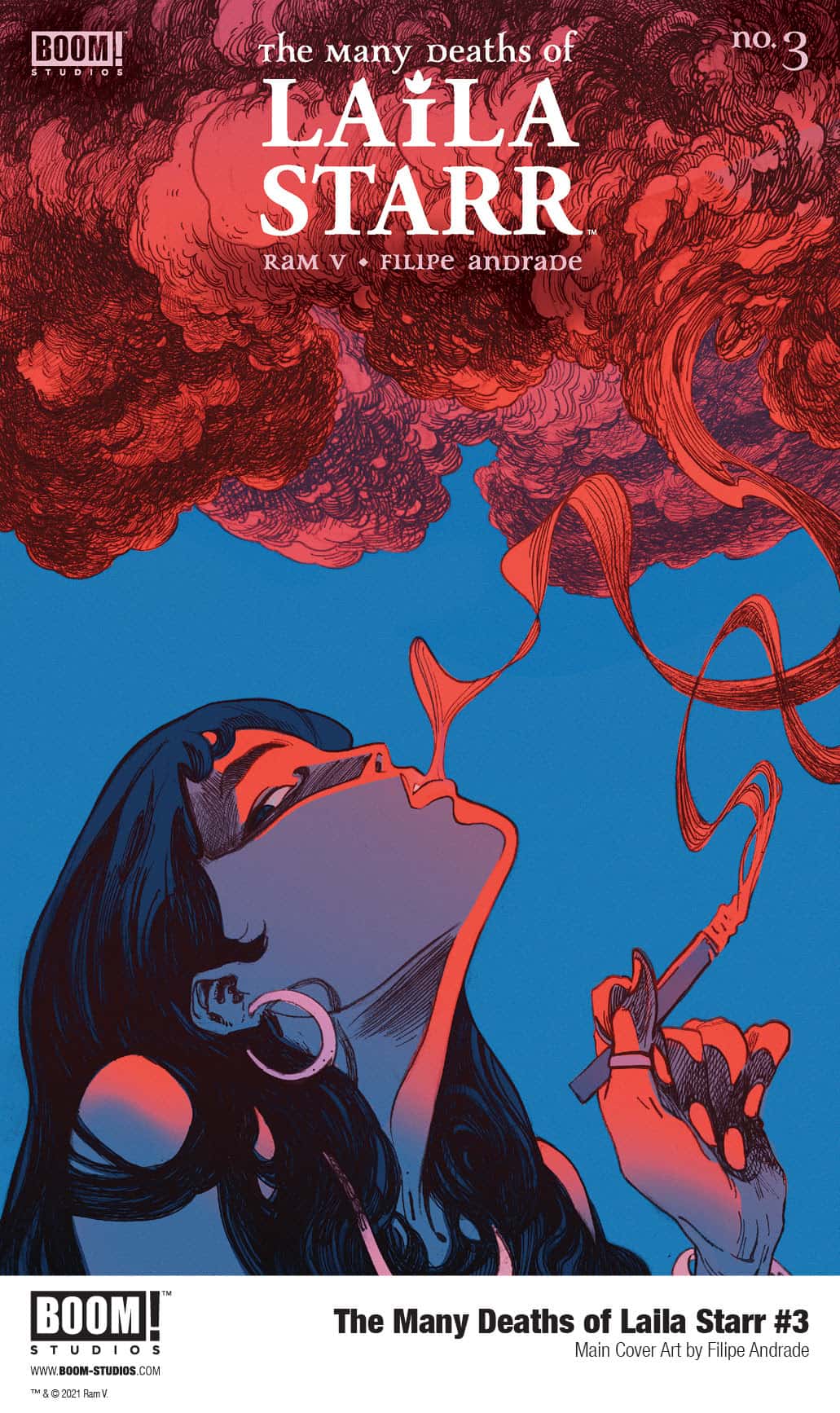 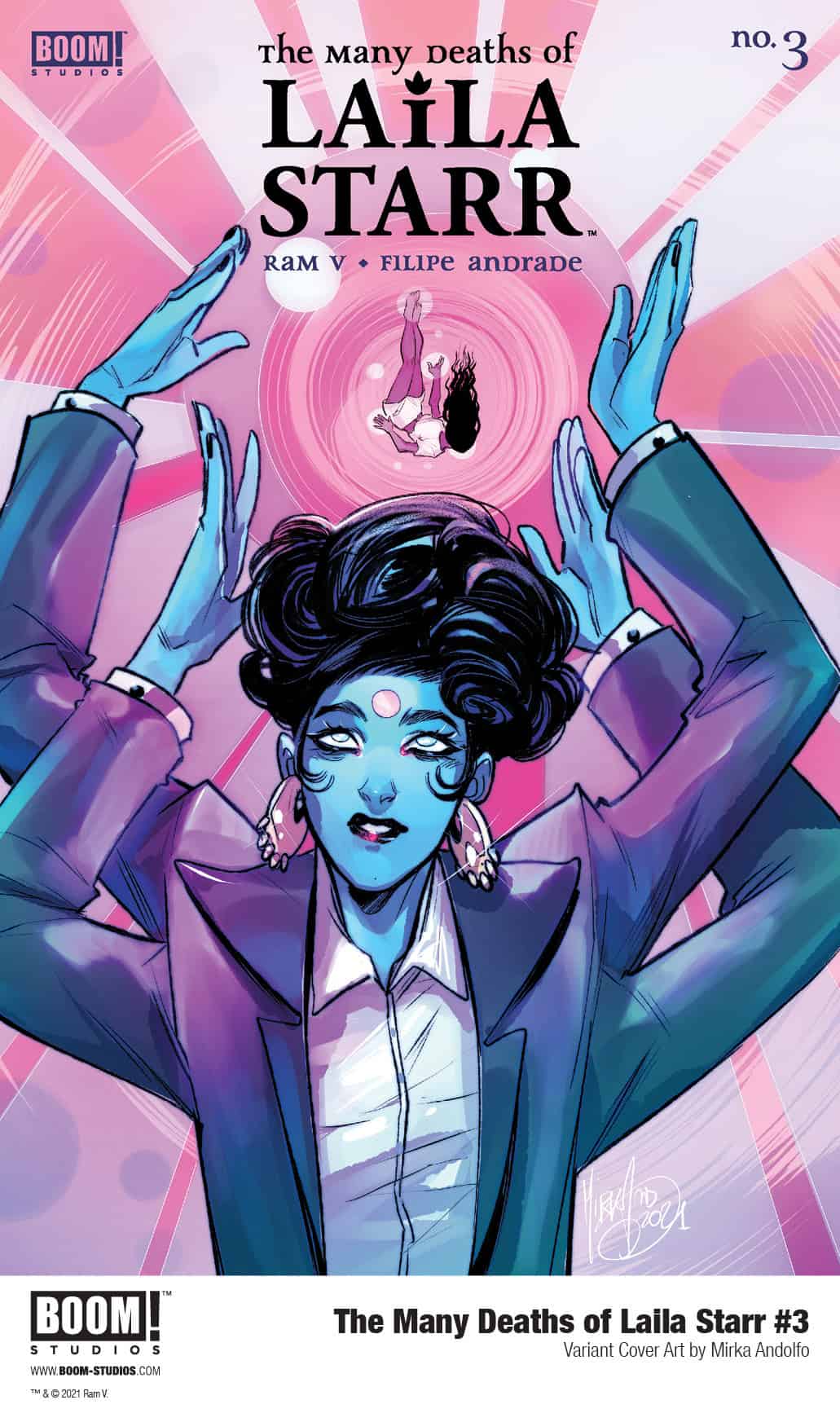 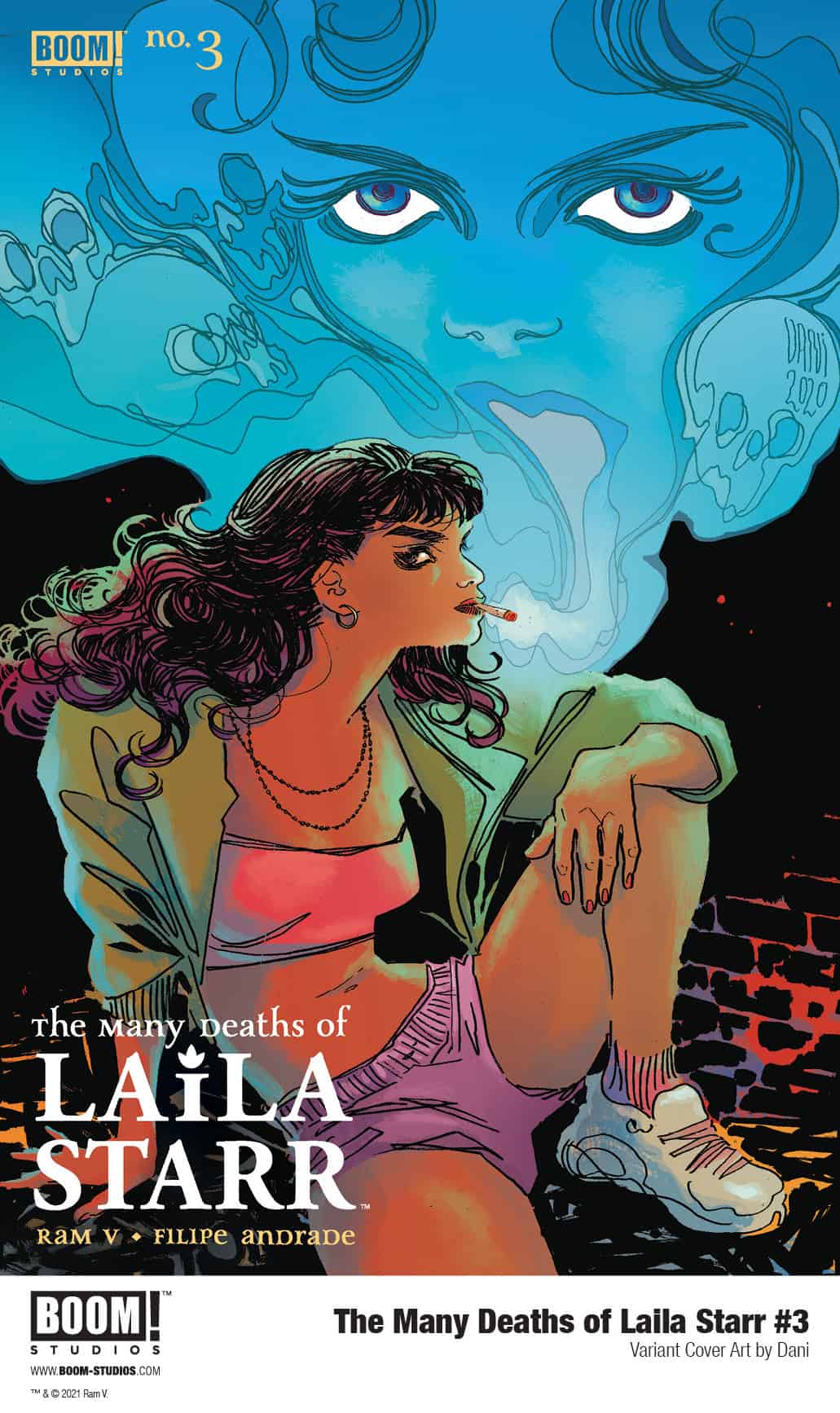 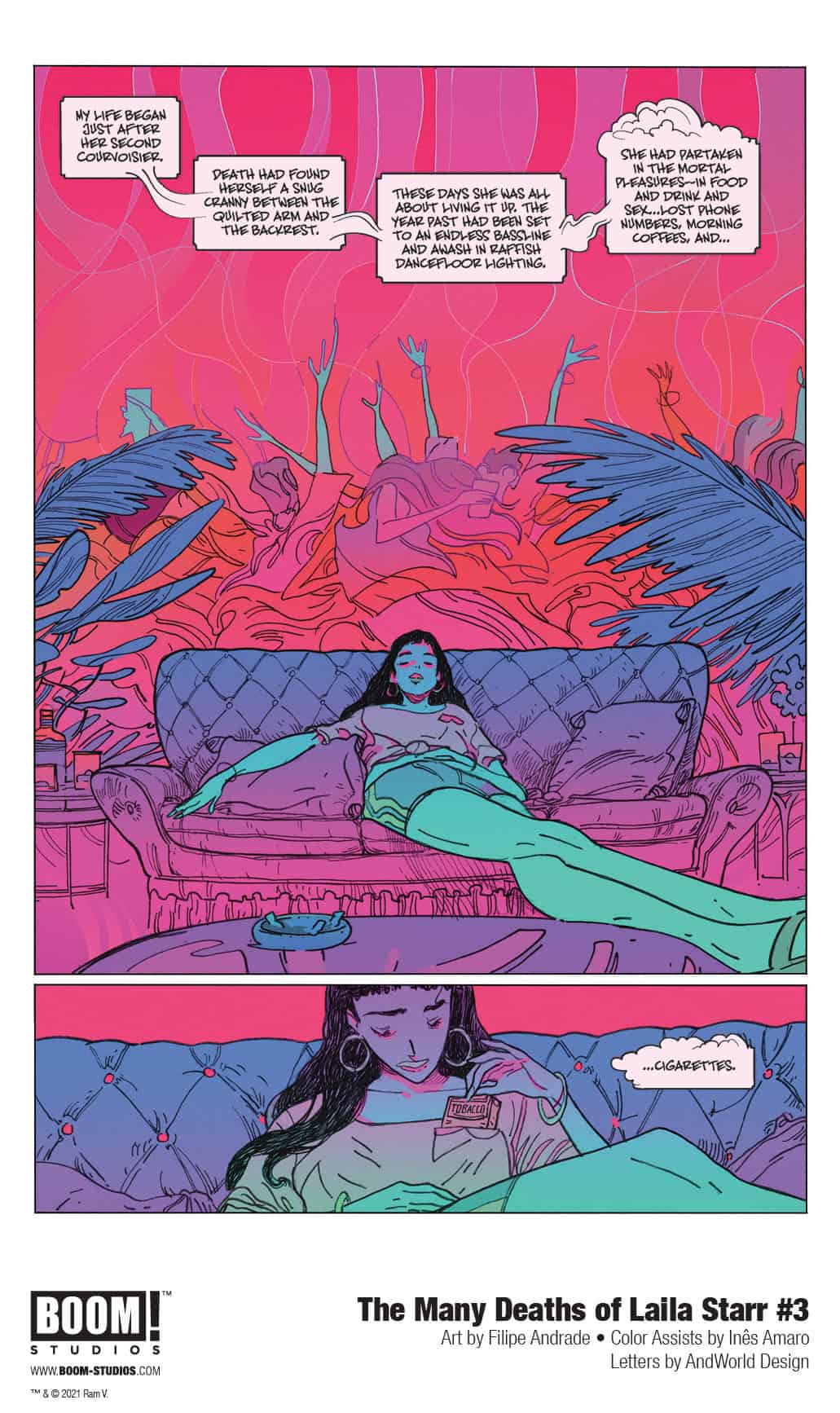 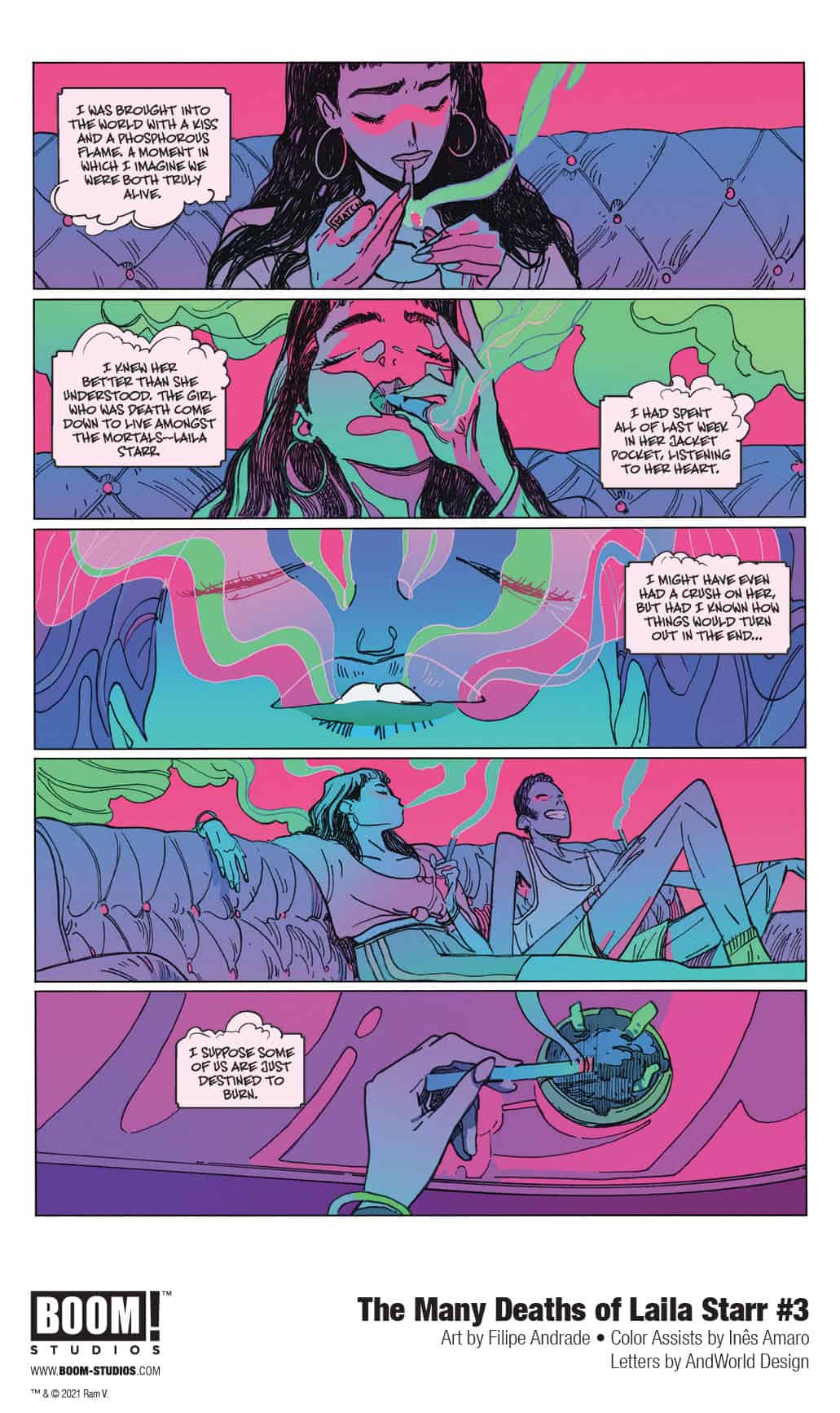 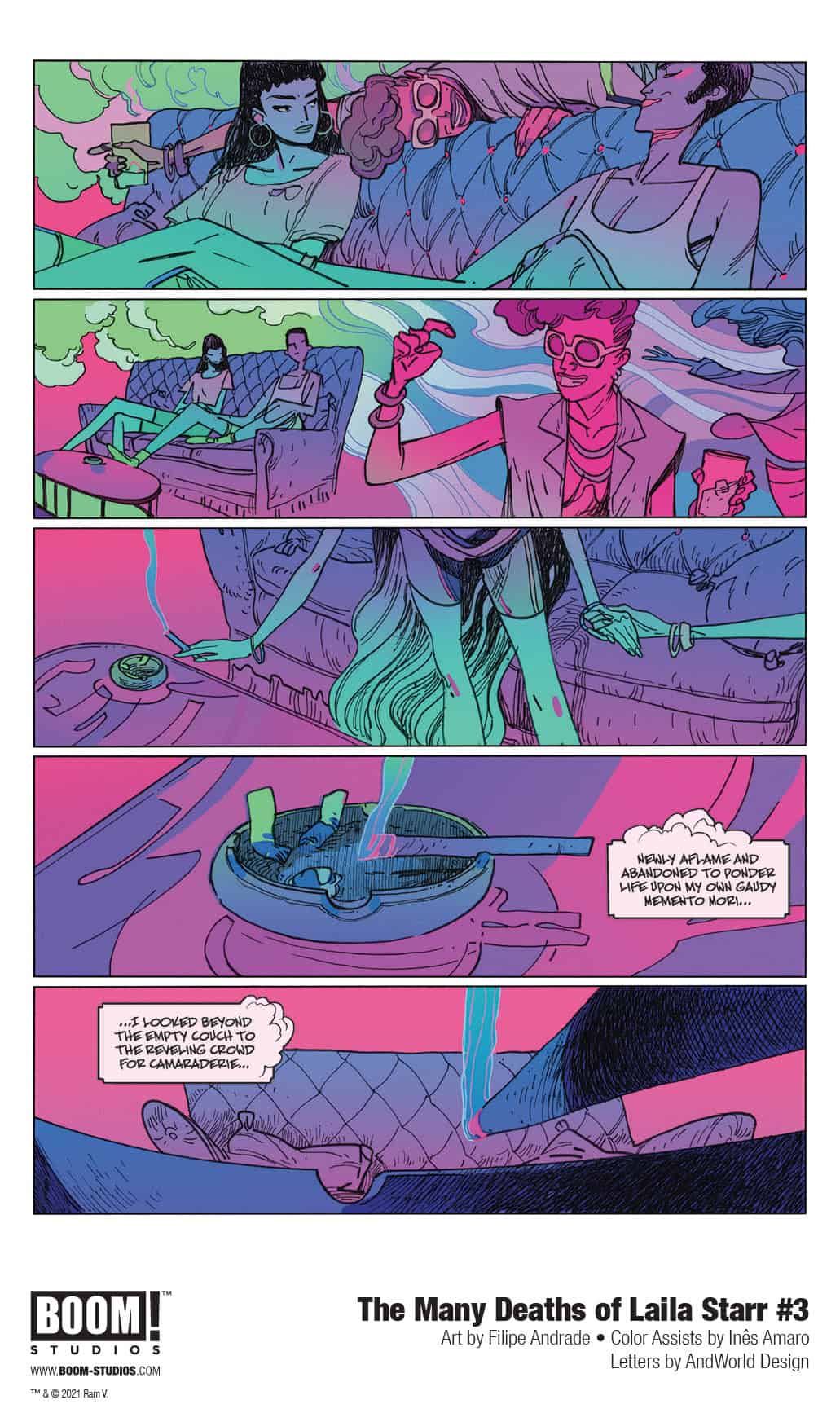 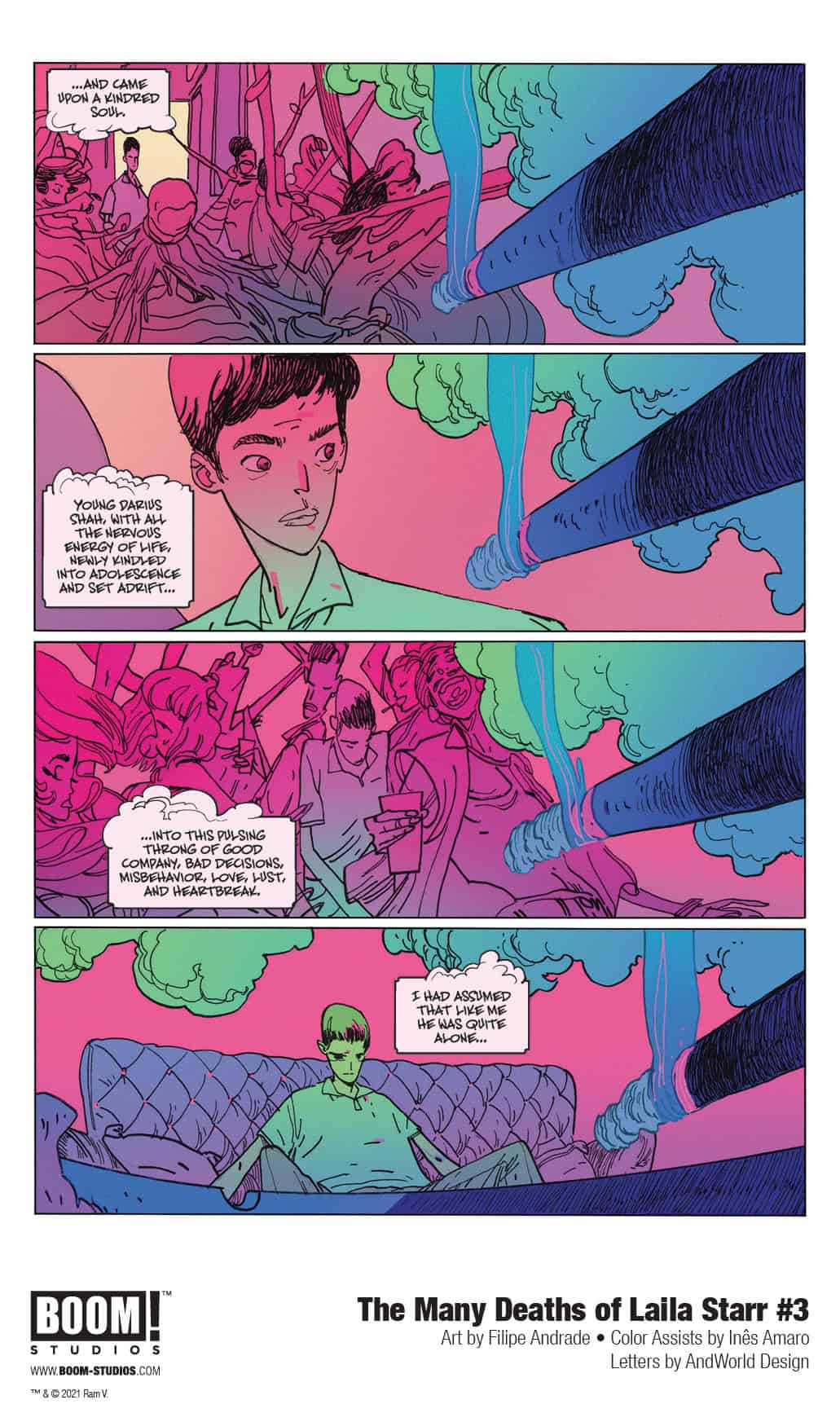 THE MANY DEATHS OF LAILA STARR #3 will be available for sale on June 16, 2021, exclusively at local comic book shops (use comicshoplocator.com to find the nearest one) or at the BOOM! Studios webstore. Digital copies can be purchased from content providers, including ComiXology, iBooks, Google Play, and Kindle.