NEWS WATCH: BOOM! STUDIOS Releases the First Look at MAGIC: THE HIDDEN PLANESWALKER out in April 2022

While our heroes may have defeated one of the many dangers throughout the multiverse, the powerful Necromancer Liliana Vess is left to return to her new home as a professor at the greatest college of magic in the multiverse. But she doesn’t return alone. Sensing the presence of a distant planeswalker calling for help… one with the power to save or destroy entire planes puts her on a collision course with the diabolical machinations of Tezzeret, the Master of Metal…

“I’m thrilled to bring a brand new chapter of Magic comics to life in all its twisted glory with THE HIDDEN PLANESWALKER. Professor Vess is waiting for you, and she doesn’t like to be disappointed.” 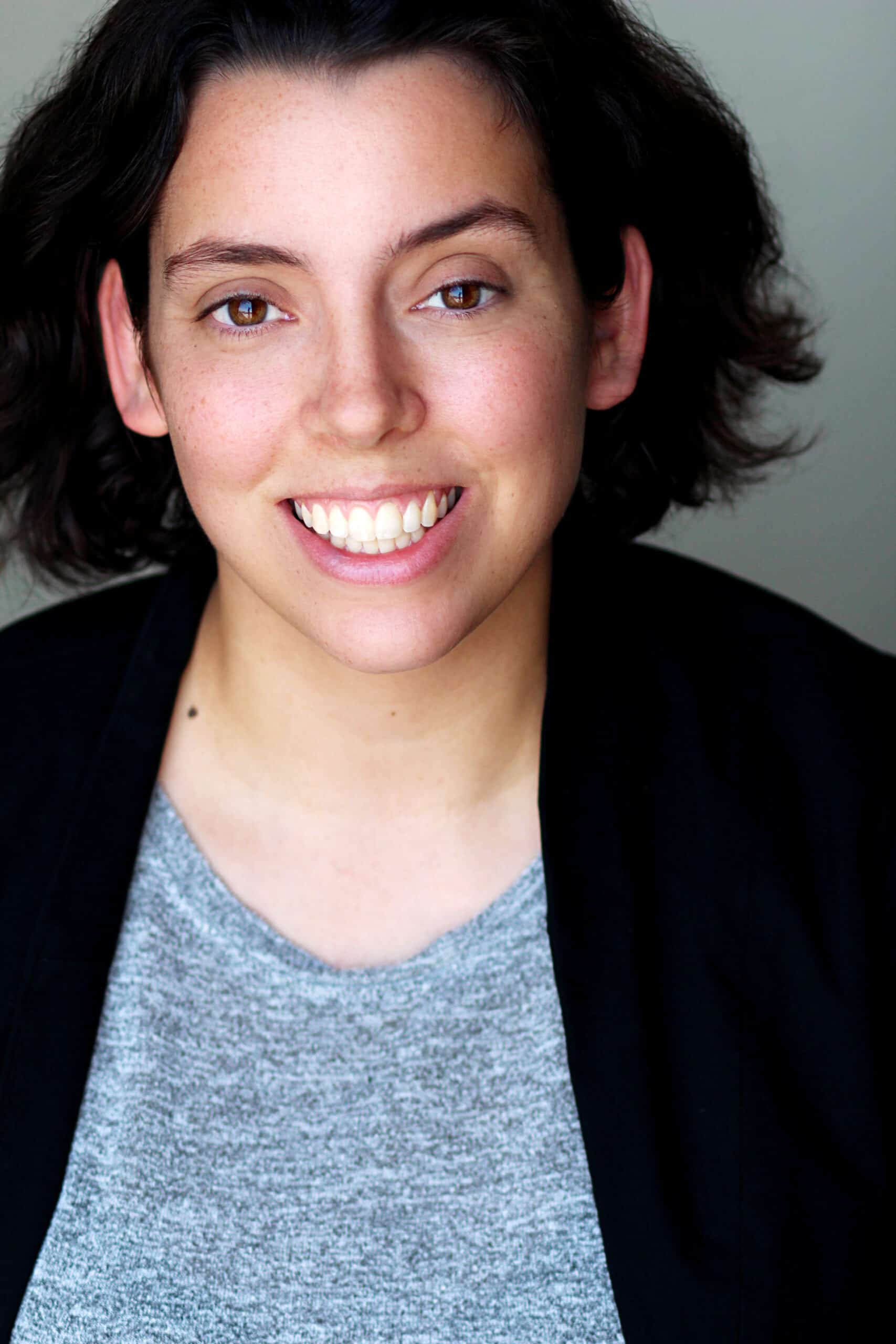 Fabiana Mascolo is a visual artist based in Rome who has been working in the comics industry since 2015, collaborating with companies such as BOOM! Studios, Dark Horse, Èdtions Soleil, Sergio Bonelli Editore, and more. Her recent publications include Firefly: Brand New Verse and Yasmeen.

“As a fan of the game, it’s such a pleasure and honour to work on an all-new Magic comic book series! I genuinely cannot wait for the readers to find out more about this story and the mysterious HIDDEN PLANESWALKER.” 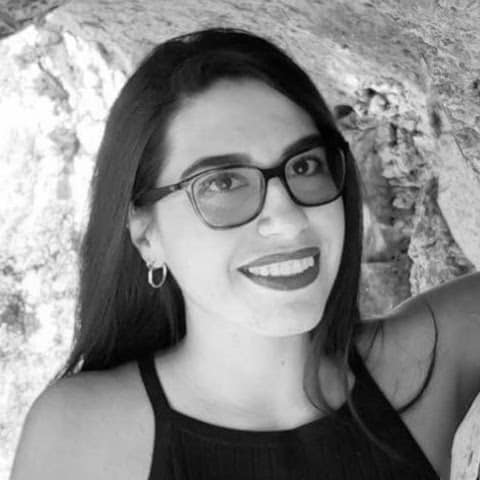 “Liliana is everything you could want an ageless necromancer to be: tragic, powerful yet wounded, and drop-dead gorgeous. She’s seen more of the multiverse than almost any other Magic character, so she’s an excellent guide for a story that starts with familiar faces and planes, and ends on the other side of new discoveries. Mairghread, Fabiana, and Ed are the perfect team to send Liliana on this journey that will surprise and satisfy the Death Mage’s longtime fans, and no doubt make a bunch of new ones.” 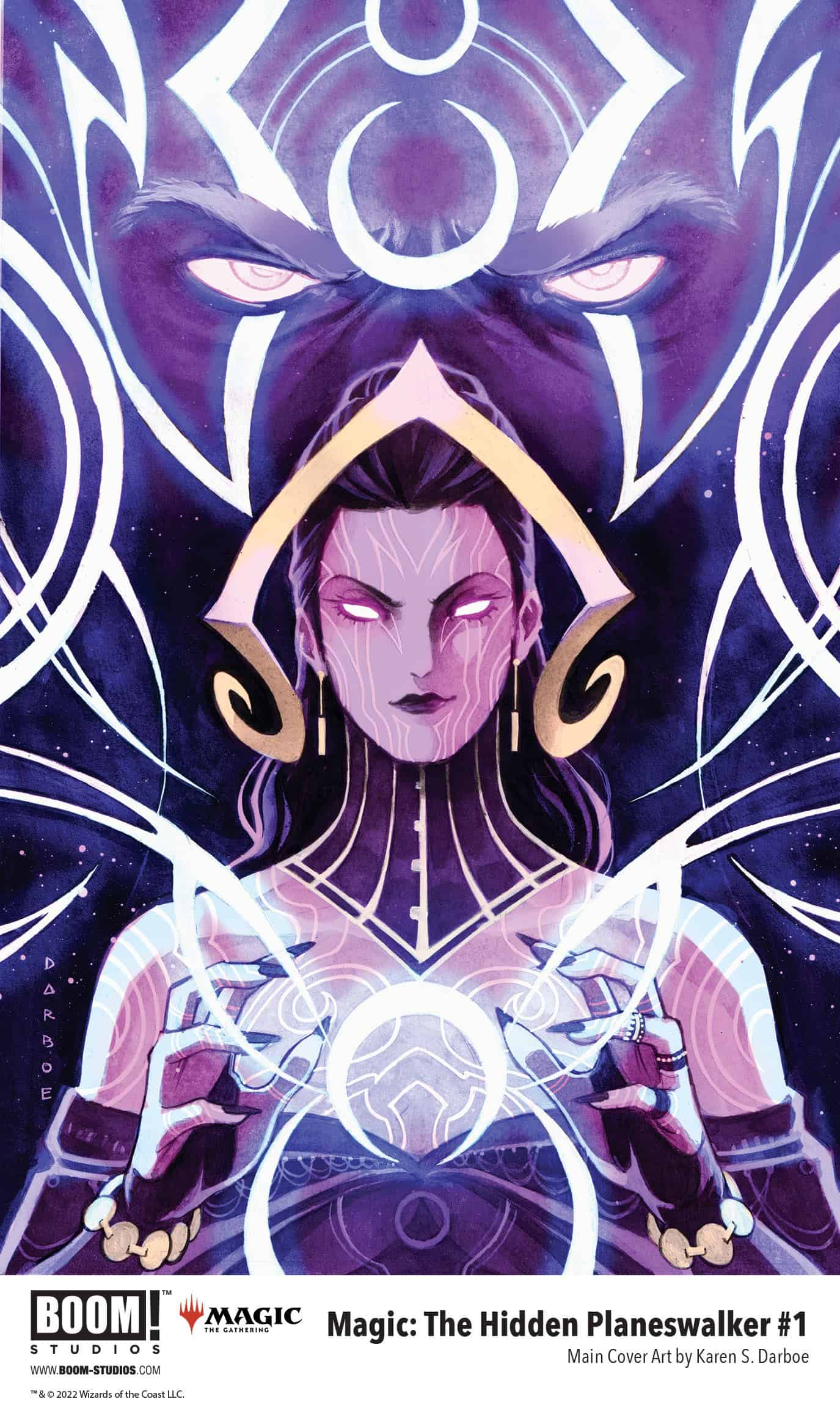 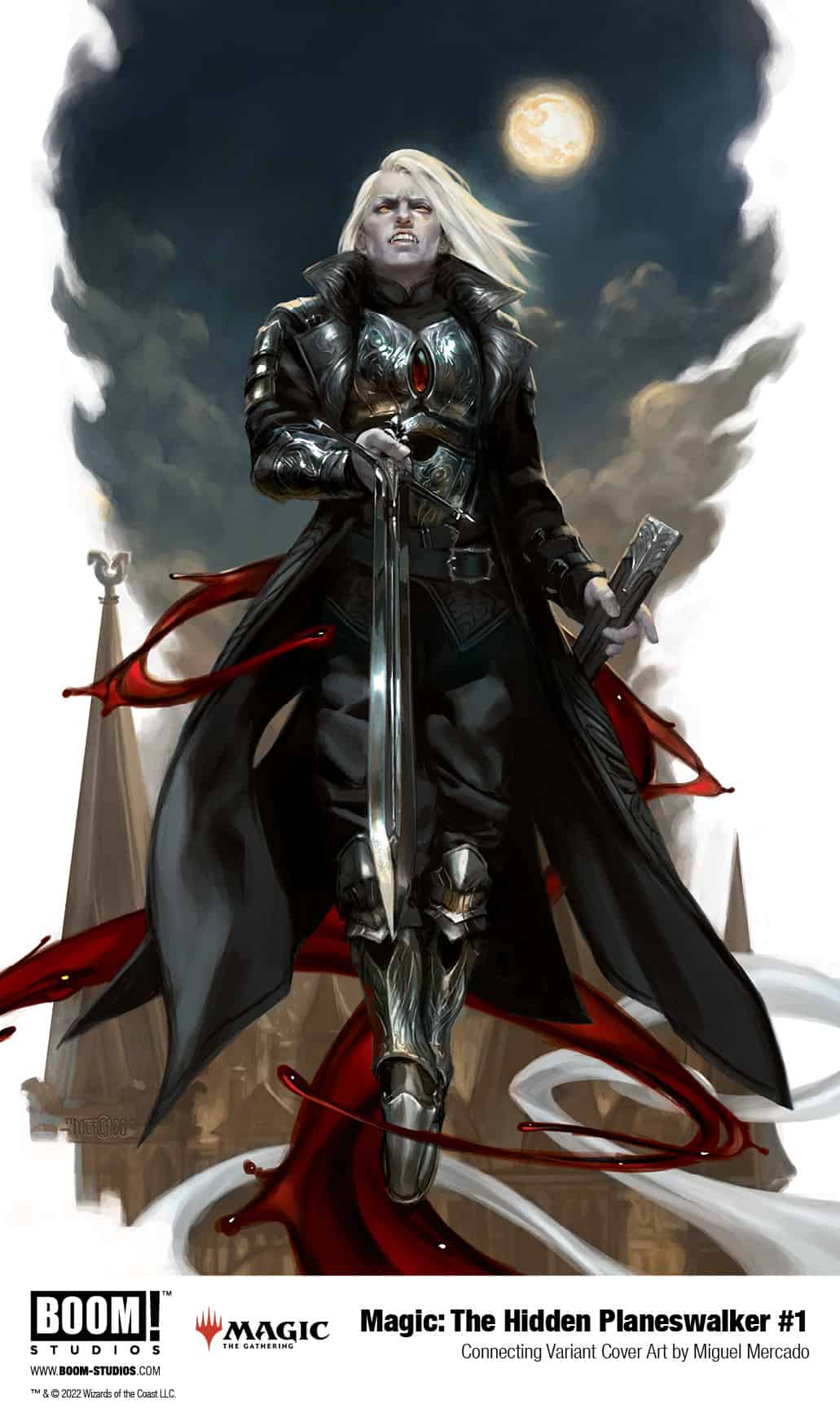 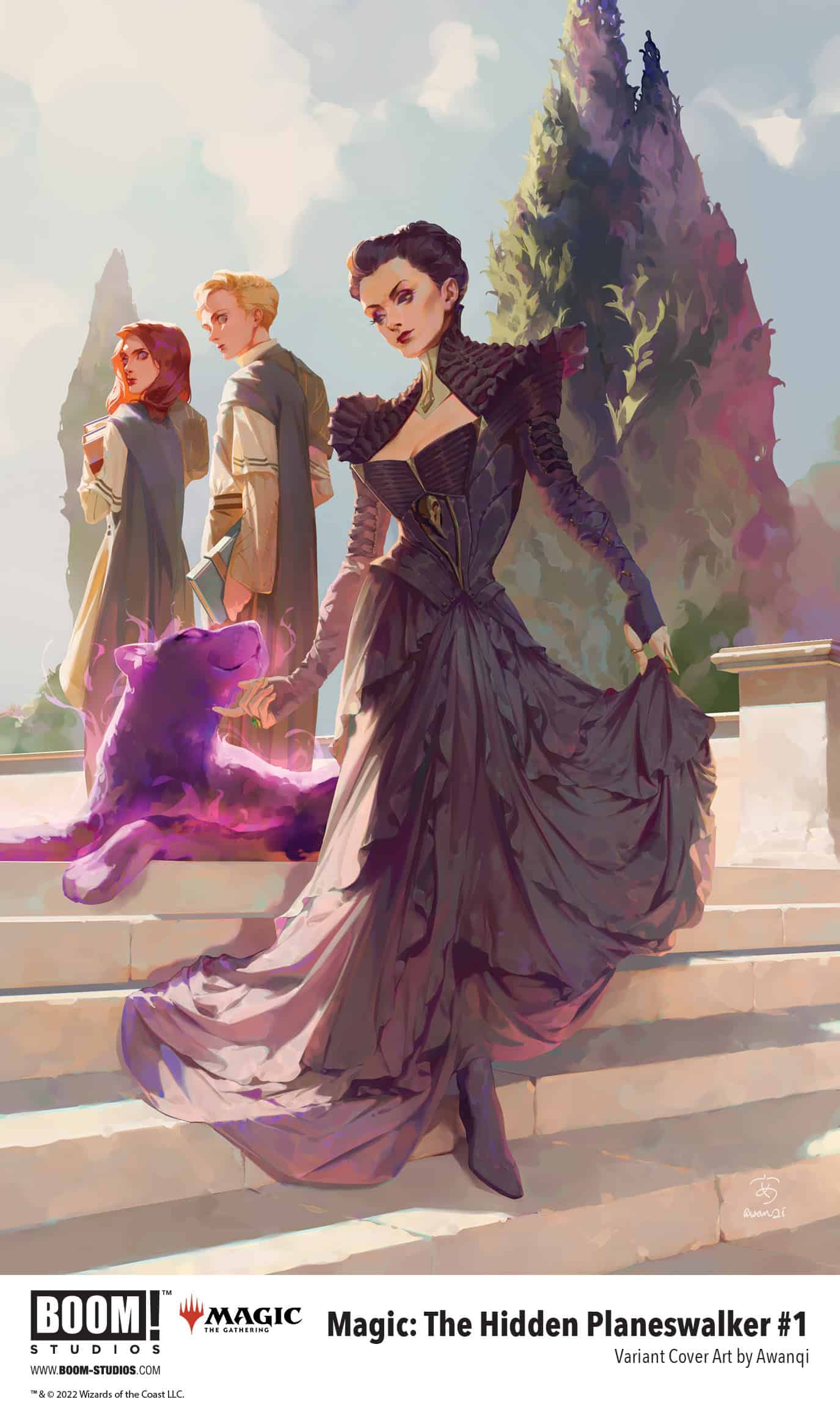 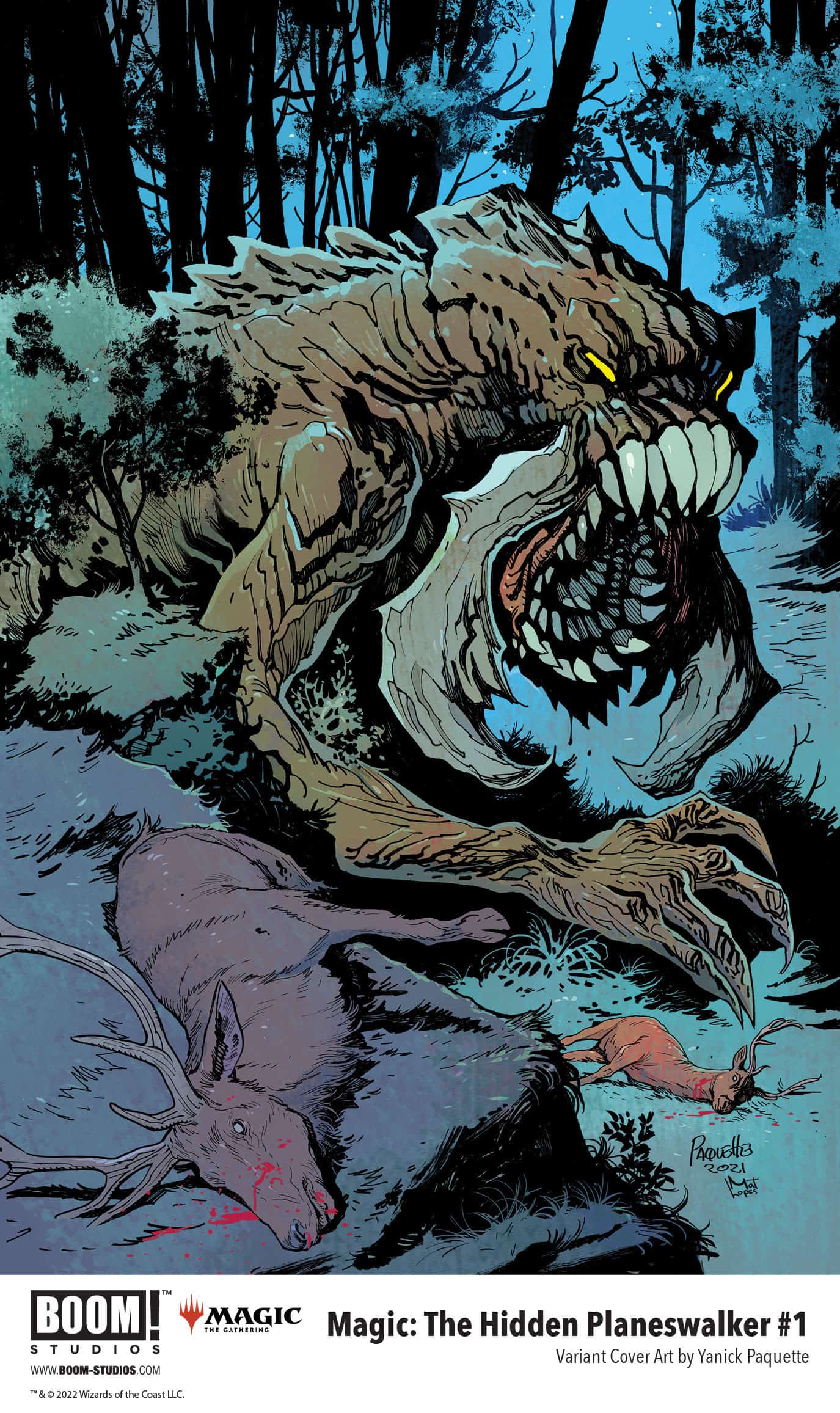 Print copies of MAGIC: THE HIDDEN PLANESWALKER #1 will be available for sale in April 2022 exclusively at local comic book shops (use comicshoplocator.com to find the nearest one) or at the BOOM! Studios webstore. Digital copies can be purchased from content providers, including ComiXology, iBooks, Google Play, and Kindle.

NEWS WATCH: BOOM! STUDIOS Releases the First Look at MAGIC: THE HIDDEN PLANESWALKER out in April 2022