NEWS WATCH: BOOM! STUDIOS Shares First Look at SOMETHING IS KILLING THE CHILDREN #27

BOOM! Studios has shared a first look at Something is Killing the Children #27 from writer James Tyion IV, artist Werther Dell’Edera, colorist Miquel Muerto, and letterer AndWorld Design. The issue is set to go on sale December 21, and features a main cover from Dell’Edera, with variants from Dan Mora and Ariel Olivetti.

The first look and a synopsis for the issue can be seen below:

Leaving death and tragedy in her wake and burdened by grief, Erica hunts for the terrifying Duplicitype. With nothing left to lose and seemingly no one in her corner, Erica is faced with a choice to reach out to an unexpected source of help, or find herself dealing with both a monster and her human enemies alone… 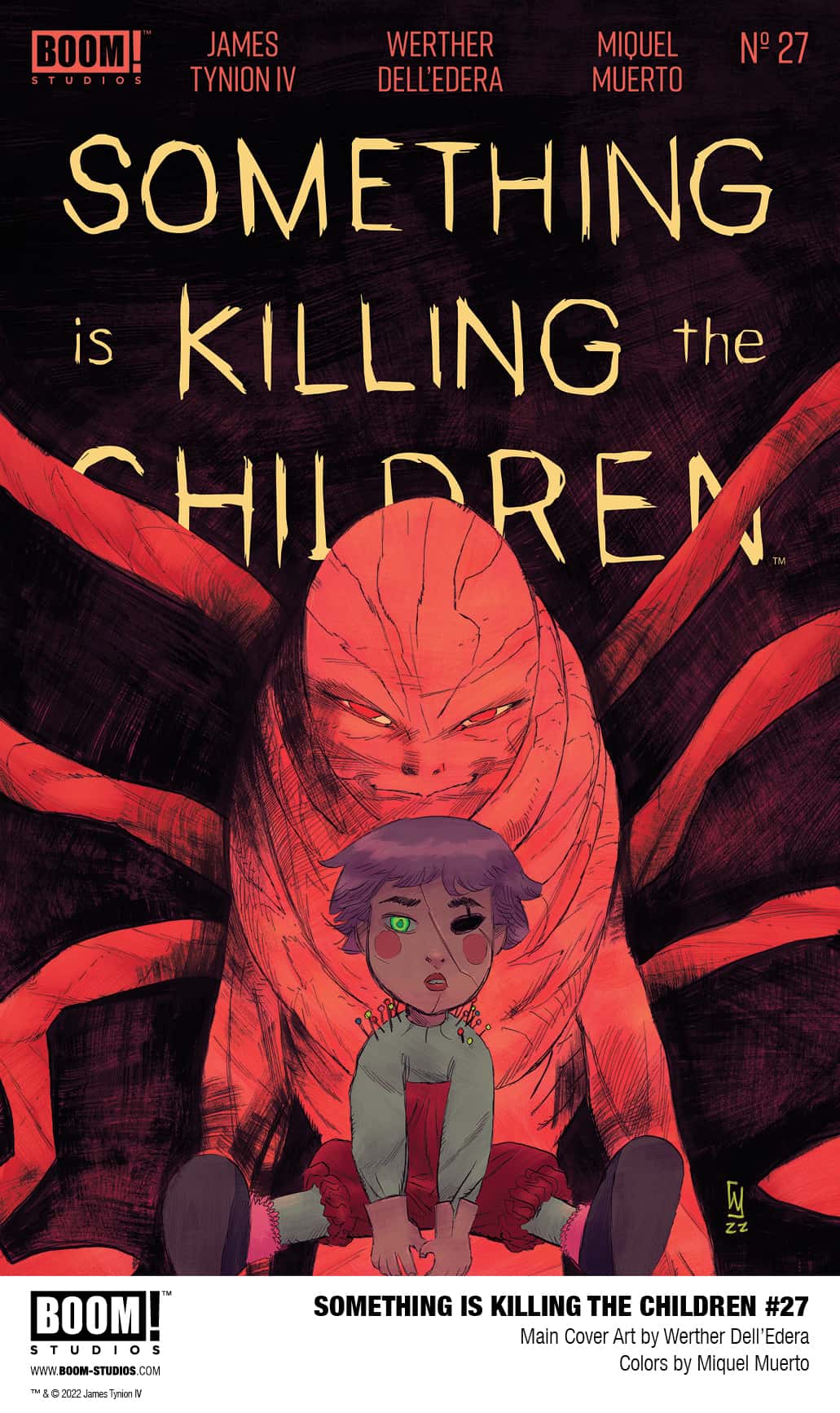 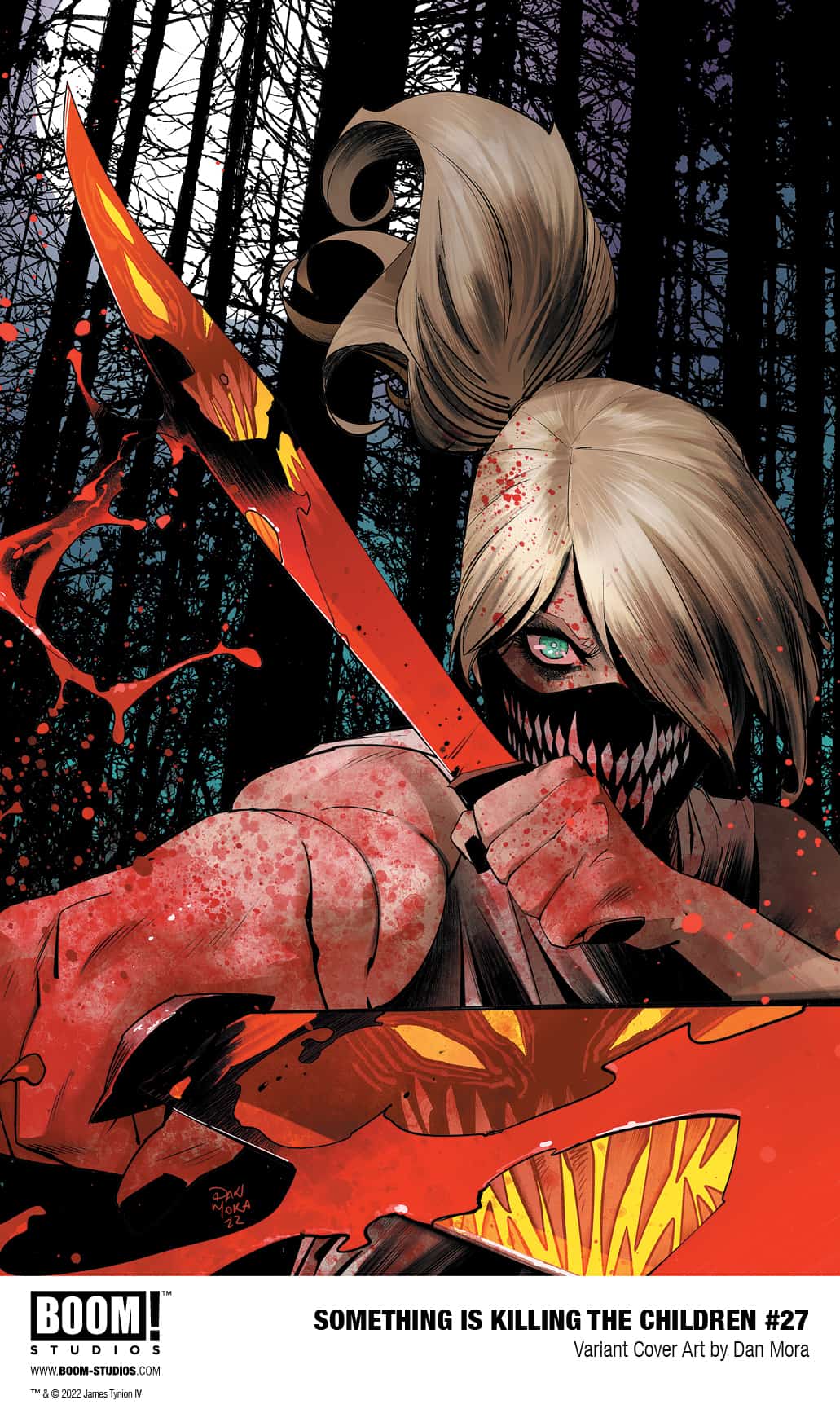 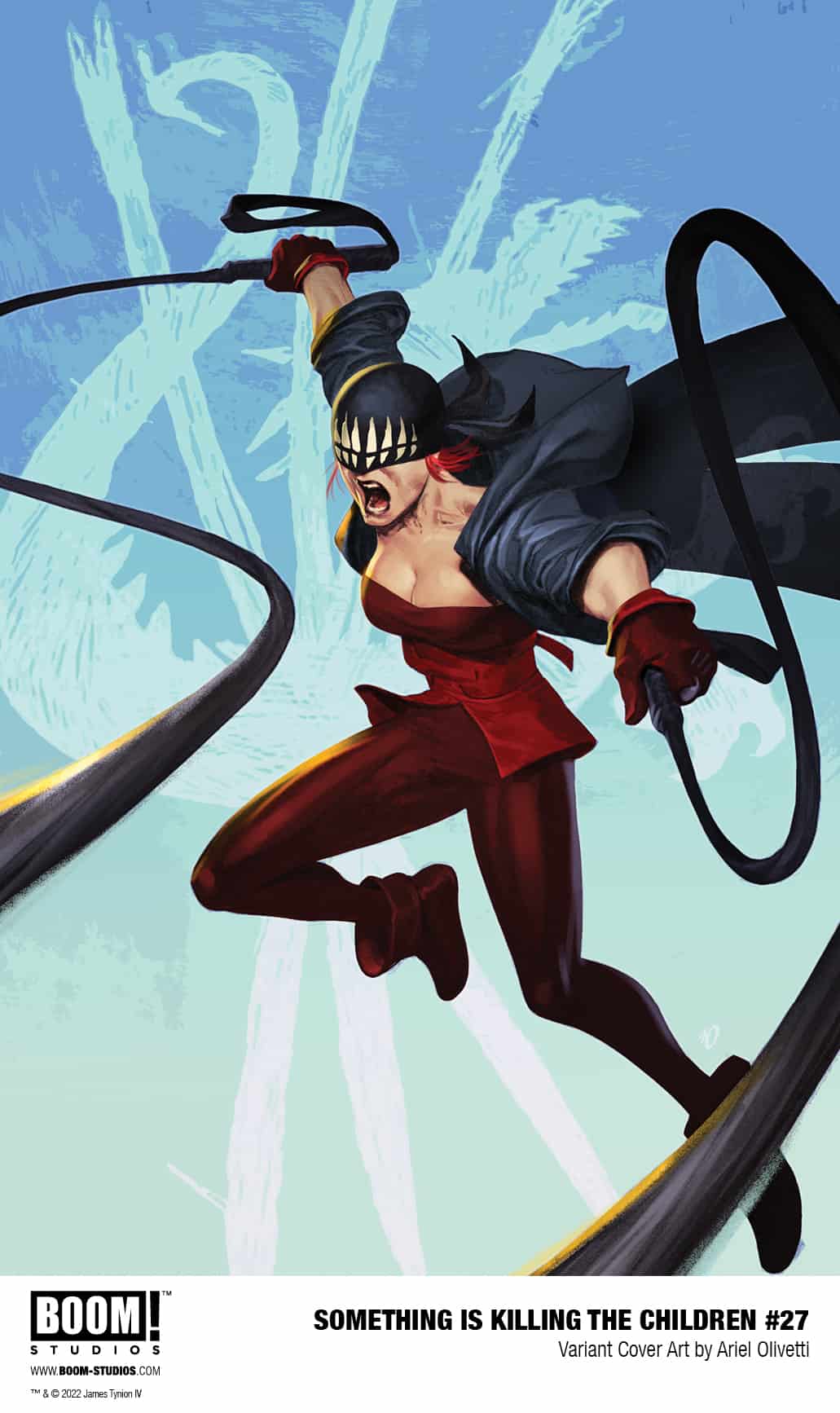 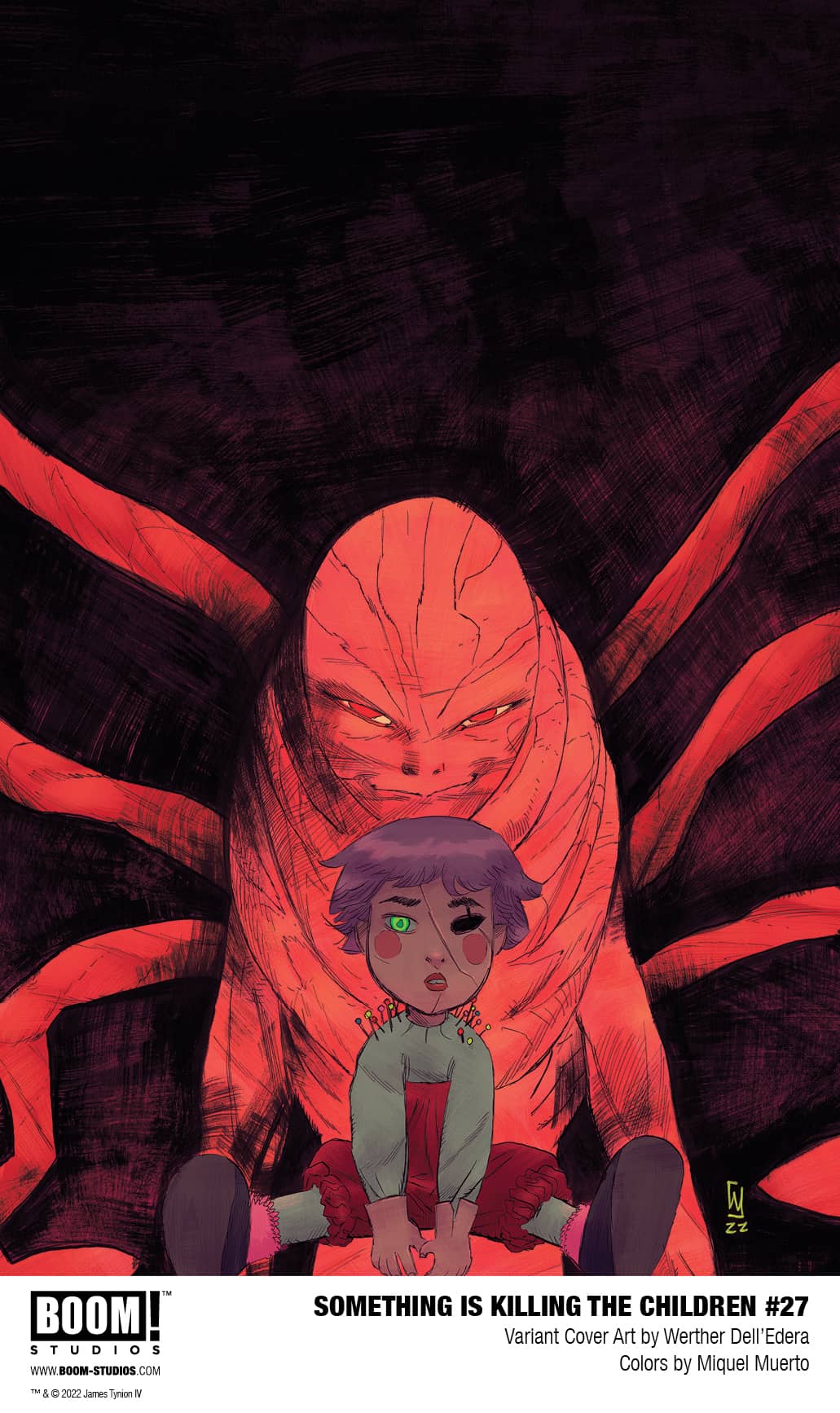 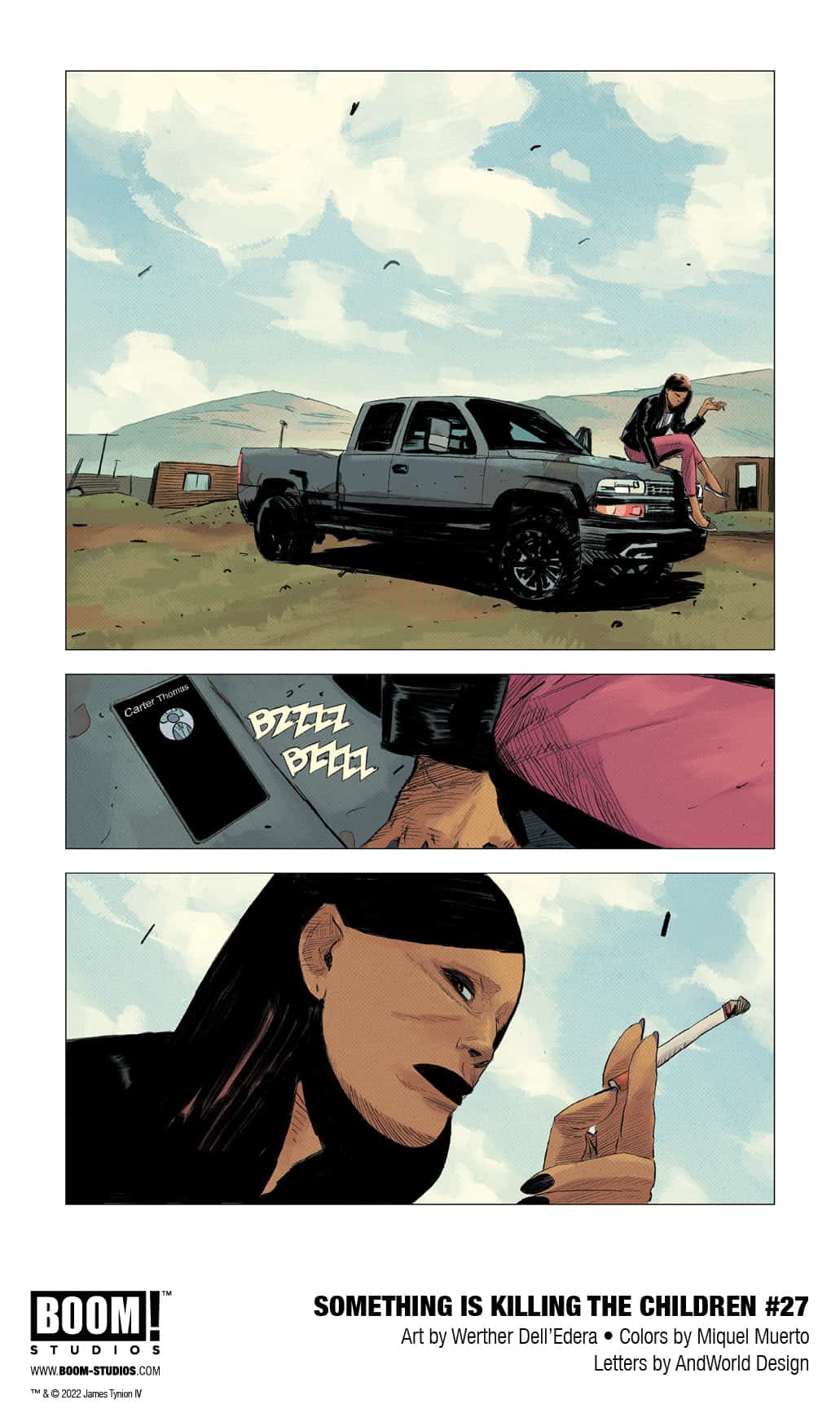 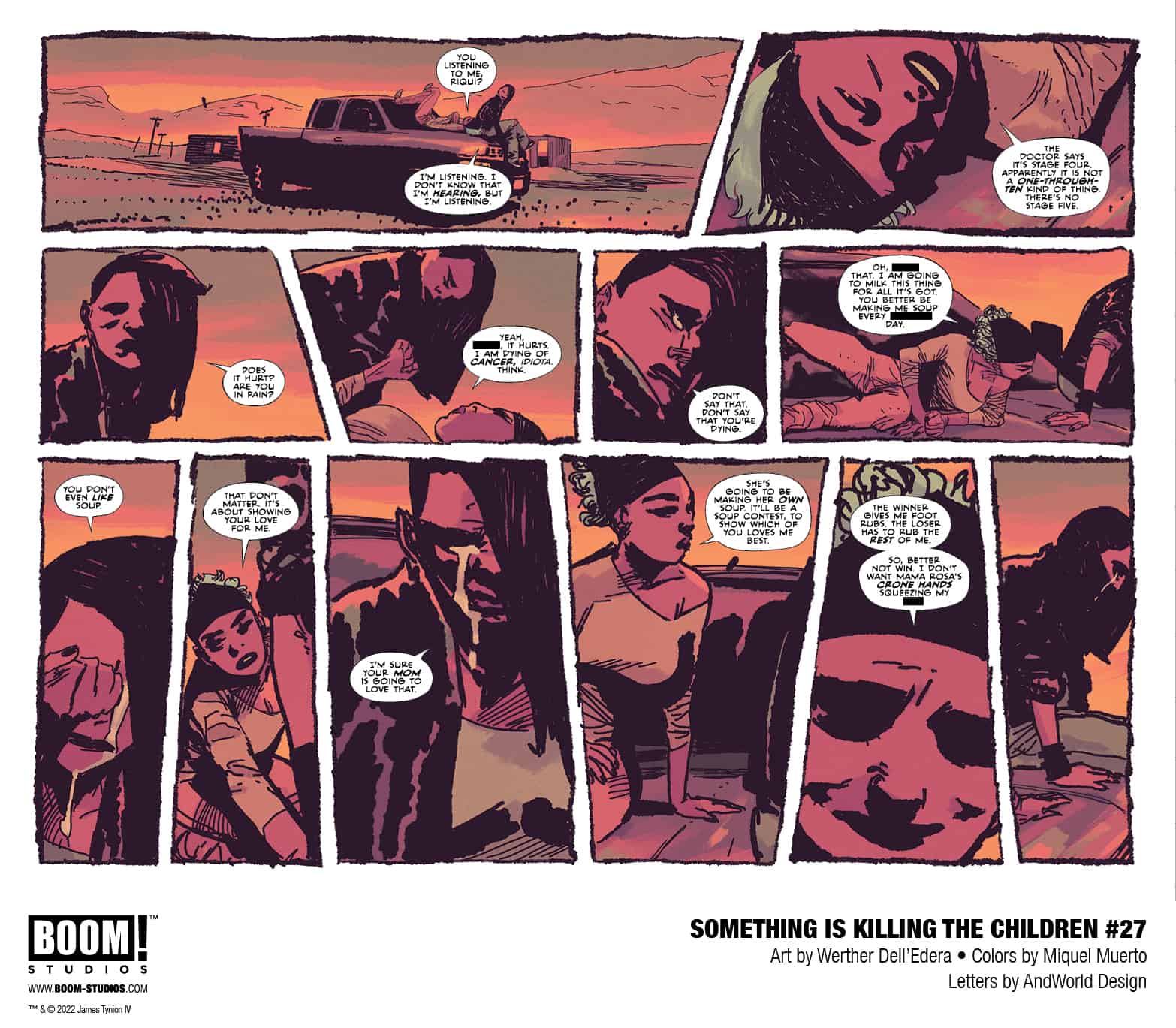 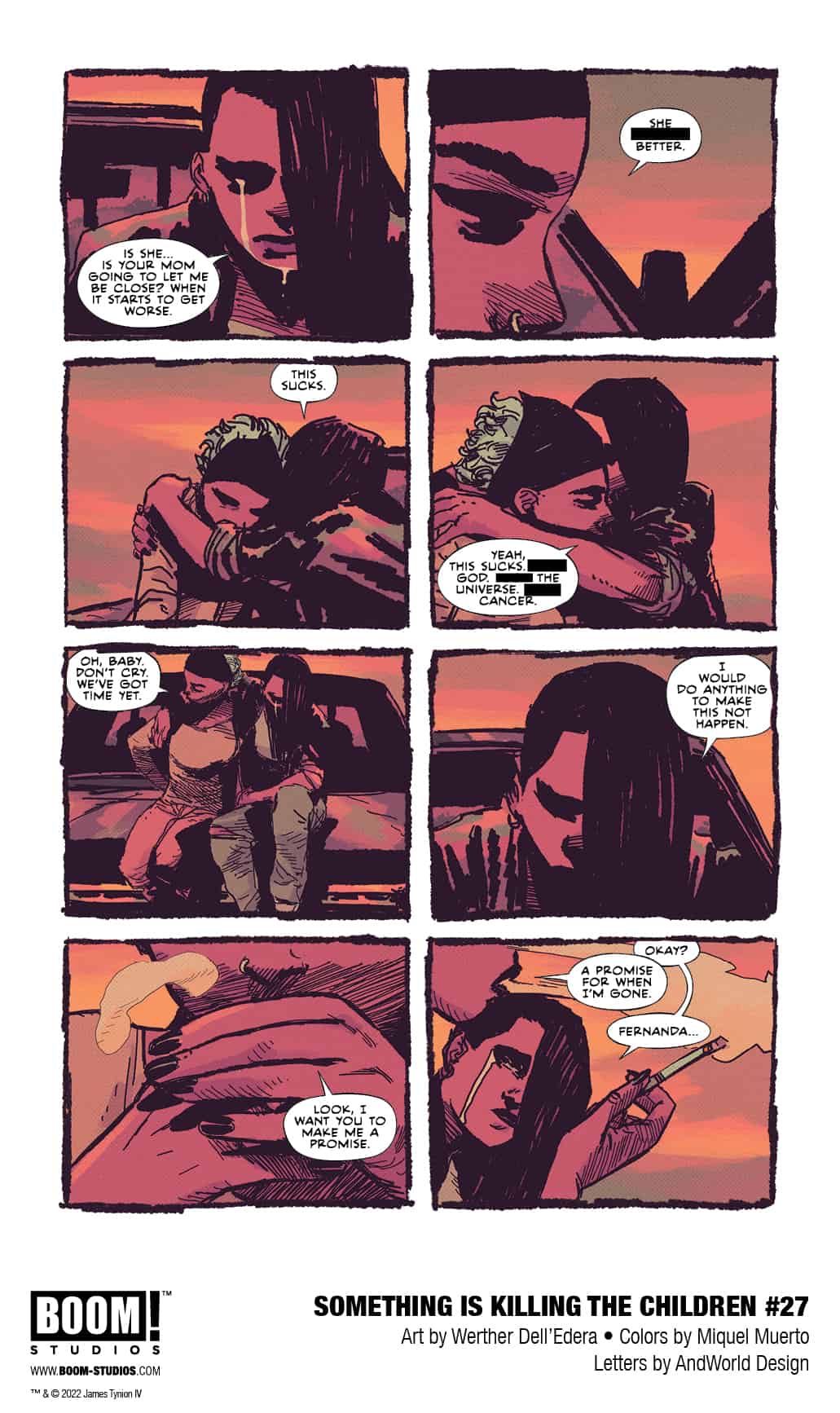 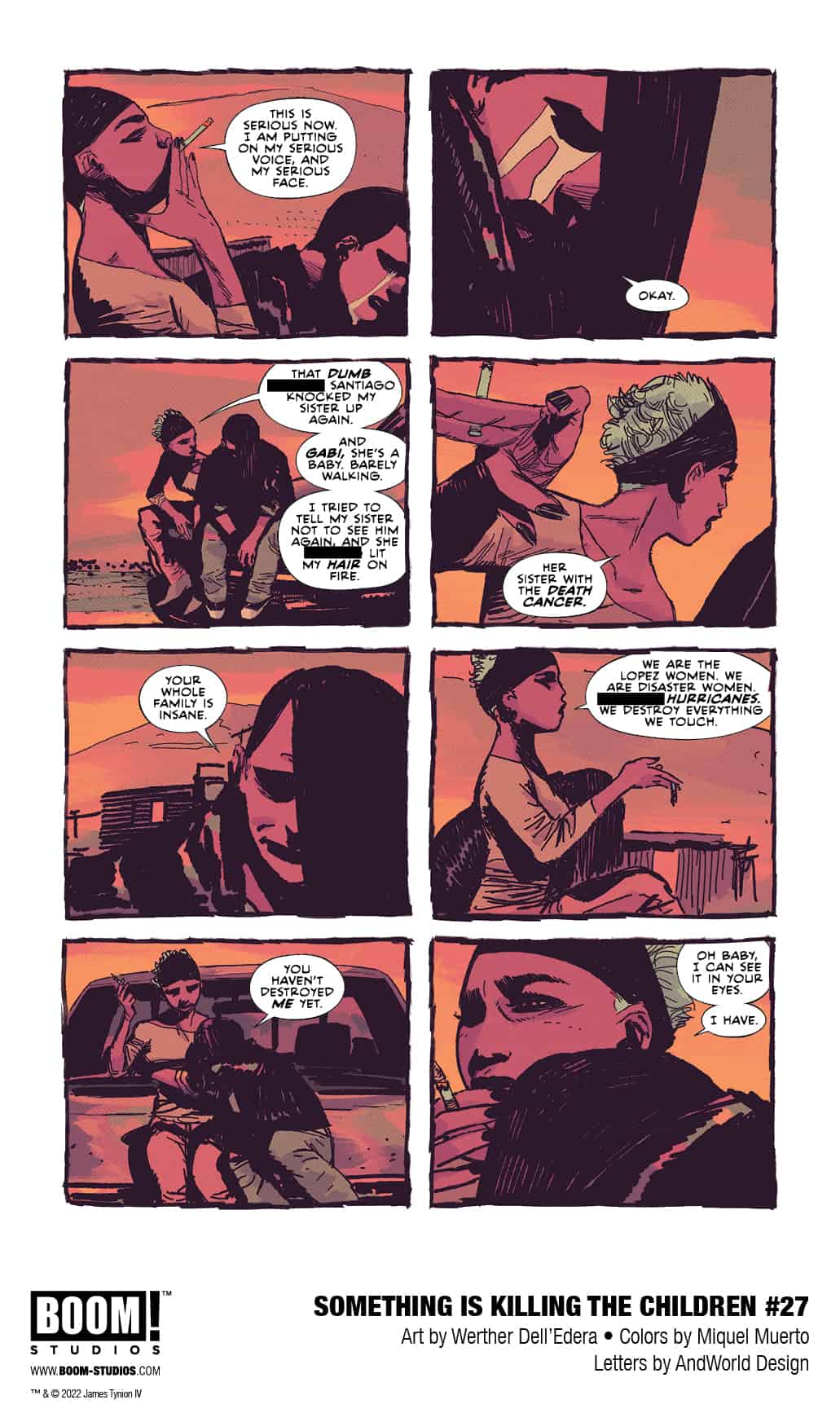 Print copies of Something is Killing the Children #27 will be available for sale on December 21, 2022 exclusively at local comic book shops or at the BOOM! Studios webstore. Digital copies can be purchased from content providers, including comiXology, iBooks, Google Play, and Kindle.

NEWS WATCH: BOOM! STUDIOS Shares First Look at SOMETHING IS KILLING THE CHILDREN #27