“With Clementine, beloved cartoonist Tillie Walden blows open the WALKING DEAD universe with a story full of blossoming relationships in the shadow of wintery death. It’s ominous and magical and will have you craving more when the final page turns.”
—Chip Zdarsky, Daredevil, Stillwater

“Clementine is an arresting exploration of trauma, community, and hope, devastatingly rendered in Tillie Walden’s signature style. A triumph of the zombie genre.”
—Shannon Watters, Lumberjanes

Today Image/Skybound debuted a captivating new trailer for the upcoming Skybound Comet release Clementine Book One, the new Young Adult graphic novel from award-winning writer/artist Tillie Walden (Spinning, On A Sunbeam) that begins a trilogy set in the world of Robert Kirkman’s The Walking Dead.

The trailer grants an all-new sneak preview of Clementine on a perilous journey as she discovers new allies, new rivals, and new love in this coming-of-age story. Even in the apocalypse, Clementine and her comrades may just find that there is no greater threat to their survival than each other.

You can view the trailer right here.

It’s a new beginning for Clementine, the star of the bestselling video game franchise TELLTALE’S THE WALKING DEAD, in Clementine Book One, as she’s back on the road, looking to put her traumatic past behind her and forge a new path all her own. But when she comes across an Amish teenager named Amos, the unlikely pair journeys north to an abandoned ski resort in Vermont, where they meet up with a small group of teenagers attempting to build a new, walker-free settlement. As friendship, rivalry, and romance begin to blossom amongst the group, the harsh winter soon reveals that the biggest threat to their survival…might be each other.

Clementine Book One (Diamond Code MAY218587, ISBN: 978-1-5343-2128-1) will be available at? comic book shops ?and digital platforms including Amazon Kindle, Apple Books, and Google Play on Wednesday, June 22 and everywhere books are sold on Tuesday, June 28. 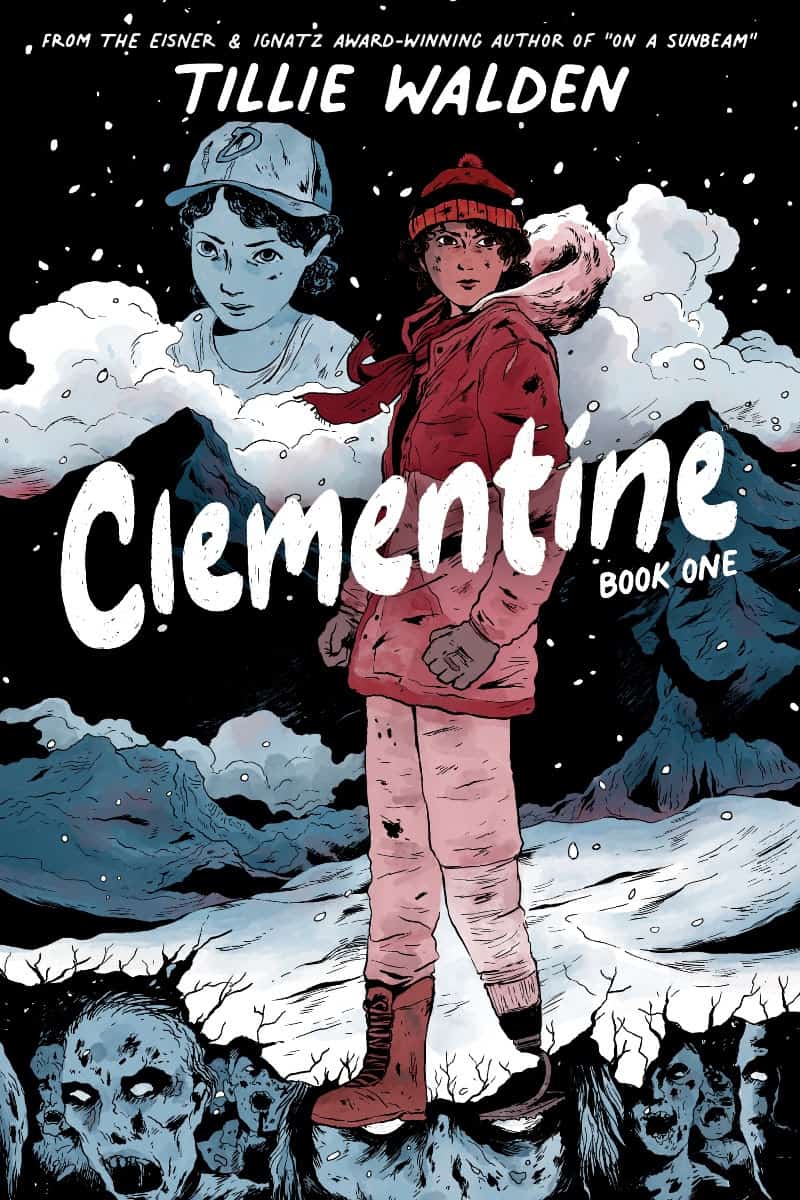