Image Comics has announced the return of multiple award winning, bestselling series Saga by Brian K. Vaughan and Fiona Staples to shelves. The long anticipated Saga #55 issue will kick off a new story arc and land in stores on Wednesday, January 26 from Image Comics. 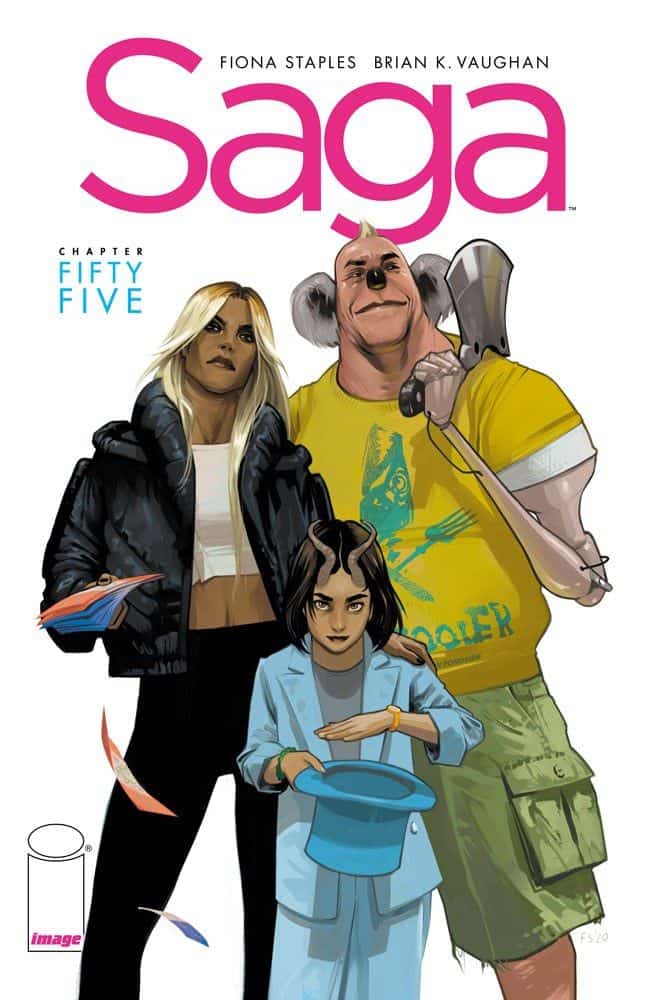 “Other than my own family, collaborating with Fiona Staples on Saga is the most important thing in my life, so I can’t thank readers and retailers enough for their patience,” said Vaughan. “I think our next 54 issues will be even more shocking, strange, and spectacular than the first 54, so we can’t wait to be back on the shelves at your local comic shop soon.”

Staples added: “I’ve really missed connecting with readers through the pages of Saga, so I’m thrilled to roll up my sleeves and dive into this world again. The next arc is already going places I never imagined. I’m so grateful that we’re able to keep doing this!”

At long last, Hazel and her star-crossed family are finally back! But where the hell have they been? As thanks for fans’ endless patience, the Saga team is proud to return with a double-length issue—44 pages of story for the regular $2.99 price point—without variant covers or gimmicky renumbering. Just more pulse-pounding adventure, heart-wrenching character drama, and gloriously graphic sex and violence, as Saga begins the second half of the series and the most epic chapter yet.

“Saga launched at Image during the company’s 20th anniversary in 2012, so it seems more than fitting that the series is returning to shops just in time for our 30th anniversary next year,” said Eric Stephenson, Chief Creative Officer and Publisher at Image Comics. “I can think of few better ways to celebrate what Image is all about than by welcoming back one of the most incredible storytelling teams in comics history as they embark on the second half of a true epic-in-the-making.”

Saga #55 (Diamond Code NOV210030) will be available at comic book shops on Wednesday, January 26. Image projects the demand for the issue will be high and encourages fans to contact their local comic shop right away to place their pre-orders before Monday, January 3.

Saga is available for purchase across many digital platforms, including Amazon Kindle, Apple Books, and Google Play.