Carnage, one of Marvel’s most terrifying villains, is proving to be deadlier than ever in his brand-new ongoing series by writer Ram V. and artists Francesco Manna and Rogê Antônio. Adrift and alone, the Carnage symbiote is free and ready to give in to his most sinister cravings as he unleashes his chaos on the Marvel Universe in this visceral new era. The series enters its second arc this August and fans will see just how big Carnage’s ambitions are as he heads to the realm of the Dark Elves for an enticing prize—the throne of Malekith!

The Carnage symbiote has a bloodlust unlike any other organism in the Marvel Universe. Now, its ruthless and aggressive efforts to quench that bloodlust will reach new and never before seen heights. But what in the Hel is Carnage up to, and what will it do to anyone who gets in its way?!

Check out Kendrick “Kunkka” Lim’s latest gorgeously terrifying CARNAGE cover below and pick up CARNAGE #6 when it arrives in August. For more information, visit Marvel.com. 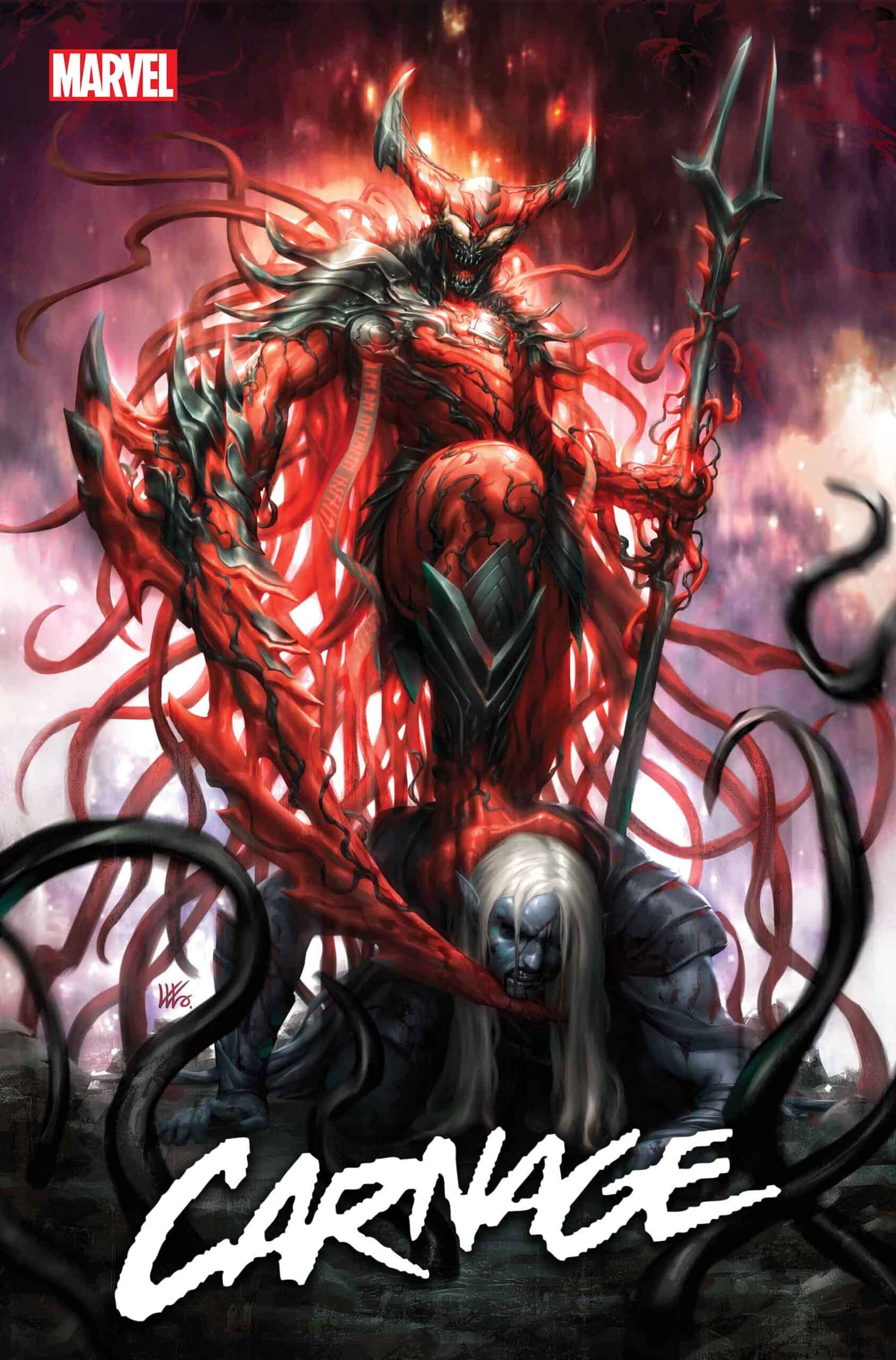