On October 29, don’t forget to visit your local participating comic shop to celebrate Halloween with a thrilling trip to the Marvel Universe in five “TRICK-OR-READ” titles! The popular retailer event is back for another year, giving fans a chance to pick up copies of best-selling comics starring some of Marvel’s hottest characters and storylines, including perfect entry points for newcomers!

Plus, each of these four issues will include an exclusive behind-the-scenes look at TIGER DIVISION, the upcoming limited series featuring Marvel’s fiercest new super hero team!

AMAZING SPIDER-MAN #88 is one of the most thrilling entries in the recently acclaimed Beyond era! The action-packed issue marks the debut of QUEEN GOBLIN, the latest addition to Spidey’s iconic rogues gallery who will soon be heating things up in a major storyline in Zeb Wells and John Romita Jr.’s current run of AMAZING SPIDER-MAN, including an appearance in DARK WEB.

MOON GIRL AND DEVIL DINOSAUR #1 presents the first appearance of Lunella Lafayette, the preteen super genius who took the Marvel Universe by storm with this critically-acclaimed series. Moon Girl’s adventures are perfect for all ages and the breakout hero is set to star ‘Marvel’s Moon Girl and Devil Dinosaur’ on the Disney Channel later this year!

STAR WARS: DOCTOR APHRA #1, the start of Doctor Aphra’s latest run by writer Alyssa Wong and artist Marika Cresta. With a new crew and new treasure to hunt down, the rogue archaeologist continues to captivate both Star Wars and Marvel Comics fans and is celebrated as the first Star Wars character created for comics to headline their own solo series!

STRANGE ACADEMY #3 opens the doors of the Marvel Universe’s first school for sorcerers to new readers! In this hit series by Skottie Young and Humberto Ramos, Doctor Strange, the Scarlet Witch, Magik, and all your favorite Marvel mages establish an academy for the mystic arts where young magic users from around the world are brought together to study. This hit issue spotlights one of the breakout students of the spellbinding cast of new characters– DOYLE DORMAMMU!

And after the success of Free Comic Book Day 2022’s SPIDEY AND HIS AMAZING FRIENDS comic, this year’s MARVEL HALLOWEEN TRICK-OR-READ will also give young readers a chance to enjoy a new collection of Spidey adventures! In HALLOWEEN TRICK-OR-READ 2022: SPIDEY AND HIS AMAZING FRIENDS #1, swing into adventure with Spidey, Ghost-Spider, and Miles as they face Green Goblin, Doc Ock, and more in this spectacular special filled with all new stories from MY FIRST COMIC READER. This easy-to-read comic book is perfect for young Spidey fans ages 5-7, and even contains some action-packed activity pages! Filled with TRICKS and TREATS, kids will love this not-to-be-missed sampler!

Be sure to check with your local comic shop to see if they’ll be participating in this year’s Halloween event and get spooky with Marvel Comics this season with this incredible comics! For more information, visit Marvel.com. 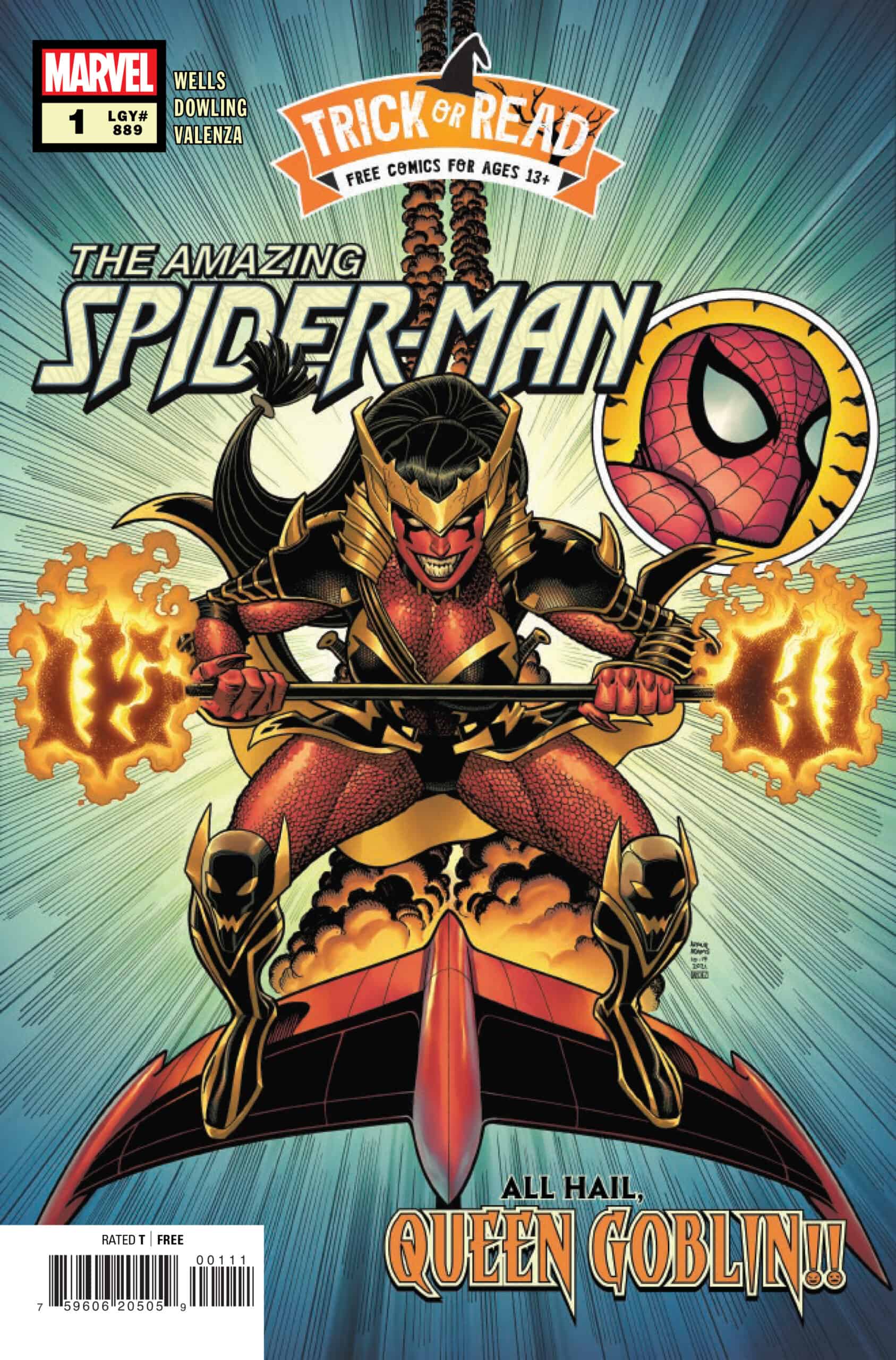 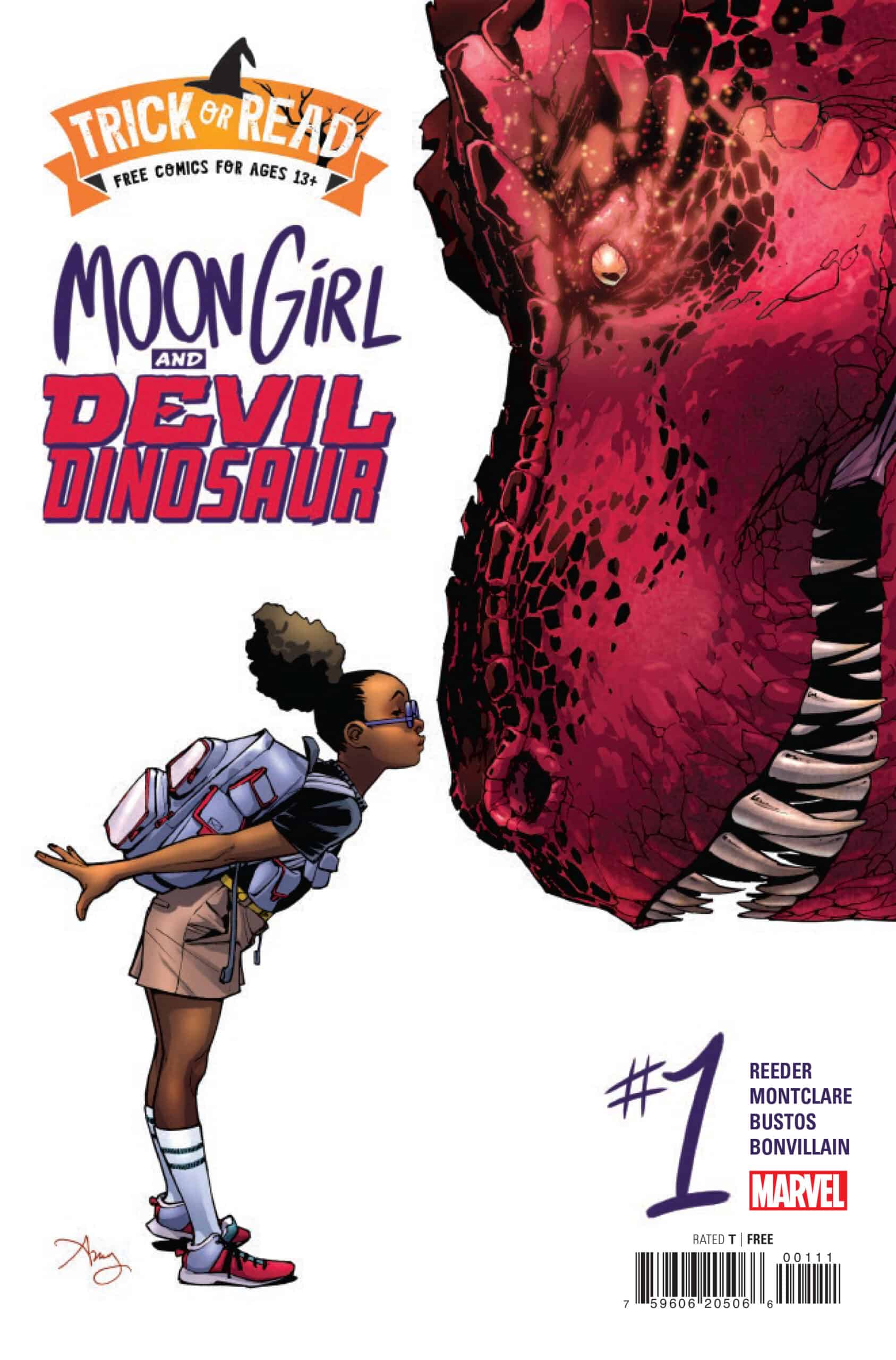 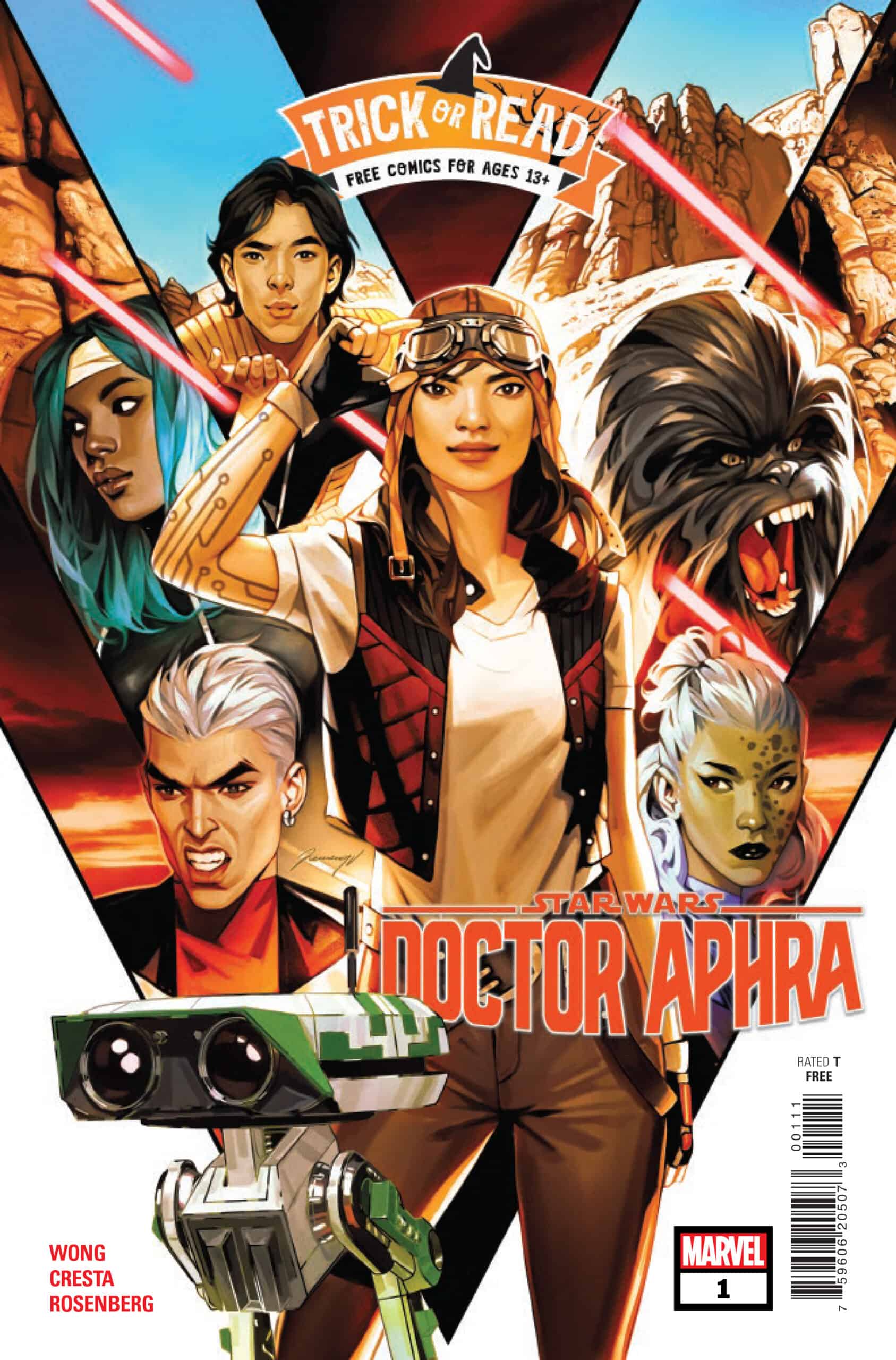 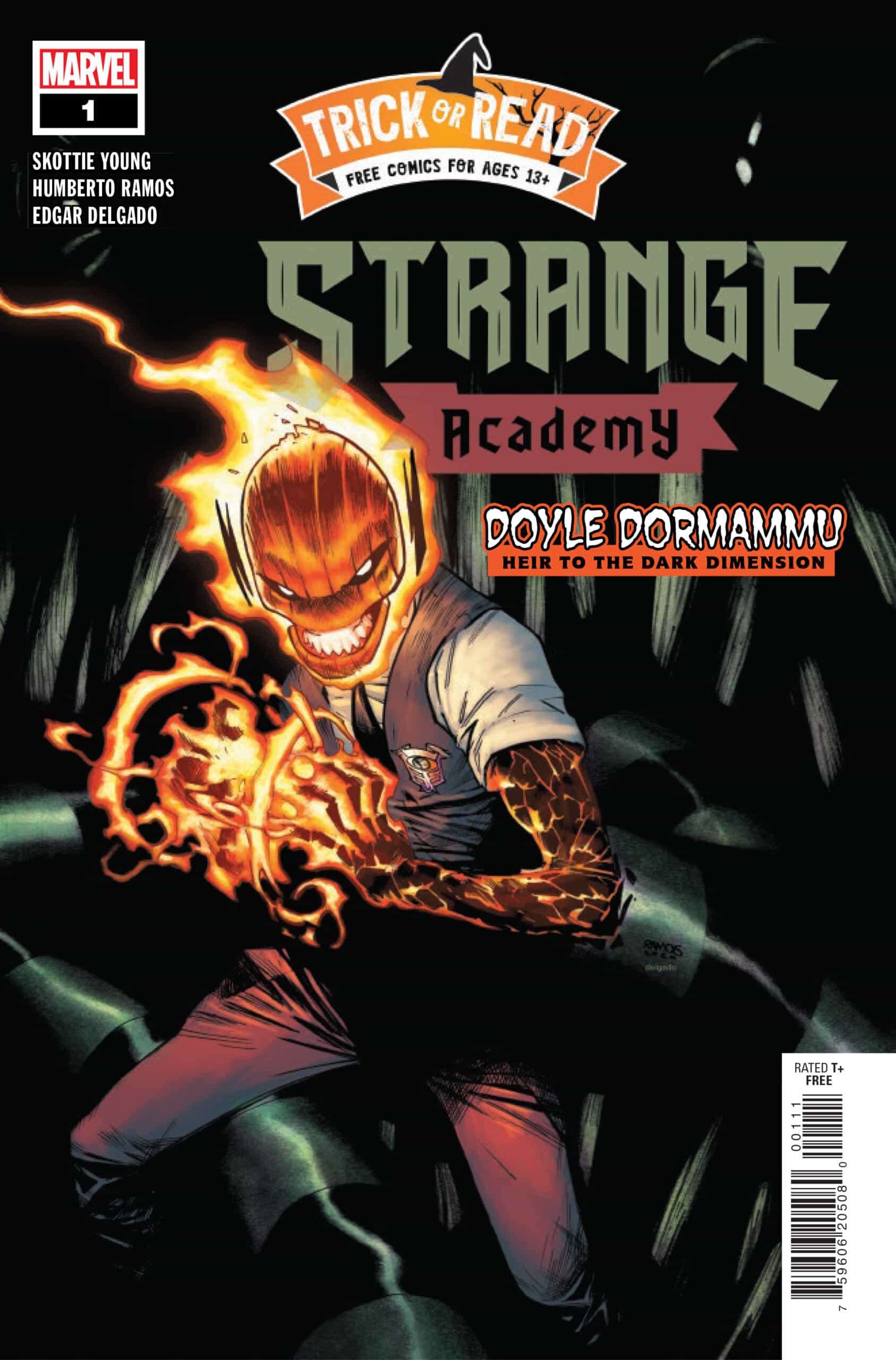 Art and Cover by HUMBERTO RAMOS 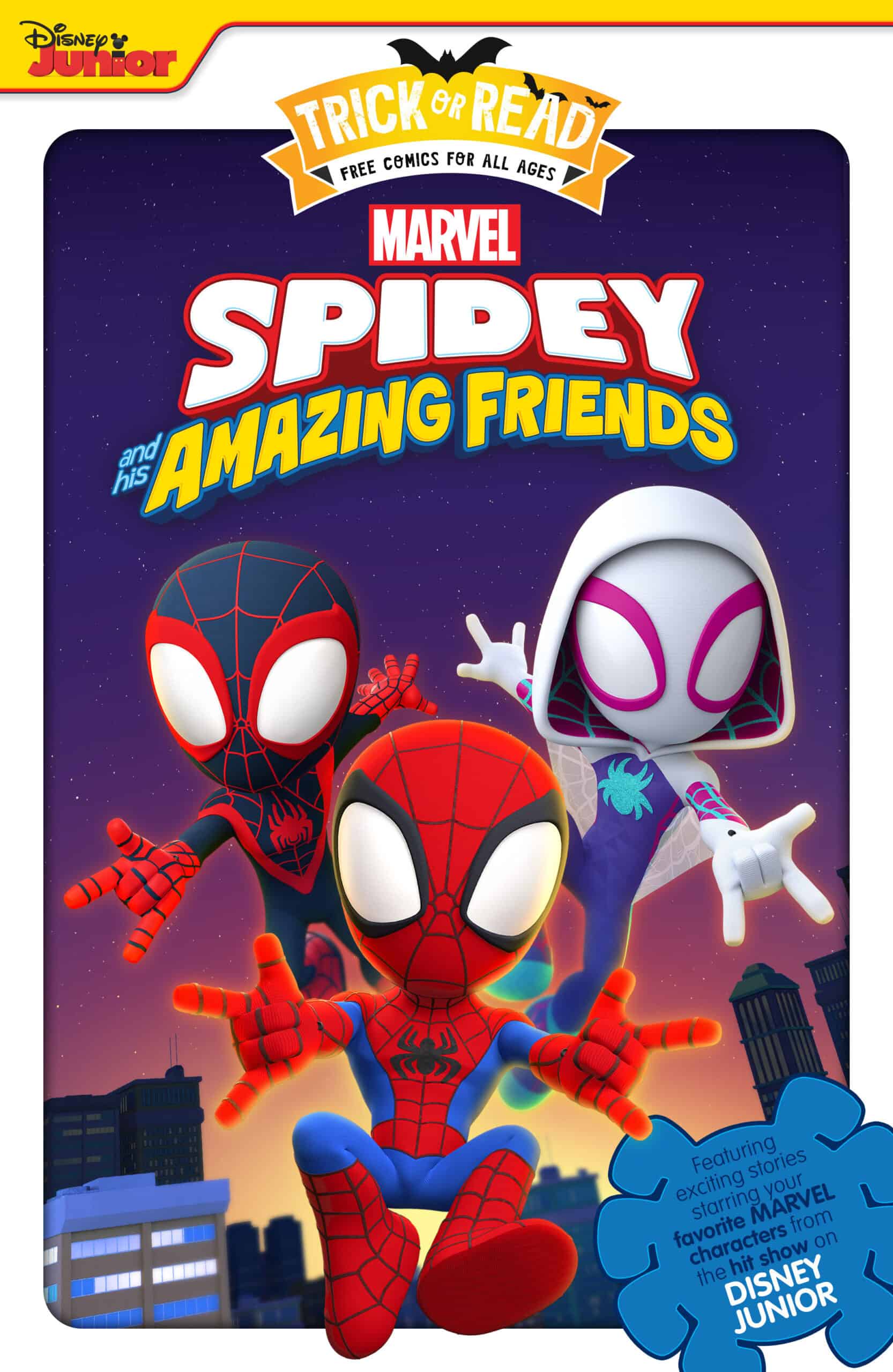