NEWS WATCH: Change the Fate of the Galaxy Forever in WE ONLY FIND THEM WHEN THEY’RE DEAD #8

BOOM! Studios today revealed a first look at WE ONLY FIND THEM WHEN THEY’RE DEAD #8, the next issue in sci-fi epic from Al Ewing (Immortal Hulk) and Simone Di Meo (Mighty Morphin Power Rangers), with color assistance by Mariasara Miotti and letters by AndWorld Design, set in a universe that revolves around mining the corpses of dead gods and a conflict that threatens to tear apart the galaxy. Available in stores September 1, 2021.

Tensions come to a head between the Harvesters and the Worshippers at Malik’s Flight as Marlyn Chen’s true plan is revealed. Meanwhile, Jason will find himself embroiled in a conspiracy and heist that makes Captain Malik’s original quest pale in comparison. 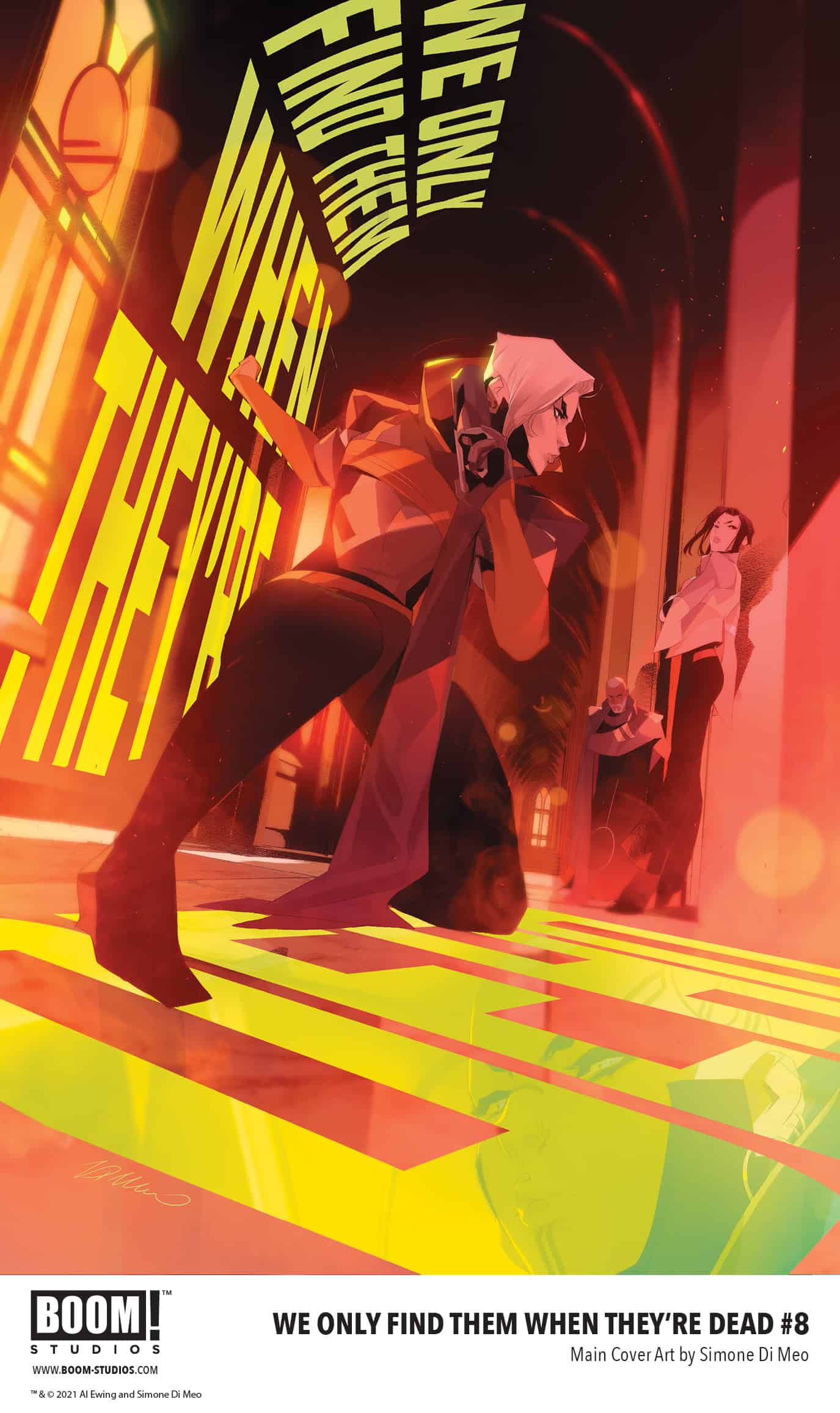 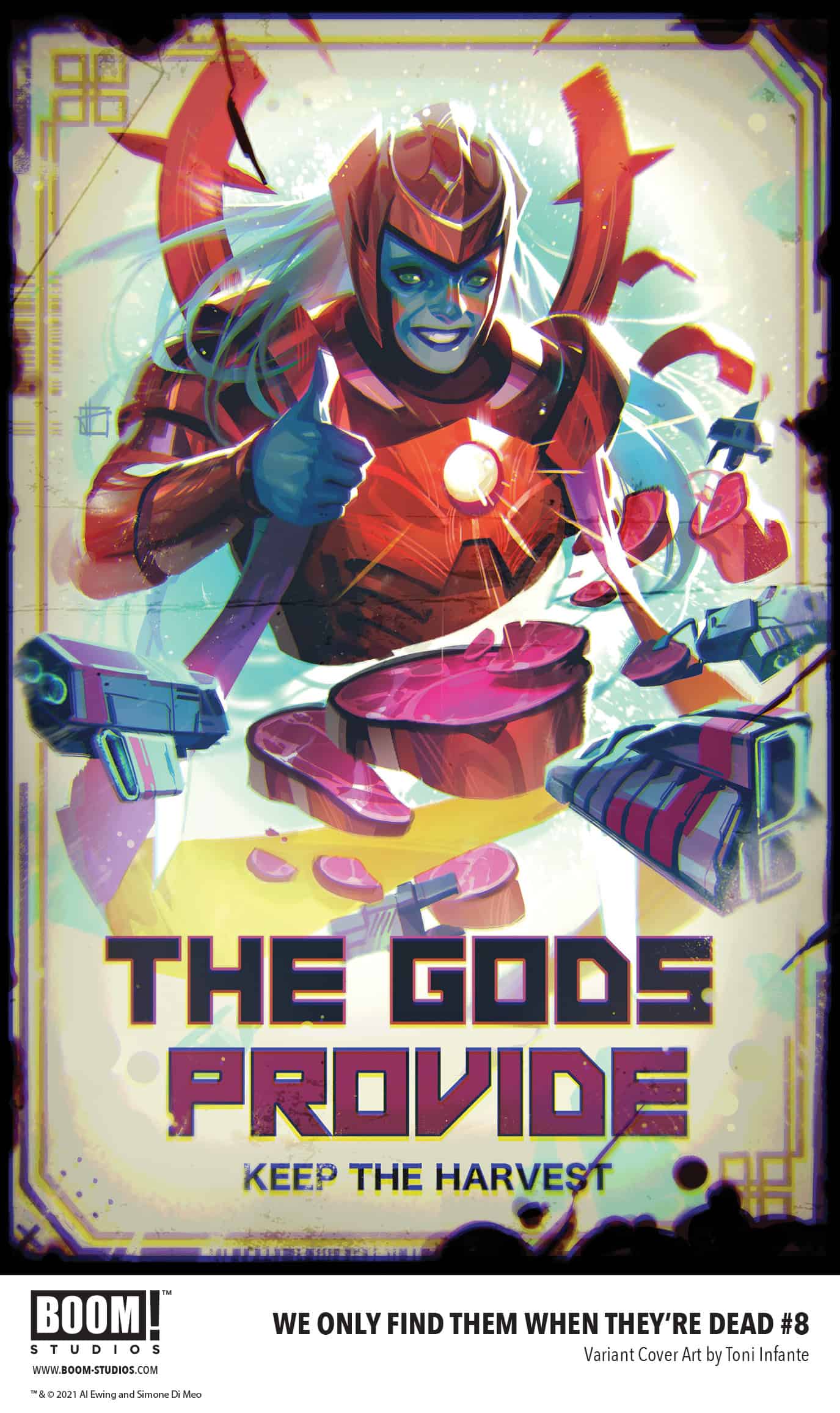 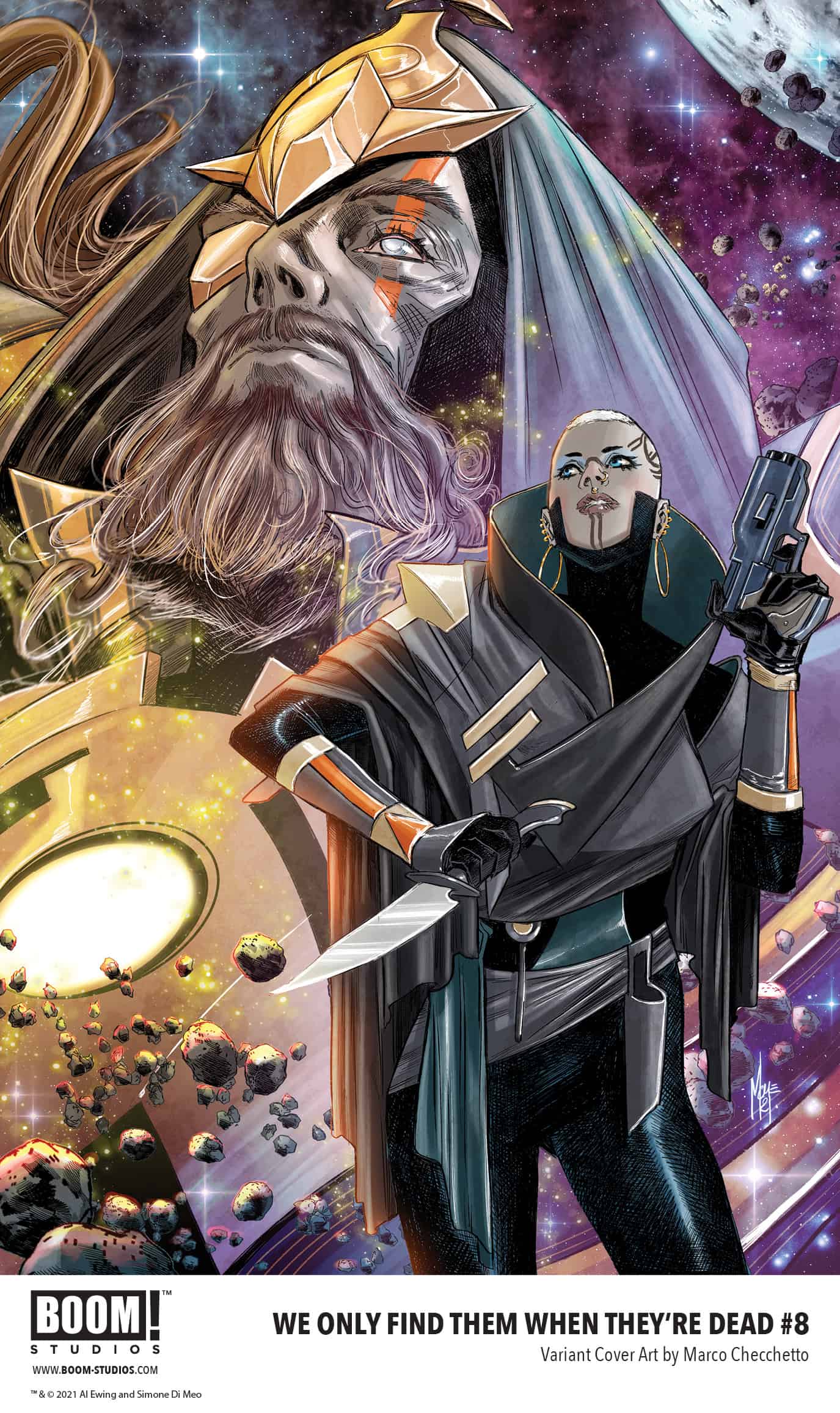 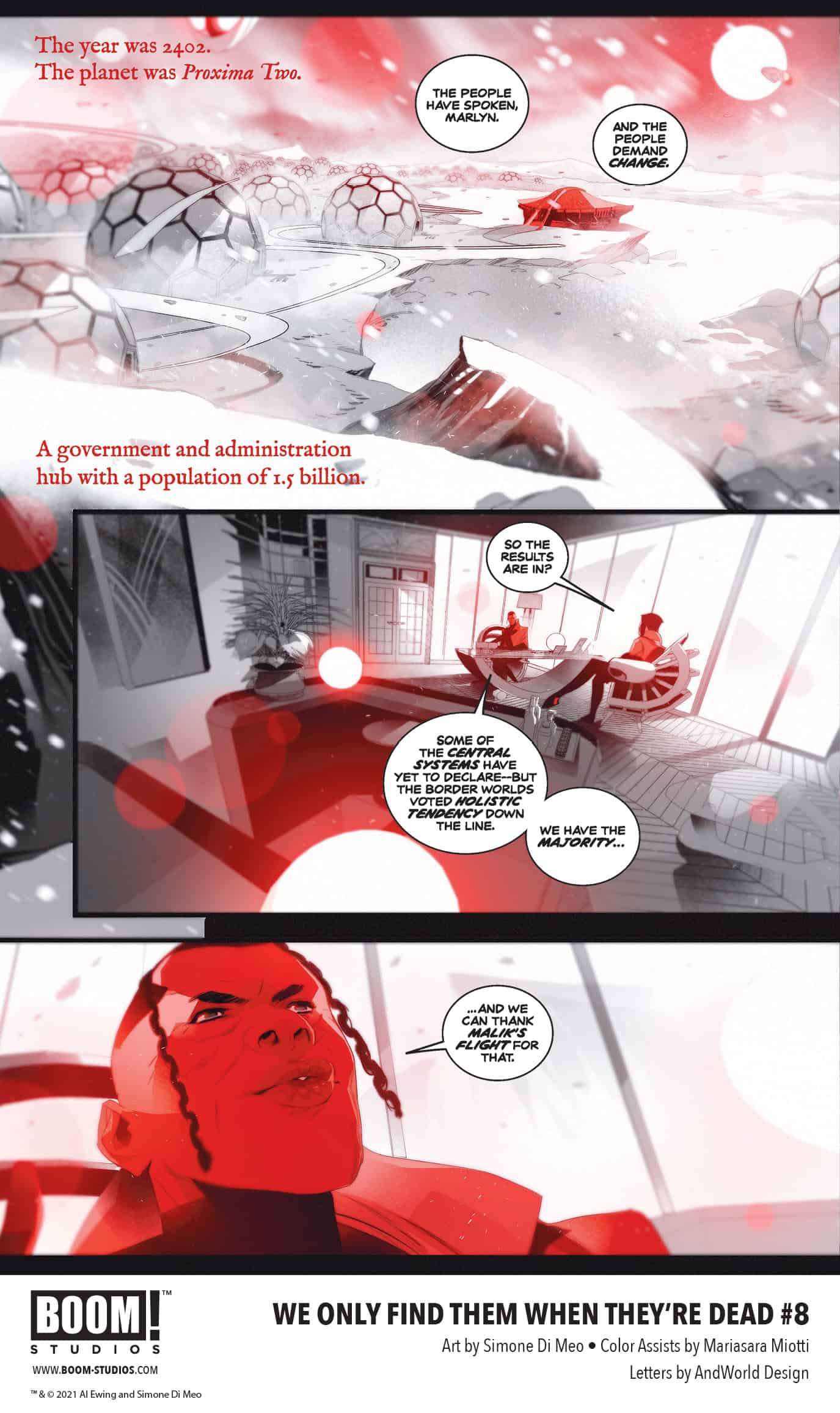 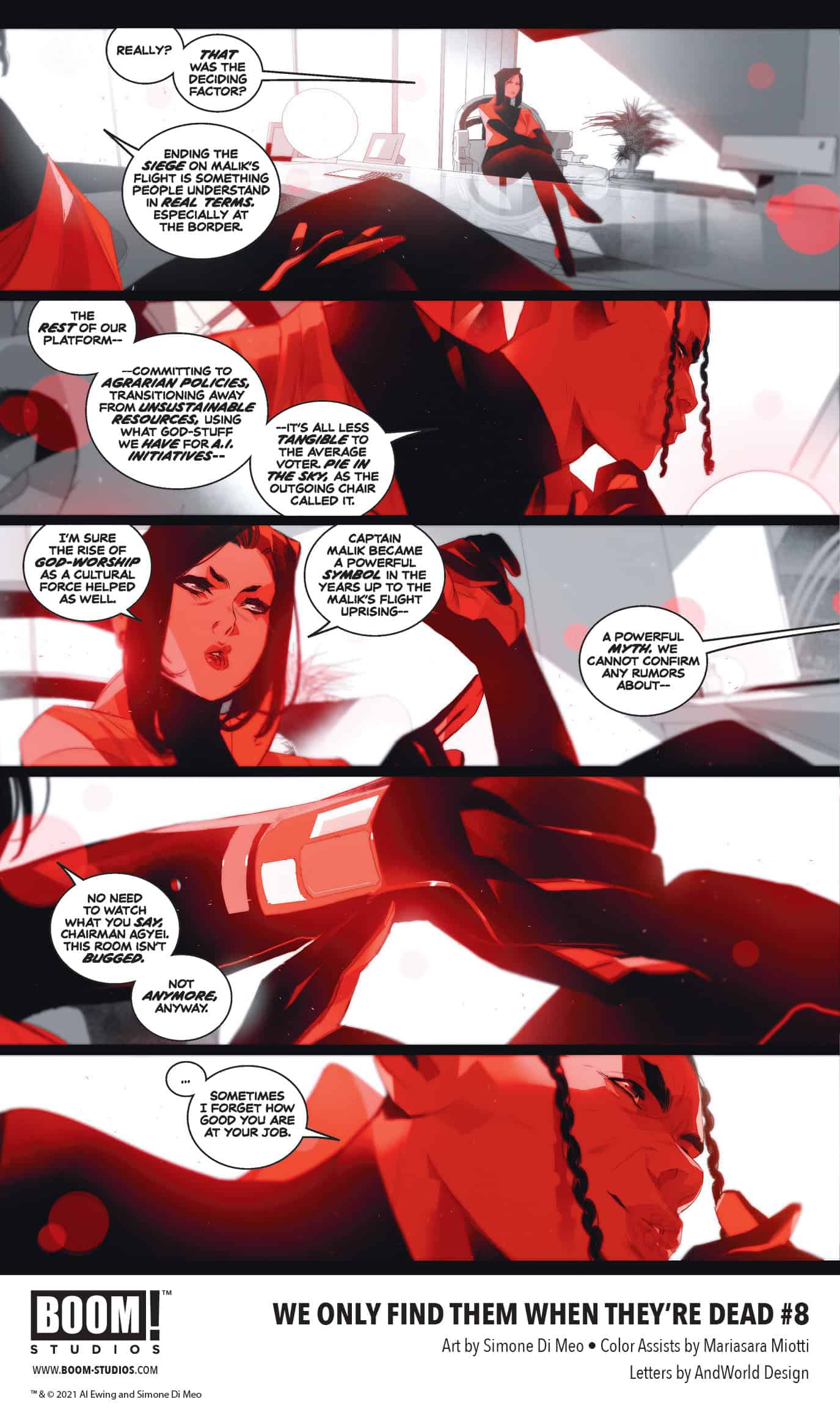 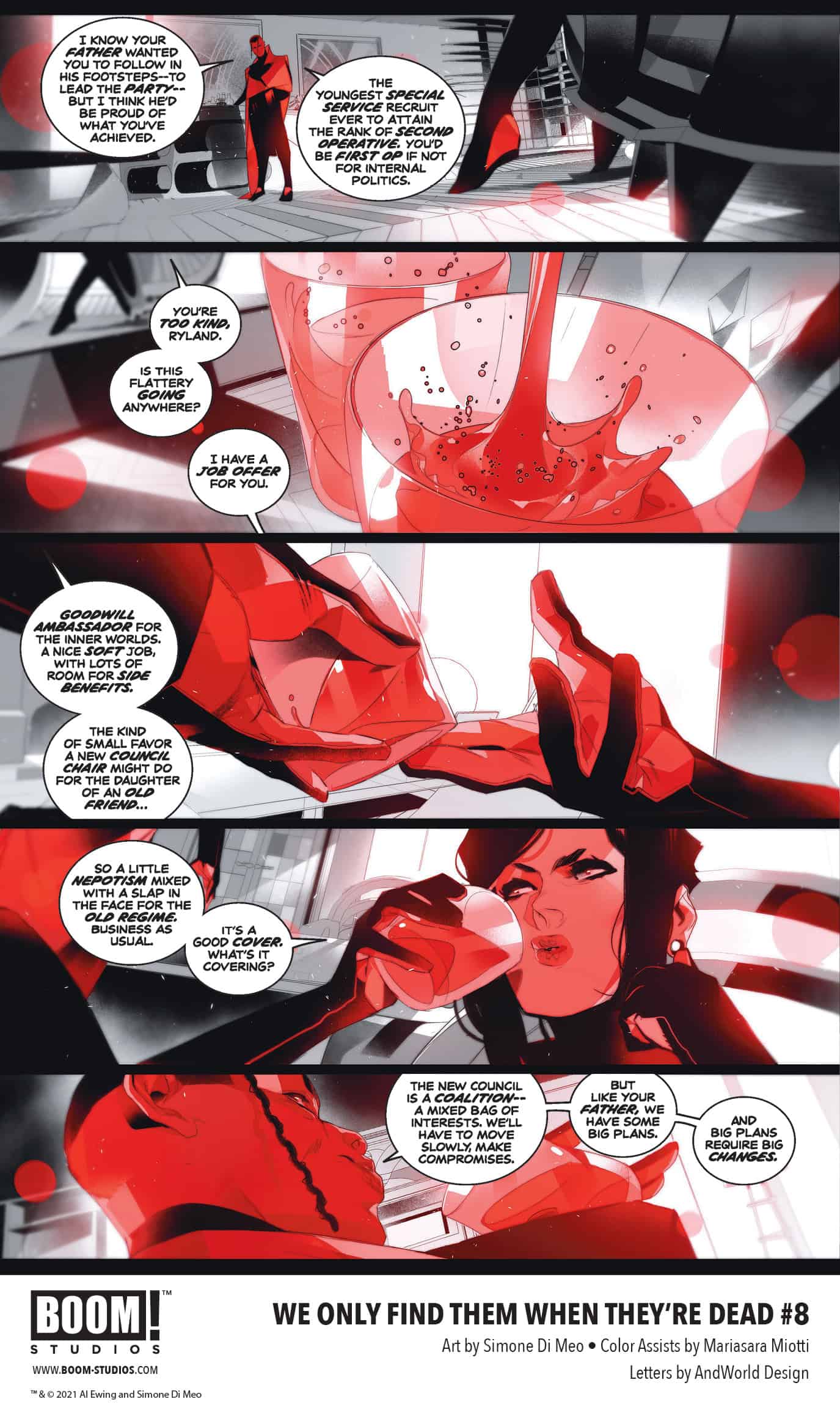 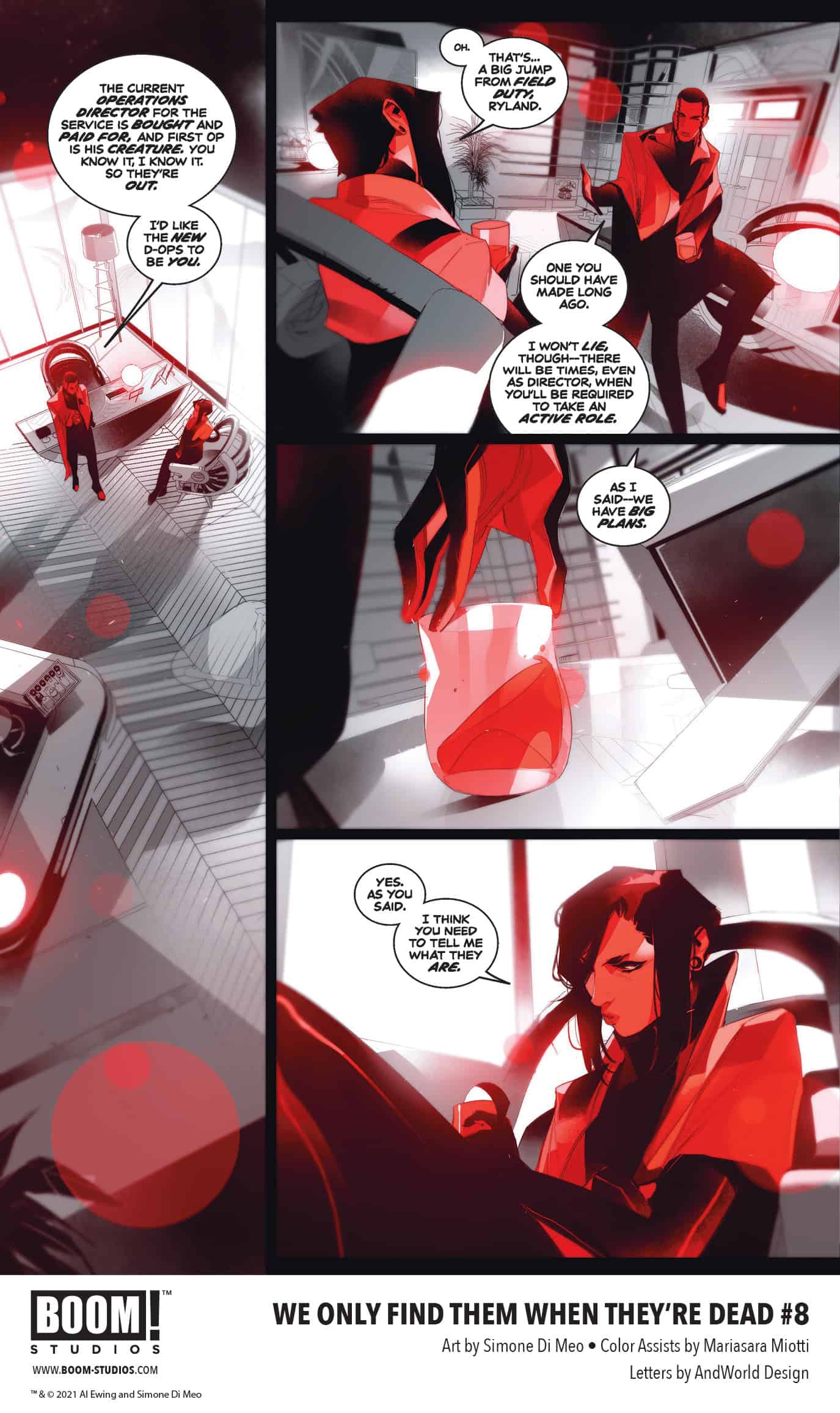 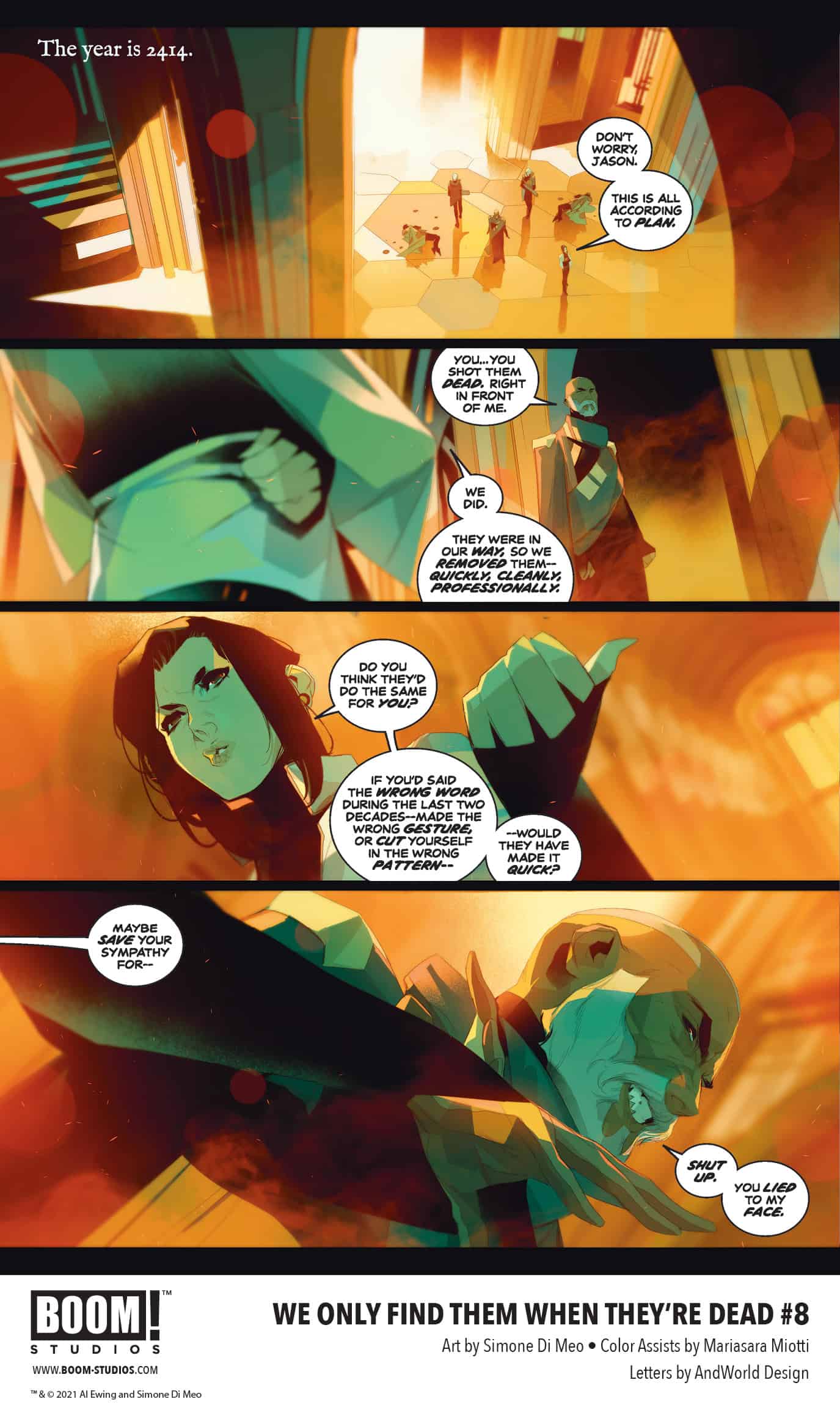 Print copies of WE ONLY FIND THEM WHEN THEY’RE DEAD #8 will be available on September 1, 2021 exclusively at local comic book shops (use comicshoplocator.com to find the nearest one) or at the BOOM! Studios webstore. Digital copies can be purchased from content providers like comiXology, iBooks, Google Play, and Kindle. WE ONLY FIND THEM WHEN THEY’RE DEAD VOL 1 is available now wherever books are sold.

NEWS WATCH: Change the Fate of the Galaxy Forever in WE ONLY FIND THEM WHEN THEY’RE DEAD #8