Just announced at the Lucas Film publishing panel at SDCC 2019. Writer Charles Soule will tackle the history of KYLO WREN and the knights of Ren in a new4 part comic called the RISE OF KYLO REN.

As just announced, I am writing THE RISE OF KYLO REN – a limited series comic launching in December, just before Episode IX.

You know the one story everyone’s dying to see, about Kylo and the Knights of Ren? That’s this.

You’re not ready (hell, I barely am.) pic.twitter.com/CiBehByvy1

Soule who’s Darth Vader comics have been widely well-received confirmed this on twitter along with the fact that it will be out in December just as the next Star Wars movie heads into theatres. No artist for the project has been announced yet but the series will focus on on the fall of Ben Solo and his ascendence to as the leader of the Knights of Ren which means the series will also feature Luke Skywalker. 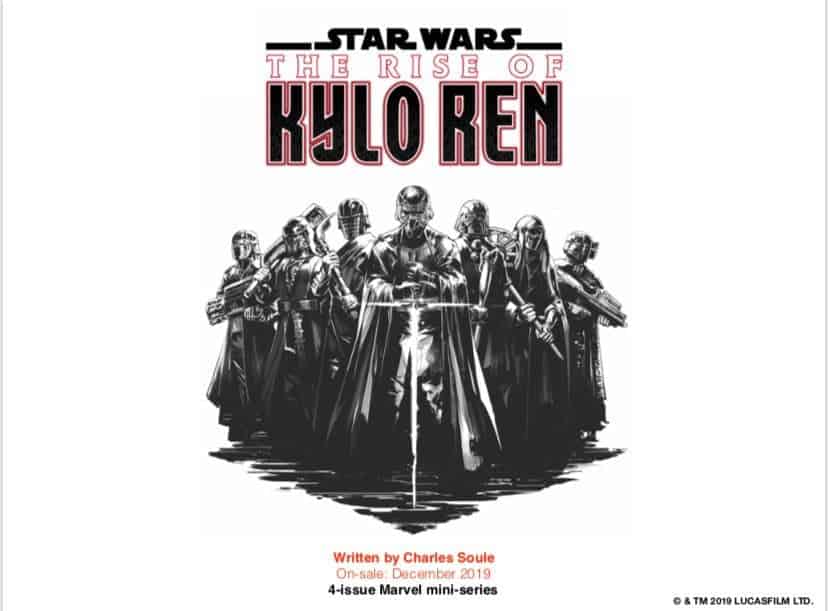