Bestselling author Charles Soule (Eight Billion Genies, Undiscovered Country) teams up with fan-favorite artist Will Sliney (Spider-Man) for the upcoming series Hell to Pay, which was first announced via livestream. This all-new supernatural adventure is best described as Hellboy meets Indiana Jones and is set to launch from Image Comics this November.

“I love horror stories, especially gnarly, supernaturally-tinged tales—but I haven’t been able to play with that kind of storytelling much since my run on Swamp Thing almost a decade ago. I’ve been meaning to tell a really big story with Will Sliney for ages too—we’ve known each other since the early days of our careers. I feel very lucky that Hell to Pay gives me a chance to do both,” said Soule. “The story here is high-concept and thrilling—basically, you can get magic… but on credit, and your soul is the collateral. Clearing that debt… easier said than done. I think this story will be very relatable to anyone living in today’s world.

It’s also the start of something really big. Will and I are kicking things off with Hell to Pay… but we intend to tell stories in this world for a good long time to come.”

In Hell to Pay, readers meet married young couple Maia and Sebastian Stone. Years ago, they made a deal with the mysterious Shrouded College to give them magic… but they incurred a debt. Until it’s paid, their lives are not their own. Maia and Sebastian have worked for the College ever since, using their new abilities to track down 666 cursed coins: qurrakh…aka, the Devil’s Dollar. Only a few remain. The Stones are almost free…but the devil’s in the details.

Sliney added: “This is the beginning of something really special, that Charles and I have been planning for a long time. It’s a the debut of a giant new world, built around a very relatable story.” 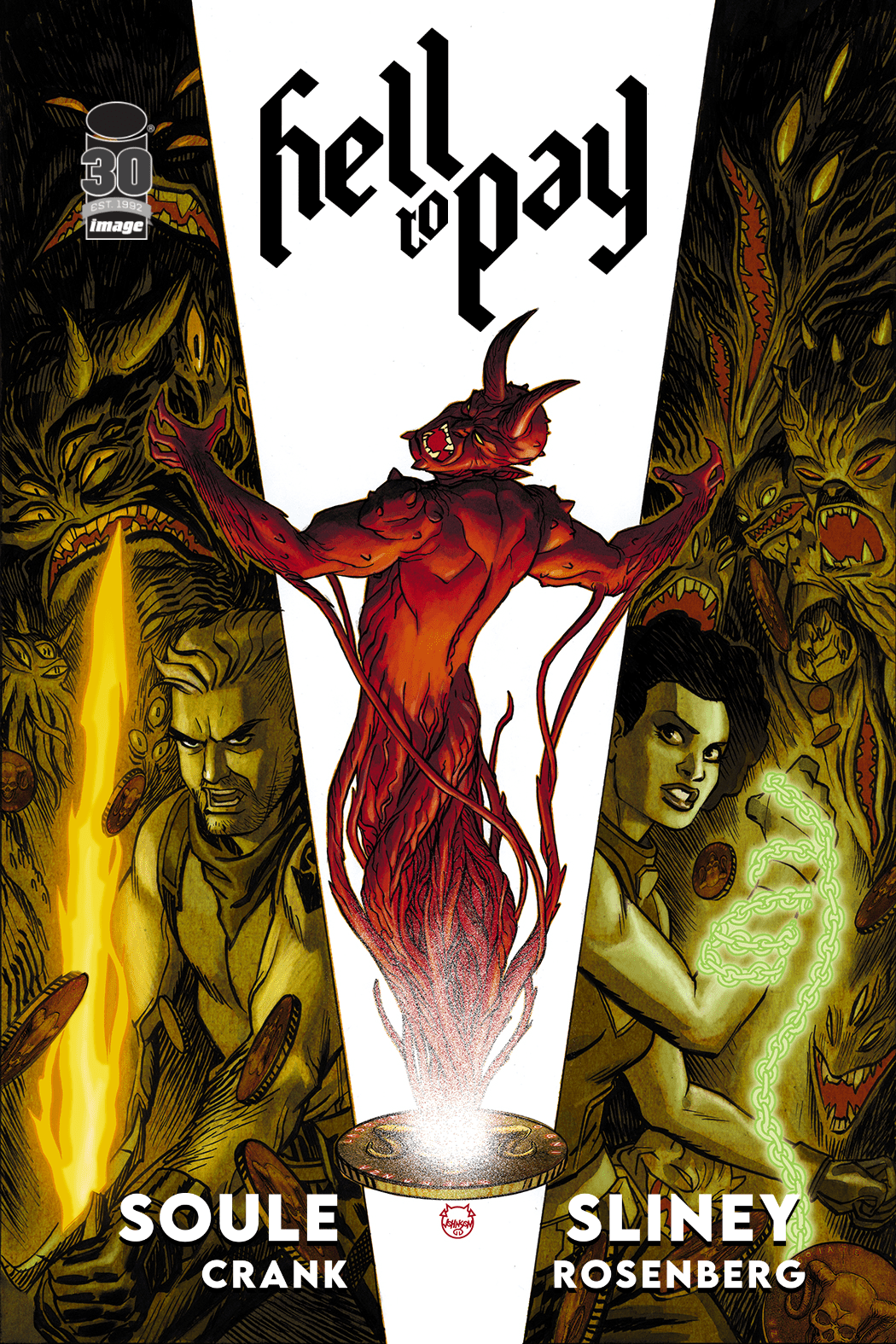 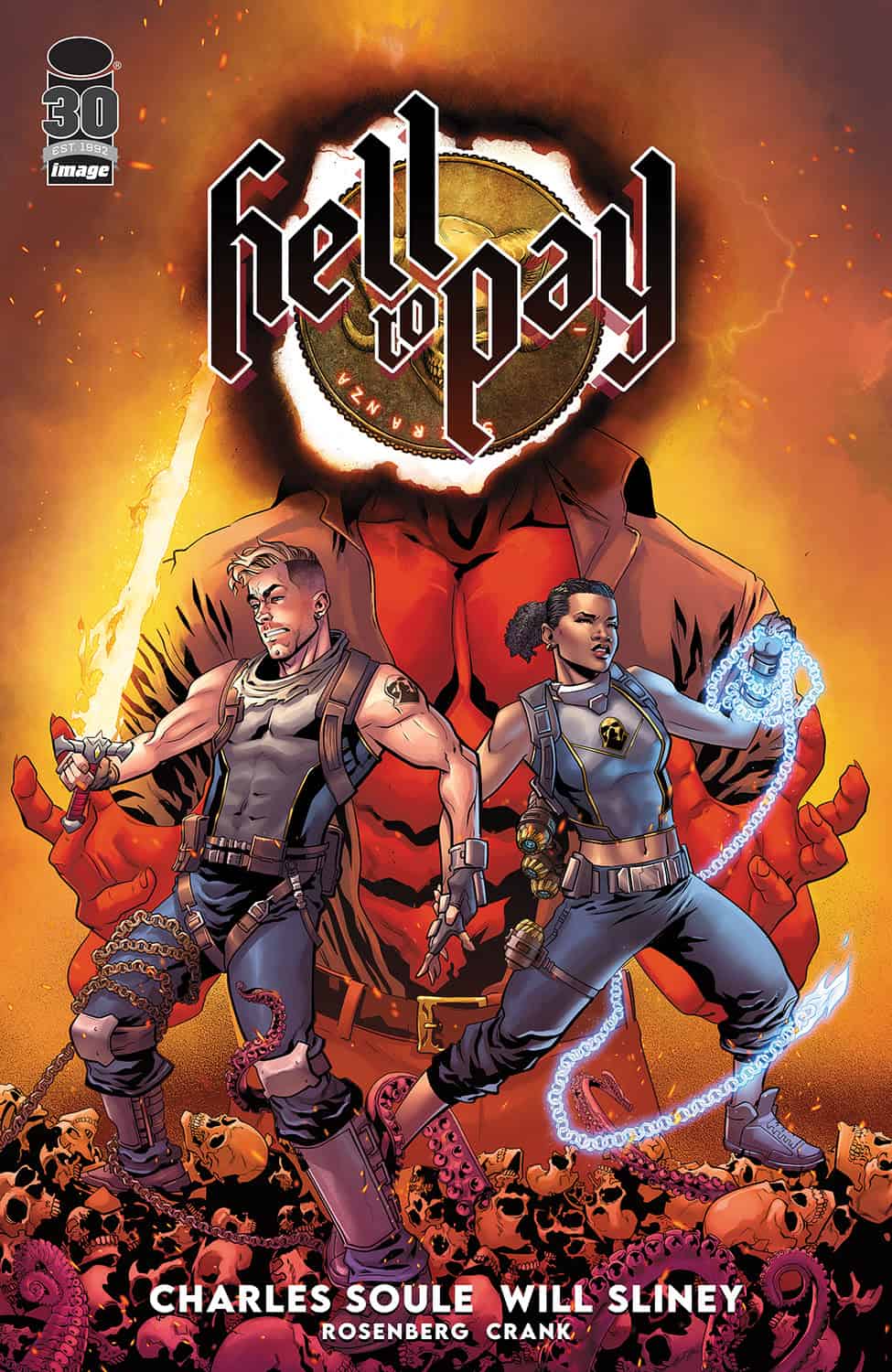 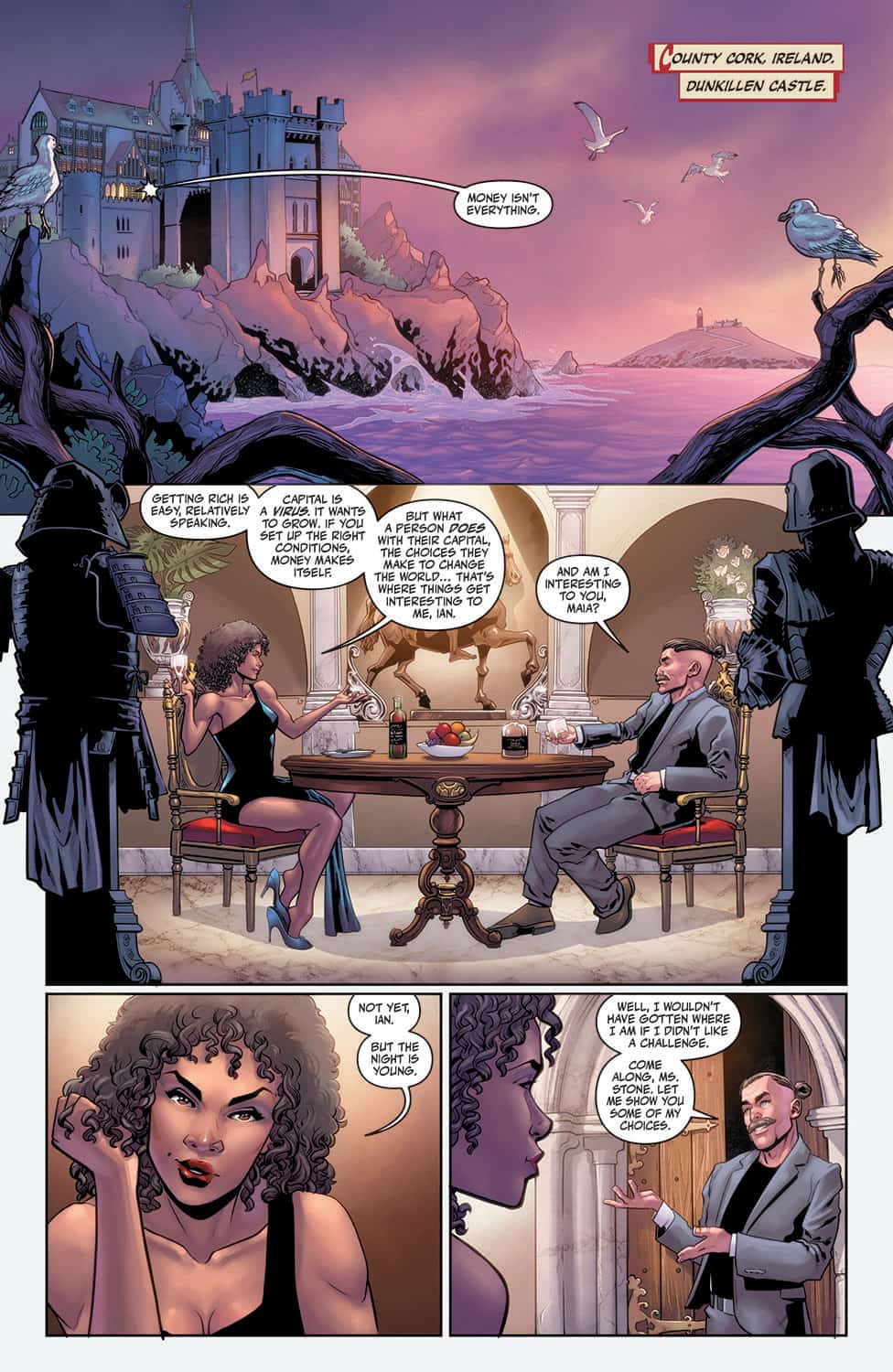 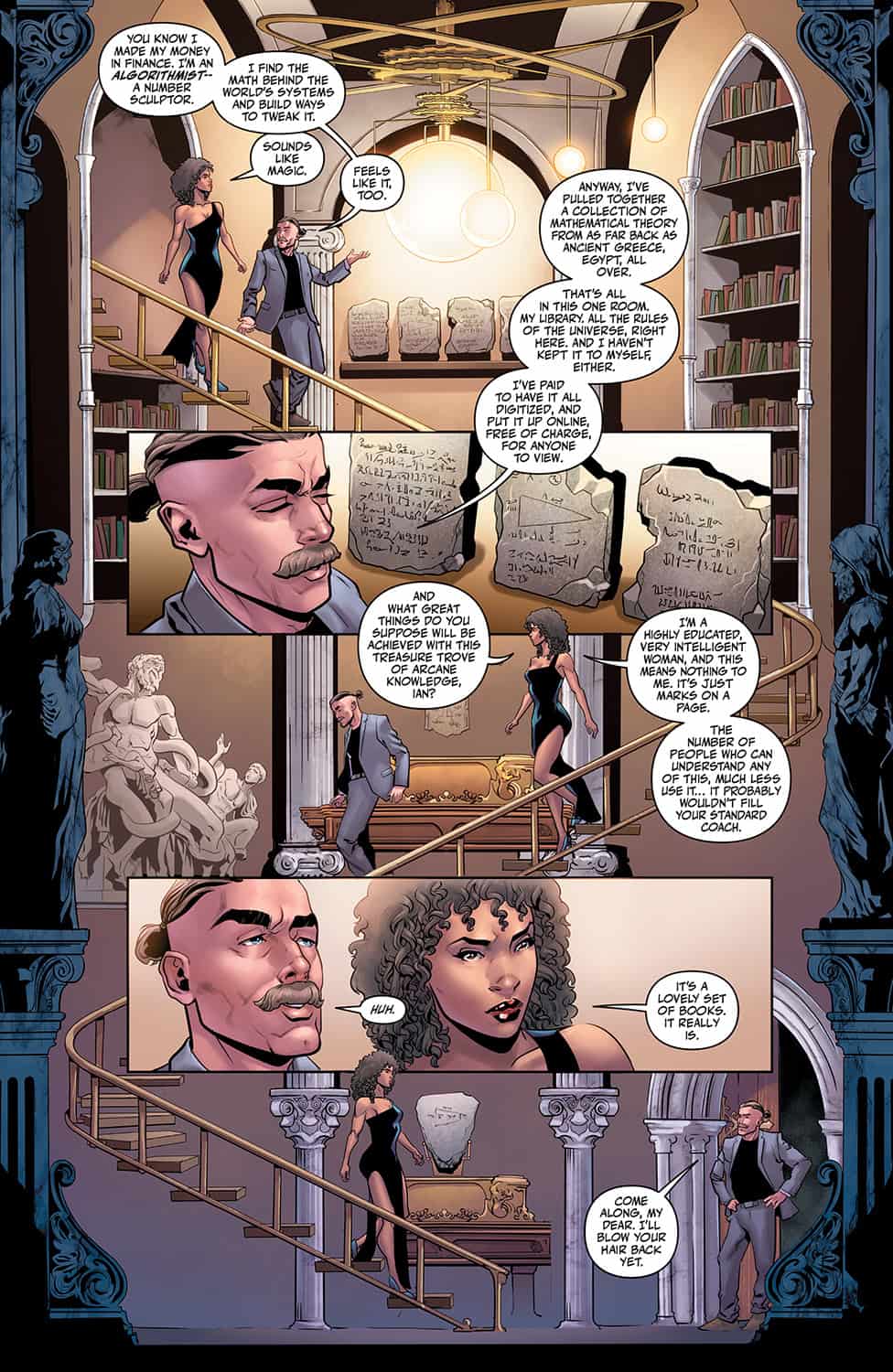 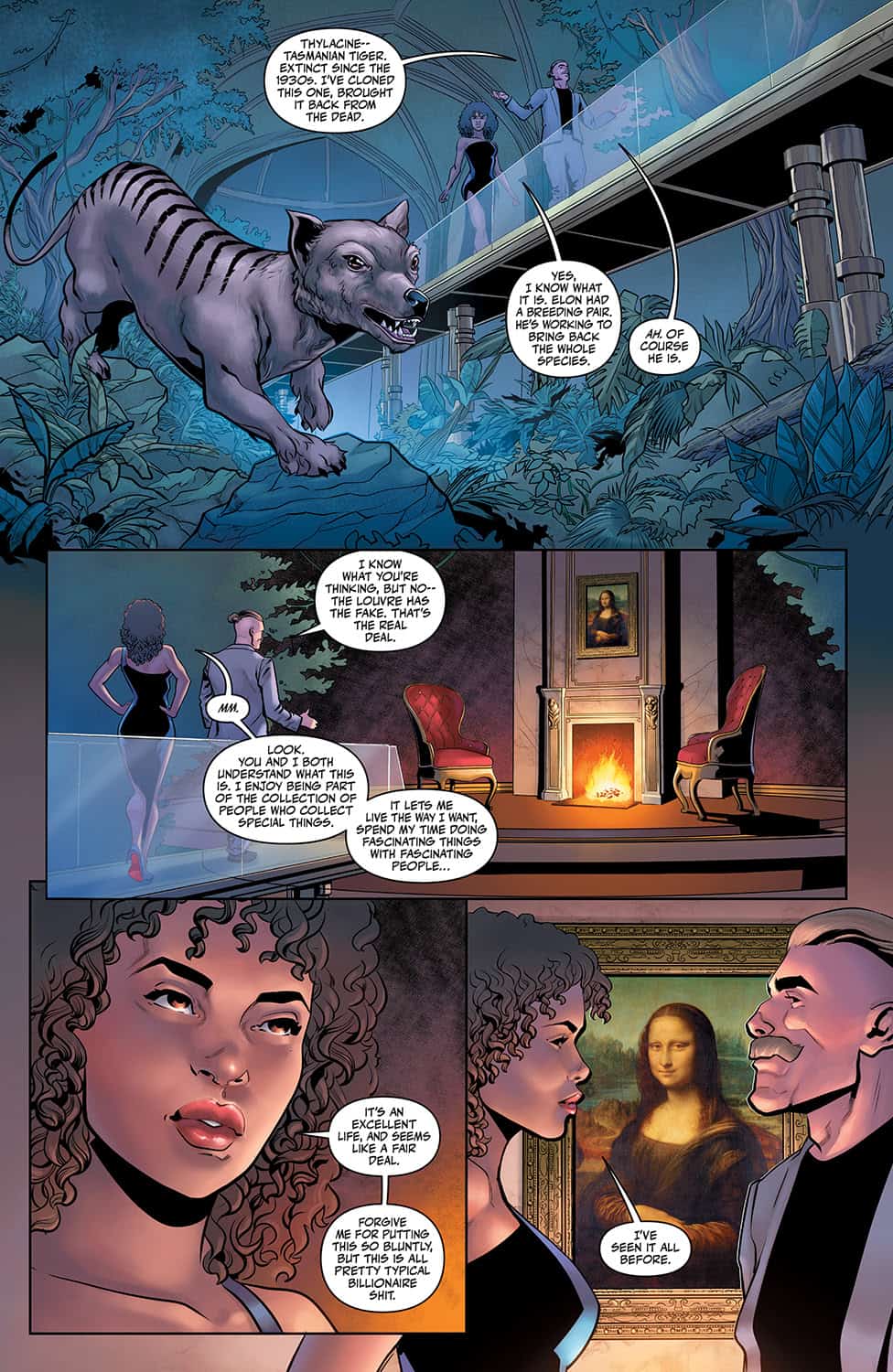 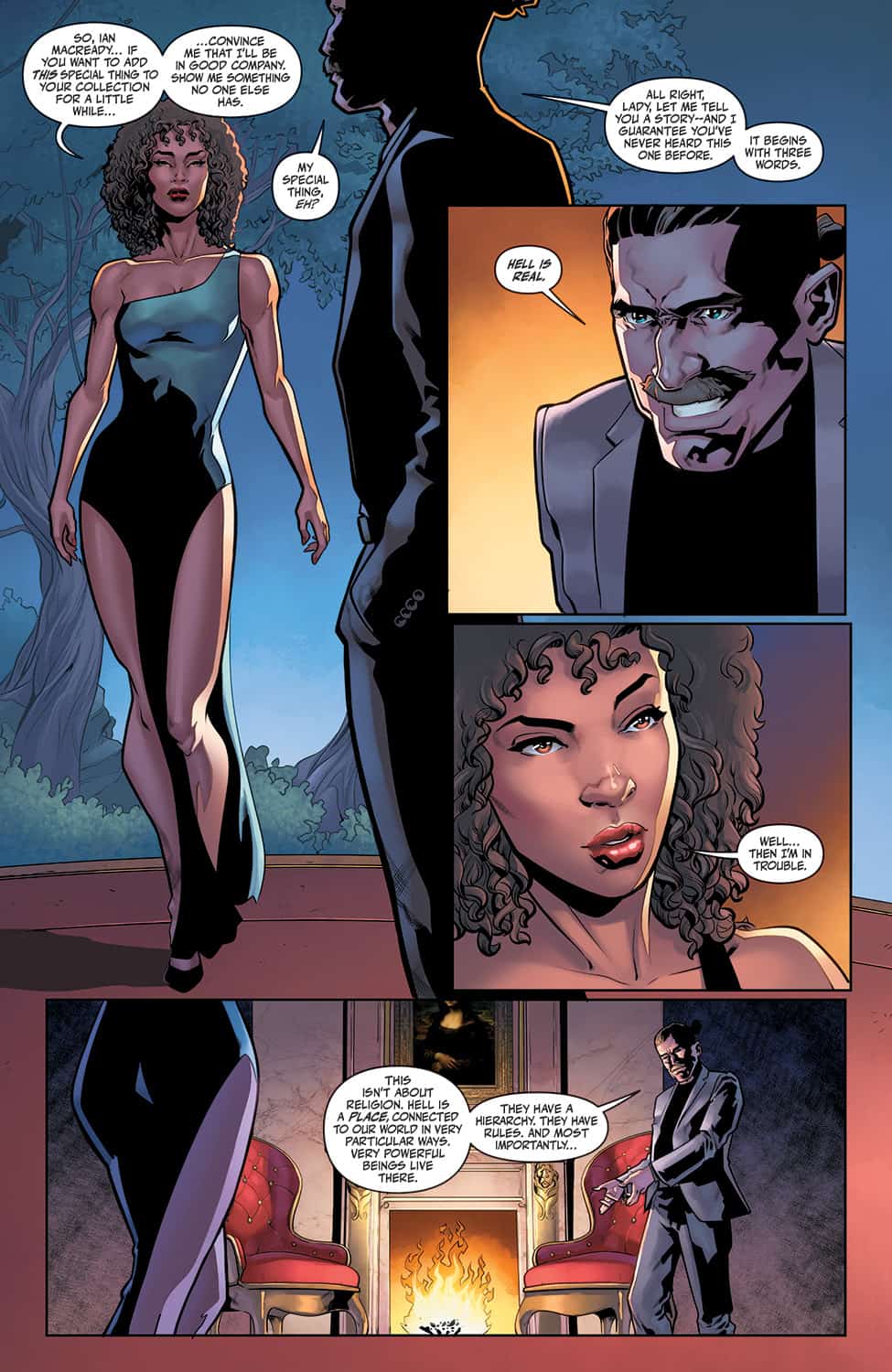 Hell to Pay #1 will be available at comic book shops on Wednesday, November 2:

Hell to Pay #1 will also be available across many digital platforms, including Amazon Kindle, Apple Books, and Google Play.