NEWS WATCH: Choose Vengeance or Honor in Your First Look at DUNE: BLOOD OF THE SARDAUKAR #1

When the choice is vengeance or honor, which lies at the heart of a Sardaukar? Jopati Kolona is one of the Sardaukar: the emperor’s elite military unit. The Sardaukar are unbeatable, unbending in their devotion to the emperor, and feared throughout the galaxy. When Jopati meets Duke Leto of House Atreides, the house he believes responsible for the destruction of his home planet and family, he will be forced to question a life-long hatred. Tasked with overthrowing the Atreides stronghold on Dune for his master, Jopati will be forced to choose between duty and forgiveness. 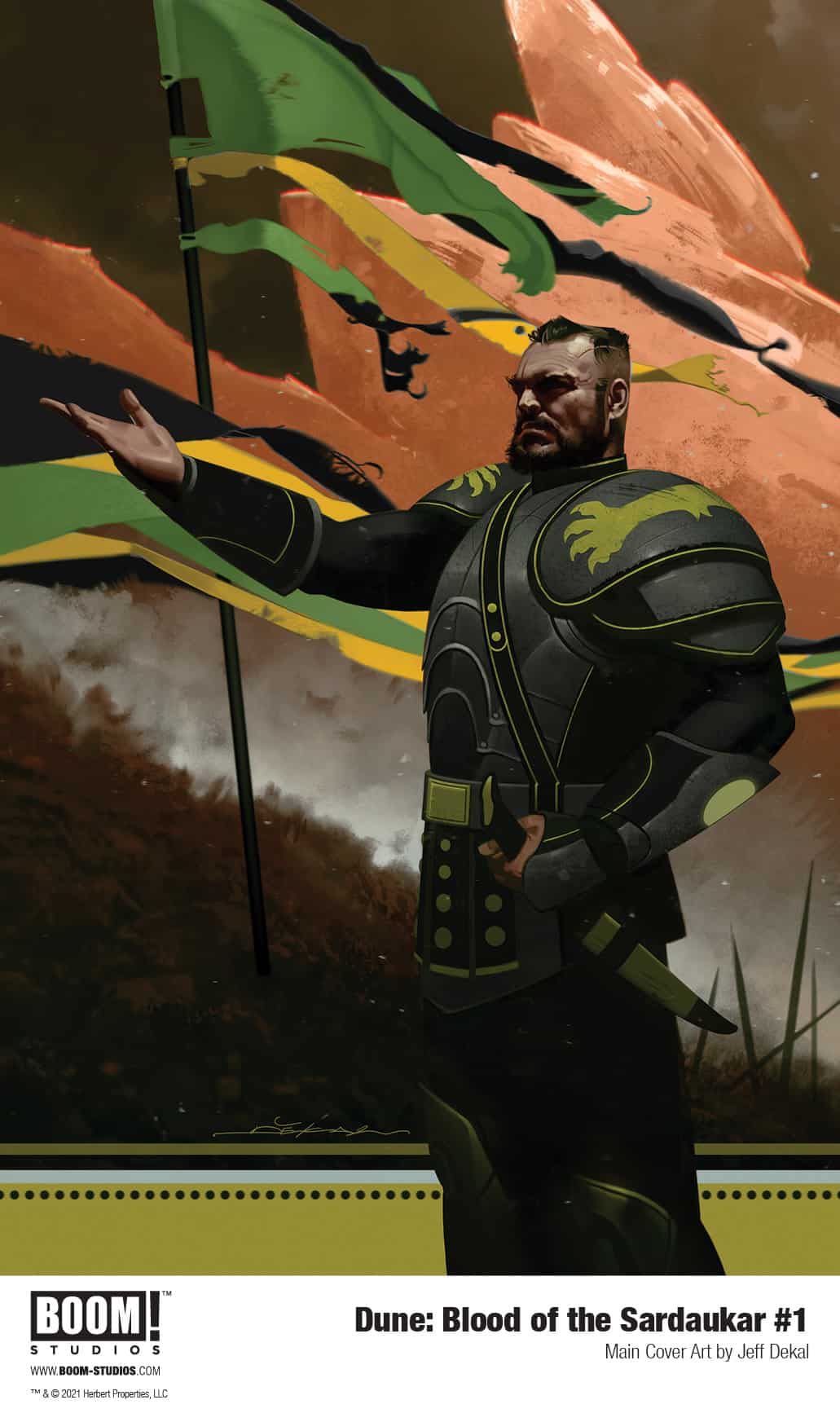 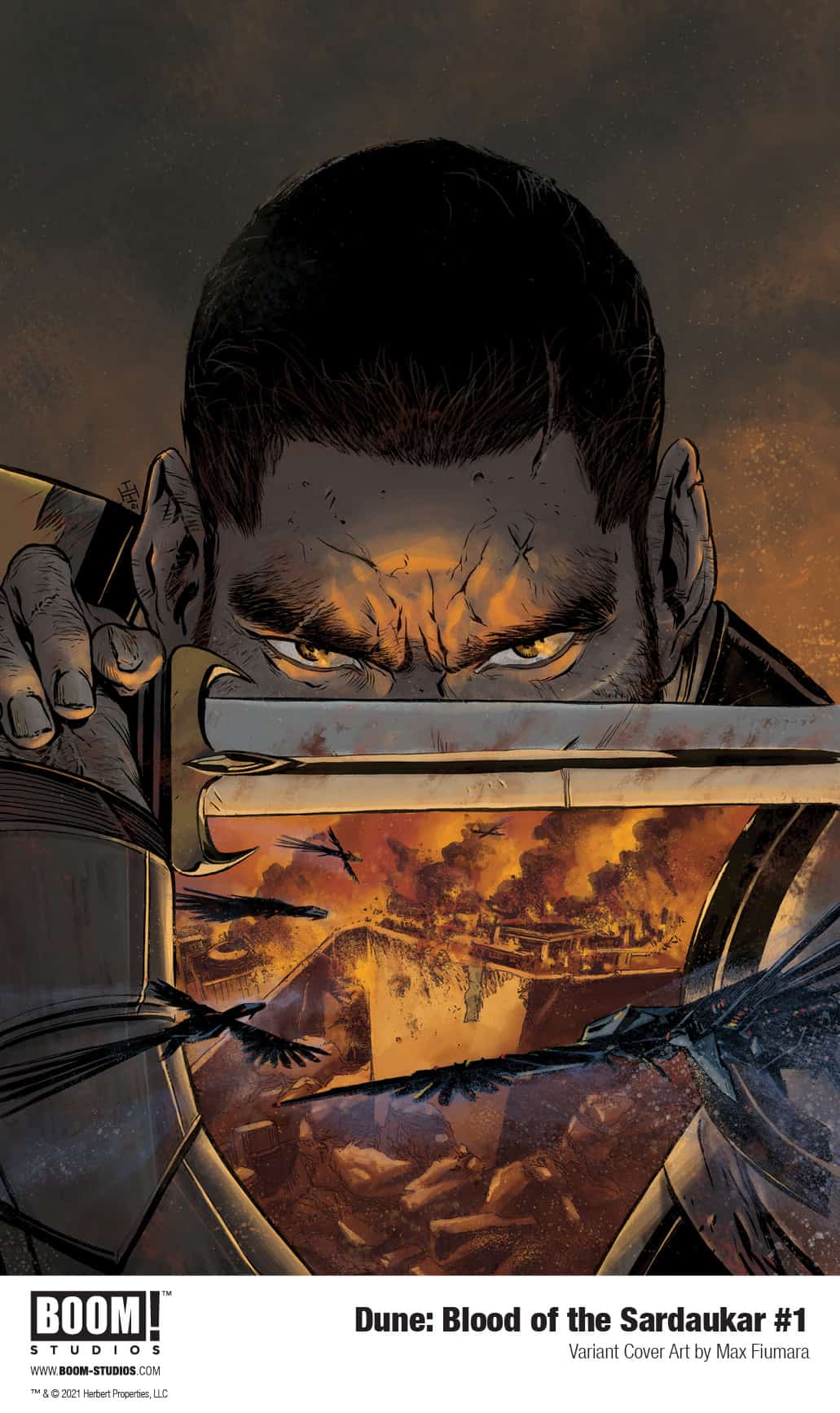 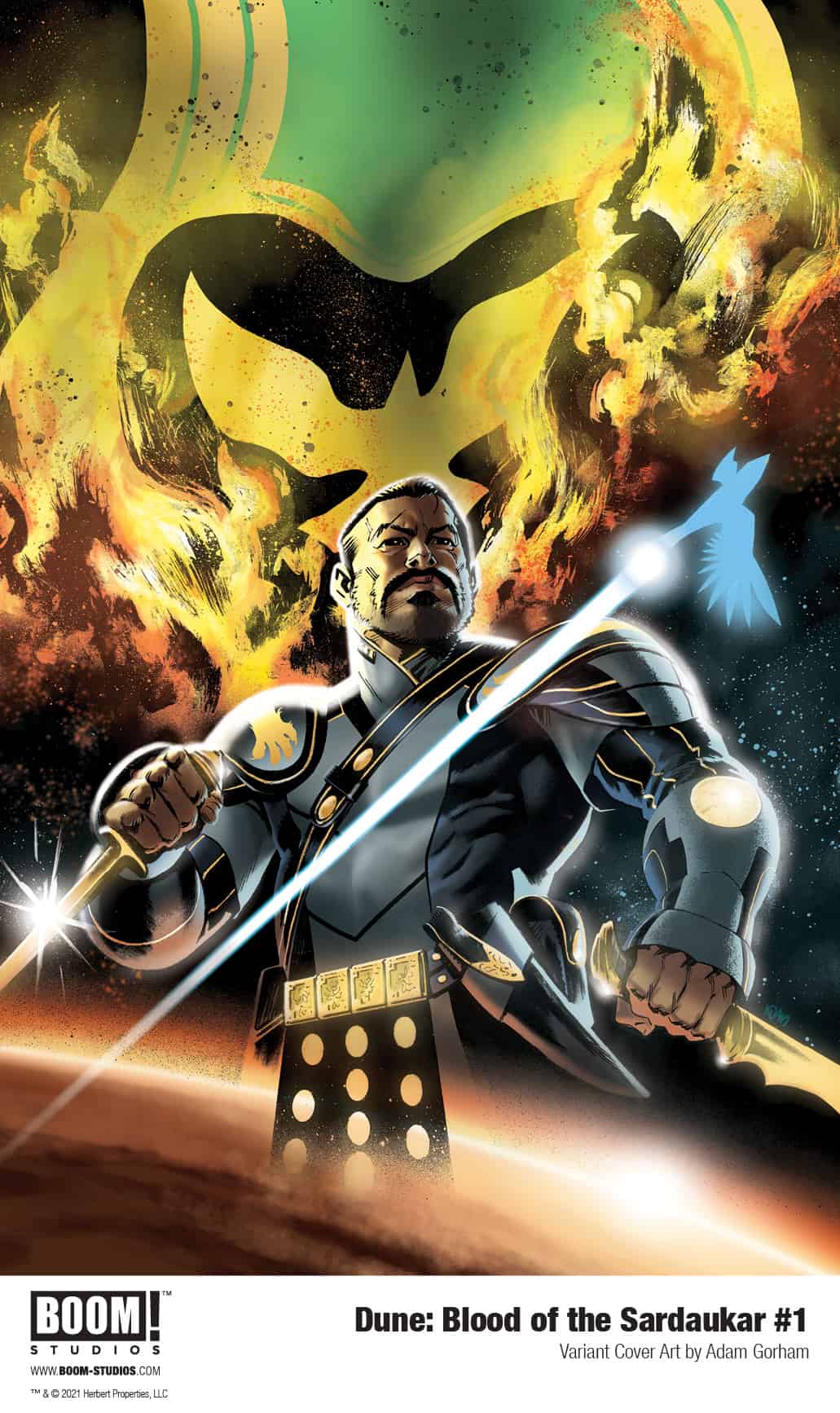 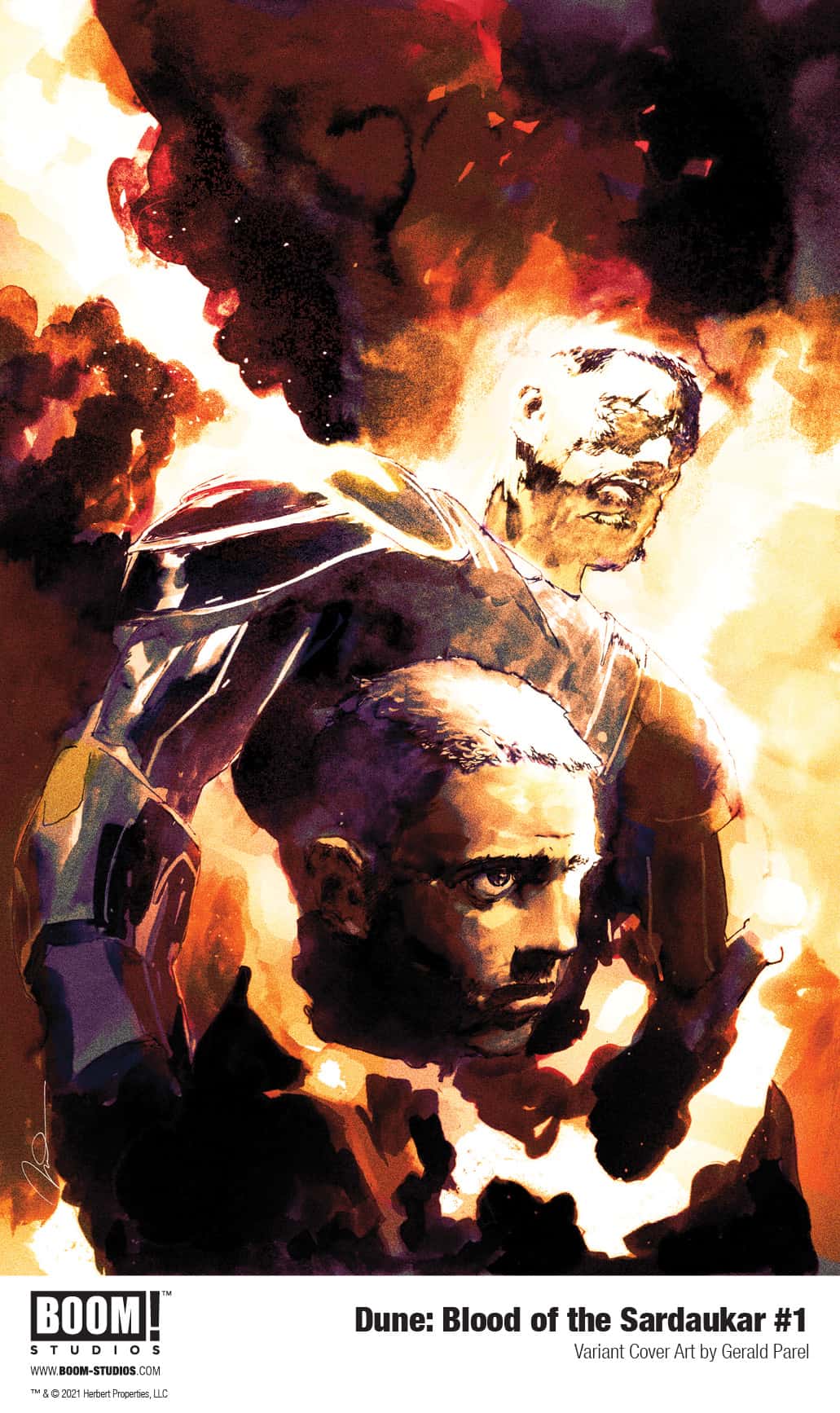 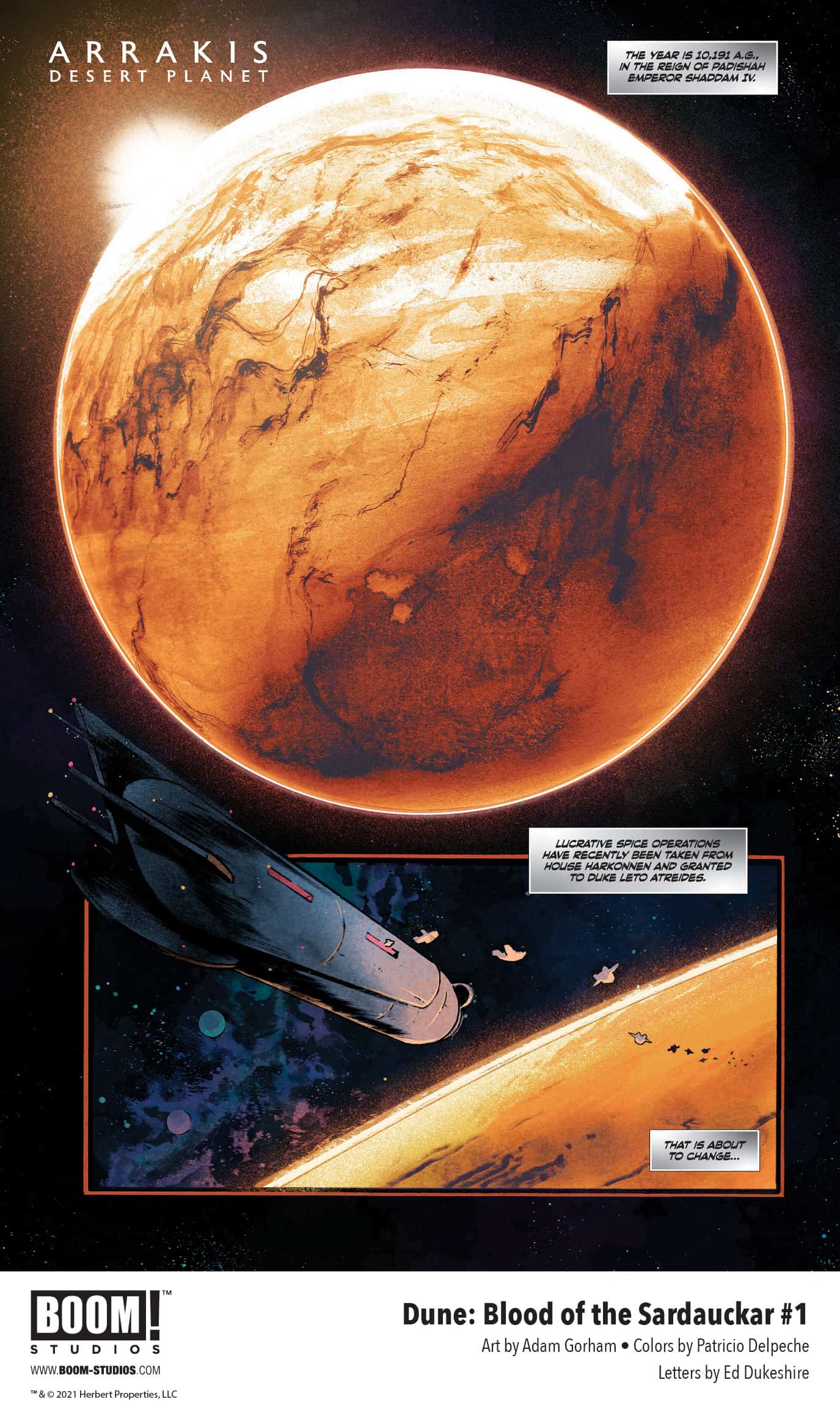 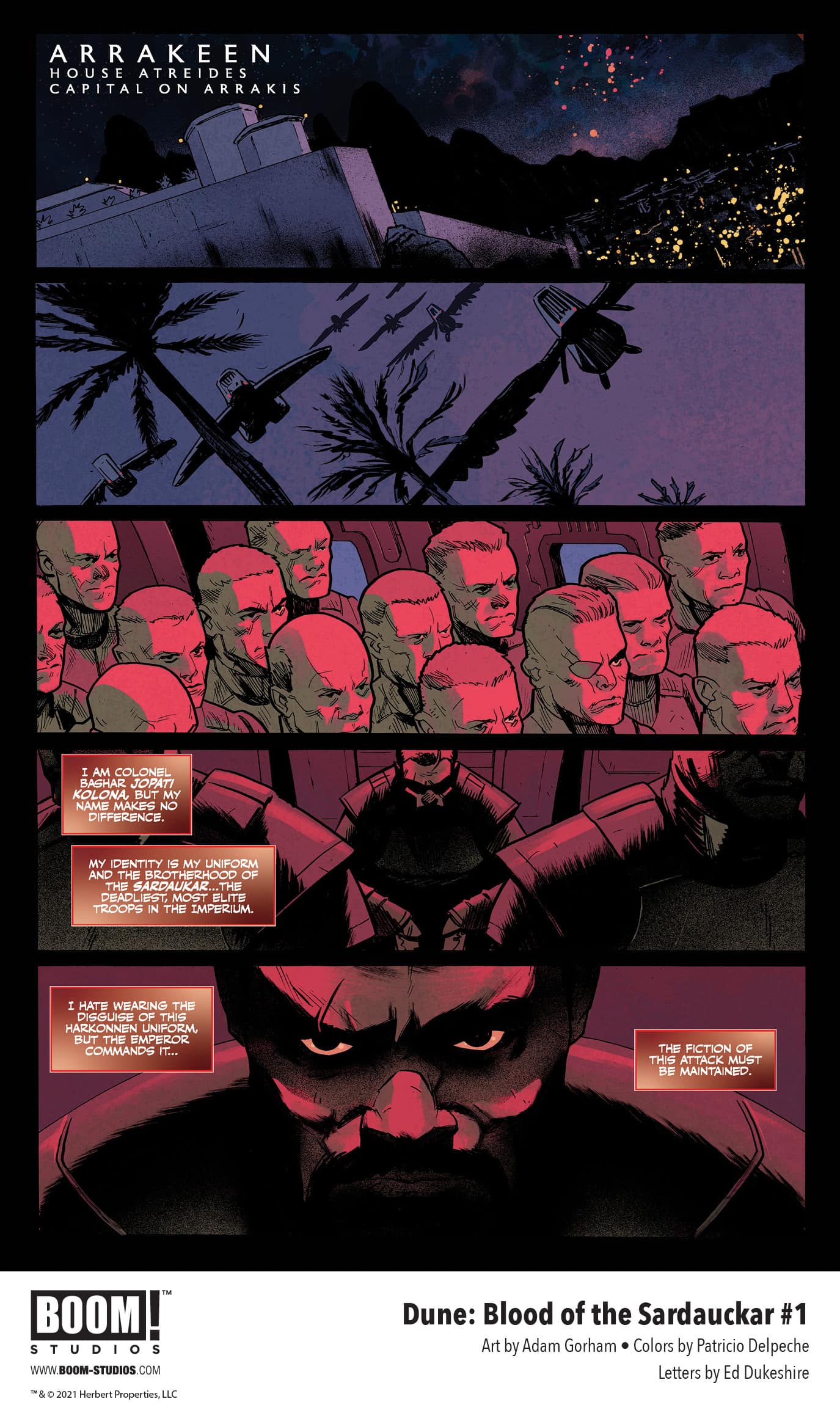 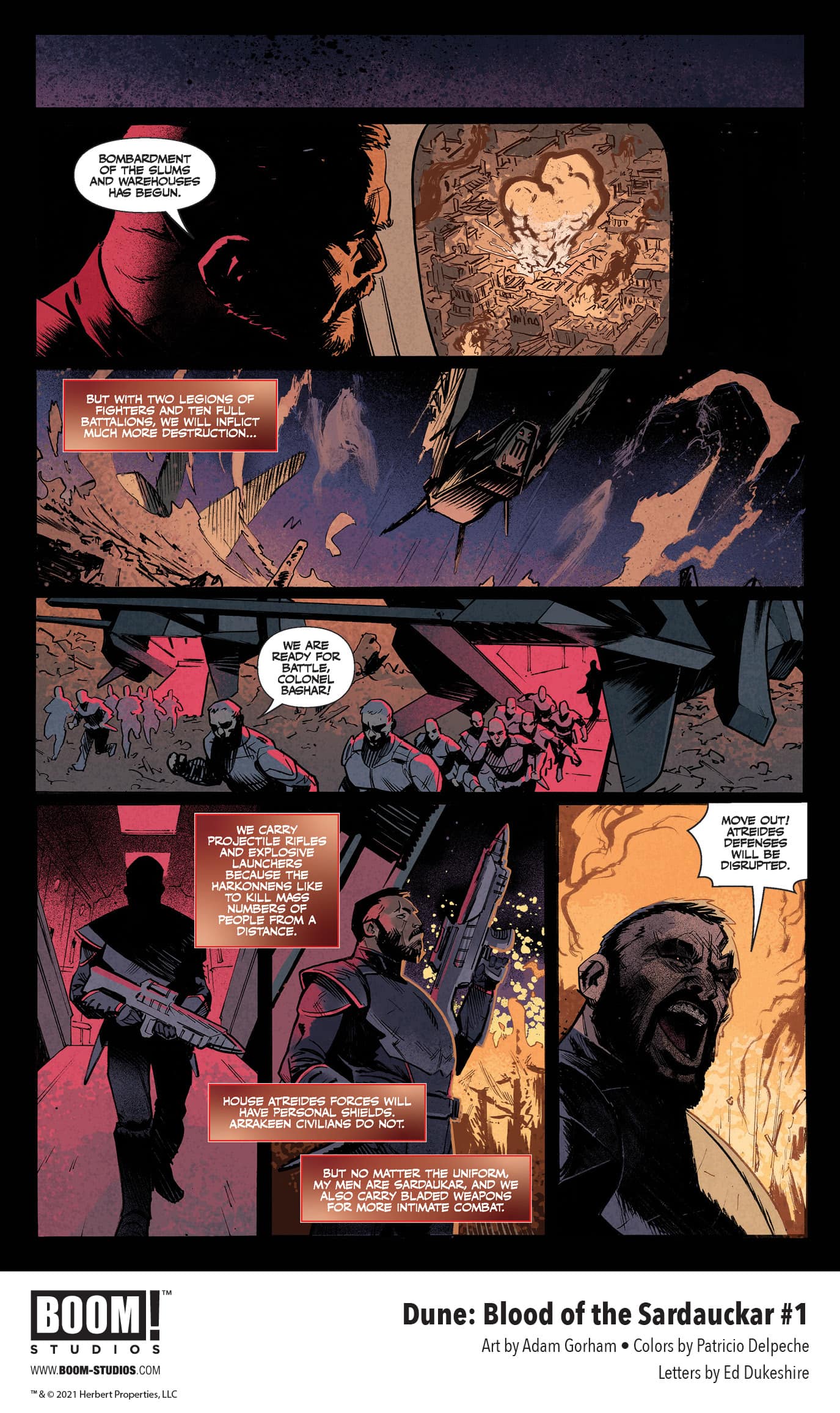 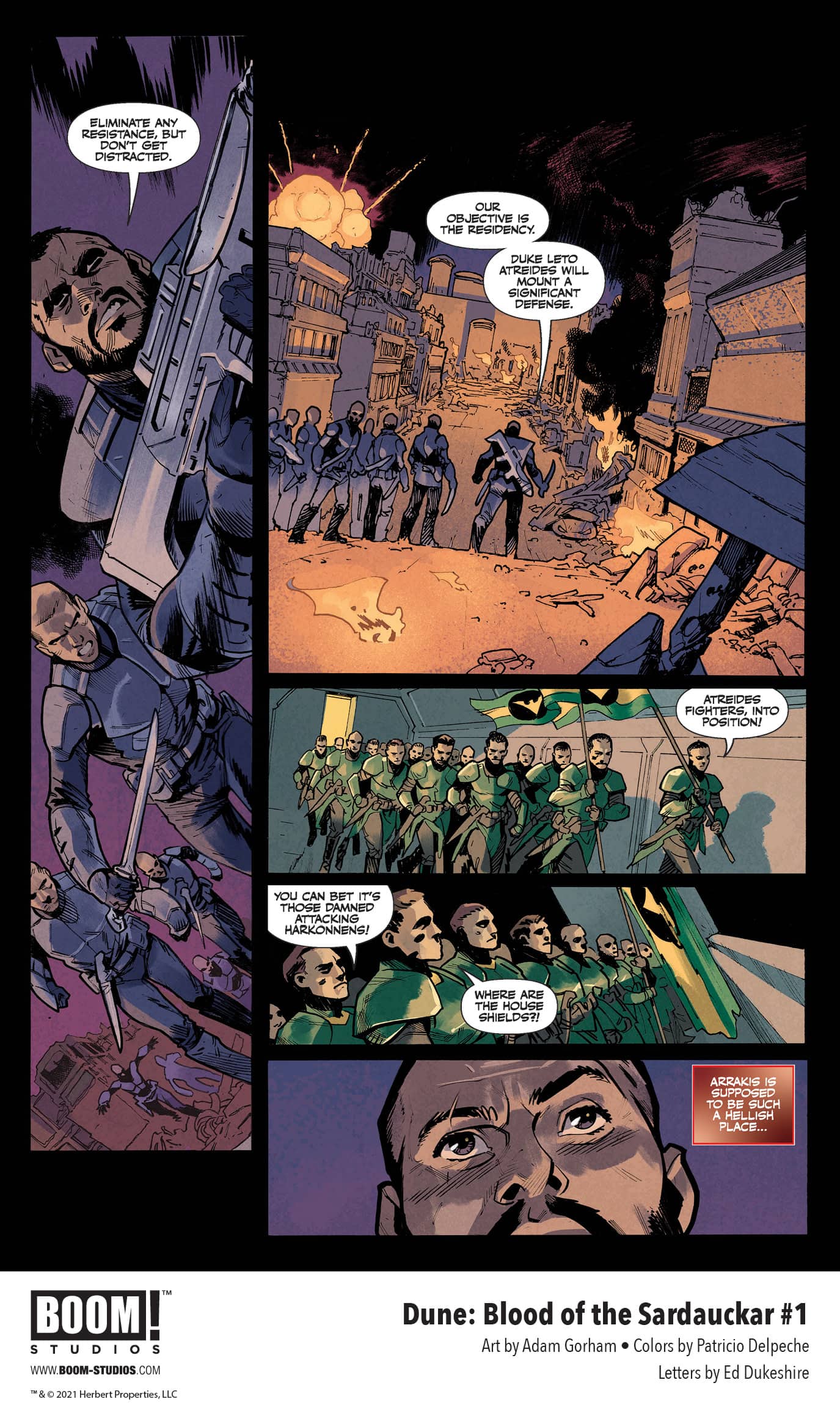 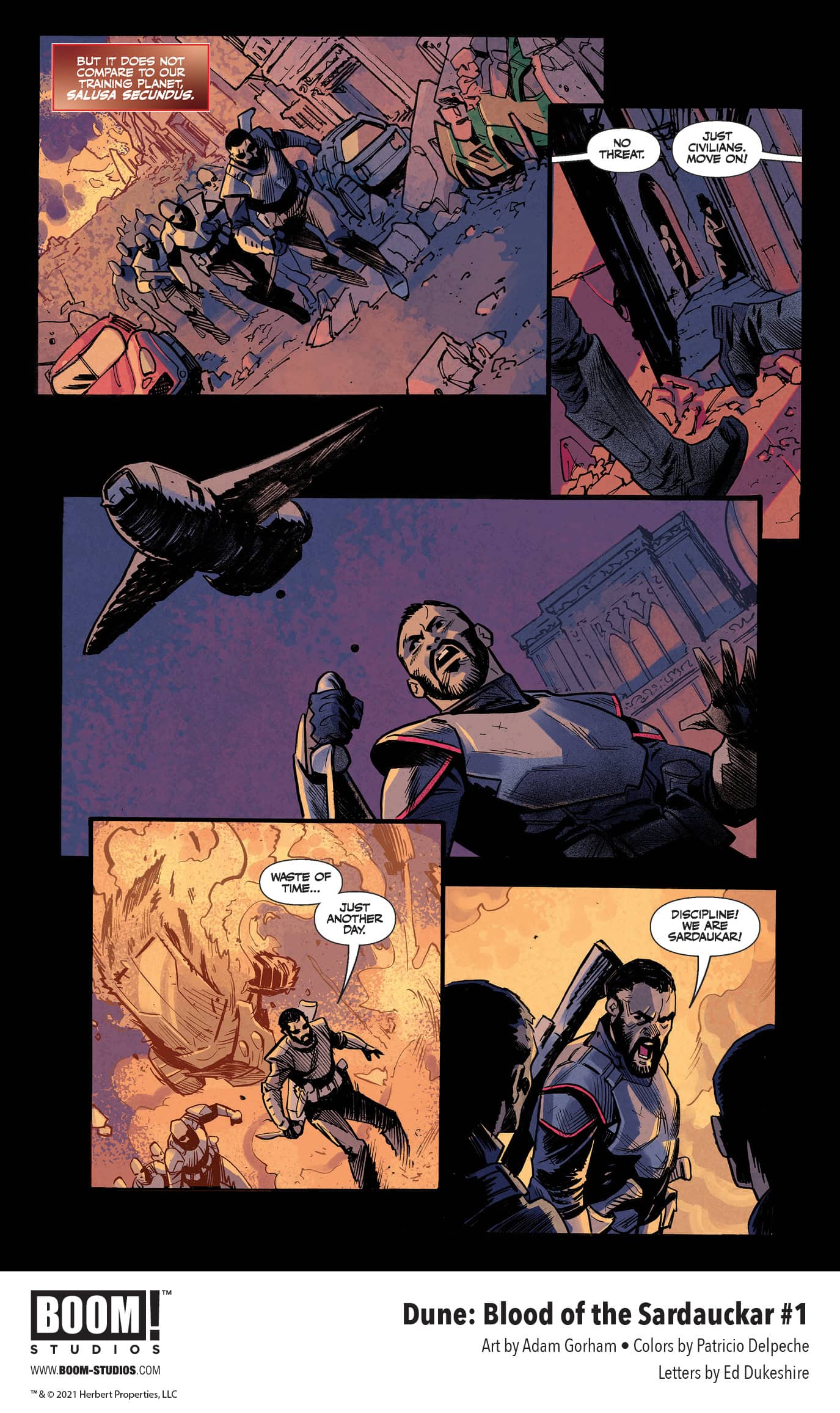 Print copies of DUNE: BLOOD OF THE SARDAUKAR #1 will be available on July 28, 2021, at local comic book shops (use comicshoplocator.com to find the nearest one), or at the BOOM! Studios webstore. Digital copies can be purchased from content providers like comiXology, iBooks, Google Play, and Kindle.

NEWS WATCH: Choose Vengeance or Honor in Your First Look at DUNE: BLOOD OF THE SARDAUKAR #1