The Kennedy assassination is a rat’s nest of conspiracy theories: mafia involvement, the second gunman, government cover-up… but the most important chapter of this sordid tale may just be the theory that the body buried at Oswald’s Rose Hill gravesite is not actually Lee Harvey himself.

Meet the ragtag group of “useful idiots” – a wannabe cowboy from Wisconsin, a Buddy Holly-idolizing (former) car thief, a world-weary Civil Rights activist ready for revolution, and a failed G-Man who still acts the part – who are unwittingly brought together to clean up the crime of the century, and specifically deal with the matter of Oswald’s body. 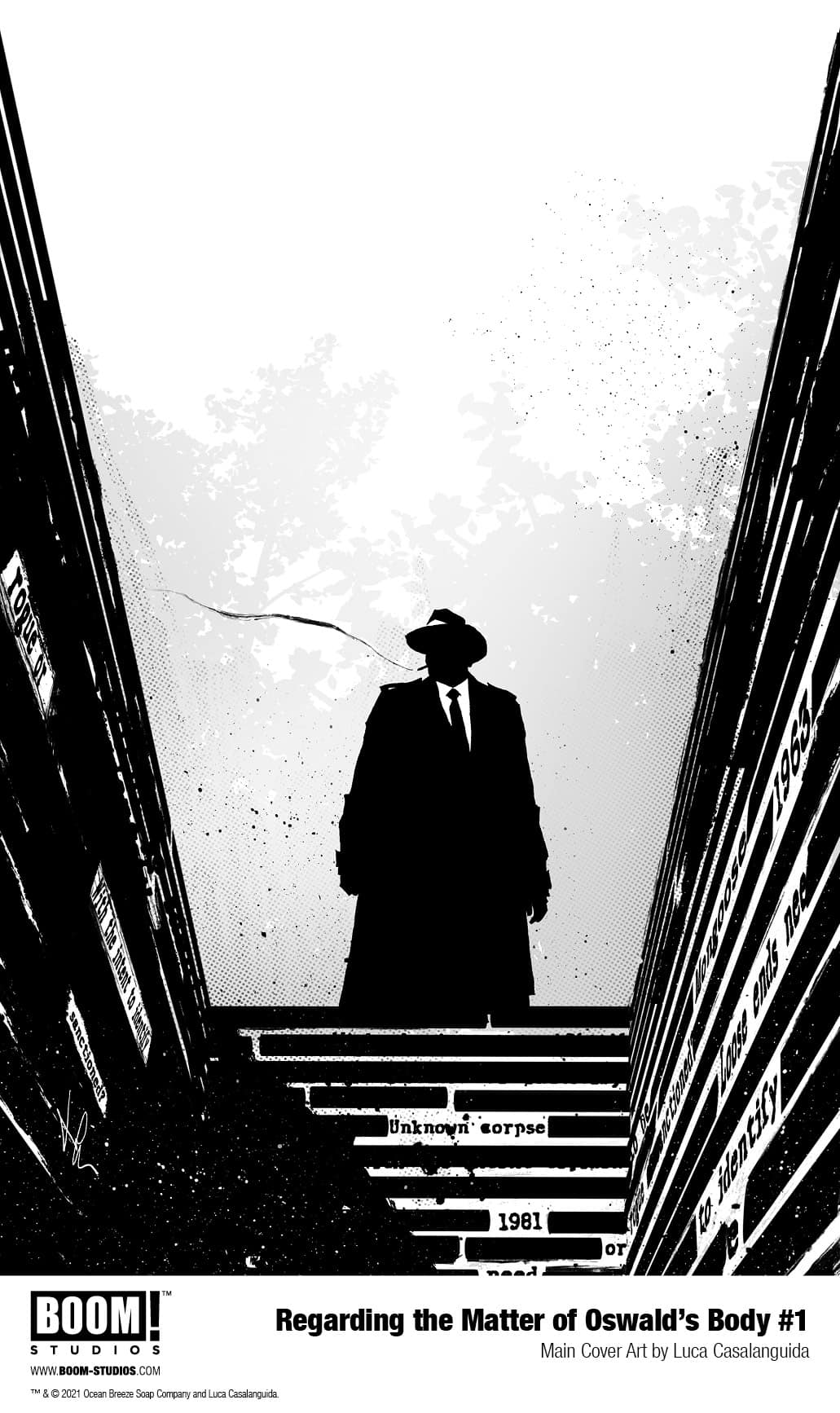 “As a Dallas native and born obsessive, the Kennedy assassination and its infinite mysteries have often occupied my stray thoughts,” said Cantwell. “REGARDING THE MATTER OF OSWALD’S BODY is both an oddball love letter and an offbeat elegy to the strangest, most wistful, and ultimately tragic elements of the state of Texas, with a cast of characters you’ll love, love to hate, and be sometimes hilariously confounded by.”

“It’s been a fun experience diving right into the middle of this story! REGARDING THE MATTER OF OSWALD’S BODY is a compelling and exciting thriller that managed to pull me in completely as I was illustrating it, and I hope you’ll feel the same way when you finally get a chance to read it!” said Casalanguida.

“REGARDING THE MATTER OF OSWALD’S BODY is a story Chris & Luca were born to tell, and it’s been a pleasure watching them bring this absurdist Texan tale to life alongside the incomparable Giada and AndWorld Design,” said Eric Harburn, Senior Editor, BOOM! Studios. 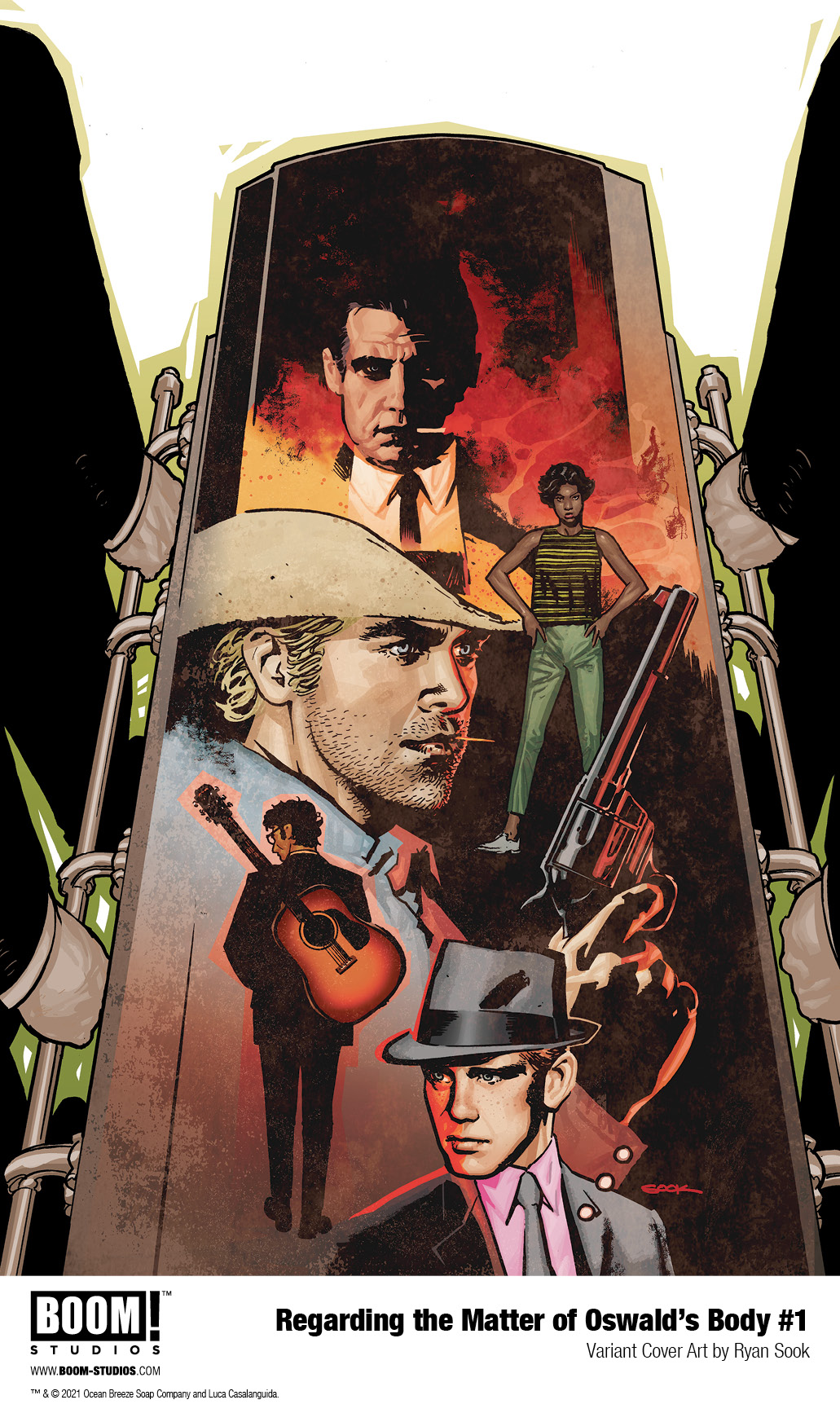 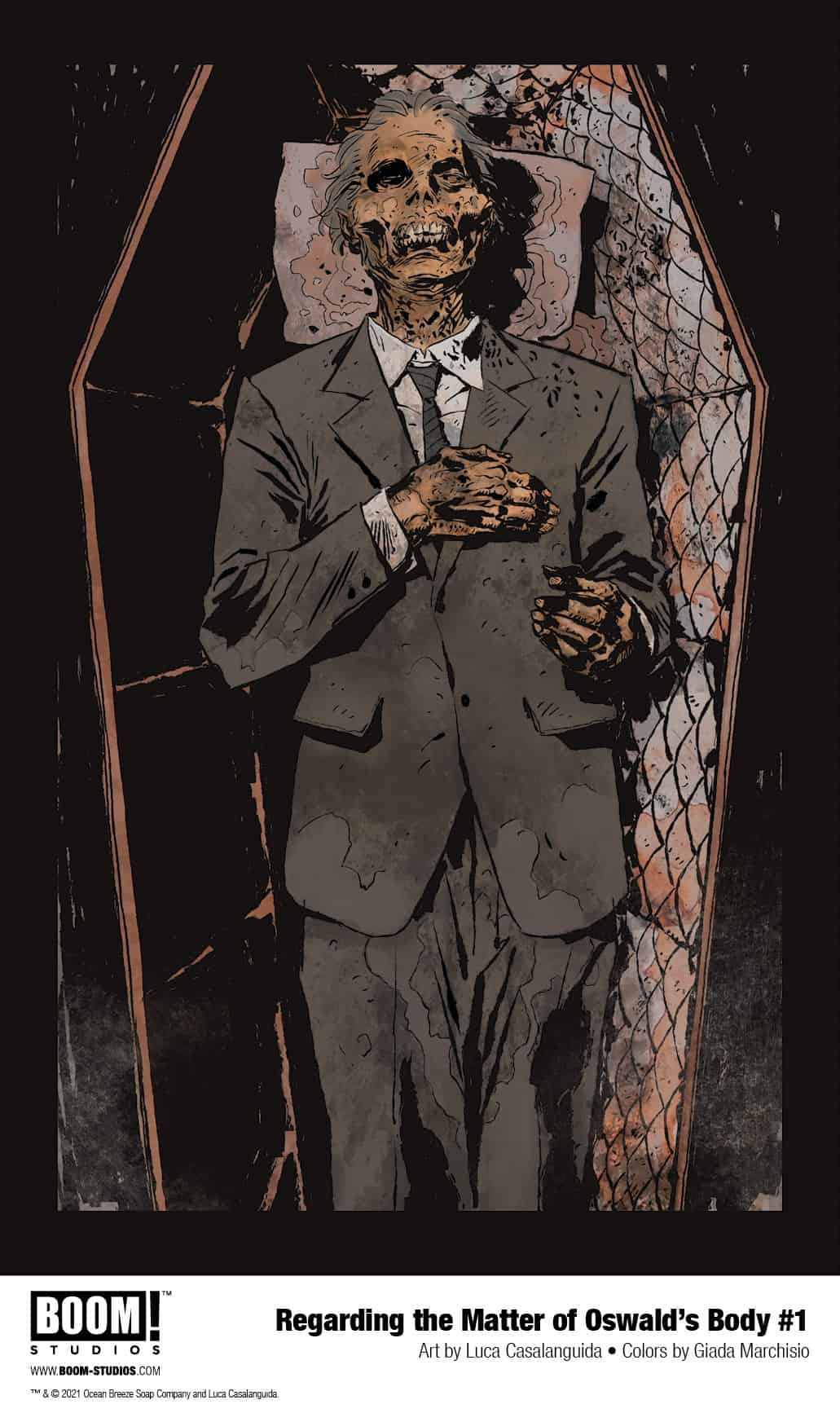 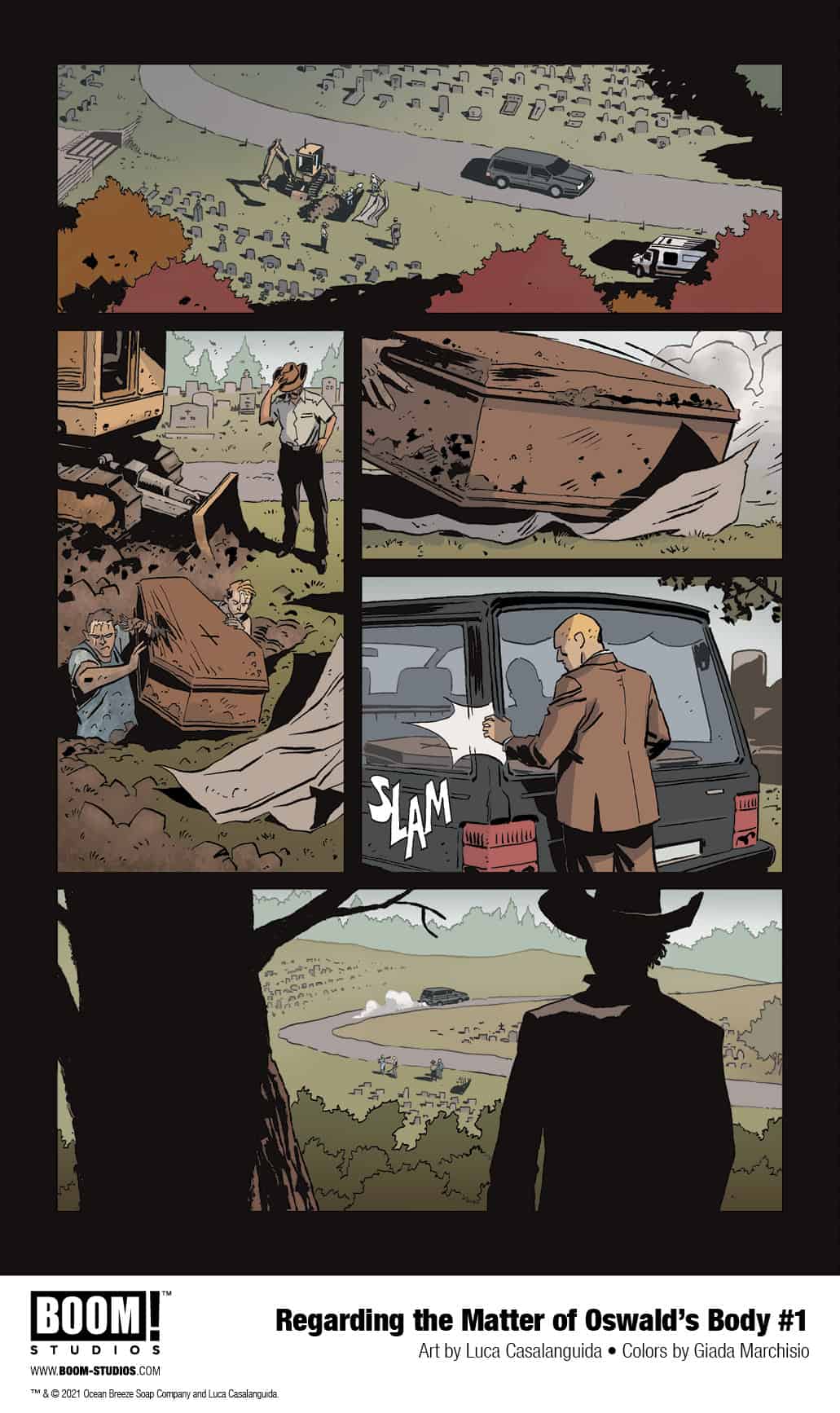 Print copies of REGARDING THE MATTER OF OSWALD’S BODY #1 will be available for sale in November 2021 exclusively at local comic book shops (use comicshoplocator.com to find the nearest one) or at the BOOM! Studios webstore. Digital copies can be purchased from content providers, including comiXology, iBooks, Google Play, and Kindle.

For continuing news on REGARDING THE MATTER OF OSWALD’S BODY and more from BOOM! Studios, stay tuned to www.boom-studios.com and follow @boomstudios on Twitter.