NEWS WATCH: Christopher Cantwell and Luca Casalanguida’s REGARDING THE MATTER OF OSWALD’S BODY #1

The Kennedy assassination is a rat’s nest of conspiracy theories: mafia involvement, the second gunman, government cover-up… but the most important chapter of this sordid tale may just be the theory that the body buried at Oswald’s Rose Hill gravesite is not actually Lee Harvey himself.

Meet the ragtag group of “useful idiots” – a wannabe cowboy from Wisconsin, a Buddy Holly-idolizing (former) car thief, a world-weary Civil Rights activist ready for revolution, and a failed G-Man who still acts the part – who are unwittingly brought together to clean up the crime of the century, and specifically deal with the matter of Oswald’s body.

REGARDING THE MATTER OF OSWALD’S BODY is the newest release from BOOM! Studios’ eponymous imprint, home to critically acclaimed original series, including BRZRKR by Keanu Reeves, Matt Kindt, and Ron Garney; Something is Killing the Children by James Tynion IV and Werther Dell’Edera; Once & Future by Kieron Gillen and Dan Mora; We Only Find Them When They’re Dead by Al Ewing and Simone Di Meo; Seven Secrets by Tom Taylor and Daniele Di Nicuolo; Eat the Rich by Sarah Gailey and Pius Bak; Maw by Jude Ellison S. Doyle and A.L. Kaplan; and Basilisk by Cullen Bunn and Jonas Scharf. The imprint also publishes popular licensed properties, including Dune: House Atreides from Brian Herbert, Kevin J. Anderson, and Dev Pramanik; Mighty Morphin and Power Rangers from Ryan Parrott, Marco Renna, and Francesco Mortarino; and Magic from Jed McKay and Ig Guara. 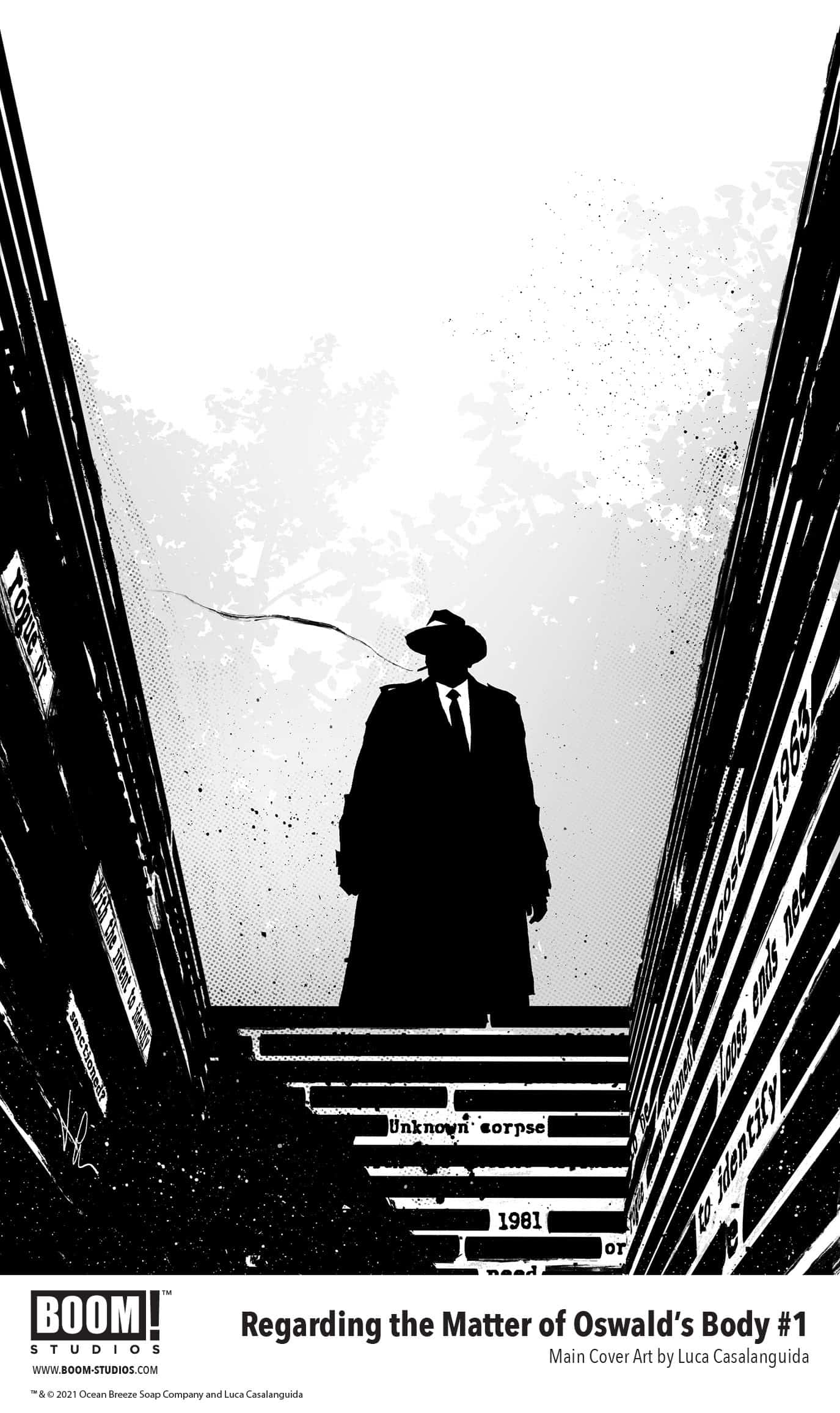 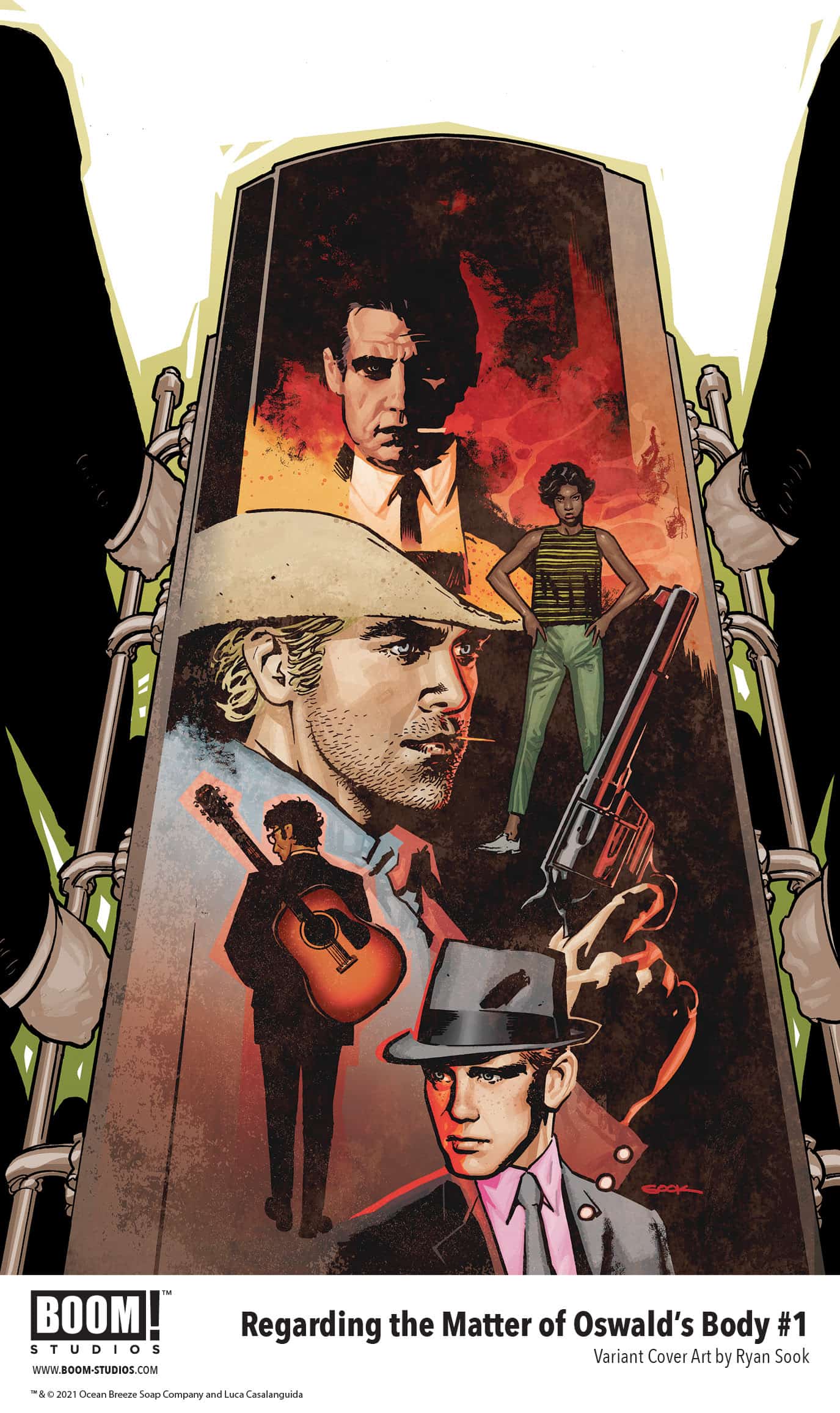 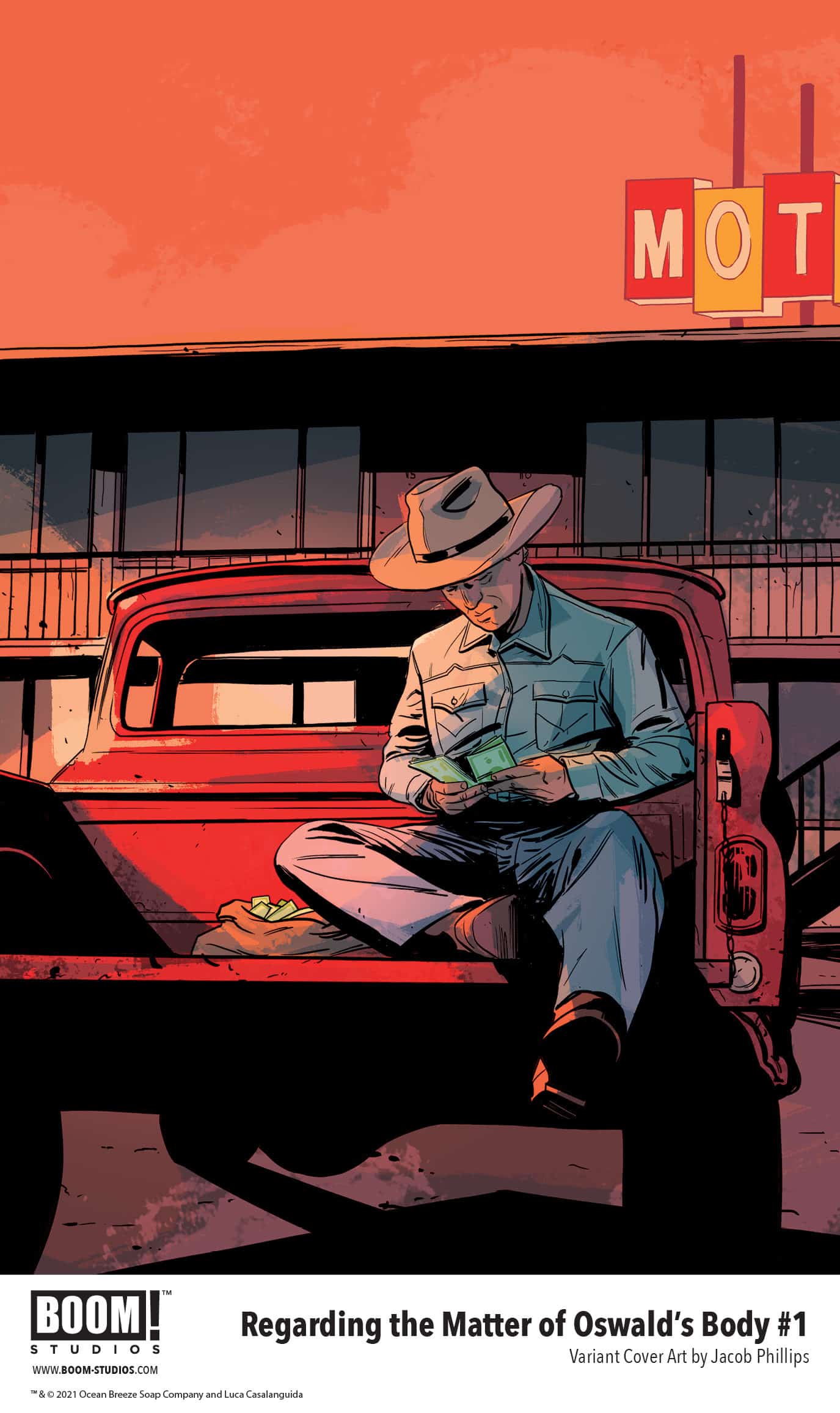 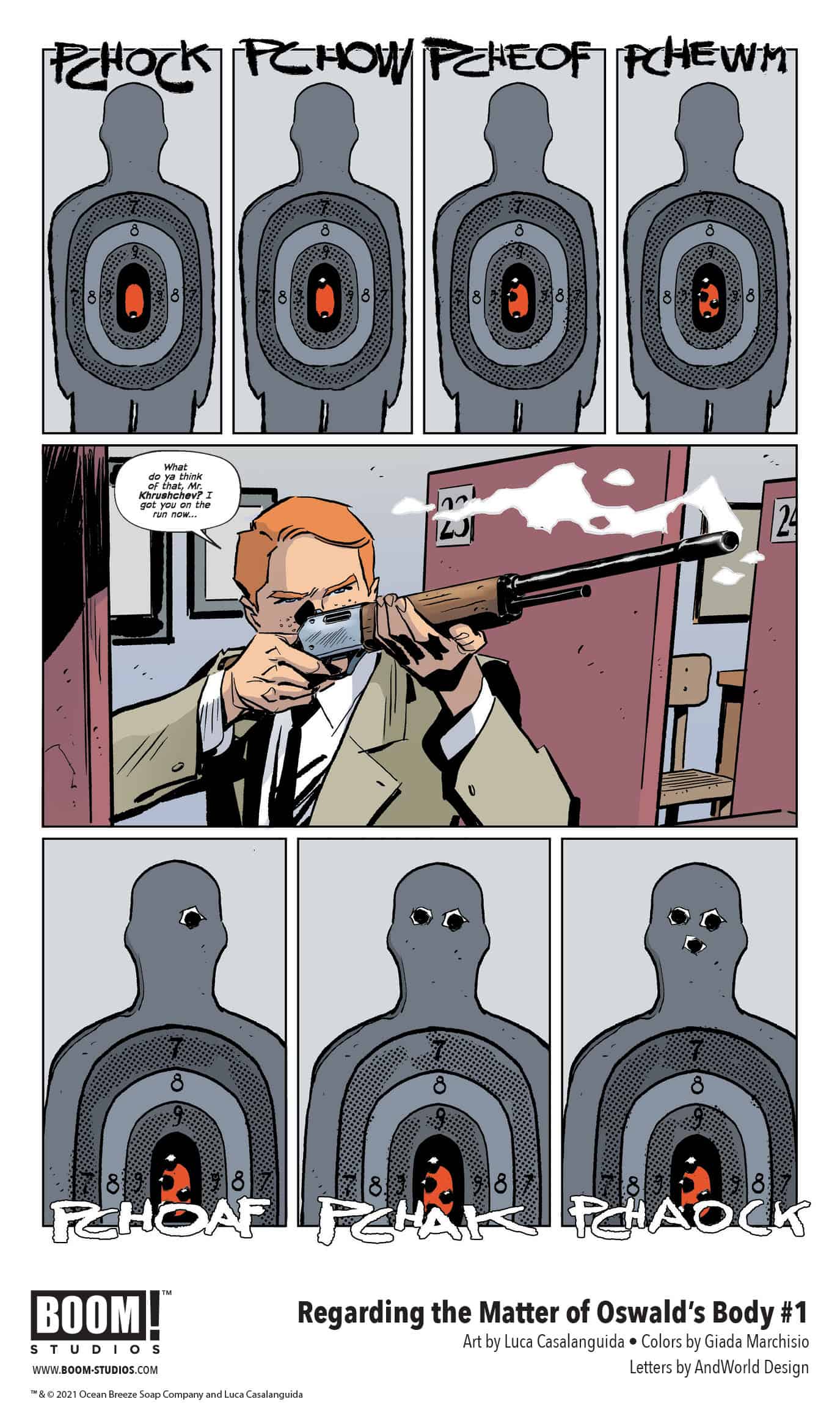 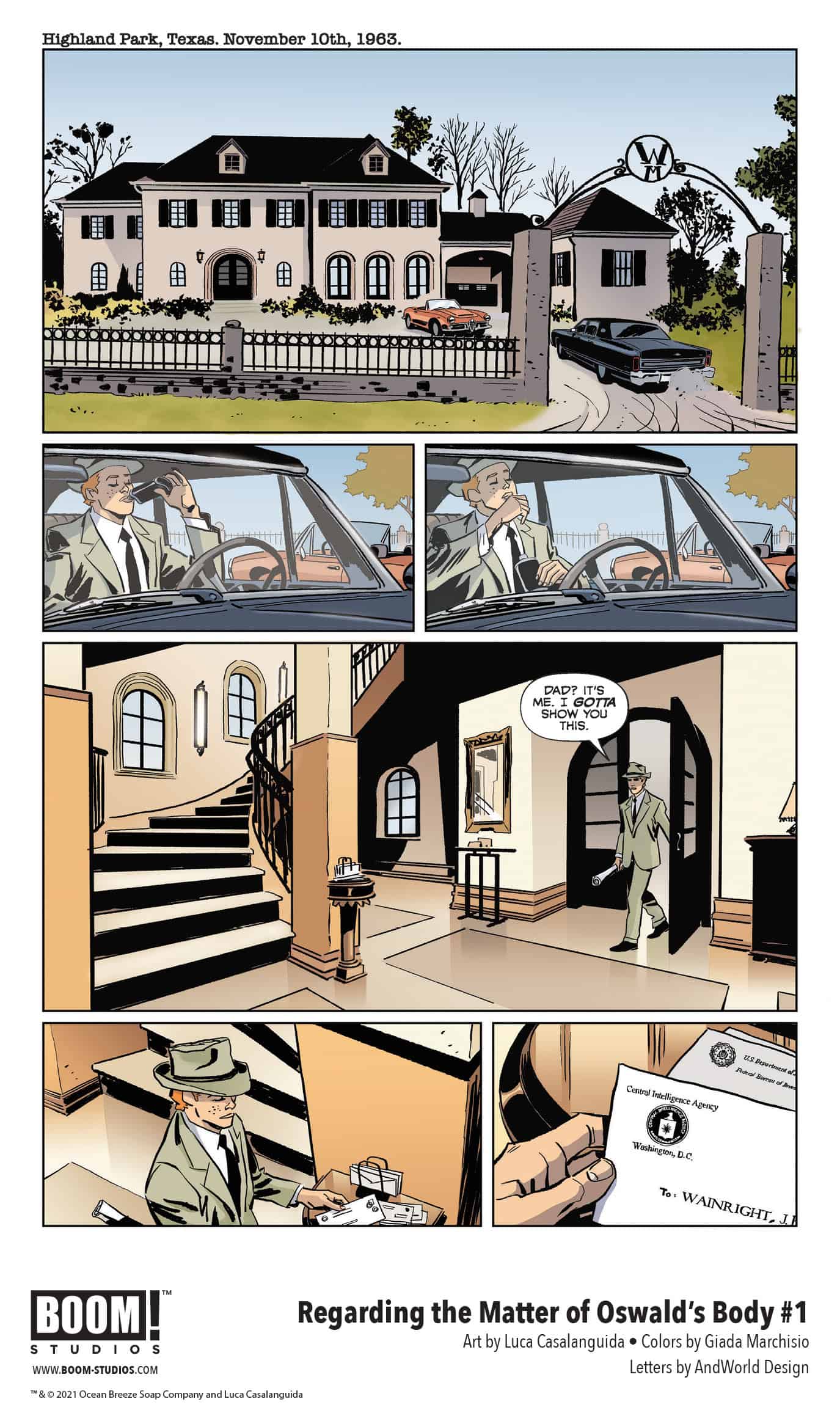 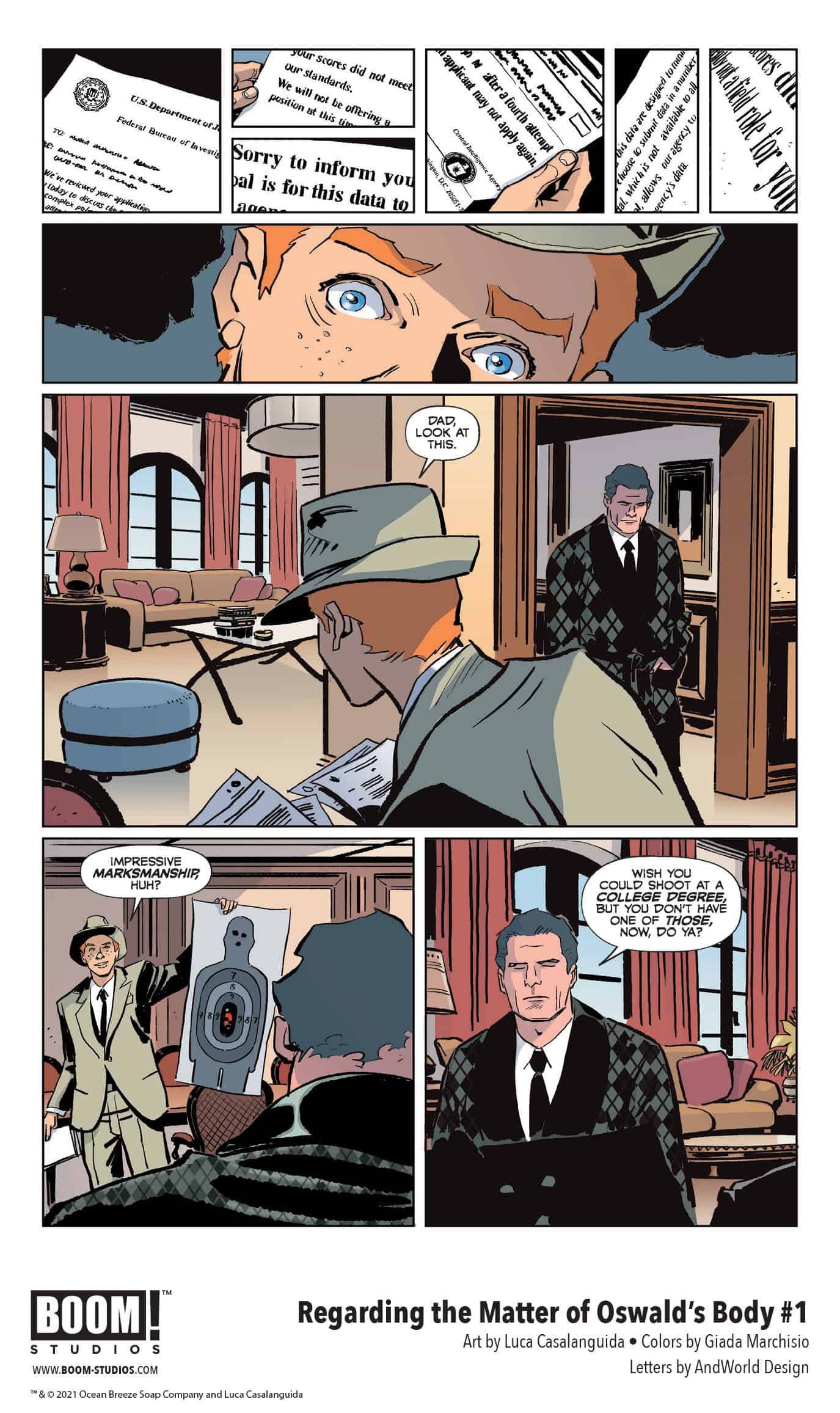 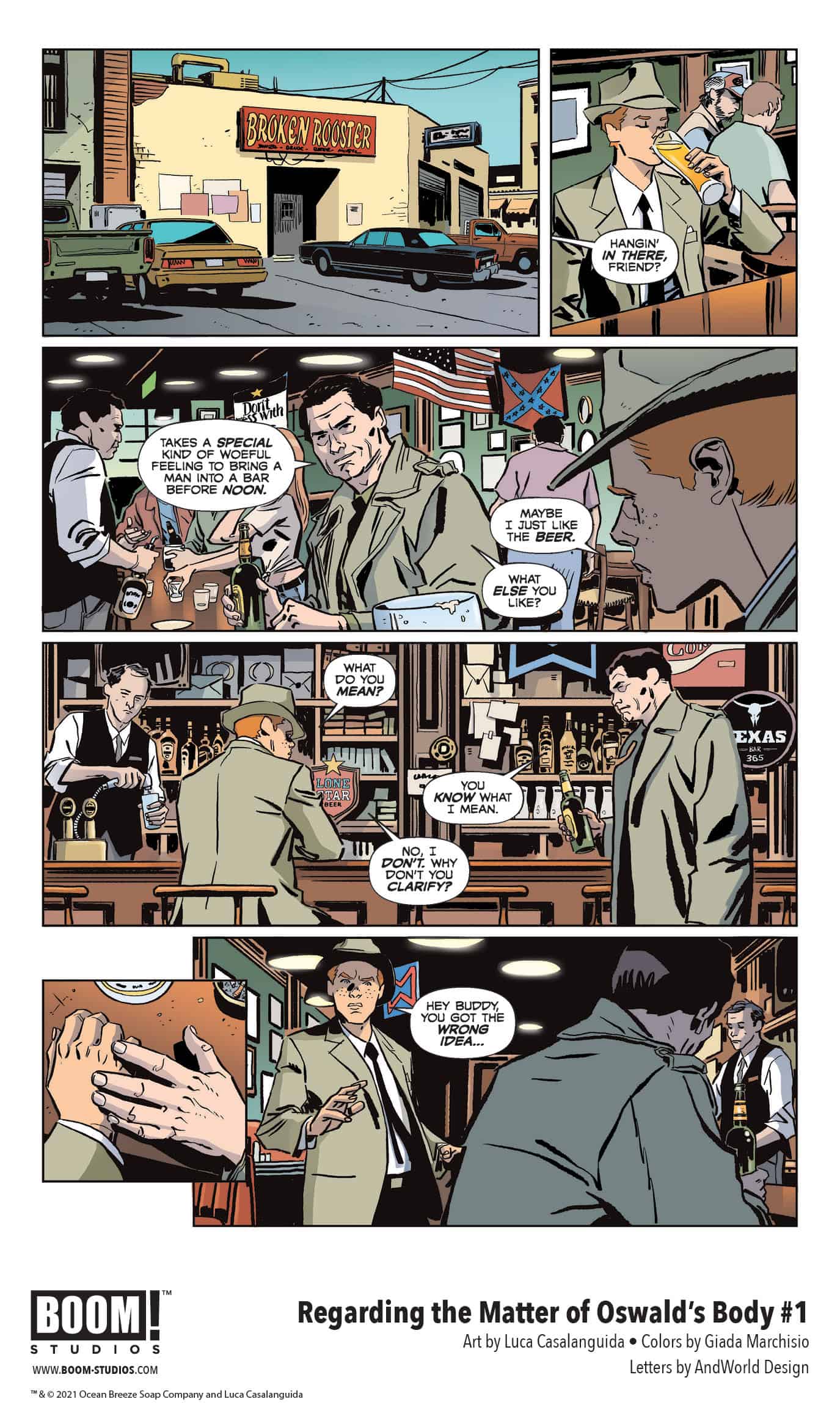 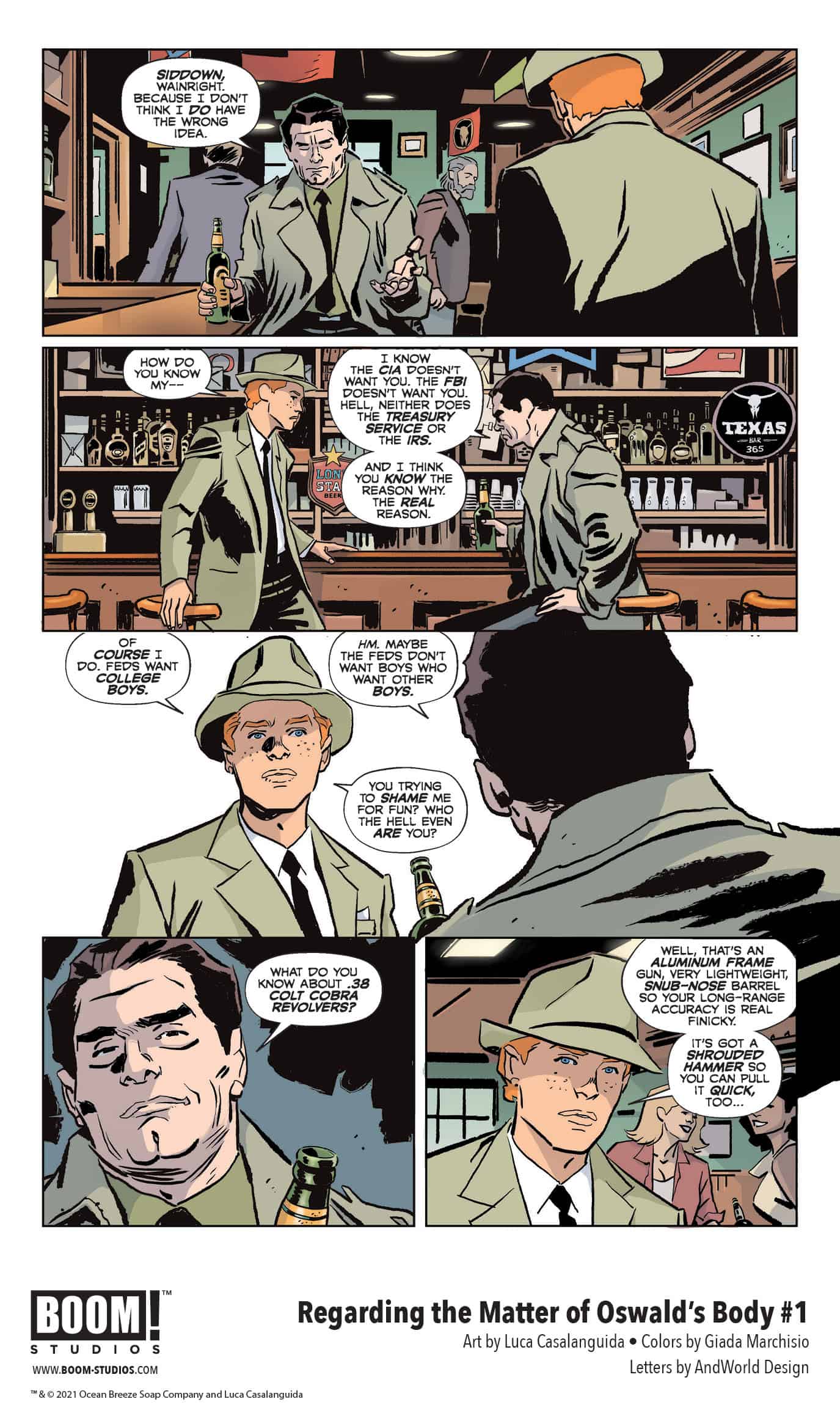 Print copies of REGARDING THE MATTER OF OSWALD’S BODY #1 will be available on November 10, 2021 exclusively at local comic book shops (use comicshoplocator.com to find the one nearest you) or at the BOOM! Studios webstore. Digital copies can be purchased from content providers, including comiXology, iBooks, Google Play, and Kindle.

NEWS WATCH: Christopher Cantwell and Luca Casalanguida’s REGARDING THE MATTER OF OSWALD’S BODY #1