This January, fans will get the chance to return to the era when Ben Reilly was the one, true Spider-Man in BEN REILLY: SPIDER-MAN, an all-new limited series by iconic Spider-Man scribe J.M. DeMatteis and explosive artist David Baldeón! To celebrate these untold adventures of Ben Reilly, Marvel is proud to unveil another hidden piece of Ben Reilly history: legendary artist Dan Jurgen’s unused Ben Reilly costume design! Jurgen original design sheet and sketch art from 1995 will adorn BEN REILLY: SPIDER-MAN #1 as variant covers and this bold costume may also play a surprising role in Ben Reilly’s saga by the end of the new series…

Here’s what Jurgens had to say about his costume design seeing new light as covers:

“Back in 1995 when we were launching the new SENSATIONAL SPIDER-MAN series with Ben Reilly taking over as Spidey, we decided to tweak his costume. Mark Bagley and I each took a swing and Mark’s classic design—quite appropriately—was the winner. I filed the art away and pretty much forgot about it until the new series came up in a recent conversation and I happened to think of it. Definitely cool now that, after all these years, this other version will finally see the light of day as one of the variants to BEN REILLY: SPIDER-MAN #1. It’s even more cool to be drawing Ben again, with regular variant covers for the duration of the series!”

Check out Dan Jurgen’s design below as well as all six covers for BEN REILLY: SPIDER-MAN #1 including variant covers by Skottie Young and Alex Maleev and pick up the debut issue on January 19! For more information, visit Marvel.com. 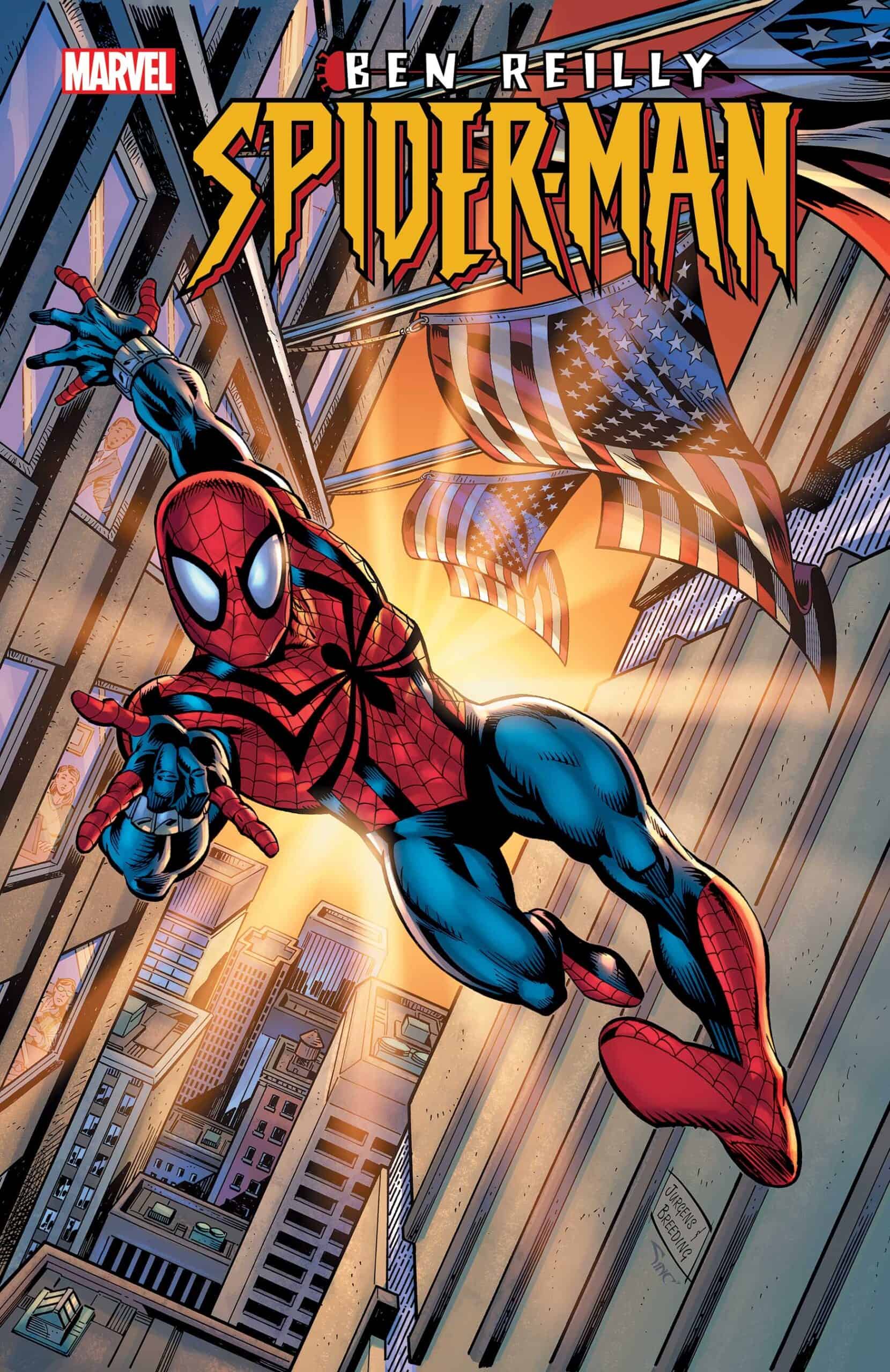 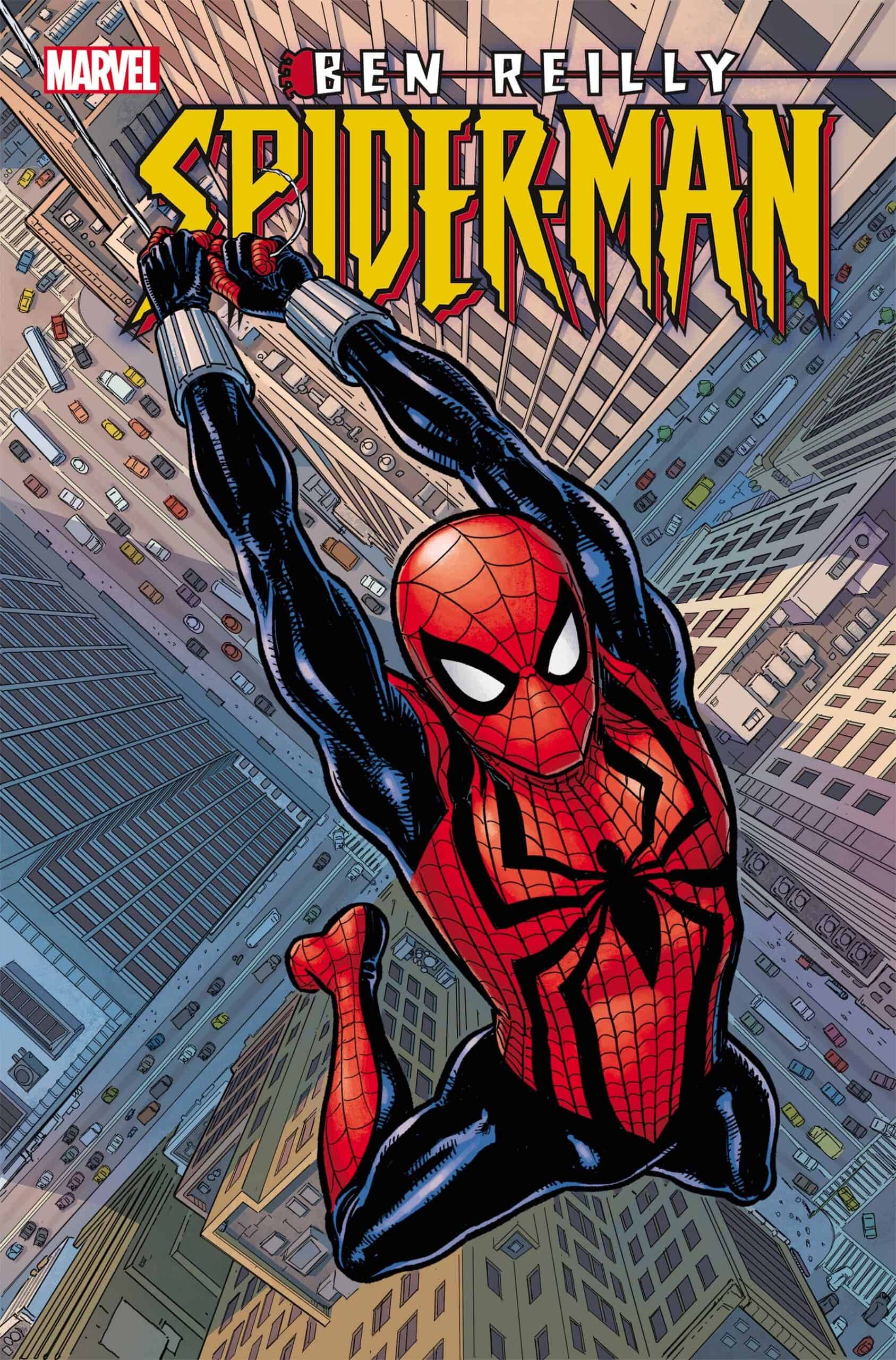 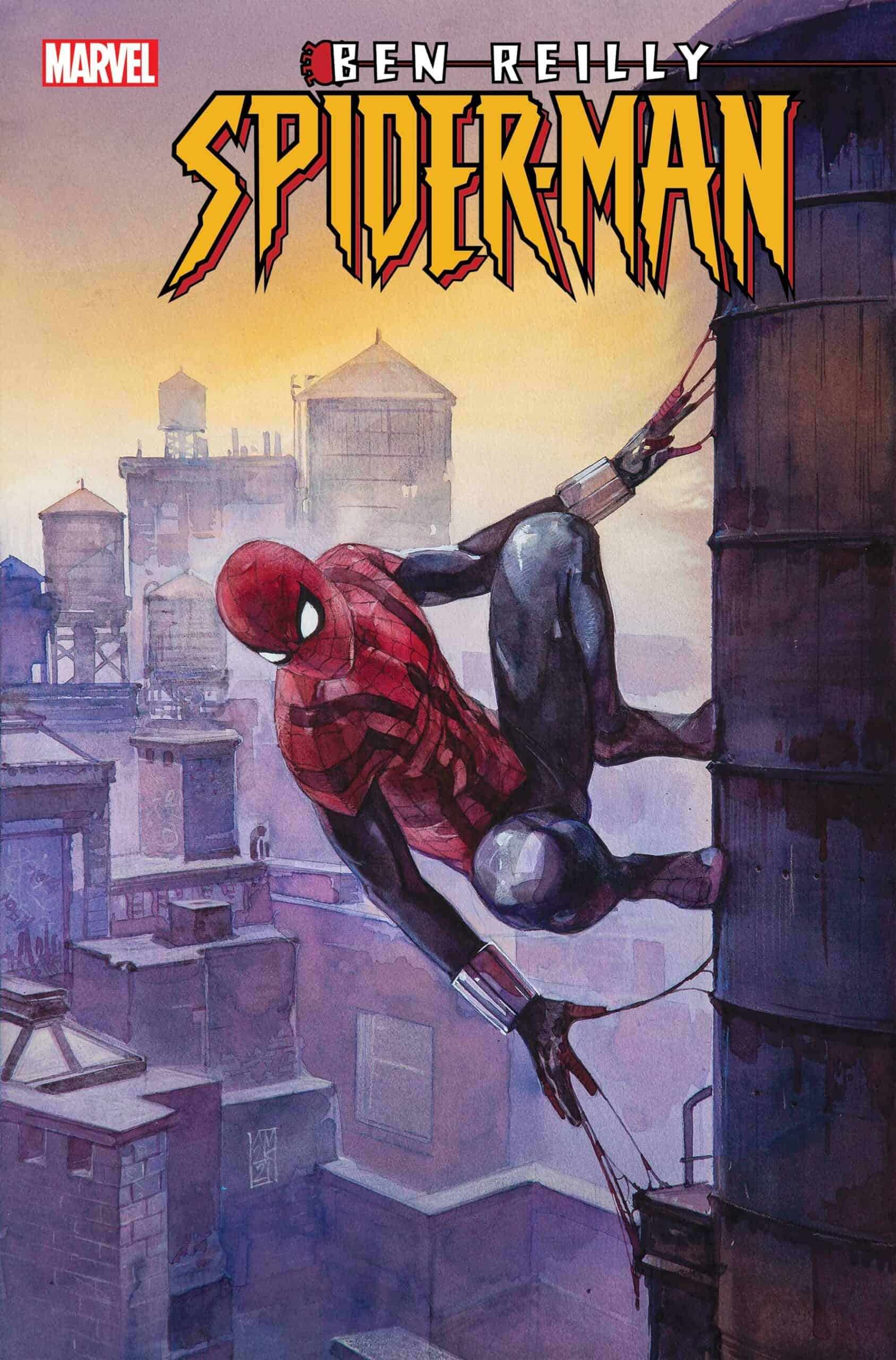 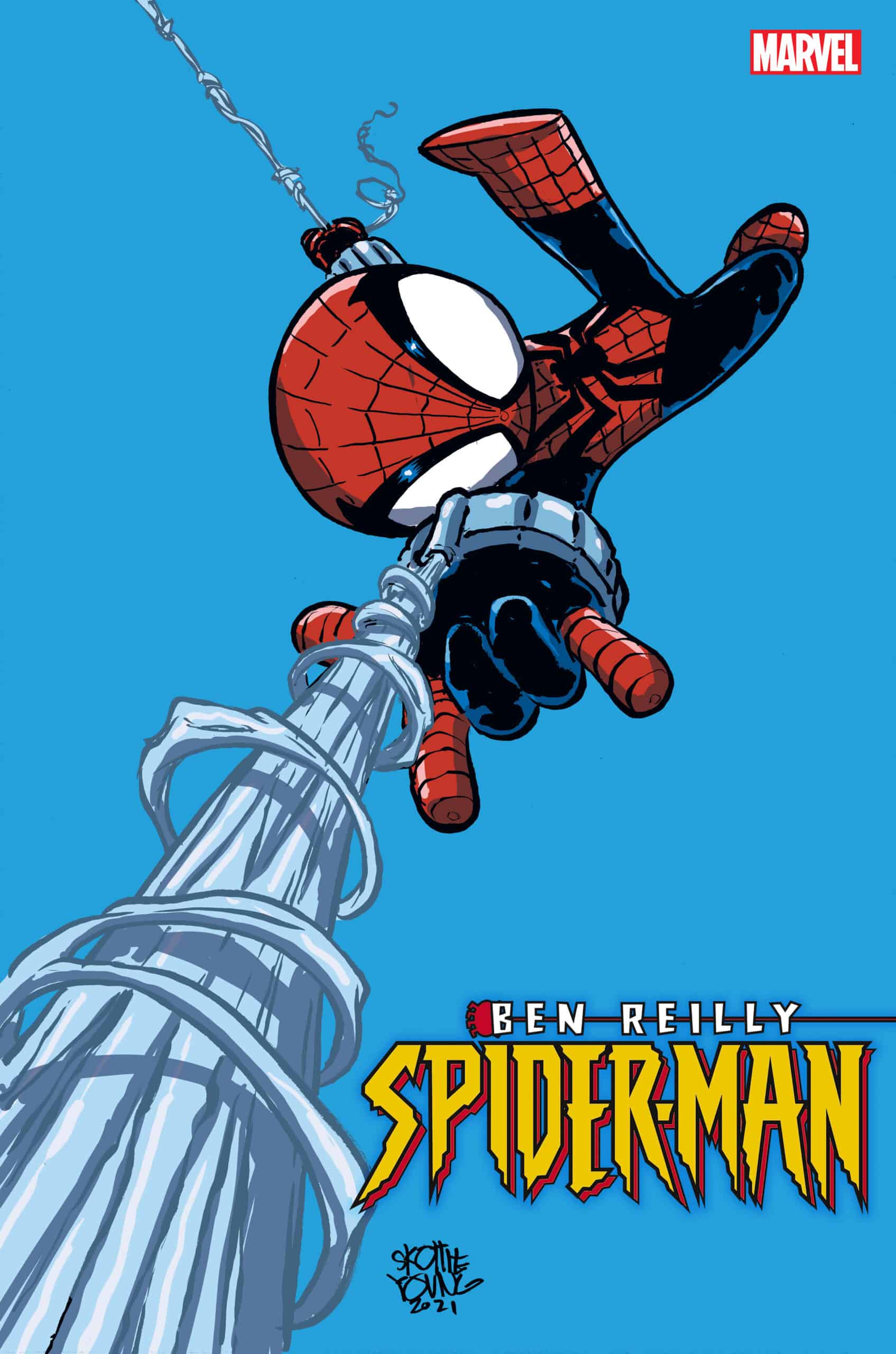 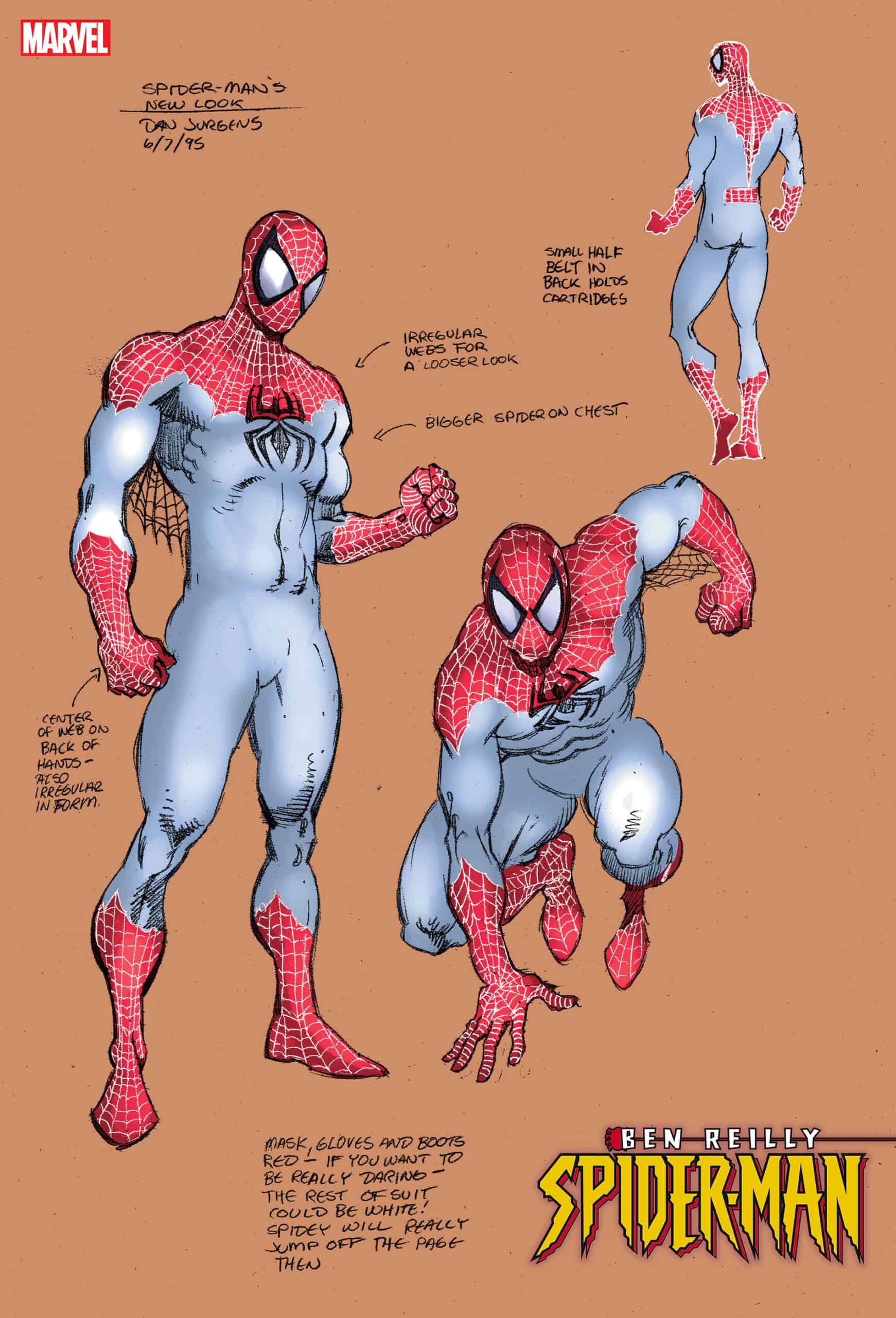 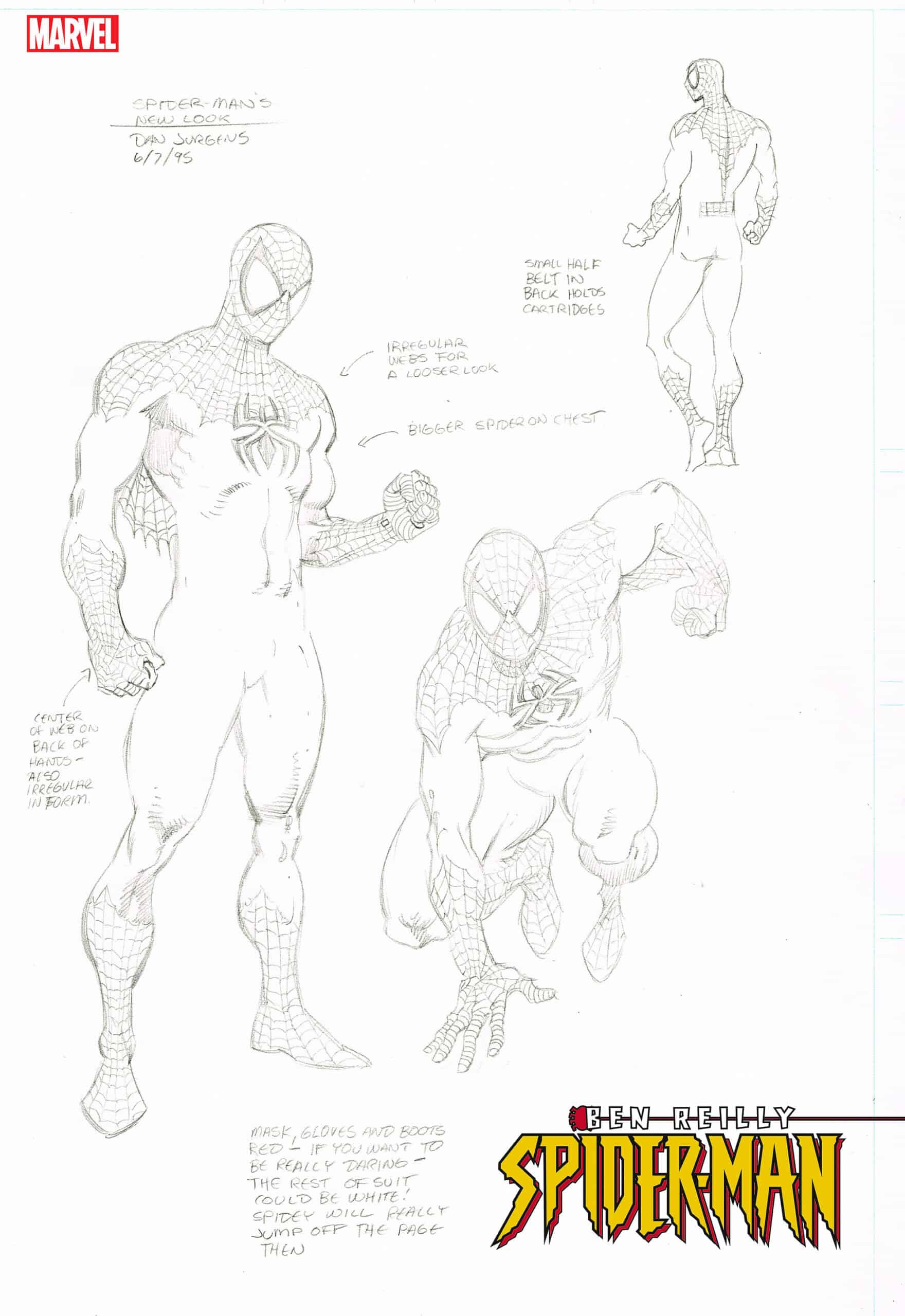