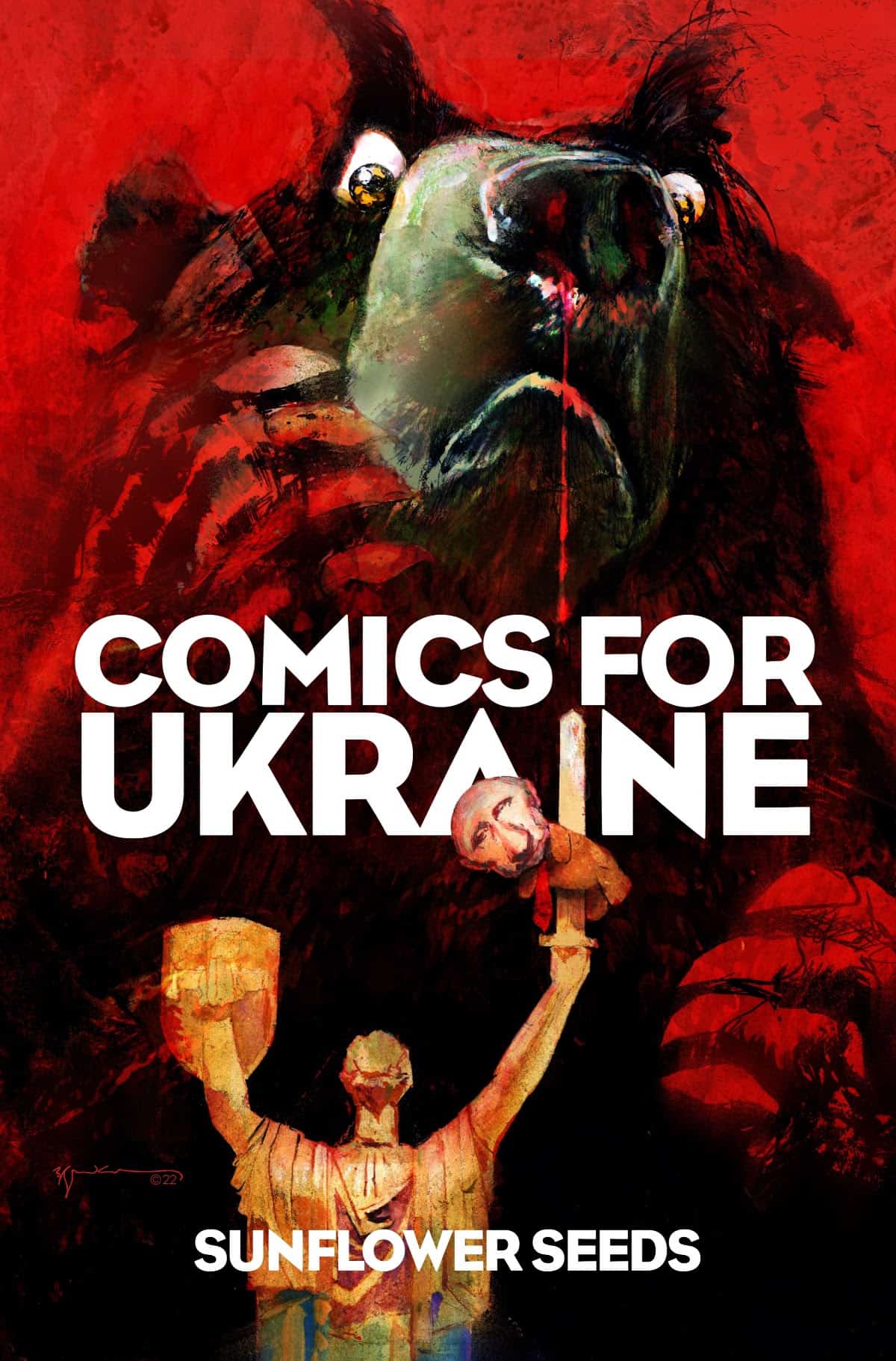 Last week, more than three dozen comic-book writers, artists, colorists, letterers, designers, and editors announced a collection of all-new comic-book stories to raise money to aid refugees in Ukraine. Comics for Ukraine: Sunflower Seeds, the benefit anthology edited by Scott Dunbier, with all proceeds going to Operation USA, surpassed an initial $35,000 funding goal just twelve hours after the campaign launched, with over $113,000 from over 900 contributors raised to date. The book will be full-color, 96 pages, 8 x 12 inches, and available in both hardcover and softcover editions, with hundreds of supporters on day one. As the campaign enters a second week of funding, it is announced that Eisner Award-winner Colleen Doran, legendary illustrator Greg Hildebrandt, and celebrated cover artist Joe Jusko have joined the project.

Colleen Doran said “(I am) honored to do what small part I can to aid the brave people of Ukraine and to celebrate Ukrainian heritage.”

Greg Hildebrandt added “Neither Jean nor I ever expected to live long enough to see Russia attack any country simply out of greed. The savagery we have witnessed in these past weeks is beyond anything we can fathom. Our hearts break for the people of Ukraine. The loss of life is stunning. The monstrously evil insanity of Putin’s War is equal to the Turks attempt to exterminate the Armenians in WWI and Hitler’s attempt to exterminate the Jews in WWII. Any project that I can lend my art to that will thwart Putin is a project I will join with all my heart, soul and mind. Thank you for the opportunity to be a part of this project.”

Joe Jusko concluded “As a third generation Ukrainian American whose grandmother had her entire lineage erased during WWII, I am honored to contribute to this most important endeavor.”

“I’ve been absolutely overwhelmed by the response to COMICS FOR UKRAINE,” said editor Scott Dunbier. “Not only because people have come together to support this project, and in doing so the people of Ukraine, but also the scores of comics creators—writers, artists, colorists, letterers—who have volunteered their skills since the campaign launched last week. And whether or not you back this campaign, please stand with the people of Ukraine in any way you can.”

Apart from hard costs (printing, credit-card fees, marketing, etc.) all of the funds raised by Comics for Ukraine: Sunflower Seeds will benefit the relief efforts in Ukraine in partnership with Operation USA, so while the initial funding goal has been met, continued support will maximize the impact on the lives of those deeply affected by the ongoing war—improving conditions for Ukrainian refugees in neighboring countries via the provision of emergency grants and in-kind material aid.

Operation USA supports health and education programs to help children and families at home and abroad recover and thrive in the wake of disasters, disease, violence and endemic poverty.  Every day, they strive to meet the needs of under-served and overlooked populations so that future generations may have the tools they need to create meaningful change in their own communities and lives. Working with partners around the world, they empower communities to recover, build resiliency and thrive in the face of pervasive obstacles during a time of unprecedented global need. Since 1979, OpUSA has delivered $450 million in aid to 101 countries. Learn more at opusa.org.

To contribute to these efforts and preorder your copy of Comics for Ukraine: Sunflower Seeds, please visit https://zoop.gg/c/comicsforukraine today! For more information on the work of Operation USA, visit give.opusa.org. 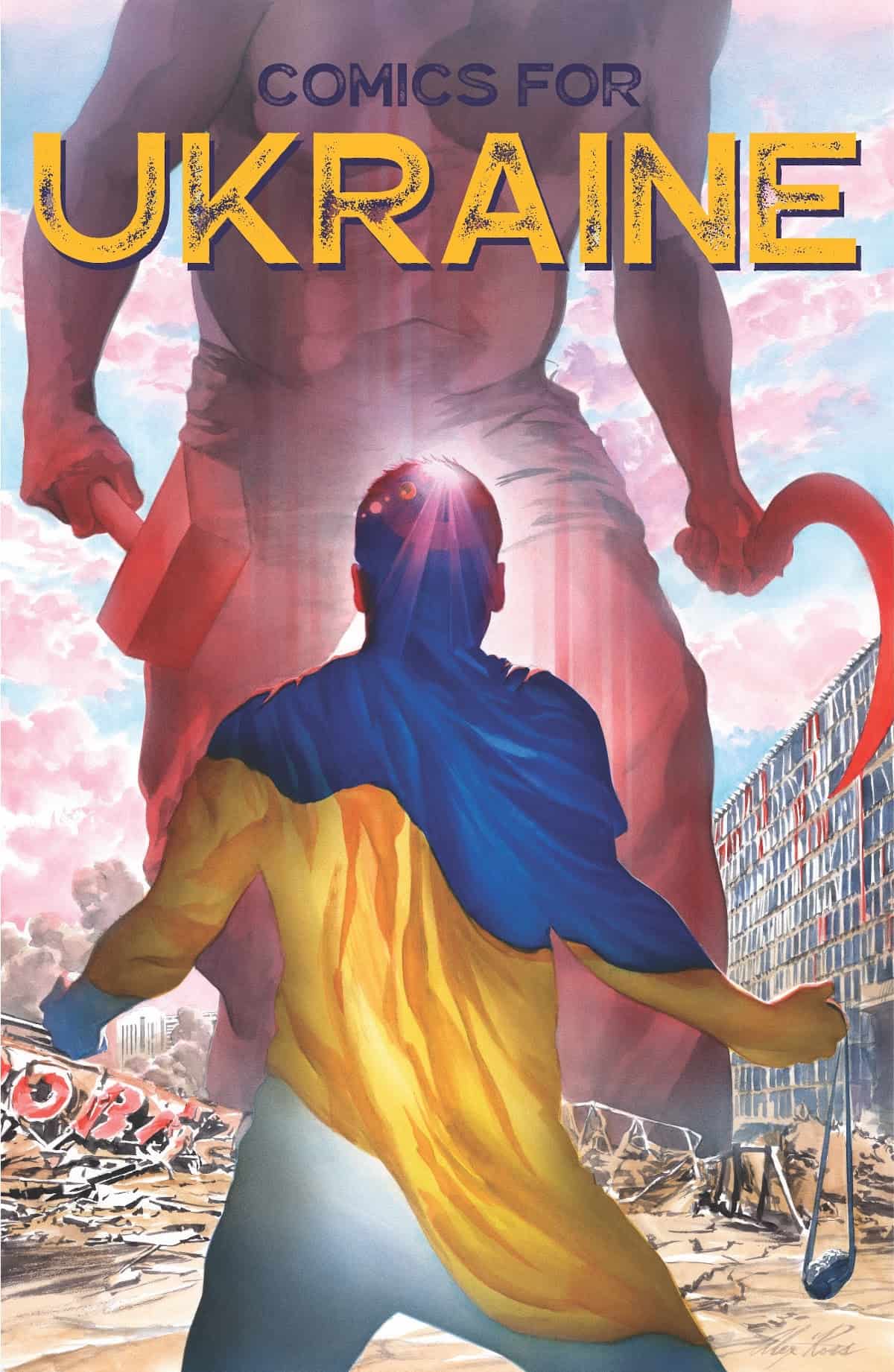 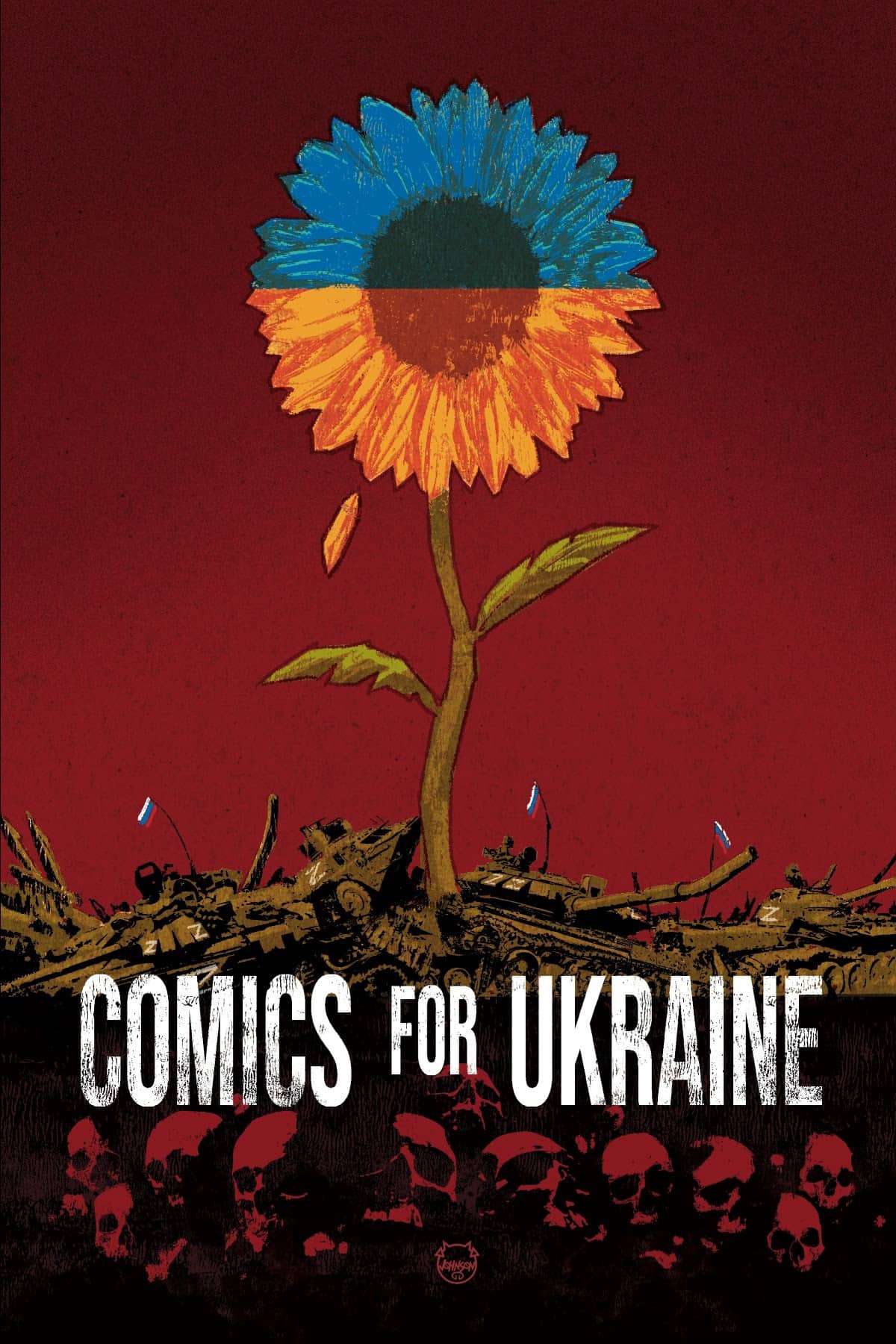