On the final dawn of an exhausted war, a rogue commander sets out on a warpath to confront a tyrannical baron.

Set in a sci-fi future after a decade of warfare against the despot Baron Klaus, a rogue embittered soldier decides to storm the Baron’s manor and kill him herself. A year later, stories are sung of her heroism, but the mystery of her motives remains. Thus begins the tale of COMMANDER RAO, a thrilling, fast-paced action comic of how violence begets violence, and how all the heroics of warfare are meaningless in the light of what has been lost.

“I never thought what began as an exercise to practice fight scenes would end up being my first published one-shot! With Commander Rao, I wanted to make something bombastic yet personal, a comic that would have you on the edge of your seat but leave you clutching your heart in the end. I hope readers will enjoy the fruits of those efforts. Being a fan of many Scout titles and creators over the past few years, it’s all too exciting to have Commander Rao be a part of that roster! Thank you for believing in my comic.” – Fell Hound

“A must read for fans of action comics” – Sequential Magazine 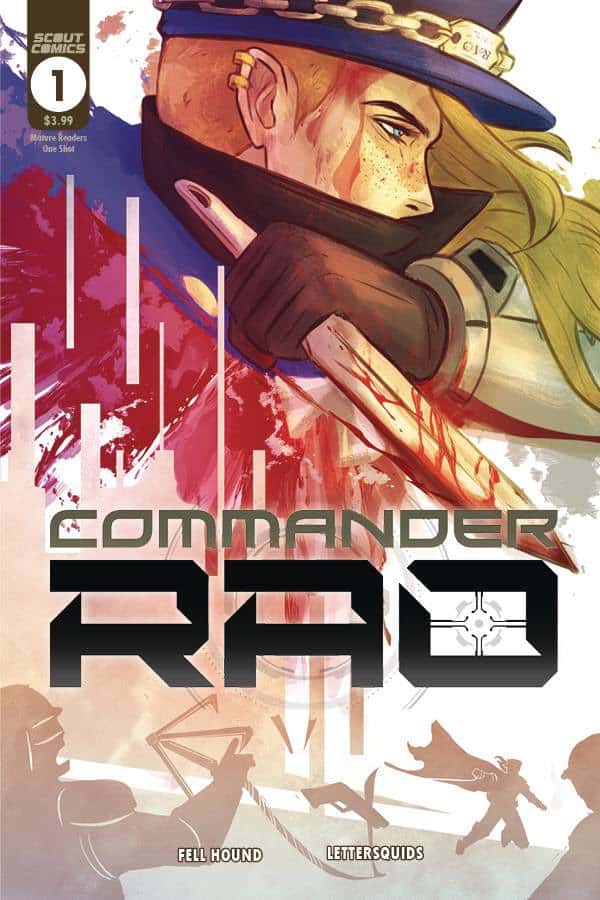 On the final dawn of an exhausted war, a rogue commander sets out on a warpath to confront a tyrannical baron. A year later, stories are sung of her heroism, but the mystery of her motives remains.

It was also featured last year on A Place to Hang Your Cape’s “Favorite Indie Comics of 2020” list.