Featuring all-new art by Davide Tinto, for the forthcoming Commanders in Crisis #9 by Steve Orlando and Tinto. This exciting new issue will hit shelves in June from Image Comics. 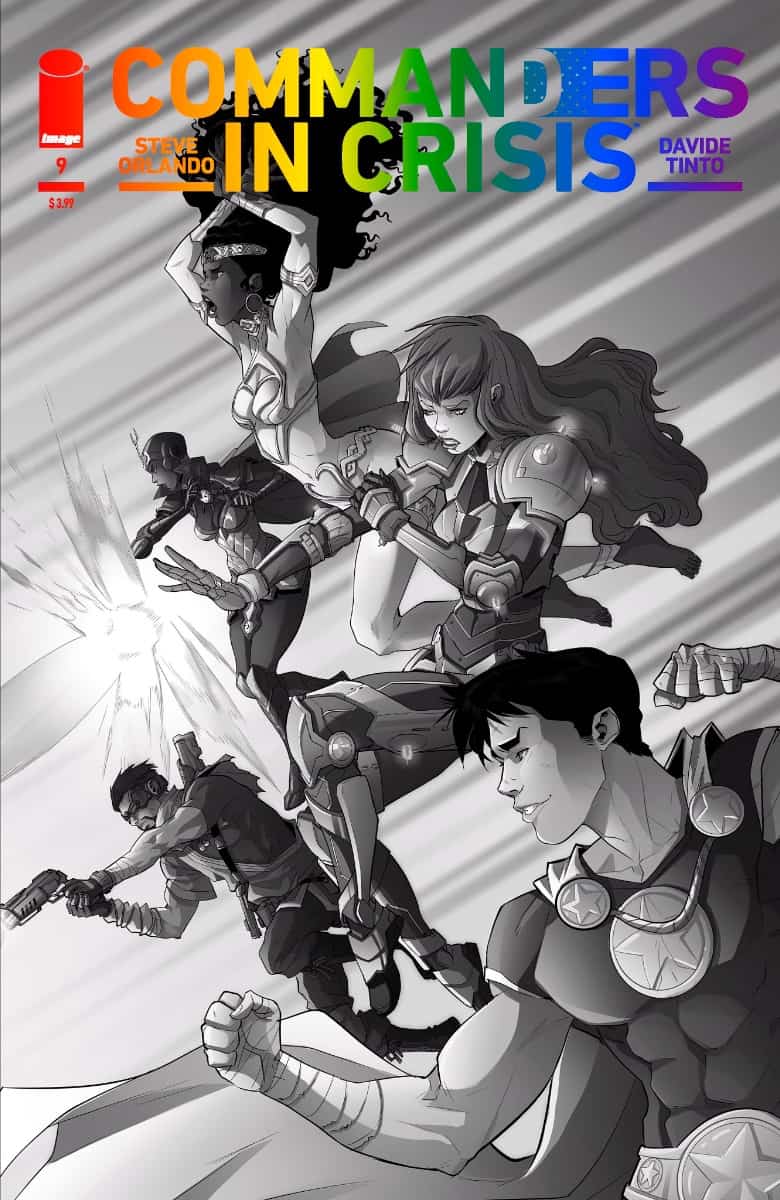 Frontier has journeyed from the birthplace of ideas to the dawn of civilization, all to find a way to resurrect empathy…but what if resurrection was never what we needed? In Commanders in Crisis #9, Frontier and Originator dive right into that question in a face off with Doctor Dracula as the Extinction Society begins its final push…to kick us all off the edge and into destruction—the Revenge Regiment strikes!

Commanders in Crisis #9 will be available at comic book shops on Wednesday, June 2:

Commanders in Crisis #9 will also be available for purchase across many digital platforms, including Amazon Kindle, Apple Books, comiXology, and Google Play.