NEWS WATCH: Conspiracies Turn Deadly in REGARDING THE MATTER OF OSWALD’S BODY #2

The day before JFK is assassinated, our four “useful idiots” have—against all odds—found a damn good lookalike candidate for Lee Harvey Oswald. Some poor bastard named Sonny Germs from Dallas. The only problem is now they have to kidnap… and kill him, which wasn’t part of the deal. As Lee makes his way downtown, the unlucky four find themselves in a chase into Dallas. What happens if they catch Sonny, and what does it mean for Lee’s plans on the fateful day, November 22, 1963? 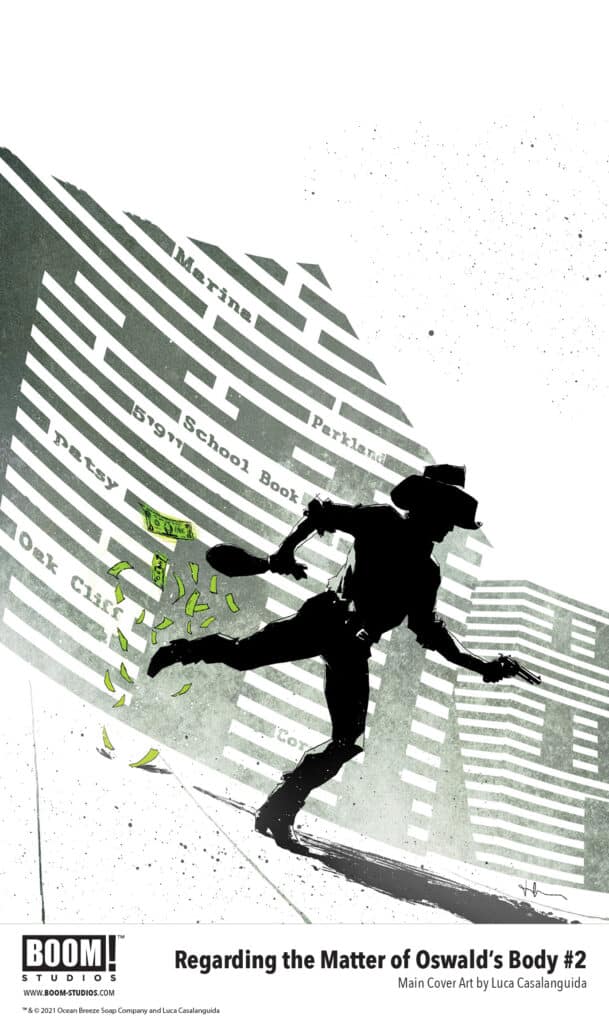 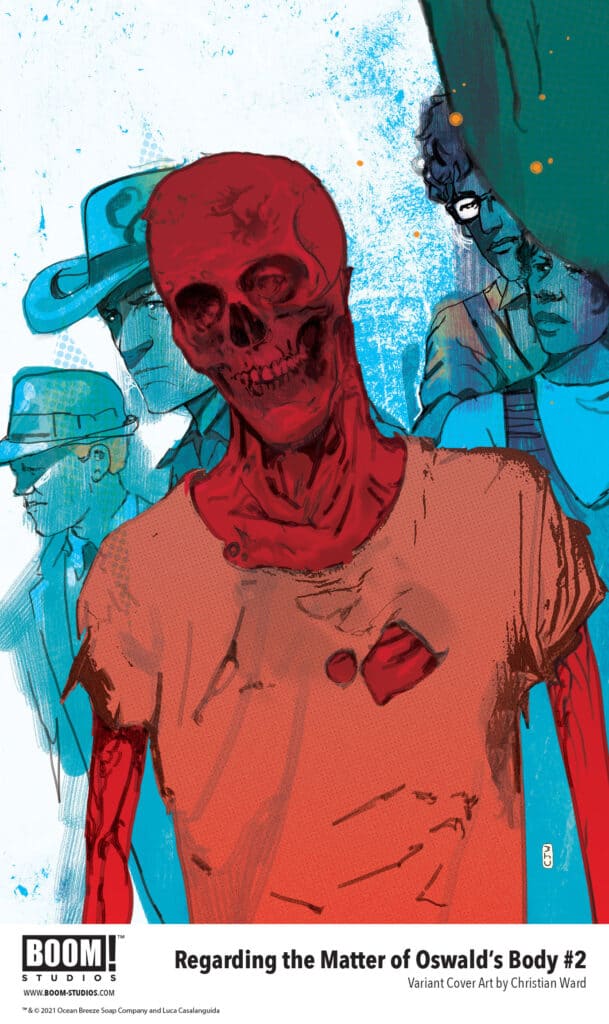 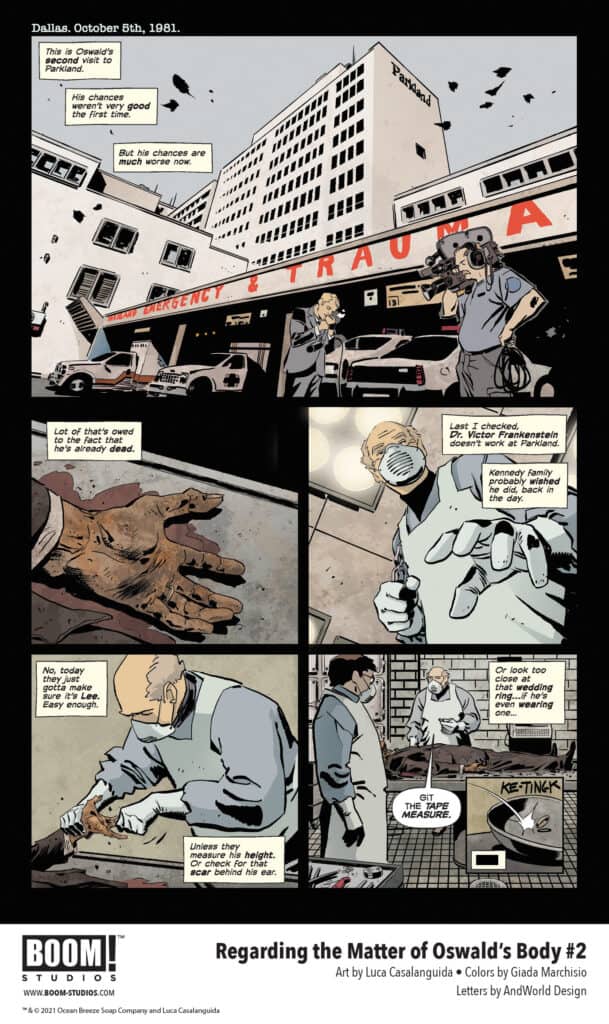 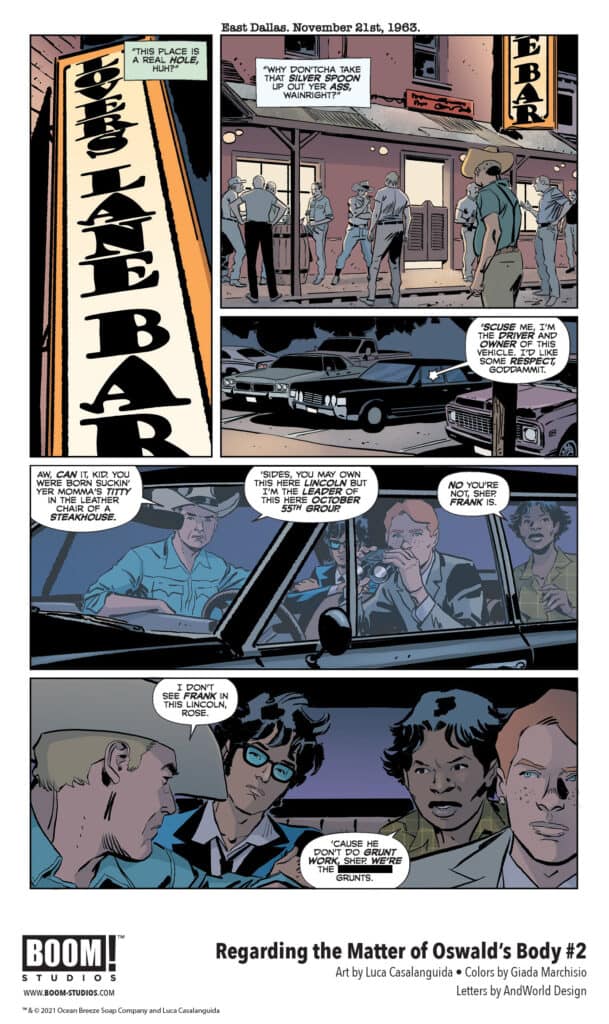 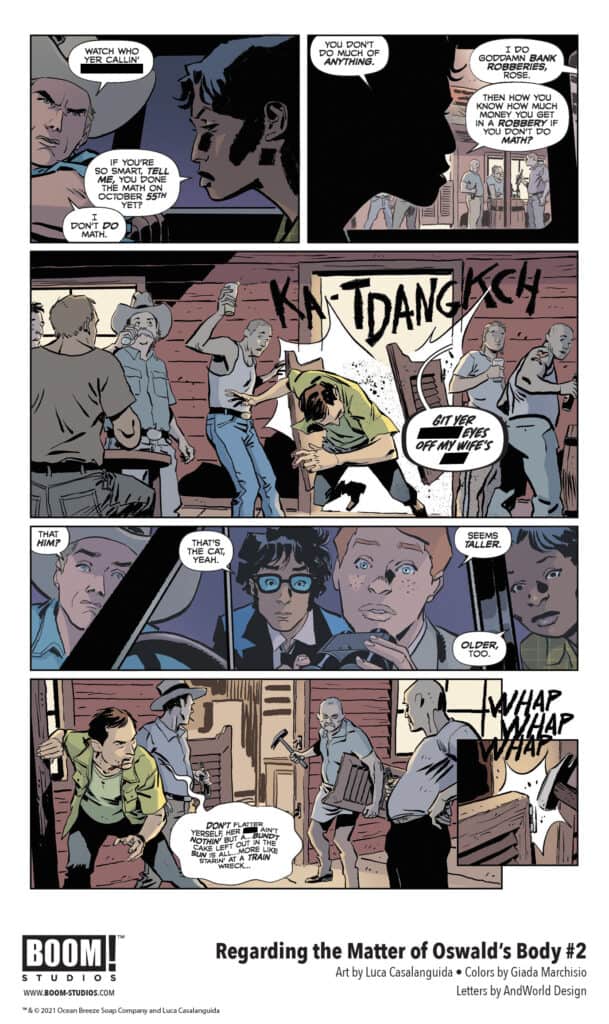 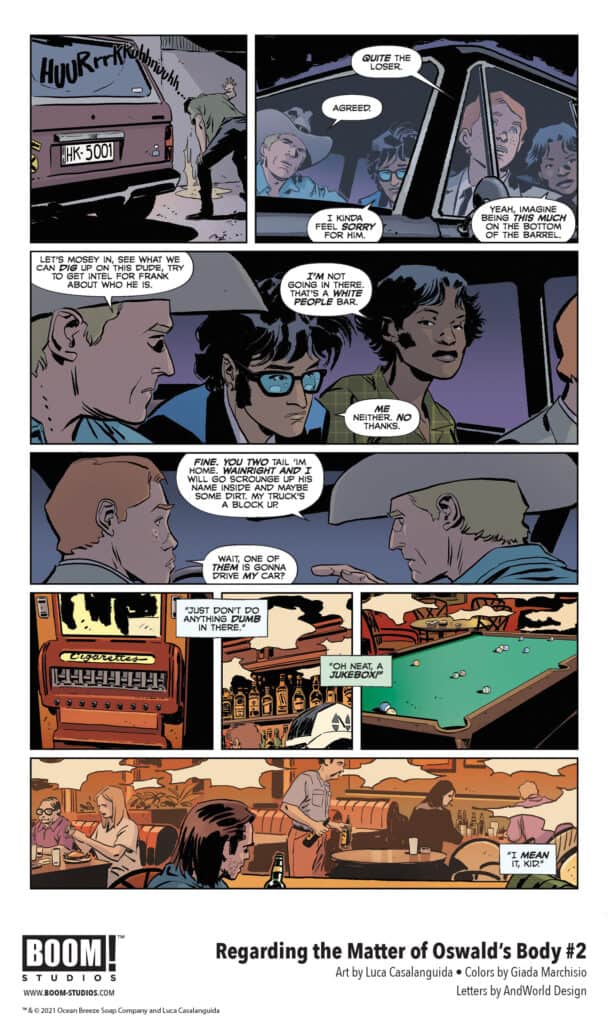 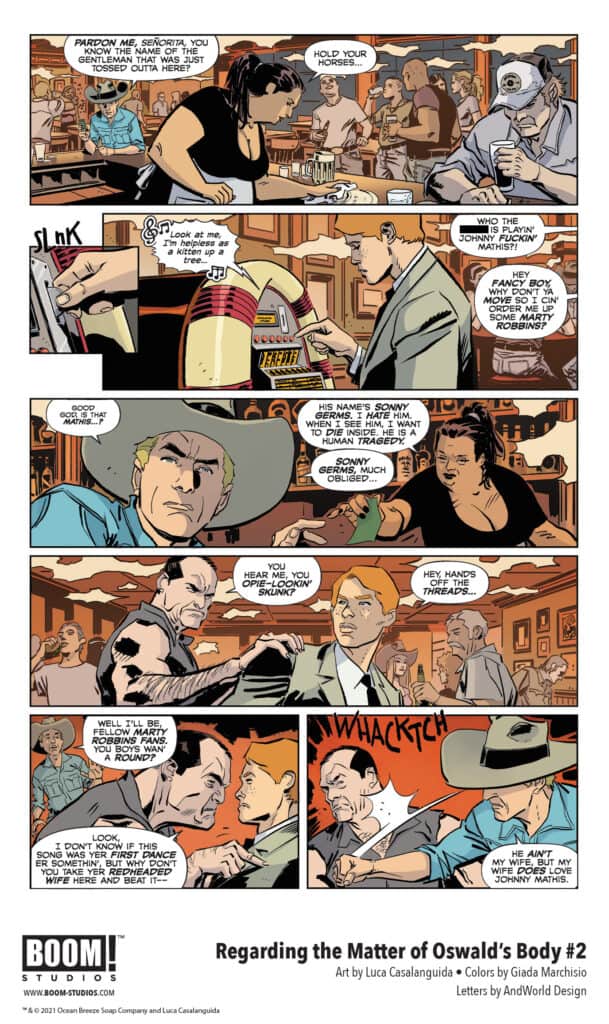 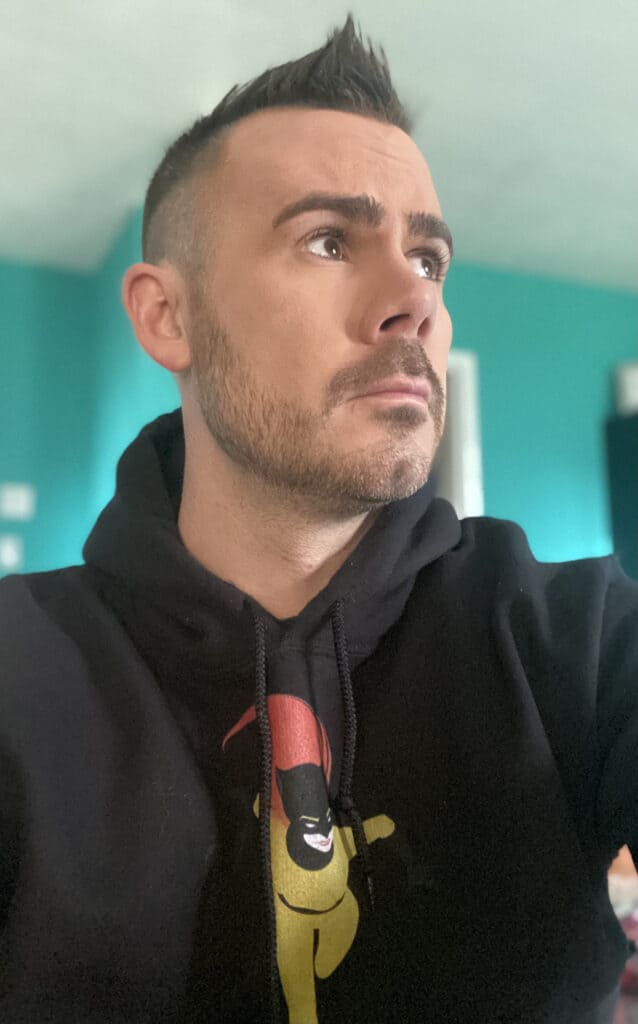 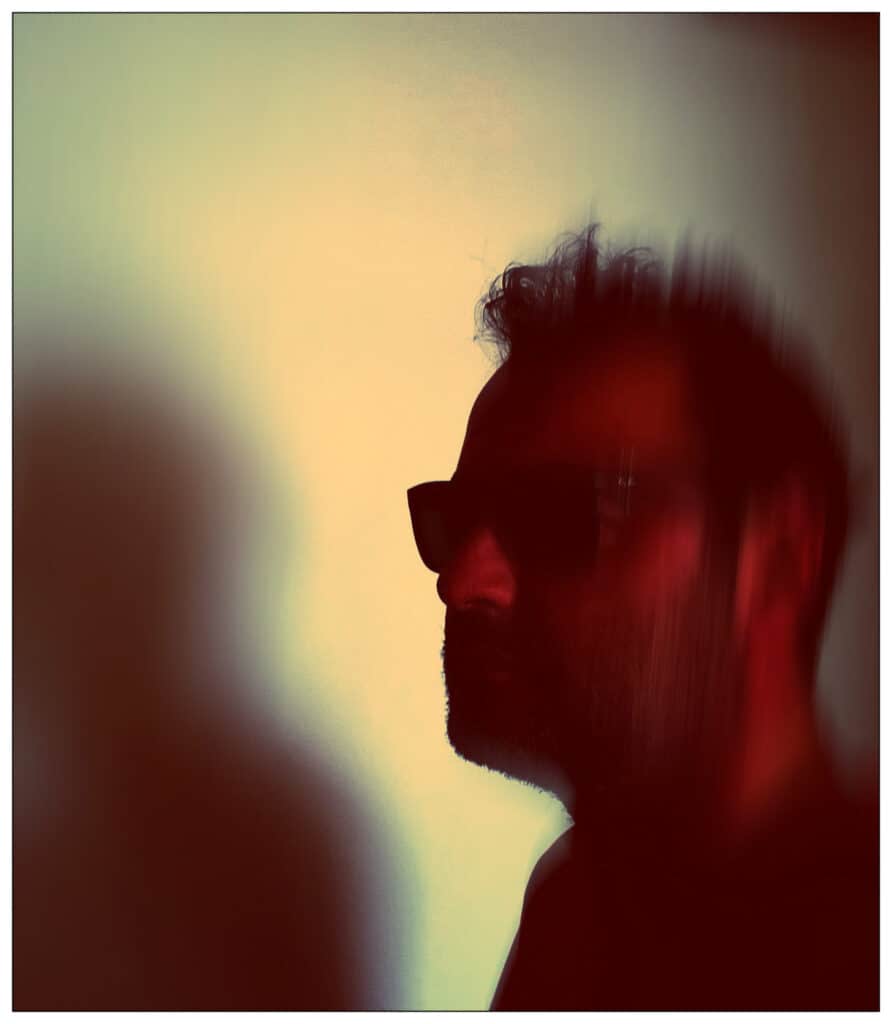 Print copies of REGARDING THE MATTER OF OSWALD’S BODY #2 will be available on December 15, 2021 exclusively at local comic book shops (use comicshoplocator.com to find the nearest one) or at the BOOM! Studios webstore. Digital copies can be purchased from content providers, including comiXology, iBooks, Google Play, and Kindle.

NEWS WATCH: Conspiracies Turn Deadly in REGARDING THE MATTER OF OSWALD’S BODY #2